Store employee: ‘I would have dropped him’ | | cullmantimes.com Skip to main content
You have permission to edit this article.
Edit 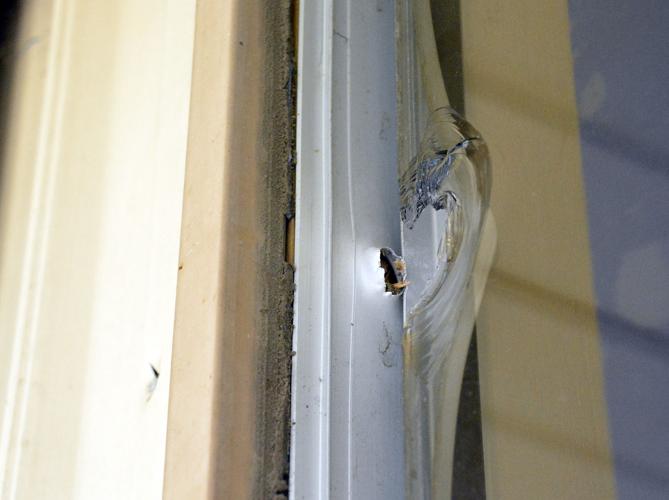 A closeup photograph shows where the shooter fired at Berlin Plaza Quick Stop. 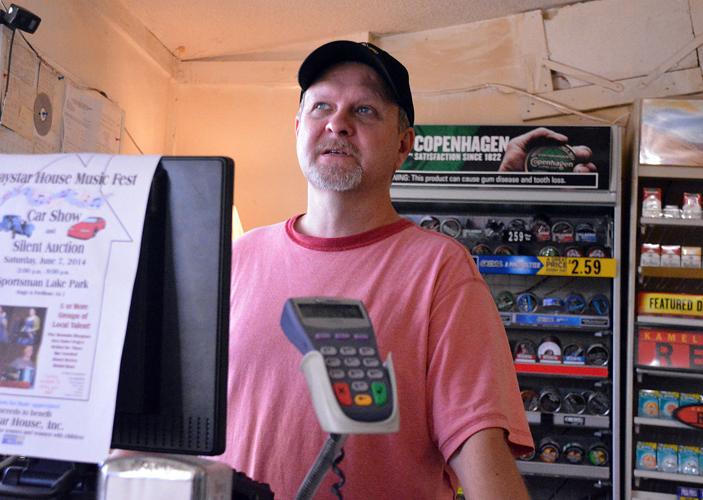 Berlin Plaza Quick Stop owner Chris Abbott says he is thankful that customers and those attending a karaoke party next door were not harmed.

A closeup photograph shows where the shooter fired at Berlin Plaza Quick Stop.

Berlin Plaza Quick Stop owner Chris Abbott says he is thankful that customers and those attending a karaoke party next door were not harmed.

Just as a shot rang out at the Berlin Plaza Quick Stop Sunday night, Mike Hays went for his gun inside the store and stood within a few feet of the shooter.

Within a matter of seconds, Hays said he could have stopped the killing of 59-year-old Berlin resident Raymond Earl Brooks. But like the stunned patrons inside the store and next door at the karaoke club, he had no idea of what else was about to occur.

The man charged with the shooting, Jay Maynor, 41, of Cullman, had just pulled up at the traffic signal at U.S. 278 and County Road 747, where the store is located. According to store owner Chris Abbott and Hays, who cooks barbecue at the store, Maynor apparently spotted  a young man waiting in a car outside who was allegedly dating the shooter’s step-daughter.

“He put his kickstand down and pulled out a pistol and stepped forward about 10 feet into a low area and fired off a shot toward the guy. That’s probably why it went high,” Hays said. “The boy ran inside and hid in an office and the man came inside. He looked calm but focused. By that time I had grabbed my pistol and walked out in front of him. He had a black pistol in his hand, down by his side. If I had known what he was going to do next I would have dropped him right there. I had about three seconds.”

But just as soon as he spotted Maynor, he soon turned around and left, getting on his motorcycle and speeding off to the east on Highway 278. Hays said he jumped in his truck and attempted to follow the man but lost him a short way down the highway.

“I went on down the highway a bit and finally turned around and came back and saw the state trooper car,” Hays said.

By that time, Brooks was dead and his mother was injured at a house in a lightly wooded area facing the highway.

Hays said he pulled into the area and came across a neighbor who was searching for Brooks after hearing three gunshots.

“People were looking all over the place and then he was found just next to the porch. His mother was laying on the porch bleeding. She apparently fell through a glass door and was cut up,” Hays said.

Abbott said he arrived at the store after the shooting. He said several patrons were in the store at the time of the shooting. Next door, a children’s party was under way at the karaoke club. He estimated 25-30 people were at the party.

“From everything I understand, the young man who was shot at was waiting outside for a pizza with his mother,” Abbott said. “Everyone who works here knows where to find a gun.”

The single shot fired at the young man struck a store window. Abbott said the shot penetrated several layers of material but did not pass through the remaining one inch of glass.

“A lot of people could have been hurt. Everyone was just stunned at what happened. From what everyone told me, the shooter didn’t seem to be focused on anything but that boy. I guess he looked around and decided he’d lost him and left,” Abbott said.

Hays said he was aware of several customers being inside the store and also thought of the party next door.

“If that man had fired off several shots, someone would have been killed or hurt,” Hays said. “But I wish I had dropped him, knowing now what he was up to. It all ended bad.”