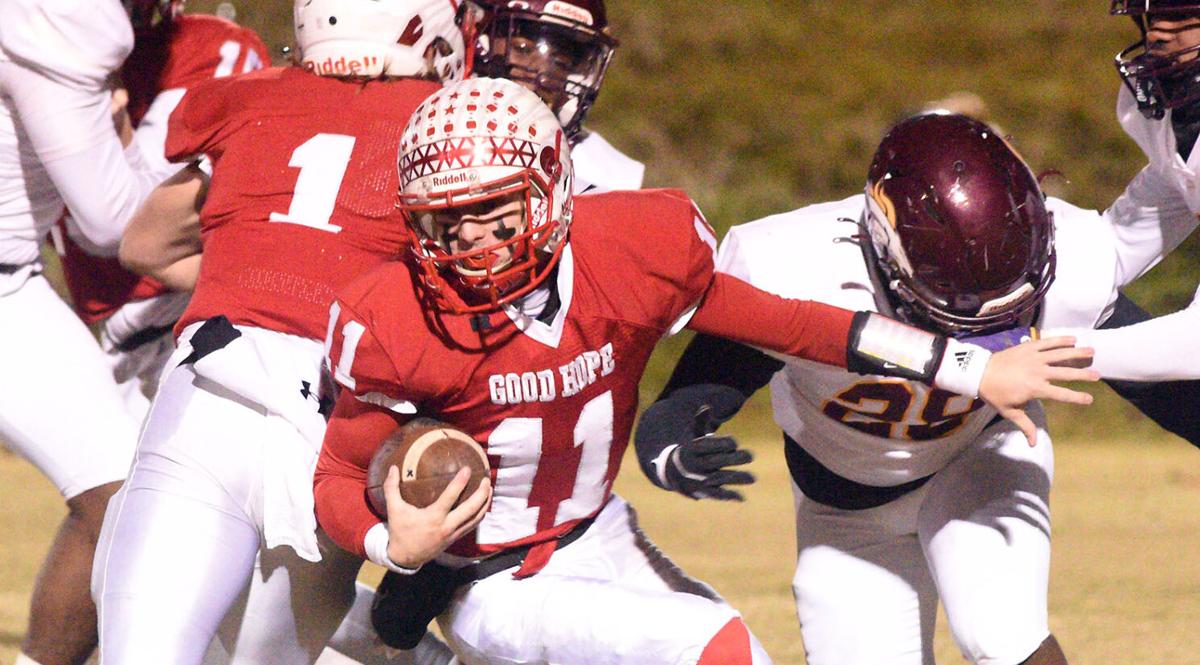 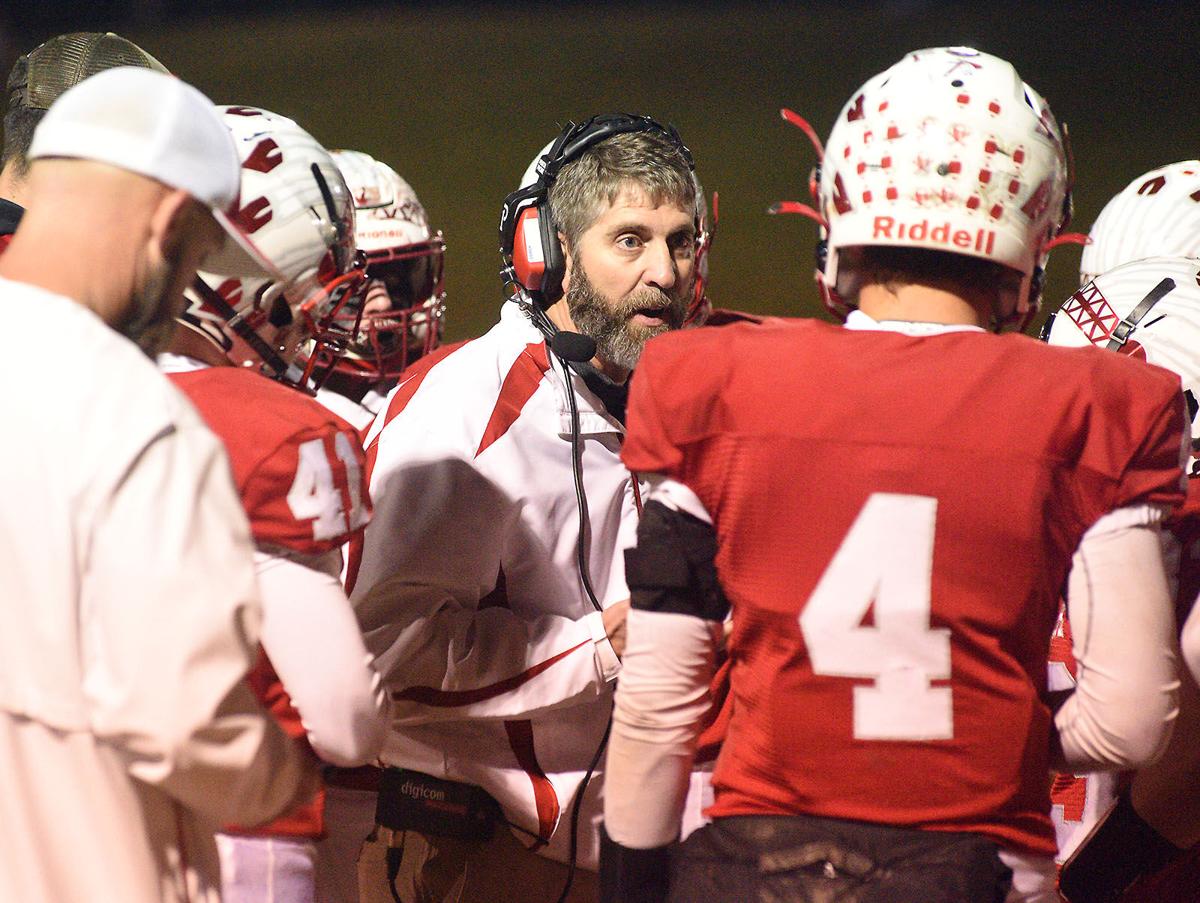 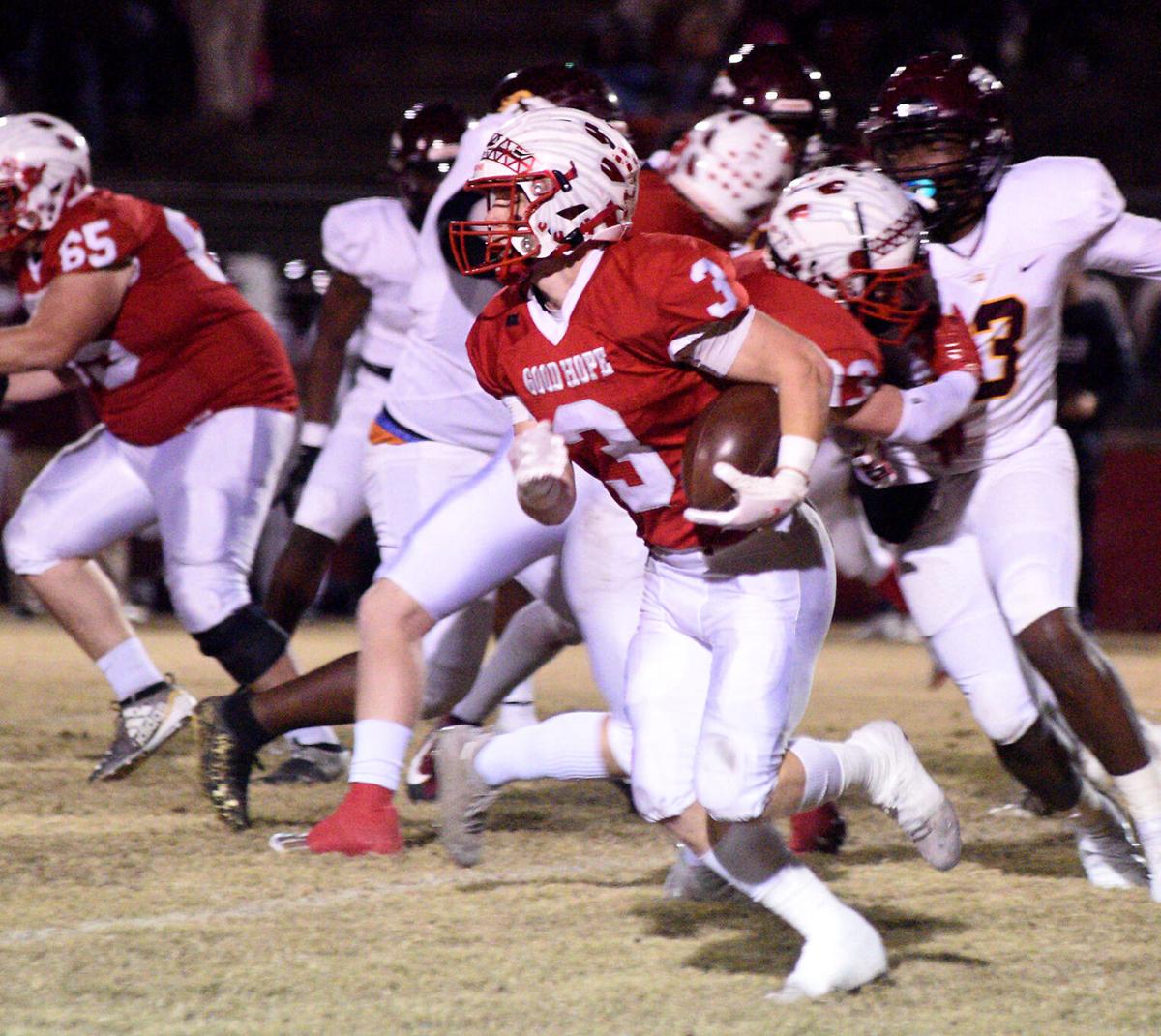 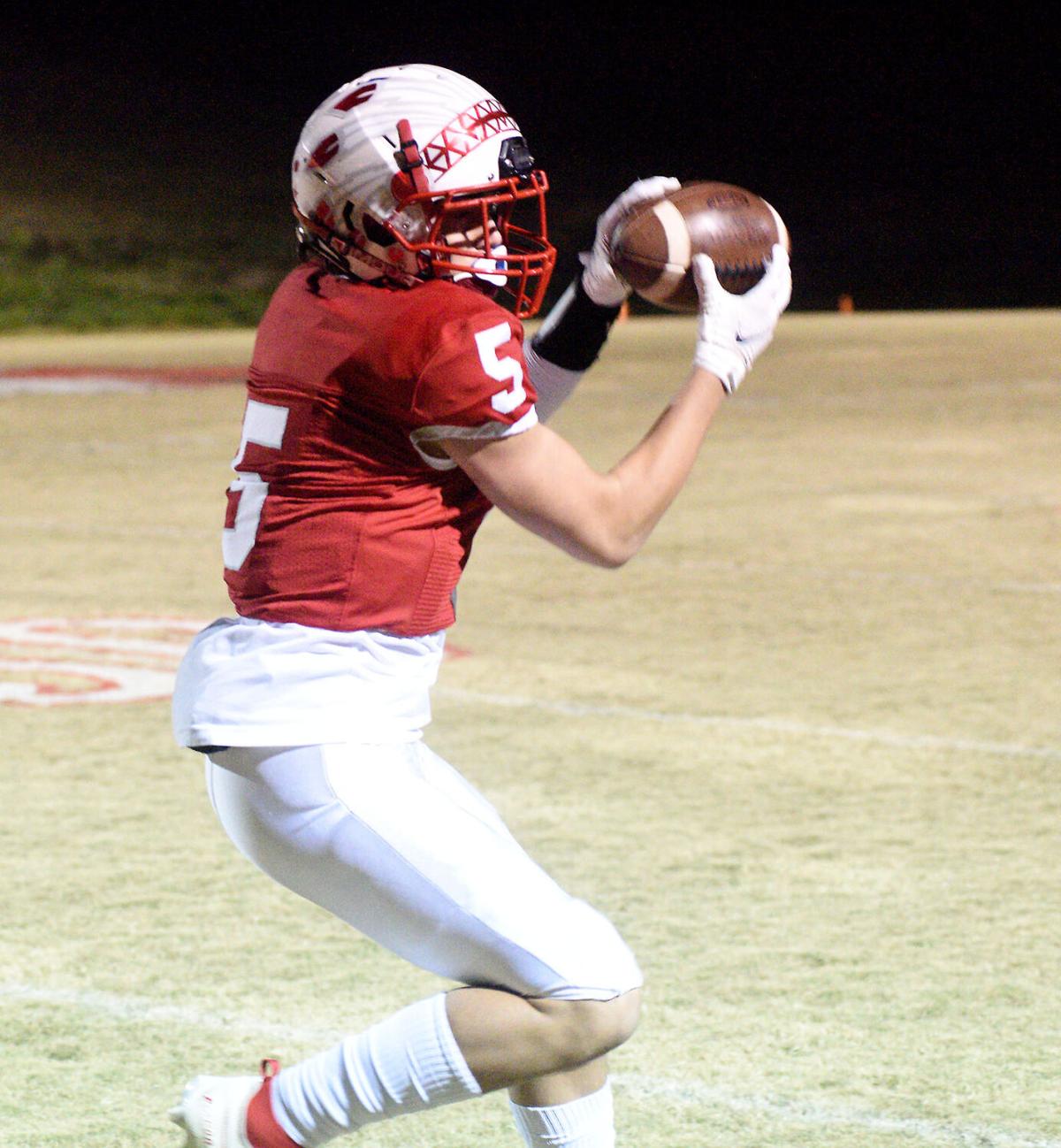 GOOD HOPE — Alan Scott spoke with a pride that came through loud and clear.

He and his gritty band of Raiders fell short Friday night, dropping their Class 4A quarterfinal clash against No. 1 Madison Academy 35-28, but the Good Hope coach couldn't have been more proud of the effort, guts and fight his guys displayed throughout the back-and-forth contest at James W. Shabel Stadium — even if the desired result didn't come to pass.

"Sometimes, after a loss, you feel like you didn't have enough time," Scott said. "Hats off to our guys. They never quit. They never flinch. They always battle. These seniors — they're going to remembered forever around here, and rightfully so. They have a lot of heart, and I love them all."

In the first quarter, it looked as if the Mustangs (12-1) were going to gallop into the semifinals.

Will Stokes scored from 10 and 5 yards out, respectively, and Carson Creehan hooked up with Jailen Holmes for a 72-yard touchdown connection to put the visiting team up 21-0 in the blink of an eye.

"It couldn't have gone much worse to start with, but our guys kept battling and kept believing," Scott said. "We talked about getting the game into the fourth quarter, and we did that."

The Raiders' comeback began in the second frame following a 10-yard touchdown dash by Ethan Anderson to make it 21-7.

Later in the period, Tanner Malin delivered a 30-yard touchdown pass to Jager Burns — the senior wideout made a heck of an adjustment mid-air and fought off a Madison Academy defender to come down with the ball — that pulled the Raiders to within seven points (21-14) heading into intermission.

Good Hope rode that momentum into the third quarter, tying the game at 21-apiece on a 2-yard scoring dash by Anderson.

Stokes (1 yard) and Anderson (2 yards) traded touchdown runs on their team's next possessions to make it 28-28, but Stokes once again put the Mustangs ahead with an 11-yard scamper late in the game.

On their final possession, the Raiders got behind the chains after driving into Madison Academy territory with less than two minutes remaining. And, after Malin's fourth-down throw missed its mark, the Mustangs drained the clock to notch the road victory. They'll play Oneonta in the semifinals for a spot in the championship game.

"I'm not ashamed of how we played," Anderson said. "I'm proud of all my guys. Being down 21-0 in the first quarter and barely losing tells you a lot about the character we have, the guys we're surrounded with, and the love we have for each other. Even though we lost, I'm proud to be a part of this."

Anderson finished with 116 yards and three scores on 19 carries.

For Madison Academy, Stokes carried the ball 28 times for 181 yards and four touchdowns.

Creehan completed 12-of-17 passes for 178 yards and a score, and Holmes reeled in five catches for 104 yards.

And the aforementioned senior class leaves behind a tremendous legacy and standard for those following in its footsteps.

In four seasons, the Raider seniors were responsible for 38 wins, 19 region victories, five playoff wins and four postseason berths — and that's just the tip of the iceberg for Scott.

"They set the bar high, didn't they?" the coach opined. "What a fun ride it's been with them. They're all great young men, and they all give you everything they've got every single day. It was a blast to be around them, and it's really an honor to have been their coach. These guys bought into everything I told them, and I just hate we came up short.

"It seemed like we had it going, but Madison Academy is a great team. Best of luck to them moving forward."

For Anderson, Friday marked the last time he'll don a Red and White jersey on the playing field.

He hopes, though, that he and his teammates' contributions will help shape the program for years to come.

"It started with the guys before us, but we did our best to lead these guys and set an example for them to follow," Anderson said. "I love these guys, and I love my coaches. Every single one of them is like a father figure to me. Just being around all of these people has been the greatest thing."