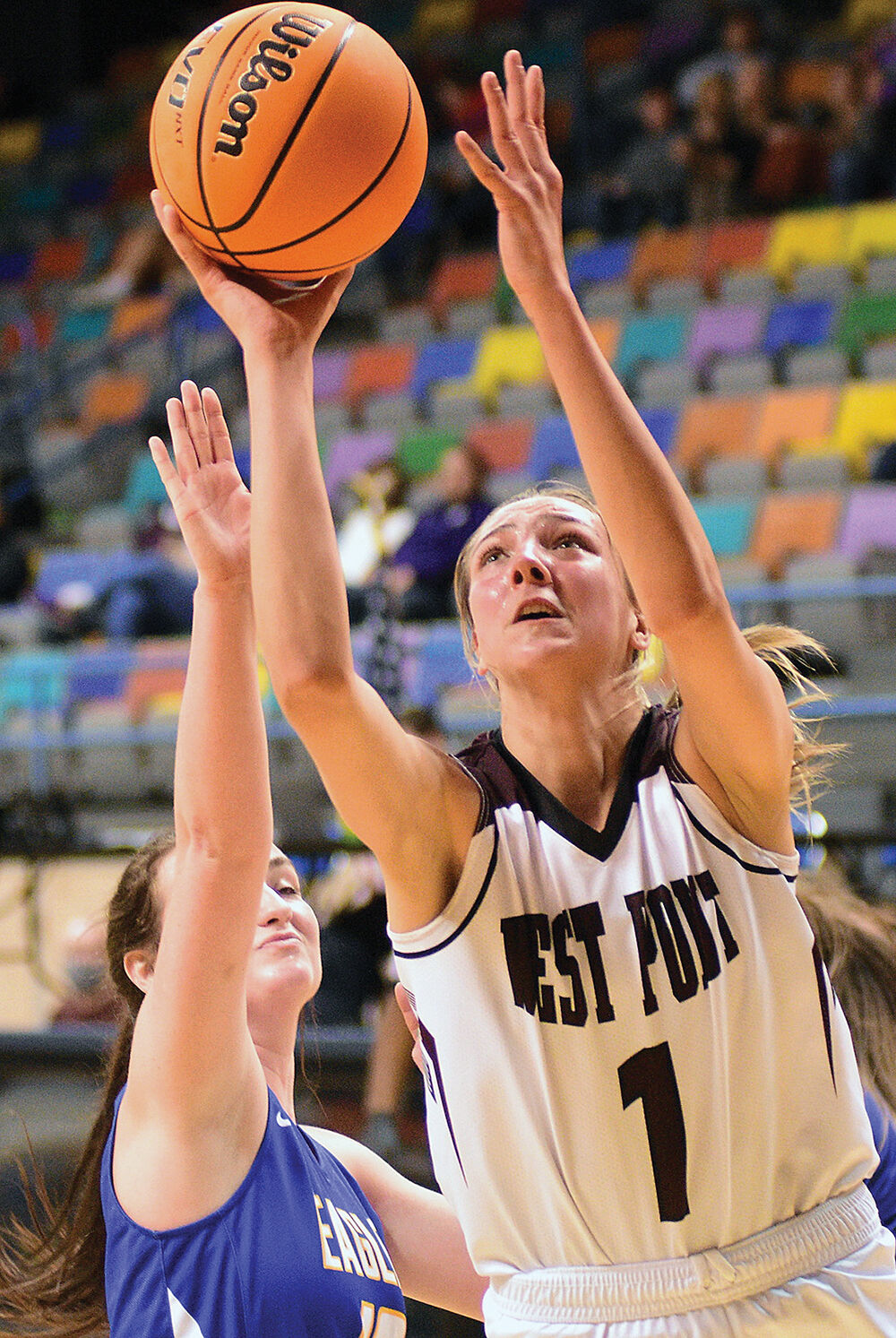 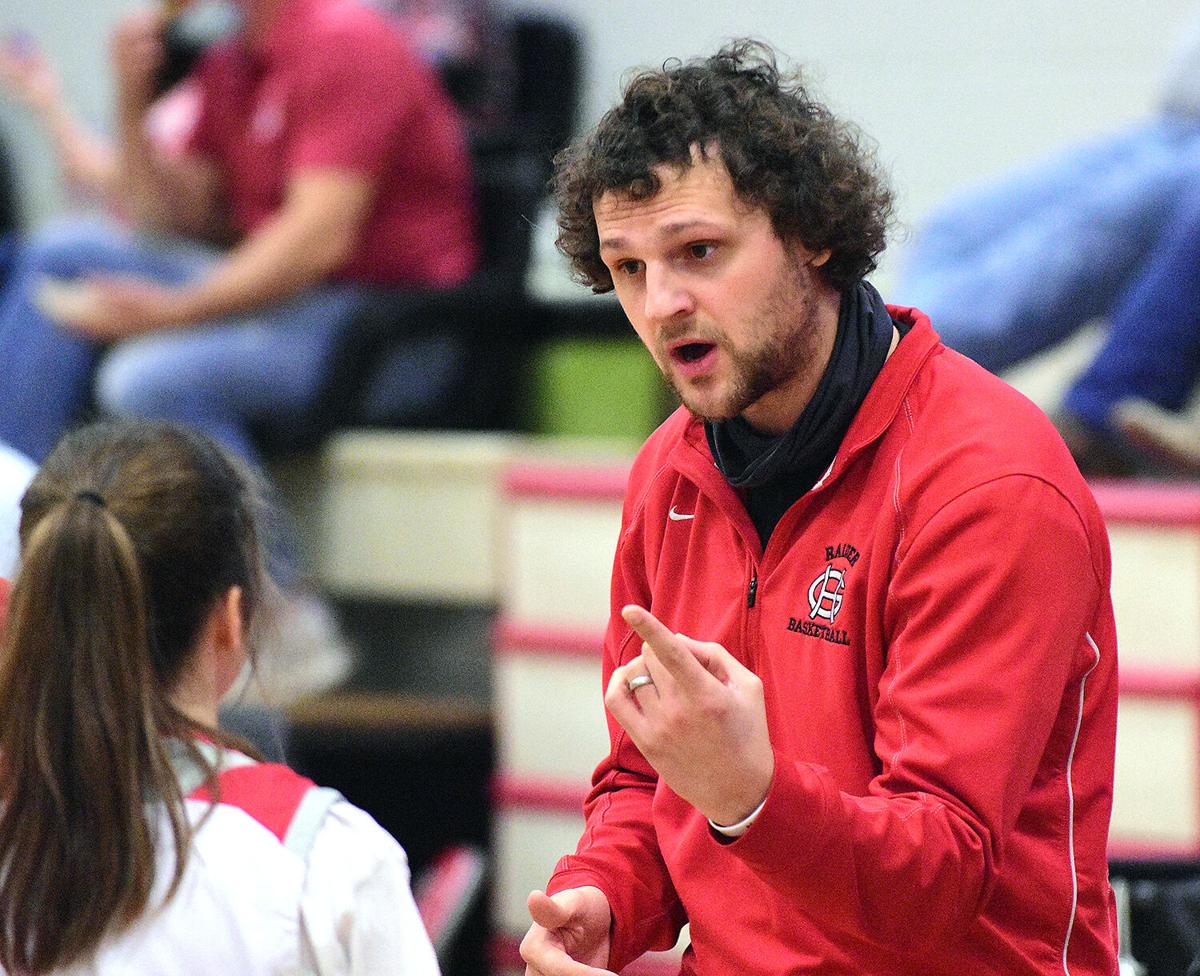 Ask any local basketball coach about Lexi Shadix's game, and the descriptions can be endless.

"She was just a ballplayer."

"She made everything look so easy."

"She was basically unguardable."

But here's a little bit more about Shadix, anyway.

The West Point standout capped off an exceptional basketball career this past season, finishing her tenure as a five-year starter with 2,100 points and 1,200-plus rebounds.

Shadix also played a critical role in helping West Point's varsity girls reach the Sweet 16 in 2019 and the Elite Eight in 2020.

According to her coach John Welborn, Shadix improved each and every season — starting as a lanky eighth-grader and concluding as one of the best to come through the program.

"She was just a ballplayer," he said. "Just a natural ballplayer. Lexi had the height and the length, but she also had basketball smarts and IQ. You could tell that from a young age. To be so tall, she could handle the ball. And as skinny as she was, she was pretty strong. She got better as she got older. On top of all that, she was a really good shooter, too. That made her really tough."

All those reasons and more are why Shadix is The Times' All-Area Girls Player of the Year.

Here's what some other area coaches had to say regarding Shadix:

"There are not many girls who are built the way she is. She made everything look so easy, always so smooth. She was so difficult for us to guard throughout her career. We really just never had the right matchup for her — a lot of teams didn't. She's a great player, and it seems like a great young lady as well." — Cold Springs coach Tammy West

"Her length ... she's so long and affects so much on the defensive side. She's also one of the best 3-point shooters I've seen for her length. We tried to spend a lot of time on boxing her out, and we talked a lot about us not being able to shoot over her. You had to put some distance between her and you." — Holly Pond coach Andrew Kelley

"Her size with her athleticism is so hard to match, and she shoots the ball well. She was basically unguardable. We wanted to make her shoot off the dribble, because if she ever caught one with a clean look, she'd knock it down. She could get to her spot and make things happen." — Vinemont coach James Brown

Good Hope's Justin Aby secured Coach of the Year accolades after guiding the Lady Raiders to impressive highs during his second season at the helm. Under Aby, Good Hope notched a 25-10 mark, earned the Class 4A, Area 11 Tournament title, advanced to the Sweet 16 for the first time since 2017 and defeated No. 5 Deshler to reach the Elite Eight for the first time since 2012.

He accomplished all those feats starting three freshmen, a sophomore and a junior.

The Tetro twins and Campbell were bumped up from last year's honorable mention pool.

The All-Area Team was handpicked myself after reviewing the 2020-21 season and speaking with our local basketball coaches. However, with a limited number of spots available, it's possible some deserving candidates were left out.

See below for The Times' complete 2020-21 All-Area Girls Basketball Team.

Player of the Year