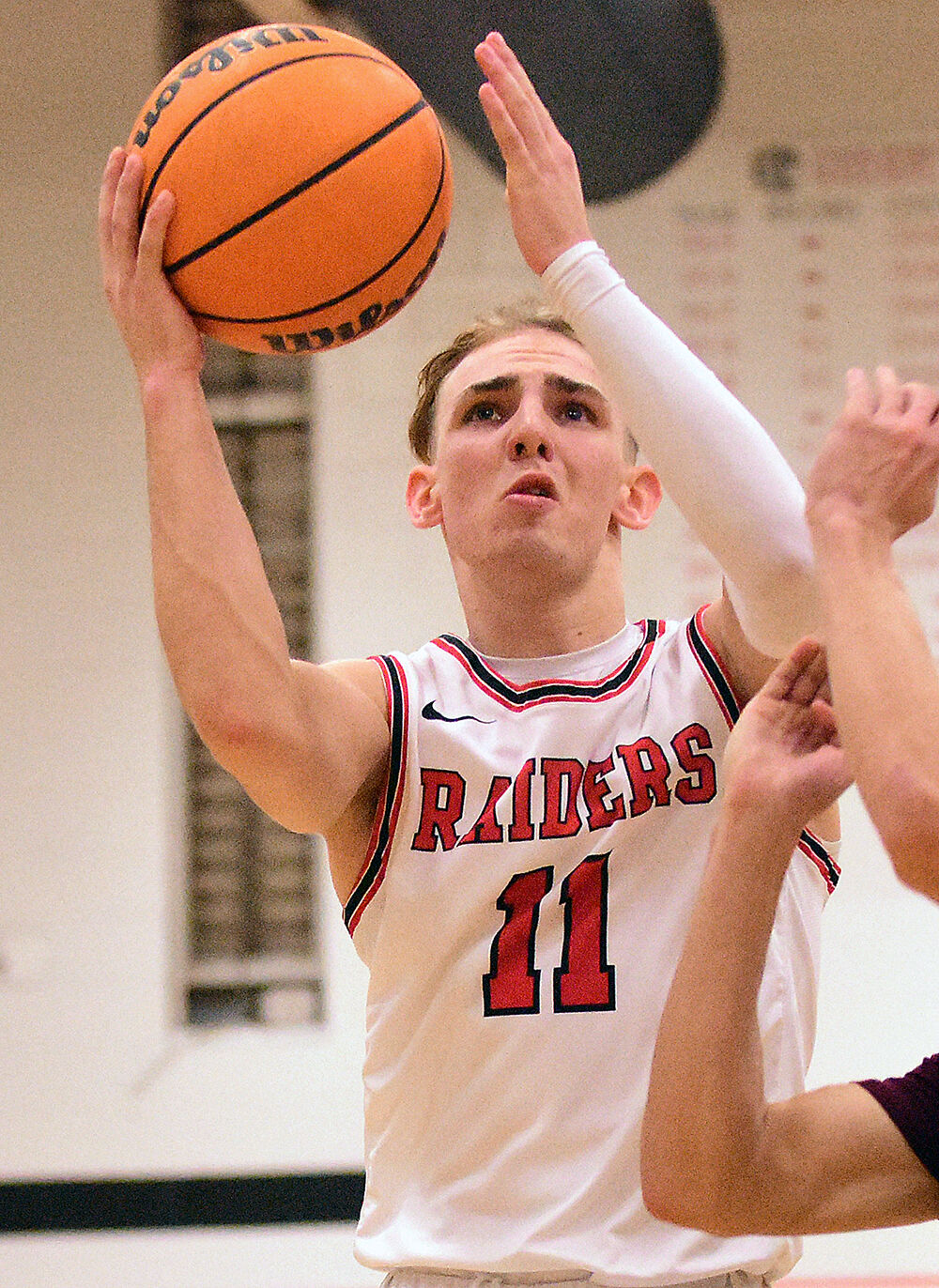 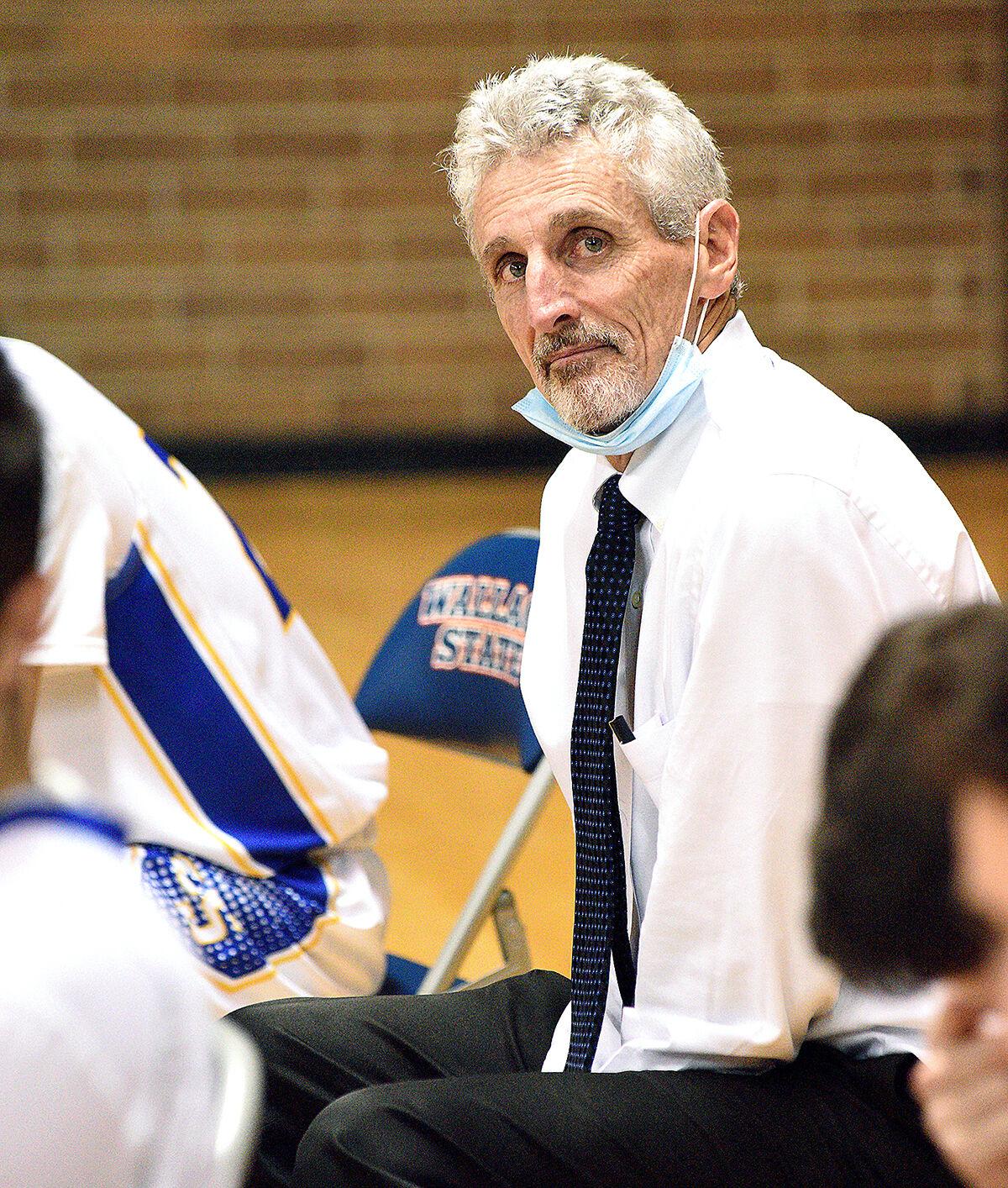 Good Hope's varsity boys had some serious holes to fill entering the 2020-21 season.

The Raiders, fresh off a 26-win campaign and Sweet 16 bid, needed to replace four experienced starters and 92 percent of their team's offensive output — an arduous task by any measure.

Luckily for the Red and White, Tanner Malin did just that.

And now, he's The Times' All-Area Boys Player of the Year.

His contributions helped the Raiders achieve a 23-8 mark, and his ability to get to the basket and create for his teammates allowed the Red and White to stay in nearly every one of their matchups — seven of their eight losses were decided by six or fewer points.

"We didn't know how good Tanner was going to be," he said. "But as good as we thought he'd be, he exceeded our expectations. If No. 11 was in the game, we had a chance to win. Not only is he incredibly quick, but he was comfortable out there and made good things happen. Even if Tanner wasn't playing great, he was a creator. And his confidence gave us a chance.

"Really good players are obsessed with being great. And there's never a moment Tanner misses an opportunity to get in the weight room or the gym. We always preach to our guys that success doesn't come easily, and Tanner has set a really good example for that."

Here's what some other area coaches had to say regarding Malin:

"The biggest thing for me was his speed with the ball in his hands. He got from one end to the other just about as quick as anybody, and his finishing ability at the rim was great. What really impressed me most, though, was his leadership. They lost one heck of a senior class. Tanner, though, could just take games over. I didn't see that coming. It's unbelievable how much better he got from his sophomore to junior season. He's a special player." — Vinemont's Preston Boyd

"He's really disciplined and really athletic. He turned himself into a skilled basketball player. He's not limited in anything — he's good at everything. He's also a really good competitor that you had to have a gameplan for every time you played Good Hope." — Hanceville's Stephen Chandler

"Some guys are fast, and some guys like to play fast. And I think there's a difference. That's the thing (his speed) that stood out to me most watching him on film, and my opinion didn't change after watching him in person (laughs). He just wants to play fast. He never geared it down. You had to deal with him defensively and then deal with him in transition. He put a lot of pressure on you defensively, because you had to get back and get gaps closed down. He'll beat a lot of guys one-on-one, so you have to try to get numbers back and make him feel like he has to beat two or three people." — Cold Springs' Tim Willoughby

Willoughby claimed Coach of the Year honors after guiding the Eagles to a 22-6 mark — their best campaign since 2016-17. Under Willoughby's watch, Cold Springs also secured its first county tournament title since 2014 and netted the Class 2A, Area 13 Tournament crown en route to reaching the Sweet 16 for the first time since 2015.

Bowers was second-teamer in 2019-20 as well, while Calvert, Hill and Cleghorn moved up a level from the honorable mention pool.

The All-Area Team was chosen myself after reviewing the 2020-21 season and speaking with our local basketball coaches. However, with a limited number of slots available, it's possible some deserving candidates were left out.

See below for The Times' complete 2020-21 All-Area Boys Basketball Team.

Player of the Year

Vinemont: Will Rhodes and Collin Teichmiller

Funeral services for Joe Delano Ozbolt, 88, of Eva, will be at 12 p.m. on Tuesday, June 22, 2021, at Hamby's Chapel United Methodist Church with Bill Stone and Charley Brown officiating; burial at Hamby's Chapel Cemetery. Visitation will be from 11 a.m.-12 p.m. prior to service. Cullman Heri…