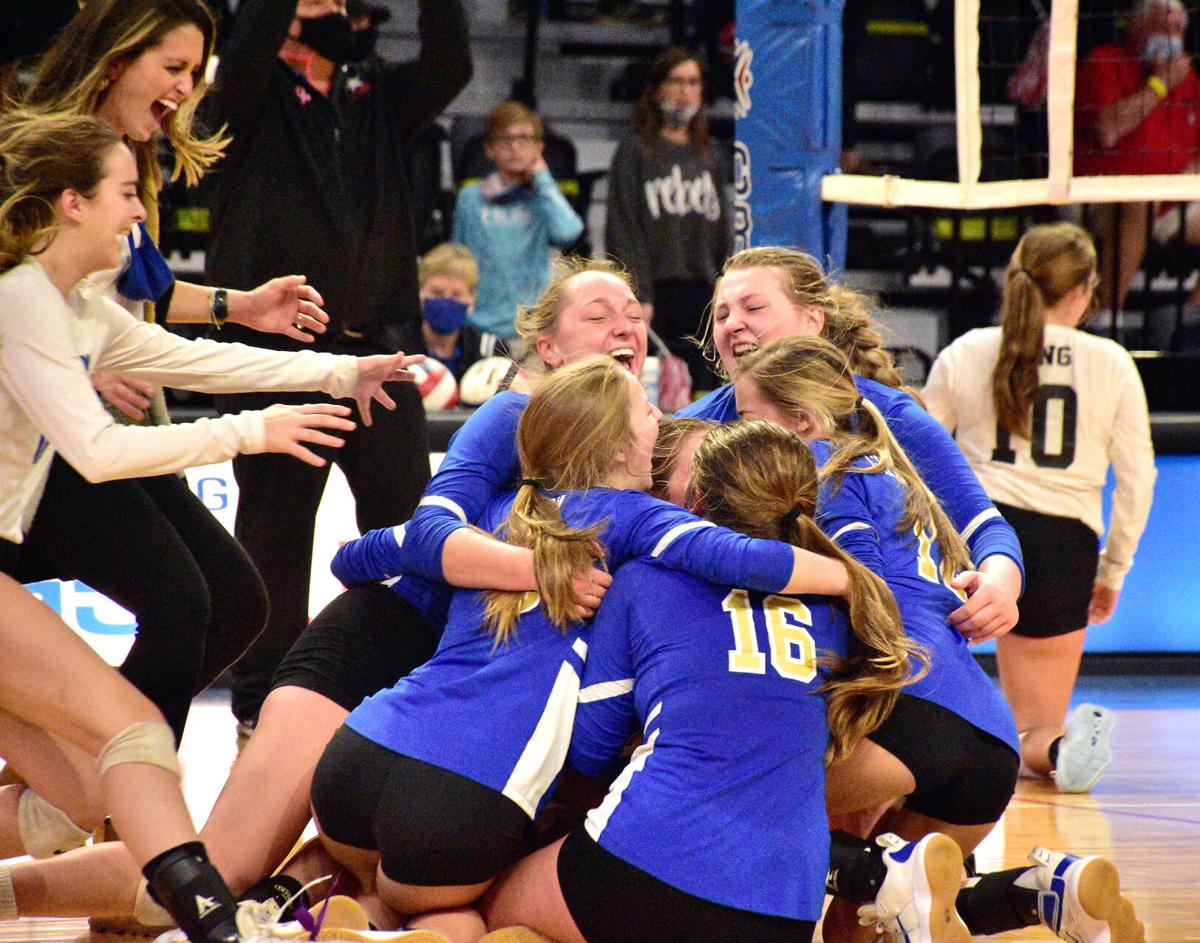 Addison dogpiles after winning on Wednesday. 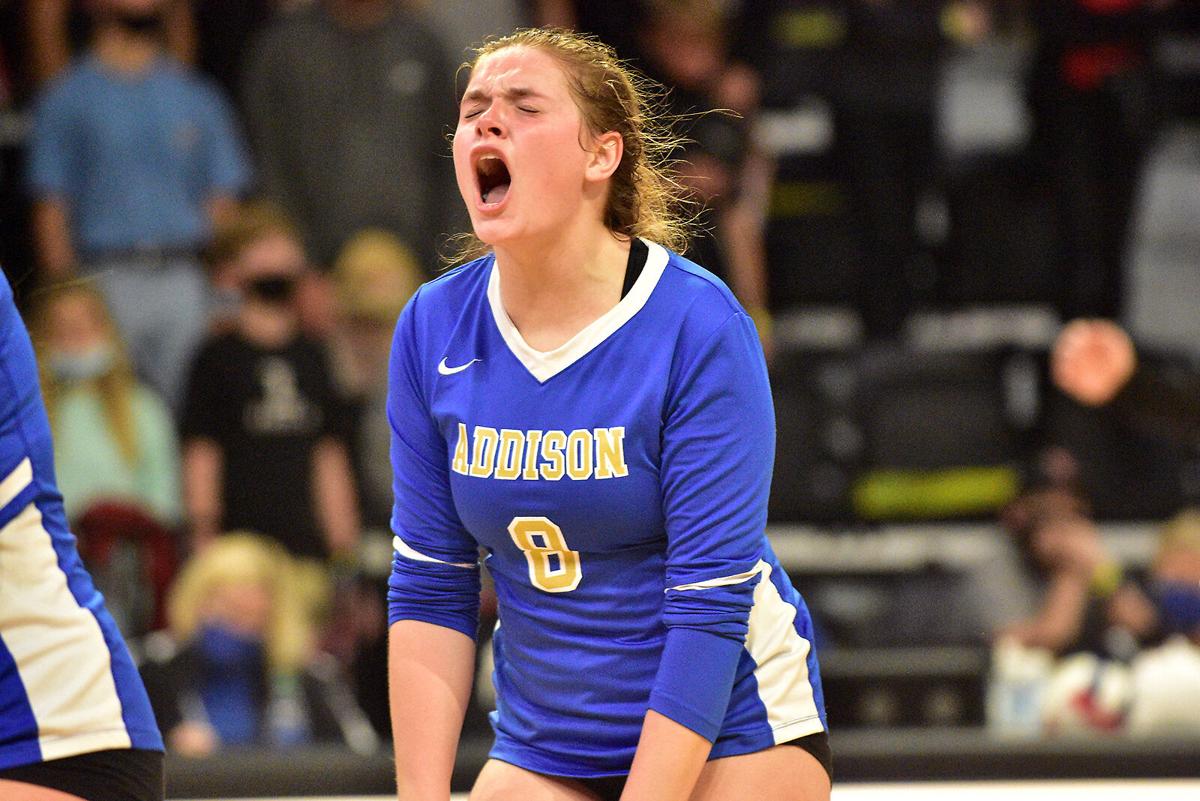 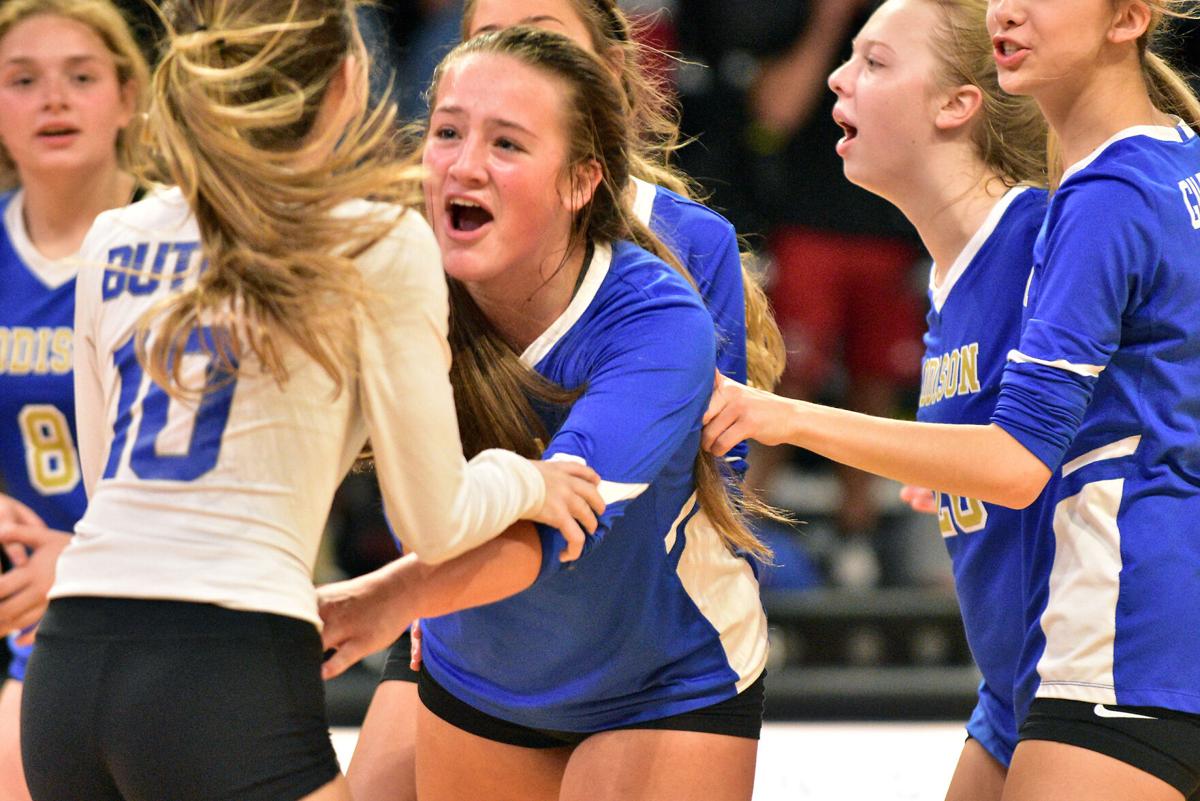 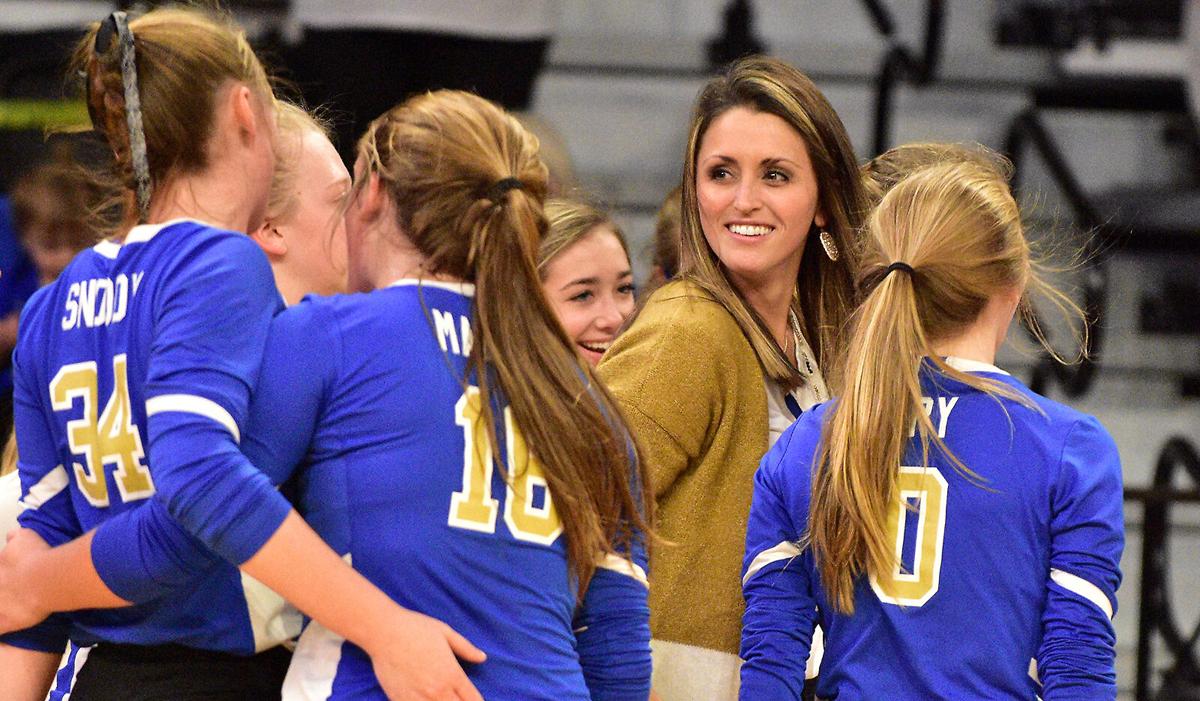 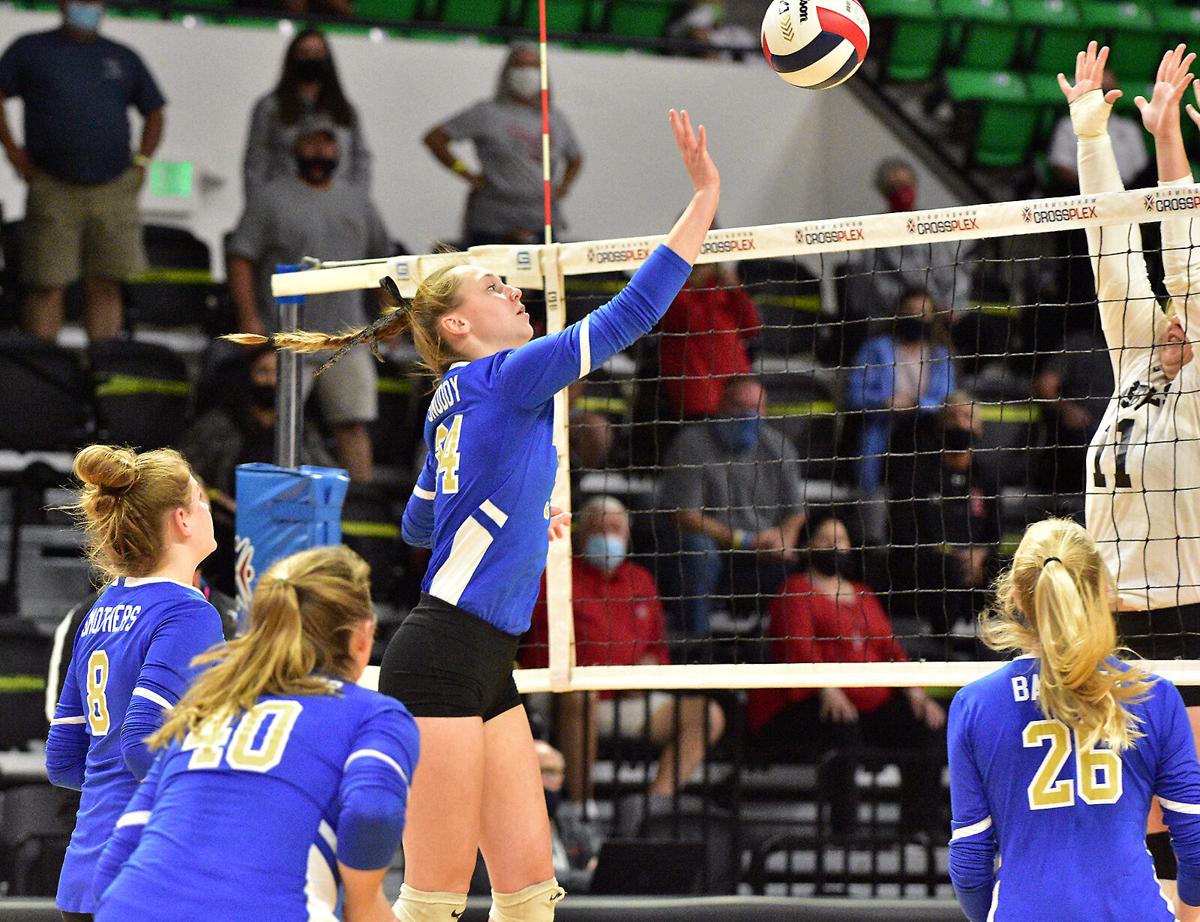 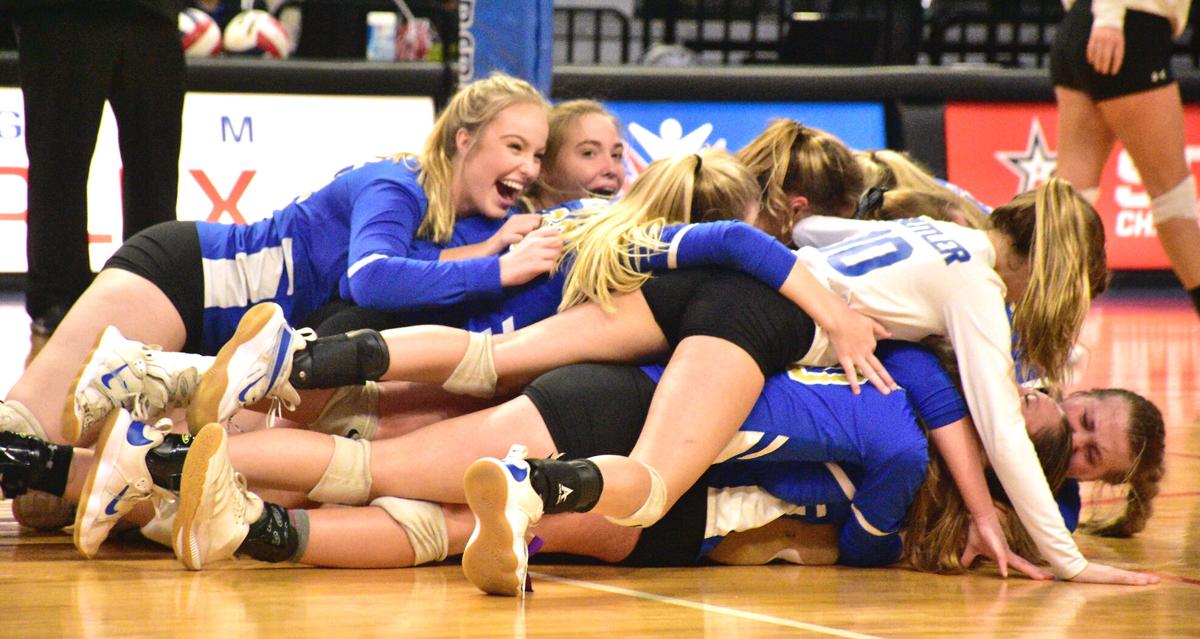 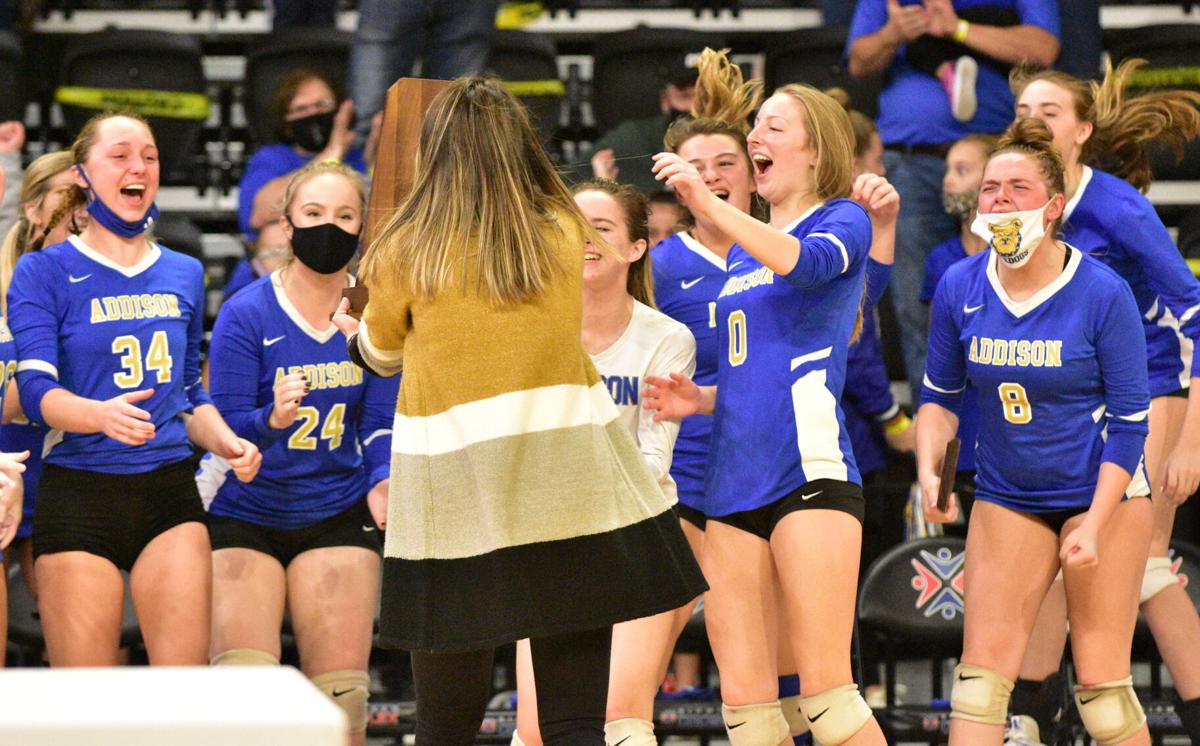 BIRMINGHAM — Guess who’s back, back again. Bulldogs back, tell a friend.

The No. 2 Lady Bulldogs (37-16) avenged last year’s championship loss to the Lady Rebels (32-5) en route to collecting their seventh Blue Map in eight seasons and 12th in program history.

Just another day — albeit a productive one — at the office for Addison.

“I couldn’t be any prouder,” first-year coach Kaydi Woodard said. “At the beginning of the season, I was kind of doubting myself. I thought, ‘I don’t know if we have what it takes this year.’ But they did have it. They came together. They decided after we played our last 4A team (Curry) that they were not going to lose another set. Until today, they didn’t.

“They set and reached that goal, and then accomplished the ultimate goal today.”

Addison breezed in the first set before G.W. Long answered with an equally strong second set.

The Lady Rebels then pulled ahead in the third set, seizing all momentum in the championship tilt.

According to Addisyn Smothers, however, it was at that particular moment the match turned.

All she and her teammates had to do was remember last year’s heartbreaking loss.

“When you lose, I feel like it hurts more than it feels good to win,” Smothers said. “I knew when we won that first set that they were going to come back with fire, because that is exactly what they did last year. But I knew we just had to play our game this year. I knew we could do it.”

And sure enough, the Lady Bulldogs did it, closing out the set with a bang to garner a 2-1 lead.

“That was huge there,” Woodard said. “I really believe in motivating kids. They have to believe that the person on that bench believes in them. I told them, ‘I’m not worried. I’m calm over here. We’re going to be OK.’ I think that helped us turn it around. We didn’t get down. We just kept going.”

Added Smothers: “In the fourth set, we just had so much momentum. Everybody stepped up for us. We couldn’t have done what we did without everybody on our team.”

Addison stormed out to a sizable lead in the final set, but G.W. Long put together a run and pulled to within a point (17-16). The Lady Bulldogs, though, notched eight of the final 10 points to put the final touches on yet another championship performance.

Smothers, who was named tournament MVP, finished with 27 kills and 13 digs in the match.

When the championship point was won, Woodard joined her team in the traditional dogpile.

Eleven years earlier, she did the same thing — but as a senior on the 2009 championship team.

“It was definitely a lot more stressful on this side,” she said with a laugh. “Because I knew at the beginning of the season that if I didn’t make it to the finals, then I had failed as a volleyball coach at Addison. It was stressful, but these girls made it fun. It’s different feeling and very overwhelming.”