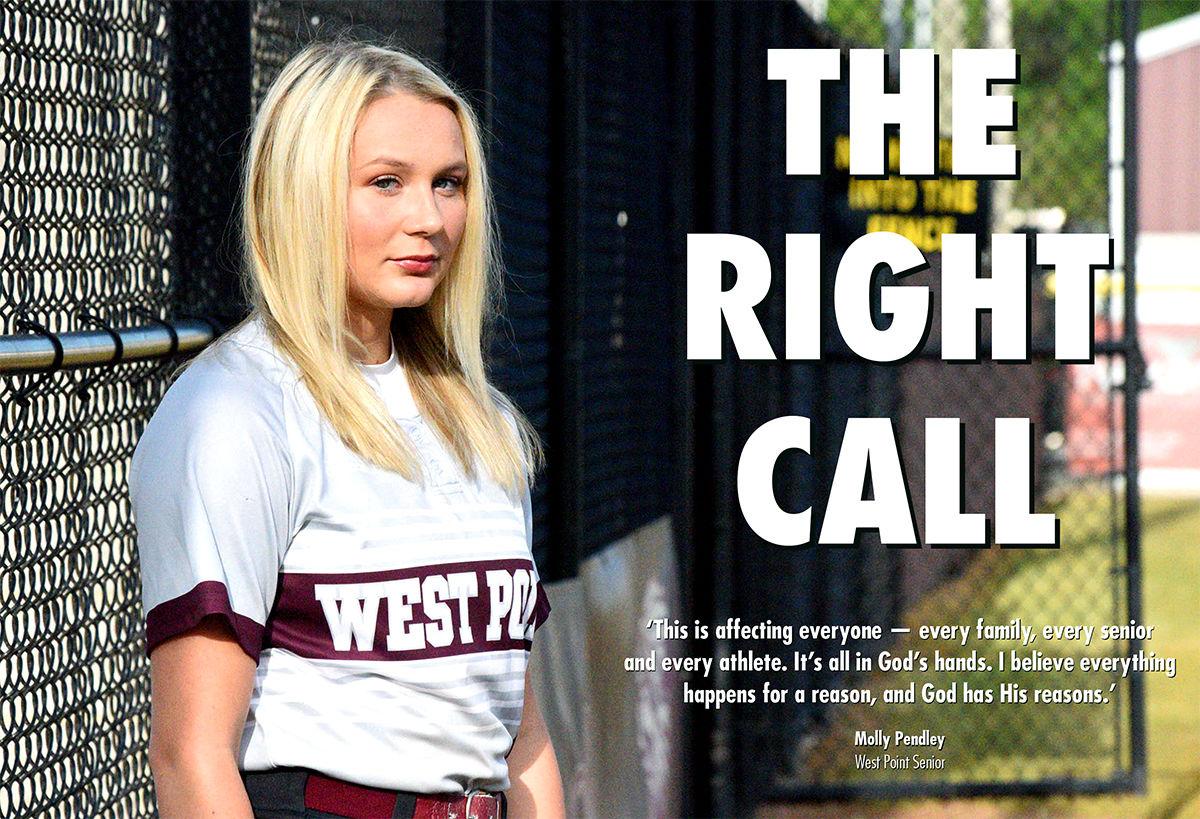 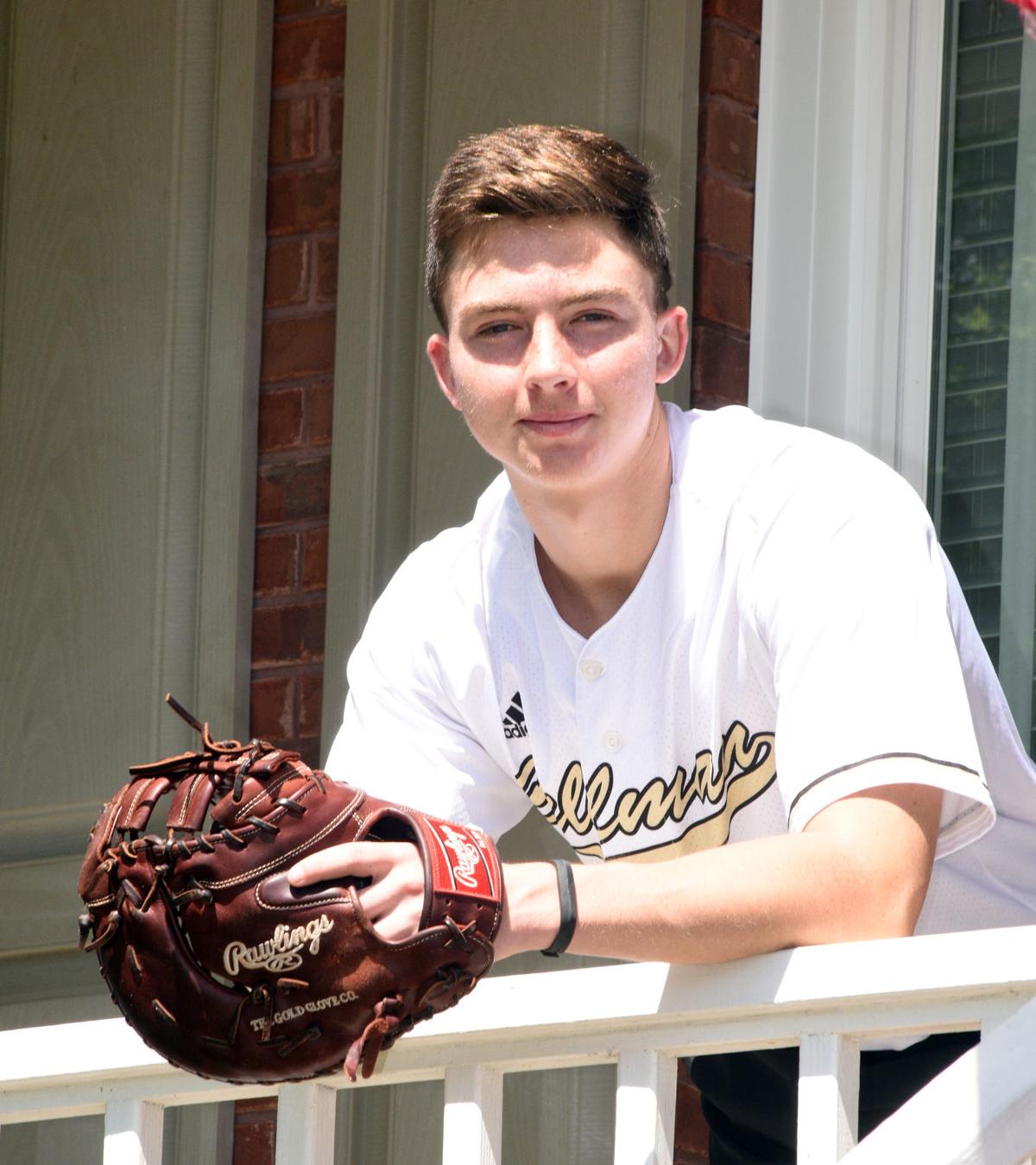 Ben Hollis and the rest of his Cullman baseball teammates tried to stay hopeful through it all.

The Bearcats entered the 2020 season fresh off their fifth state championship and were, once again, primed to make yet another title run in a Class 6A landscape loaded with impressive teams.

But any aspirations of returning to Montgomery for a sixth time in seven years were dashed due to the coronavirus outbreak.

Cullman played its final outings of the season on March 13, the same day Gov. Kay Ivey announced that all public schools in Alabama would close until at least April 6.

The Bearcats entered the hiatus with a 9-6 record after splitting a road doubleheader against James Clemens, dropping the first game 3-2 before bouncing back with an 8-2 victory in Game 2.

"We knew that could be our last game for a while," Hollis said. "At the time, it was going to really just be two weeks off and work on our own. We were still pretty optimistic."

Then, sporting events everywhere started getting postponed or outright canceled.

And that's when Hollis knew the season — one he'd long been excited about — could be in trouble.

"The more you saw on TV, the more you saw the cases growing ... they were canceling everything," Hollis said. "They were going down the line and part of you thought, 'When is it going to be us?' We kept working and staying optimistic, but the more it went on, the more our hope went down.

"When they finally told us it was over, we knew it was coming."

The end officially came on March 26, when Ivey announced the closure of all public schools for the remainder of the 2019-20 school year.

The news hit Hollis and the rest of Cullman's seniors hard.

There would be no more games, no chance at repeating as state champions.

Perhaps even worse: The days of wearing proudly the school uniform were over.

"I've been with these guys in my grade since I was 7 or 8," Hollis said. "It does suck to have it taken away. It's sad to an extent, because I thought we had a really good chance to make another run at it. The not knowing is tough, thinking about what could have been for us.

"But it's 100 percent the right call. I know it's the harsh reality of it. A few weeks ago, we were all just hearing about this. And now everything is done. But it's a huge deal, and they certainly did the right thing canceling school and sports."

The right thing, though, hasn't eased the tough nature of this new normal.

For Hanceville baseball coach Michael Chandler, the day-to-day interaction with his players has been what he's missed the most the past couple of weeks.

"Just not knowing how their lives are going," he said. "We try to stay in touch, but you're used to spending five hours a day together. It's a super strange feeling. Now, you lose track of days and weeks and time. It hurts a little more, too, not knowing what this group could have done. And the guys having great senior years ... to see it cut short hurts."

'MY HEART WAS BROKEN'

It was going to be the best season yet for Molly Pendley.

The West Point senior and Snead State signee had several goals she wanted to accomplish in 2020.

She wanted to be a tremendous leader and an even better teammate.

She wanted to help the Lady Warriors claim a seventh straight county title.

She wanted to guide the Maroon and White to the state tournament.

Instead, Pendley can only hone her skills at home for the foreseeable future.

"When I first found out that our season was over, my heart was broken," she said. "I've worn that maroon jersey for six years, and I couldn't believe that it was being cut so short. At first, I think I was in denial, because I couldn't process what was going on.

"But after praying and analyzing the situation, I was able to come to the conclusion that this situation was bigger than me and our team. This is affecting everyone — every family, every senior and every athlete. It's all in God's hands. I believe everything happens for a reason, and God has His reasons."

Pendley was well on her way to putting together a terrific campaign.

Through 20 games, she sported a .523 batting average with five home runs and 17 RBIs.

Although her time with the program may be over, Pendley knows good fortunes are ahead.

"I have been blessed to play with some of the toughest girls in the county," she said. "I'm moving on next year, but I know that my girls are going to keep fighting and working to be the best that they can be. This is a challenge, and I know that if they can overcome this, they can overcome anything that'll come their way. This is serious matter, and it was handled the best way it could've been.

"This is not the way I wanted my senior year to end, but I'm going to take this time to work harder for what is to come. I know that my West Point girls will do the same."

For Sidnie English, no spring sports meant no potential return trip to Montgomery.

Good Hope's softball team was off to another fine start in 2020, and English was a key contributor.

But the senior won't get a chance to return to the state tournament in May due to the coronavirus.

The dreadful news was tough to take at first.

"It was devastating," she said. "It's what all the seniors have worked for. It was very hard, because I've been playing softball for over 10 years. This time of the year, I'm focused on softball. We really can't control that, though. It's gotten better [since the announcement]. All I can do now is tell other players to play every game as if it's your last and help future seniors not take it for granted."

English added that she exercises daily in lieu of practice and participates in a group chat with her teammates on a regular basis.

"We try to stay in the season, even though we can't really play," she said.

Caleb Guthery and St. Bernard had their eyes set on a state track and field championship.

Guthery, who medaled four times at last year's meet, led the Saints to a second-place outing and a Red Map trophy during his junior campaign.

As a senior, Guthery had high expectations for himself and his team this spring.

And those expectations were warranted.

"It stings a little bit more, because this was a special year for a lot of reasons. I think Gutherys and senior years go well together. Casey won four medals at his senior state meet, and I was looking to get four golds," he said in reference to his older brother. "I was in condition to do that as well. The competition was there, but I was confident. The virtual rankings also had us seeded 40 points ahead of second."

When Guthery, who's headed to Lee University this fall, found out spring sports had been canceled, he sent a heartfelt text message to Saints coach William Calvert.

Then, he headed to Dollar General.

"I just thanked coach Calvert for everything he's done for me," Guthery said. "He's helped me come along from middle school. Not just as a runner, but as a person, too. Then, I went and bought a pack of double-stuffed Oreos and just killed them (laughs). Then, I got back into training."

Guthery added that he hopes athletes in the state don't harbor any ill will toward decision-makers.

"The super important thing for handling this situation — you can't hold any contempt for the AHSAA or the governor," he said. "They're not trying to end our seasons. They're trying to protect us and the people who come out and watch us. It was the right decision."

It's been a whirlwind for Calvert, too, who's seen a lot during his successful 39-year coaching tenure.

"I feel sad and disappointed, especially for our seniors," he said. "It's been hard to think about it. My greatest joy as a coach is the relationship with the athletes. I love the day-to-day process of teaching and working hard together to accomplish a goal. That's what keeps me loving what I do. I am going to miss our teams' chance to shine at the state meet. I told them we would all get together at some point and celebrate our journey together."