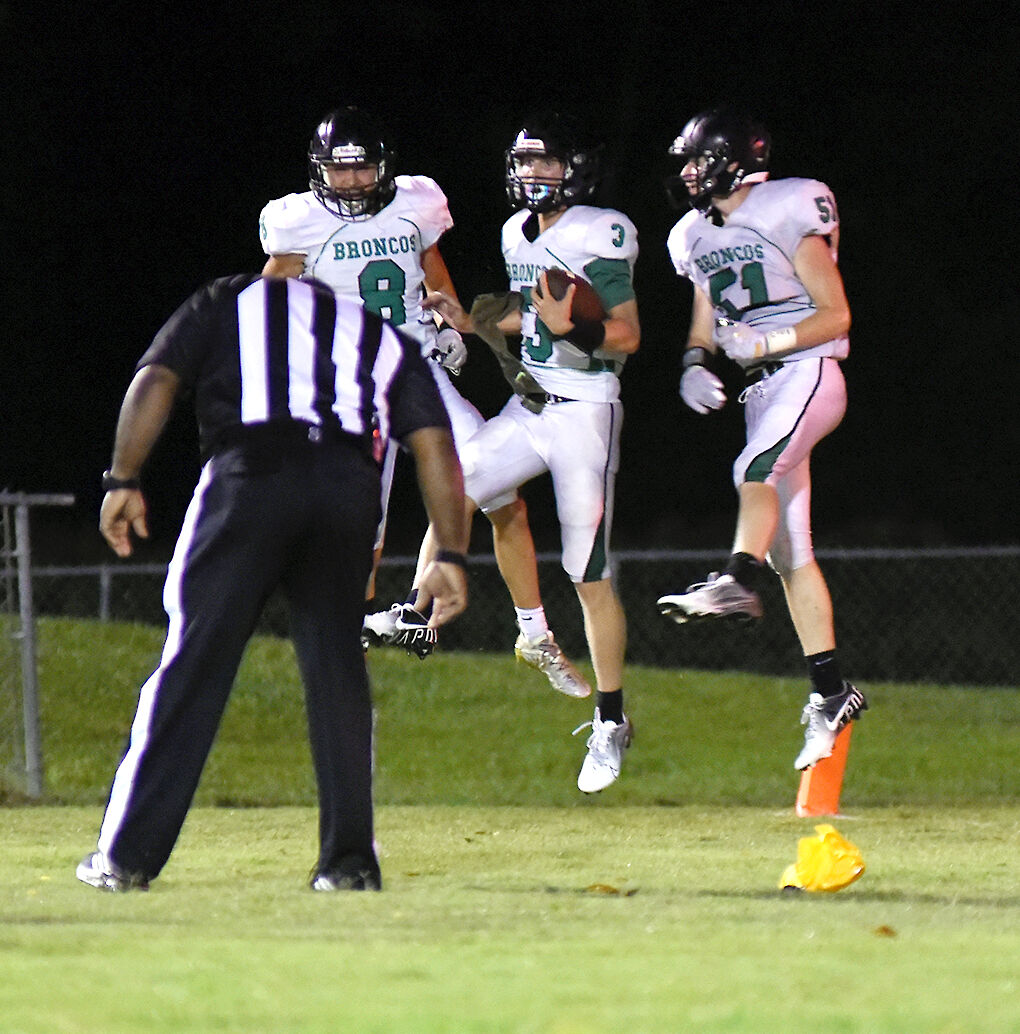 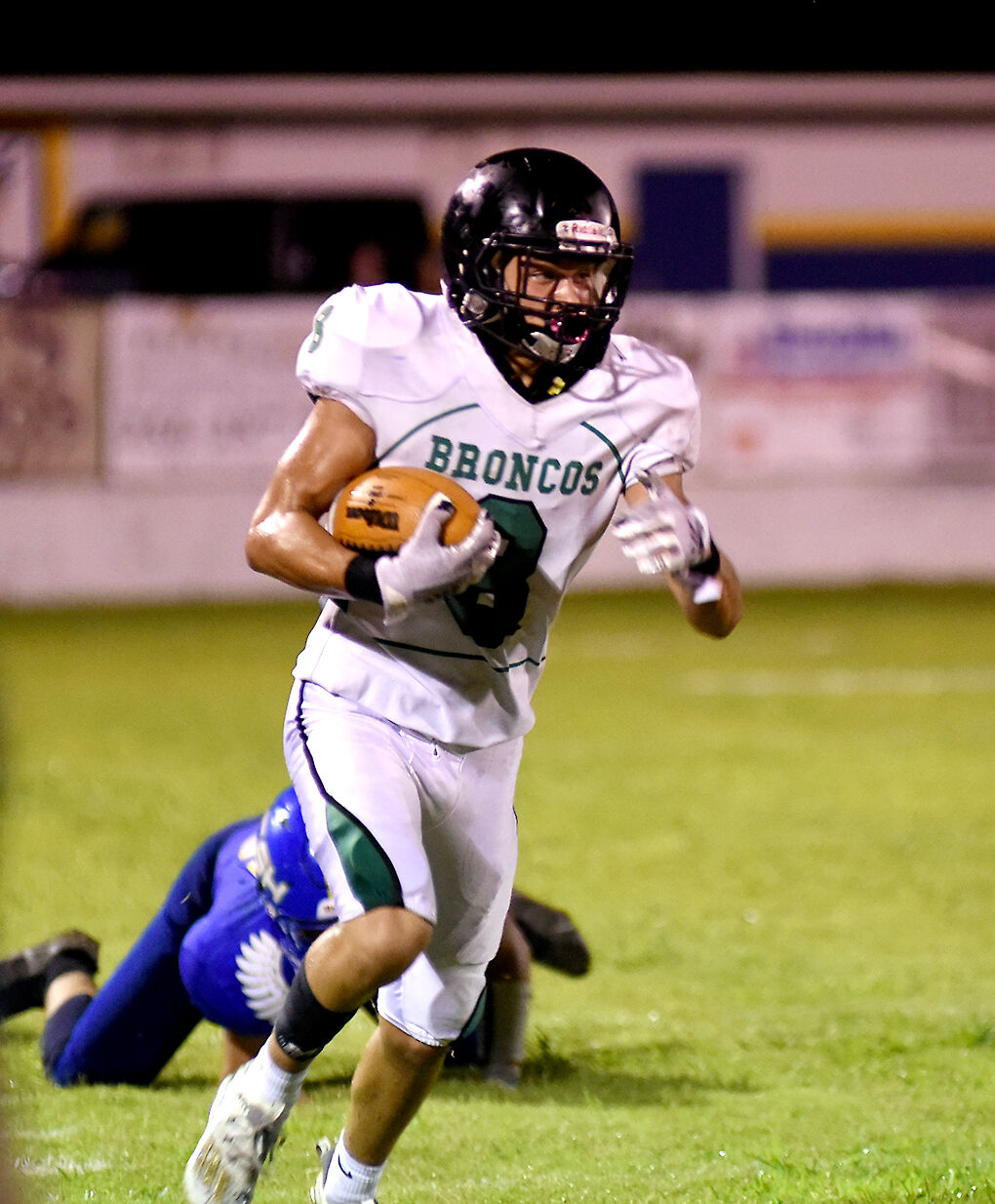 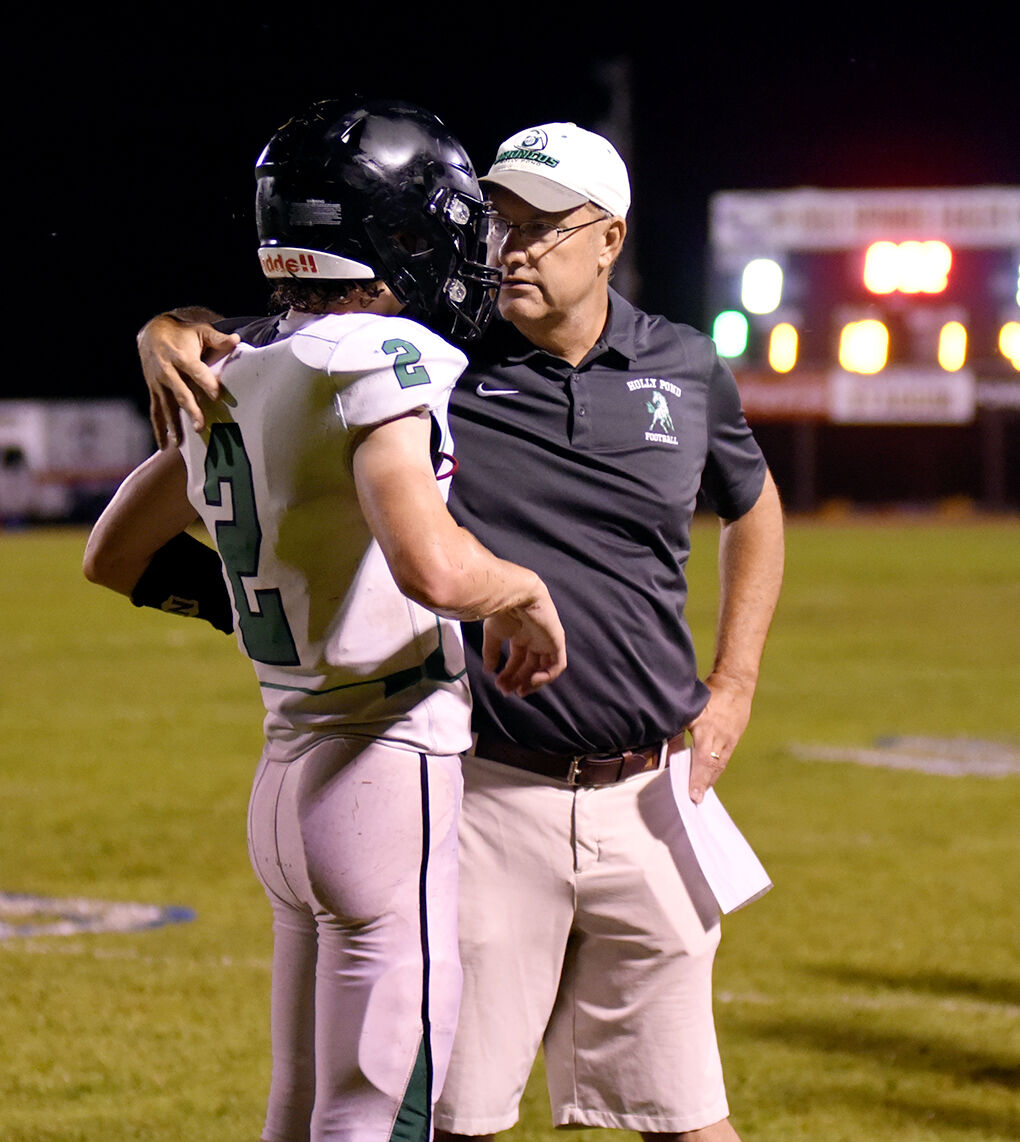 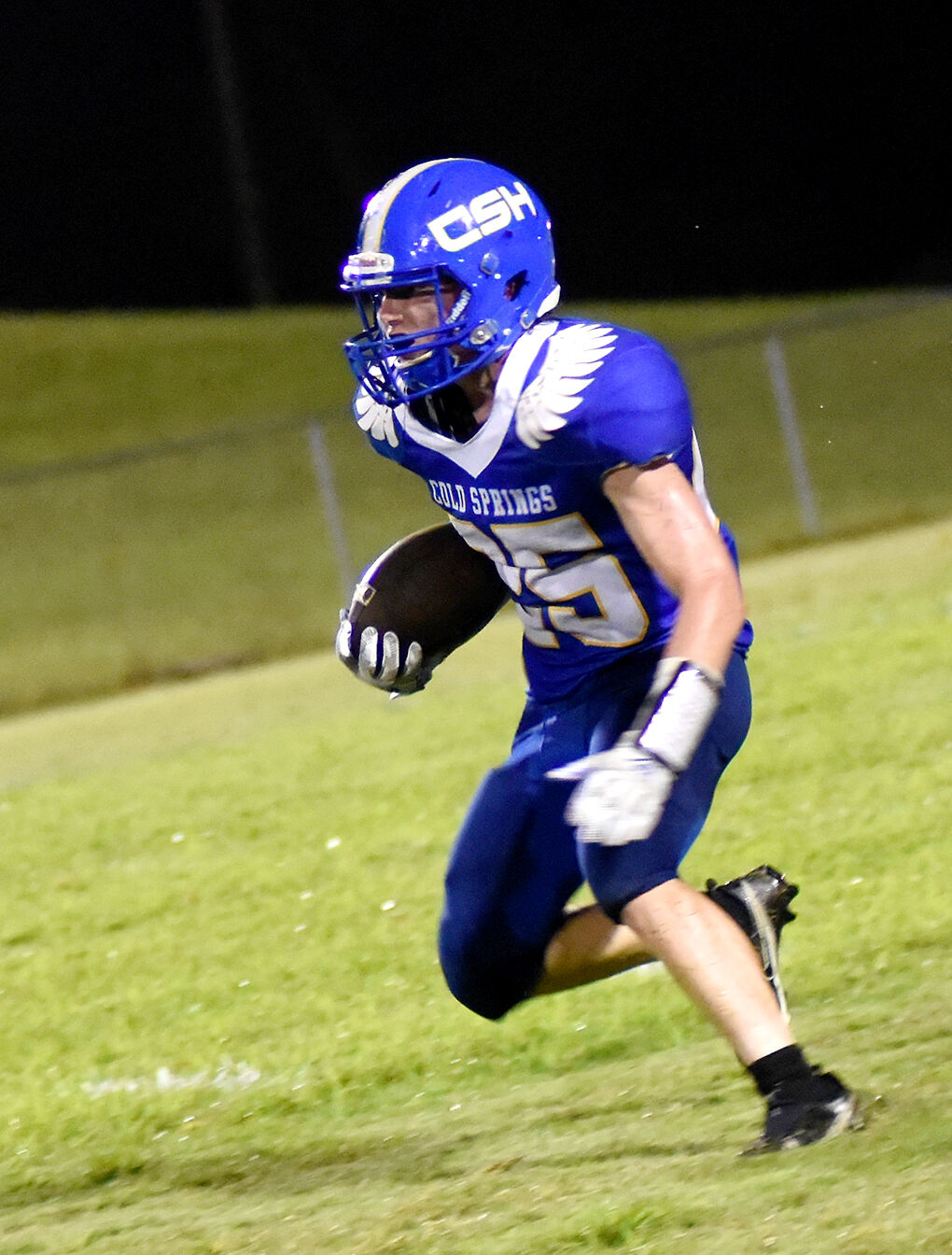 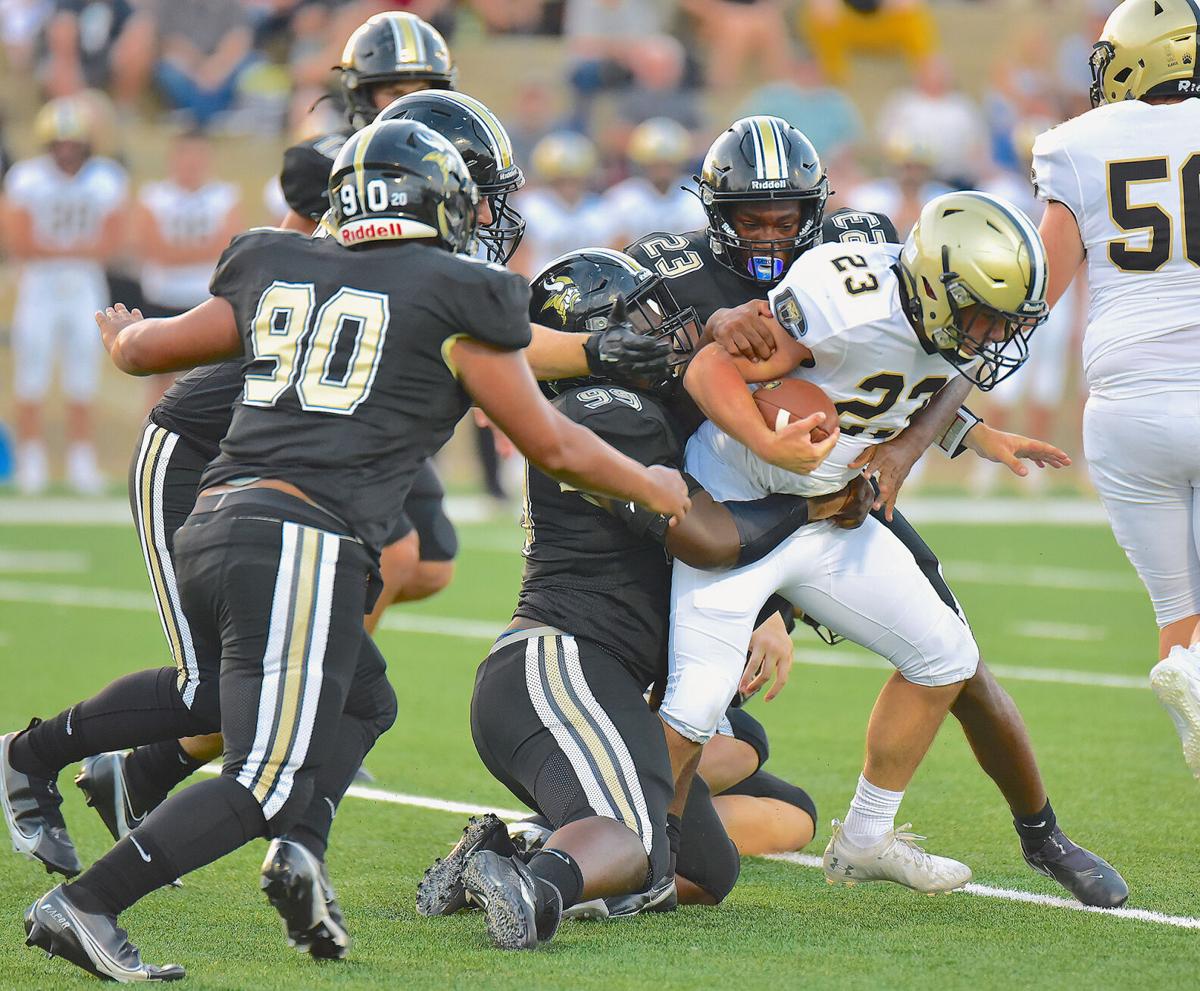 Cullman's Tyler Owens is brought down by Jasper defenders. 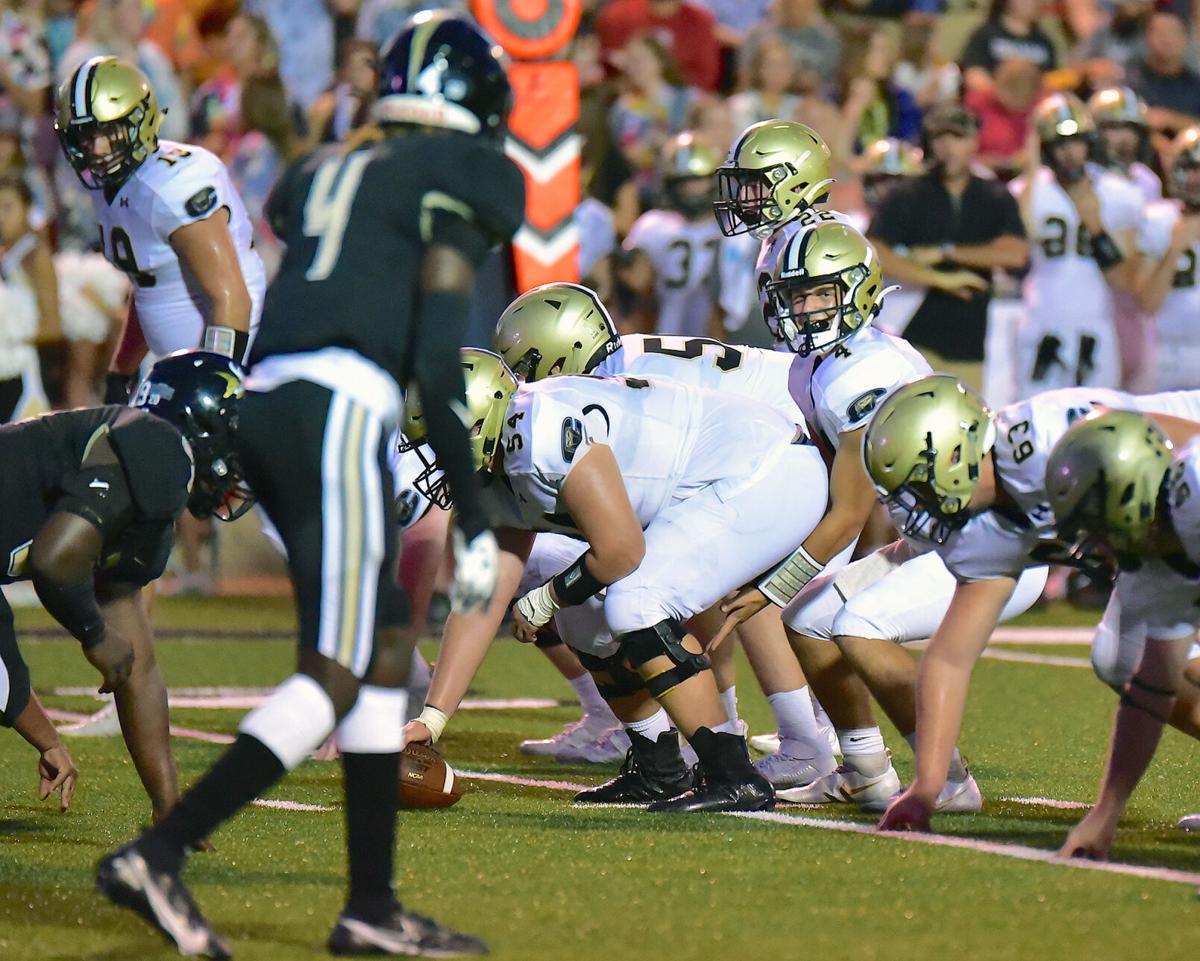 Cullman's Tyler Owens is brought down by Jasper defenders.

Holly Pond is off to a 2-0 start, dialing up multiple explosive touchdowns Friday night to roll past Cold Springs, 31-0, at Cranford Stricklin Stadium.

The Broncos’ defense has registered two consecutive shutouts to begin a season for the first time since 1978.

“I’m proud of our guys. Coach (Ty) Wilson and the other assistants have had great game-plans for us defensively, and Cold Springs is a tough, physical team to play against. We flew to the football and showed grit and toughness throughout,” said first-year coach Mark Cornelius. “It’s a great feeling to post two shutouts. Our players deserve the recognition.”

After a scoreless first quarter, Holly Pond’s Andy Light rumbled for a long touchdown with 8:47 remaining before the half. A 2-point conversion gave the Broncos an 8-0 lead.

Holly Pond added to its lead with a pair of Landon Perkins touchdowns in the third quarter. With 6:52 left in the stanza, he improvised for the first score on a broken pass play and added another with 4:03 remaining.

Austin Marsh capped the scoring for Holly Pond with a 70-yard touchdown with 8:52 remaining in the game.

“While the defense played great, we were able to capitalize on some big offensive plays,” Cornelius said.

Holly Pond hosts Oakman next week in its Class 3A, Region 6 opener, seeking its first 3-0 start since 2004.

“We’ve got a tough region, and Oakman is a huge test for us,” Cornelius said. “I hope the momentum we’ve built will carry over.”

Christian Roberts scored a touchdown on both sides of the ball, and Addison blanked rival Lynn for the second straight season.

The Bulldogs (2-0) have outscored the Bears 83-0 over the past two seasons.

Roberts made his presence known defensively on Lynn’s next possession, returning an interception for a 40-yard touchdown. The Bulldogs led 12-0 after the 2-point conversion failed.

Addison put the game away in the fourth quarter on a 12-yard touchdown run by Roberts with 10:46 to go, and a Zach Thompson 10-yard score with 3:20 left.

Addison hosts Aliceville next week in an early Class 2A, Region 5 showdown. Addison’s lone region loss last year was a two-point overtime defeat to Aliceville in Week 3, and it ultimately served as the region championship game.

Jasper rallied for a pair of fourth-quarter touchdowns, scoring the game-winner with 1:38 remaining to squeak by the Bearcats in another classic between the rivals.

Nate Zills’ field goal at the end of the first quarter gave Cullman a 3-0 edge.

Jasper answered with a 20-yard touchdown to seize a 7-3 lead with 4:19 to go in the second quarter.

Cullman reclaimed a 9-7 edge with 3:25 to go in the third quarter on a 19-yard touchdown pass from Ryan Skinner to Kaleb Heatherly.

Tyler Owens added a touchdown late in the third quarter for a 16-7 Bearcats’ lead.

Cullman now turns its focus to another rival next week as the Hartselle Tigers visit town for the Class 6A, Region 8 opener. The Bearcats will seek their third straight victory against Hartselle.