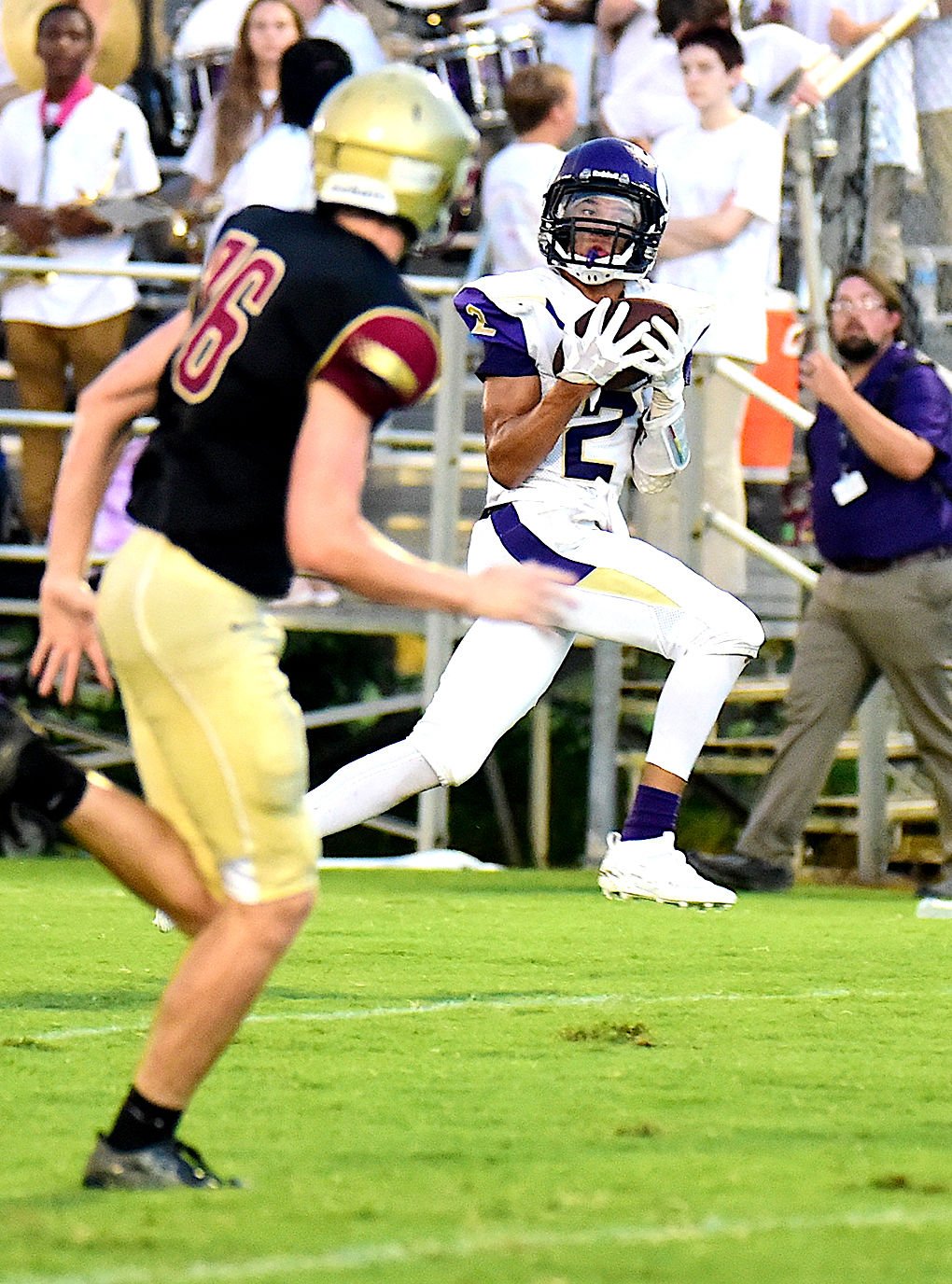 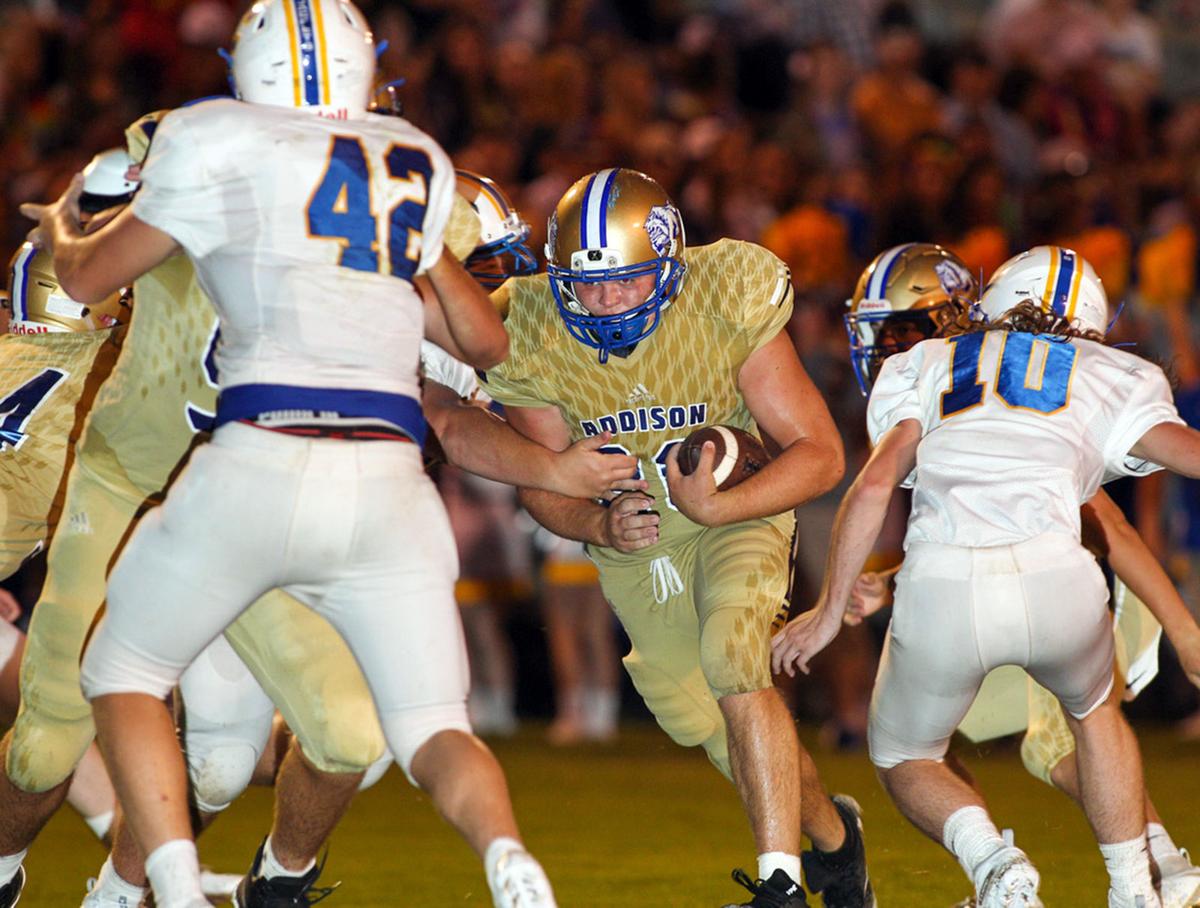 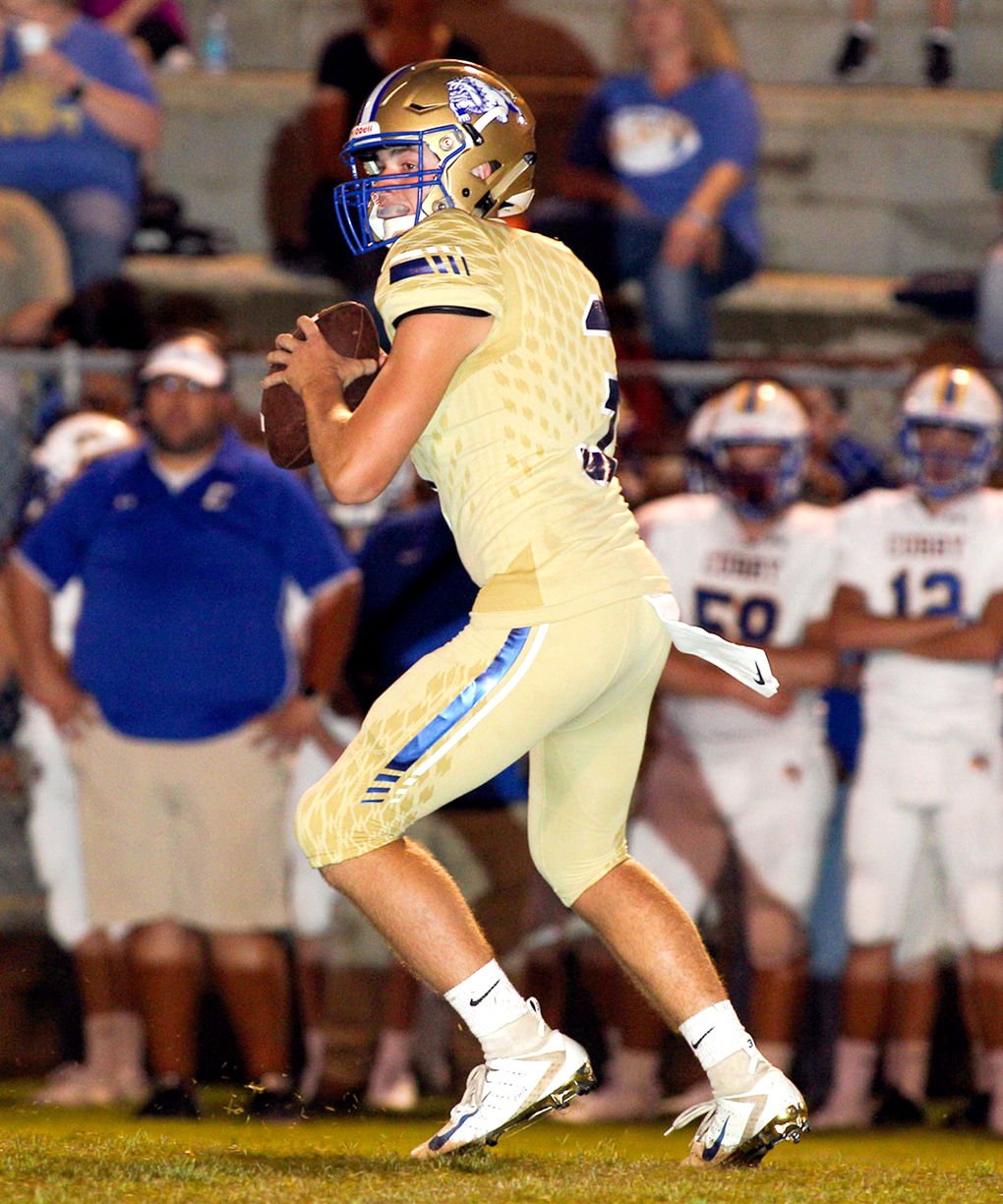 Hanceville got the win despite relinquishing a 26-6 halftime lead.

“One thing is — we were not in very good shape condition-wise. That’s my fault,” Hanceville coach Cody McCain said. “We had way too many guys cramping. And in the second half, we were down to some twos in some positions, threes in others. But the other thing is, after we blew the lead, we had a defensive stop deep in our territory. I was happy with our team’s resilience. They could’ve easily laid down on the road. But we kept fighting and found a way to scratch this one out.”

Joles’ touchdown run in the extra session was set up by a fumble recovery on Sumiton’s first play of the overtime.

Both offenses struggled to get going in the opening quarter, as neither team found the end zone through the first 12 minutes.

But less than a minute into the second quarter, the Bulldogs found paydirt. Brodie Malcom hauled in a touchdown pass from Joles to put Hanceville ahead 6-0.

Sumiton Christian struck back at the 9:07 mark to tie the game.

It was all Bulldogs from there in the first half, as they scored three unanswered touchdowns heading into the break. Joles scored the go-ahead touchdown on a quarterback sneak, and Logan Guthery found the end zone to make it 20-6 at the 4:49 mark. Zach Campbell then caught a touchdown pass to make it 26-6. Campbell, a freshman, set up the touchdown with an interception.

But Sumiton Christian stormed back, eventually tying the game at 26-all to set up overtime and the dramatic finish.

“This was one where we felt really good at halftime, but everything that could go wrong did go wrong in the second half,” McCain said. "We could have easily lost that one, so I’m proud of the guys for holding on and pulling it out.”

Addison made it four straight season-opening wins on Friday night, as the Bulldogs opened the 2019 campaign with a 37-0 victory over the visiting Yellow Jackets.

Christian Roberts passed for 131 yards and a score and had 61 rush yards.

The teams fought to a scoreless tie through the first quarter of play with neither offense able to gain a solid footing.

But by the nine-minute mark of the second quarter, Addison had scored two touchdowns. Grant Rice got things going with a 3-yard touchdown run, which was followed by Logan Wilkins’ pick-six. Weston Smith then scored on a 1-yard run and, just a few minutes later, Roberts fired a 38-yard touchdown strike to Sage Smothers to put the Bulldogs ahead 27-0 at the half.

Addison put another score on the board in the third quarter with Caleb Crider’s 31-yard touchdown run, while Eli Howse’s 29-yard field goal midway through the fourth capped the scoring.

The road gets much tougher for the Bulldogs next week as they travel to Class 3A, No. 2 Piedmont.

Holly Pond found itself on the wrong side of a shootout Friday night, as the Broncos fell to the New Hope Indians 44-30 to open the season.

Holly Pond was up 22-10 at the half and led 30-23 with 9:29 remaining. But New Hope scored three touchdowns down the stretch to pull away.

The Broncos will look to get back on the right track next week in their home opener against Ider.

Vinemont’s final tune-up before the regular season didn’t go as planned, as the Eagles fell to East Lawrence 10-7 Friday night in a preseason jamboree.

After a scoreless first quarter and much of the second, Vinemont finally broke through with a little more than four minutes remaining in the opening half for a touchdown. Quarterback Jack Hill found Easton Whatley through the air for the score.

East Lawrence then scored 10 unanswered points in the second half to win the contest. Vinemont had a chance at the end, but East Lawrence intercepted a pass at the goal line to seal the win.

Vinemont opens the regular season next week on the road against Falkville.

Funeral Services for Mrs. Linda Ann Shelnutt, 71, of Vinemont, Ala., will be 3 p.m., Thursday, February 27, 2020, at Cullman Funeral Home Chapel, Reverend Delwin Kilgo and Reverend Steve Rodgers will officiate the service. Interment will be in the Jones Chapel Cemetery. Visitation will be 1-…

Carolyn C Ray, age 87, of Cullman, Alabama passed away on Sunday, February 23, 2020. Carolyn was born July 26, 1932 to James E. and Clarice Bates Caldwell. Carolyn gave her heart and life to the Lord at the age of nine years old and has faithfully loved and served Him. Her love for her Lord …