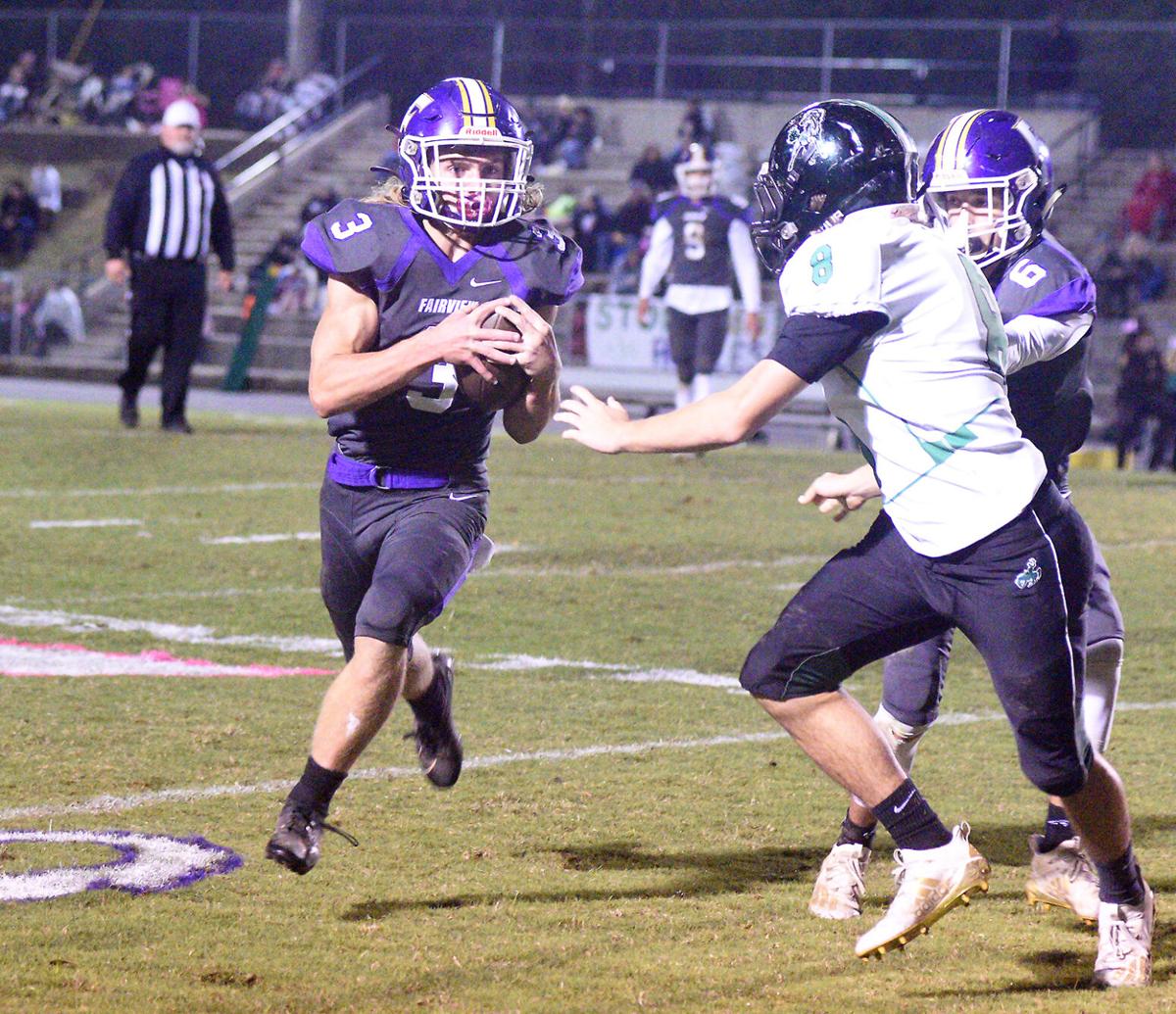 Fairview's Eli Frost tries to get the corner. 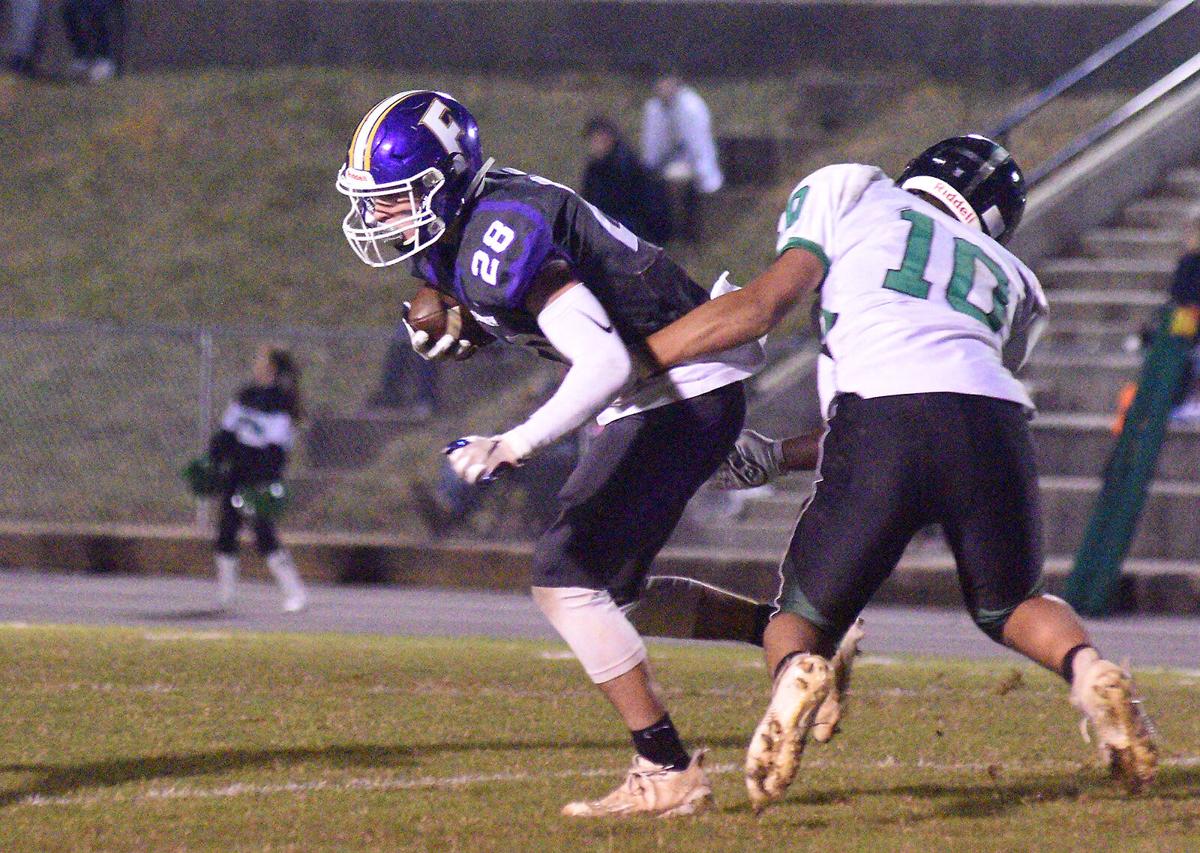 Fairview's Eli Speegle attempts to get away from Holly Pond's Kadin Suryono after picking off a pass. 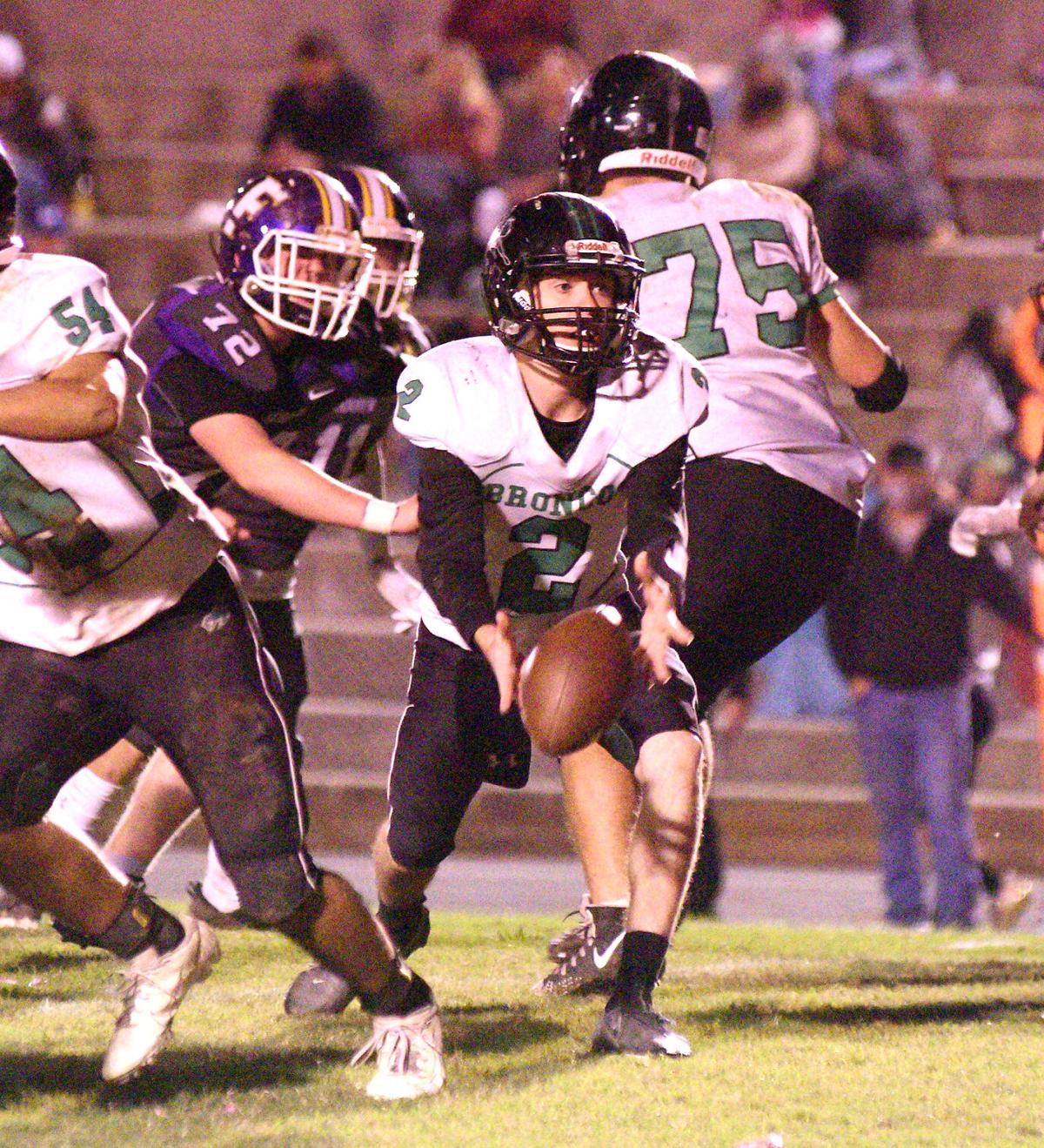 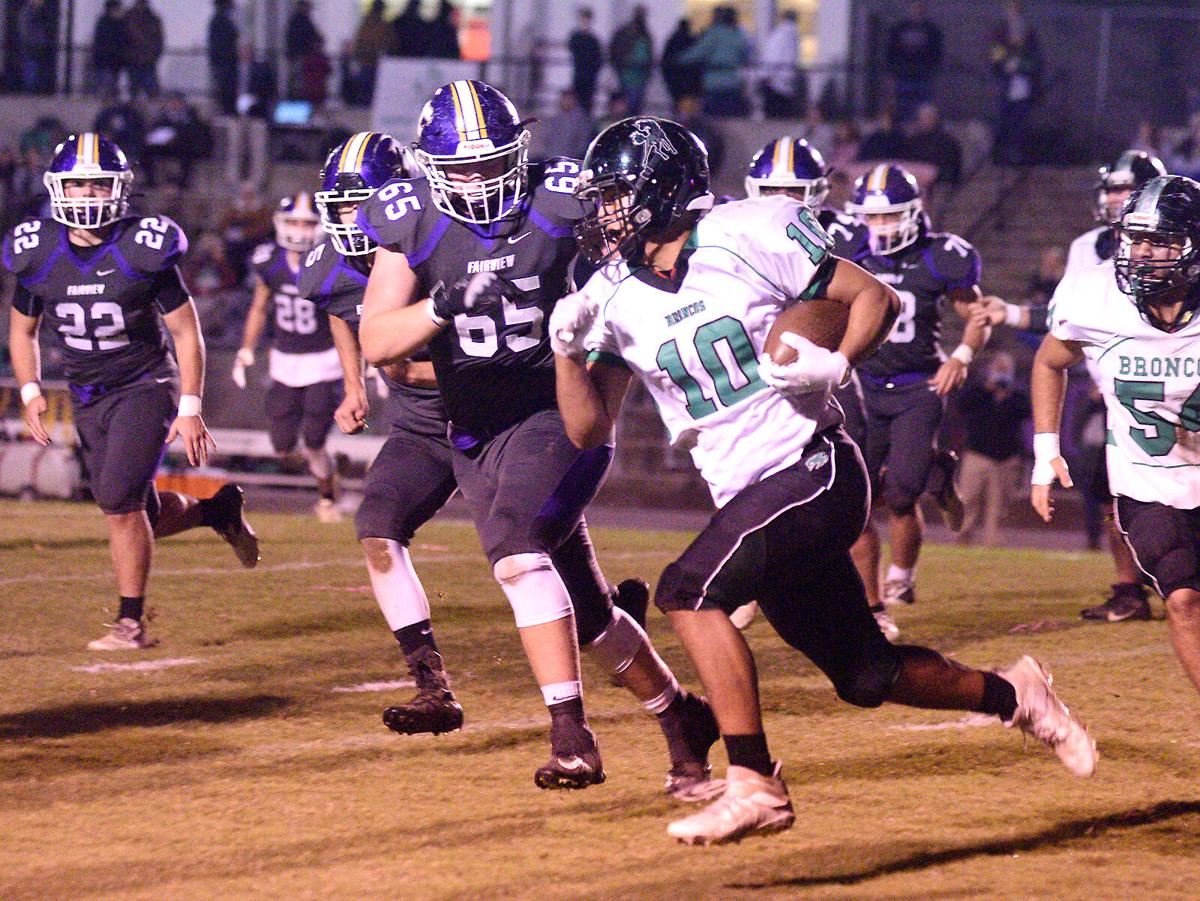 Fairview's Eli Frost tries to get the corner.

Fairview's Eli Speegle attempts to get away from Holly Pond's Kadin Suryono after picking off a pass.

The Fairview Aggies are ready for the Class 5A postseason.

Eli Speegle also scored on offense and defense for the Aggies, who have won seven straight games and 13 of their past 14 games against Holly Pond.

Fairview (9-1) led 14-0 at the end of the first quarter and added four touchdowns in the second quarter, building a convincing 42-0 cushion by halftime.

"We played well on both sides of the ball and also on special teams. We were balanced offensively, and our defense was physical up front. We were focused on controlling the line of scrimmage," said Fairview coach George Redding.

Holly Pond had no answer for Martin. The junior quarterback opened the scoring with an 18-yard touchdown run at the 7:26 mark of the first quarter. After Frost's 3-yard score for Fairview, Martin hooked up with Speegle for an 18-yard touchdown pass with 8:49 remaining in the second quarter. The Aggies led 21-0.

Martin scored on a 22-yard touchdown run with 4:40 to go before the half and tossed his second passing touchdown to J.T. White (10 yards) in the third quarter.

Frost tallied his second touchdown of the night with 7:20 remaining in the second quarter, set up by a White interception.

Speegle closed the first-half scoring by returning an interception 40 yards for a TD.

Michael Chambers capped the scoring for Fairview late in the third quarter with a 31-yard interception return for a touchdown.

Austin Marsh and Kadin Suryono had rushing touchdowns for Holly Pond in the second half. The Broncos closed out the season with a 2-8 record.

Fairview, the No. 2 seed in 5A, Region 7, can now turn the page to the postseason. The Aggies host Center Point next week in the first meeting between the two teams. It's also the second straight season for Fairview to host a postseason game.

"Our main goal against Holly Pond was to maintain a high level of play. We want to be peaking right now and playing our best ball. Maintaining a high level of play, no matter the opponent, is the only way you're going to survive in the playoffs," Redding said. "We're ready to see what we can do."

The Warriors (4-6) cruised in a home exhibition game to close the regular season, scoring all of their points in the first half.

Kelton Washington sparked the early onslaught for West Point, scoring an 11-yard touchdown with 6:51 remaining in the first quarter.

The Warriors dipped into their bag of tricks on their next possession, with Kobe Bowers connecting with Jacob Dye for a 61-yard touchdown.

Will Cochran followed with an 11-yard rushing touchdown after a Carbon Hill turnover, handing West Point a 23-0 lead with 3:20 left in the opening stanza.

West Point kept rolling in the second quarter. Cochran found Bowers for a 35-yard touchdown strike, and Brian Cornelius capped the fireworks for the Warriors with a 3-yard touchdown plunge.

West Point coach Don Farley appreciated Carbon Hill traveling to town to help the Warriors with a final regular-season tuneup after the school's original plans with Curry were altered.

“We had a couple of options when Curry had to cancel," West Point coach Don Farley said. "We could have taken the week off or found an opponent and given ourselves an opportunity to keep improving. We asked the kids, and they wanted to play. Our guys were tired and banged up, but they wanted to play. And we wanted to do what we could to get them a game. We talked with 12 teams trying to get a game scheduled. Carbon Hill was No. 13. I really appreciate the fact they were willing to travel and allow both teams another chance to play. The way things are right now, nothing is guaranteed. I’m so grateful we have got to play as many as we have. We will now turn our focus to the playoffs and a very good Alexandria team.”

West Point, which will make its first postseason appearance since 2017 and the fifth in eight seasons under Farley, travels to Alexandria next Friday for the first round of the 5A playoffs.

Elkmont avoided a winless season on Friday night, using a big second half to down the Bulldogs.

Hanceville led 30-12 at halftime, but was unable to keep the Red Devils at bay over the final 24 minutes.

The Bulldogs close the season with a 2-8 record.

Stats were unavailable at press time.