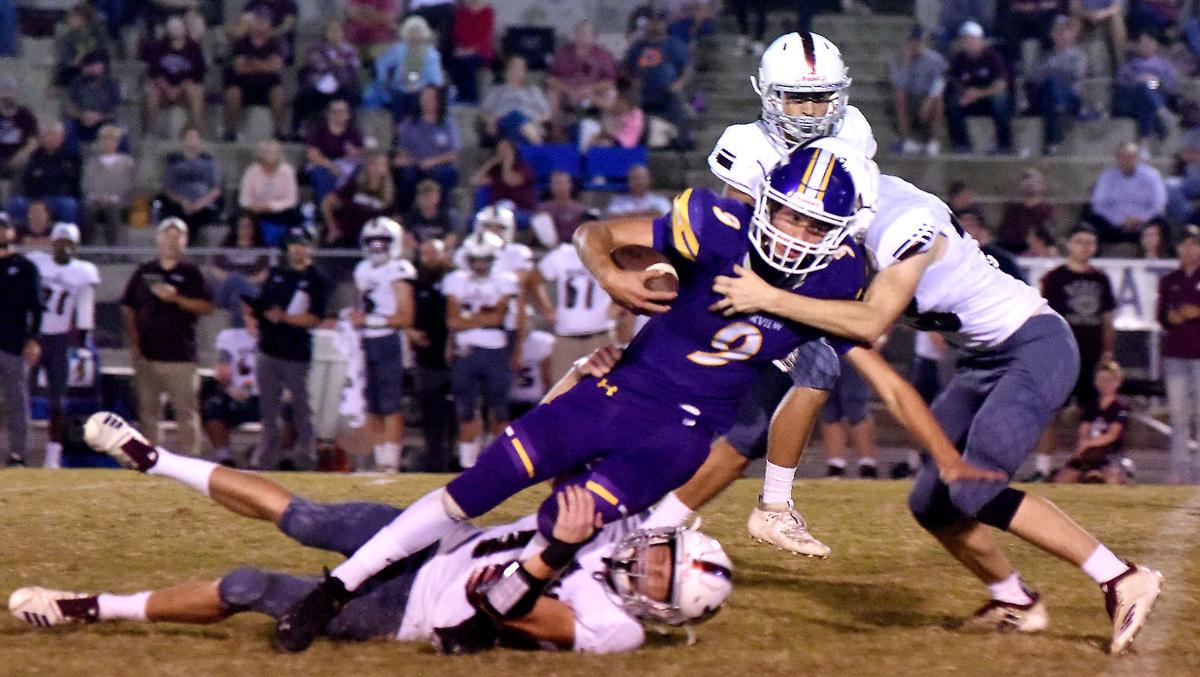 Fairview’s Parker Martin is brought down by a host of West Morgan defenders. 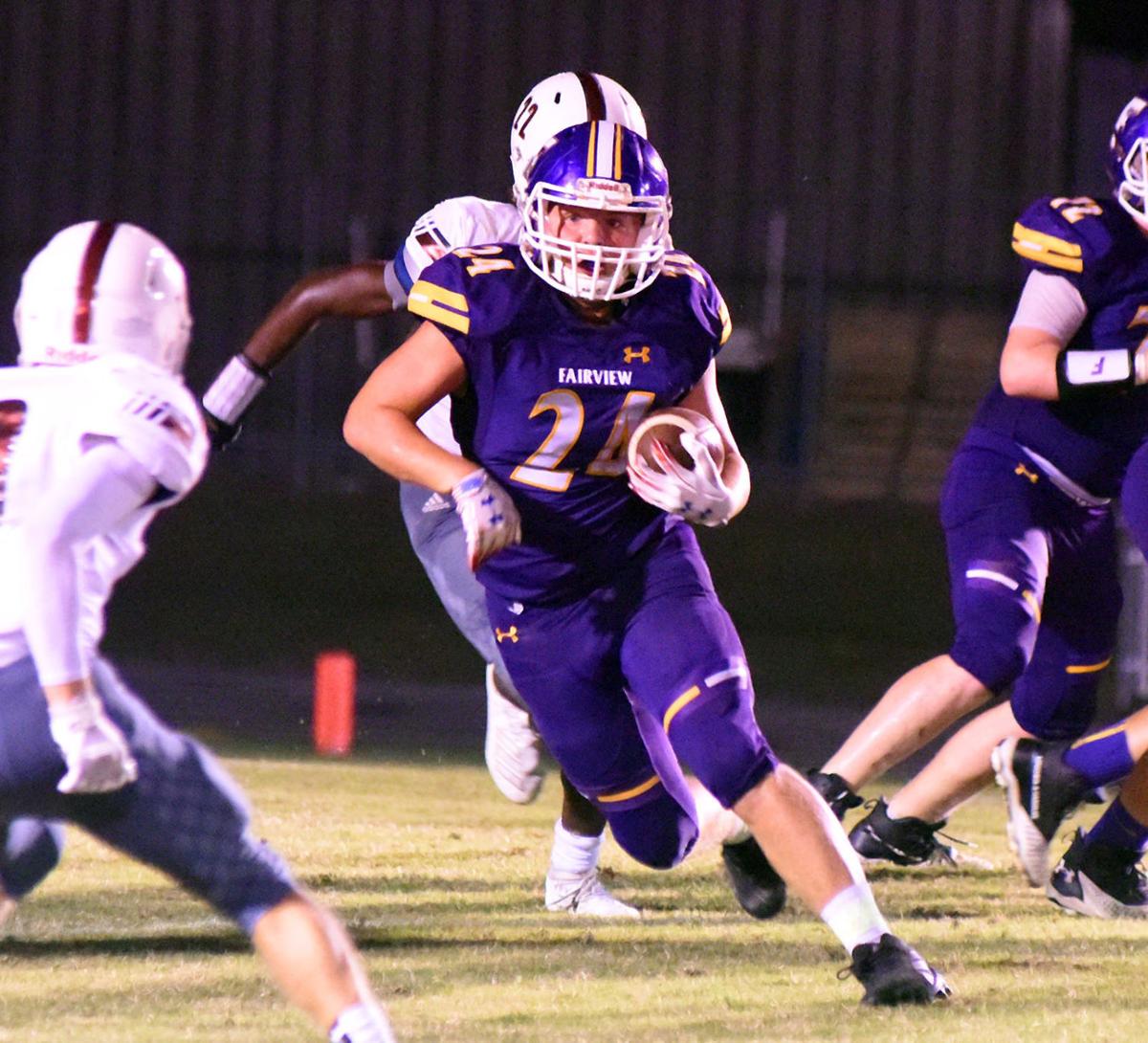 Tyler Simmons weaves his way through the West Morgan defense. 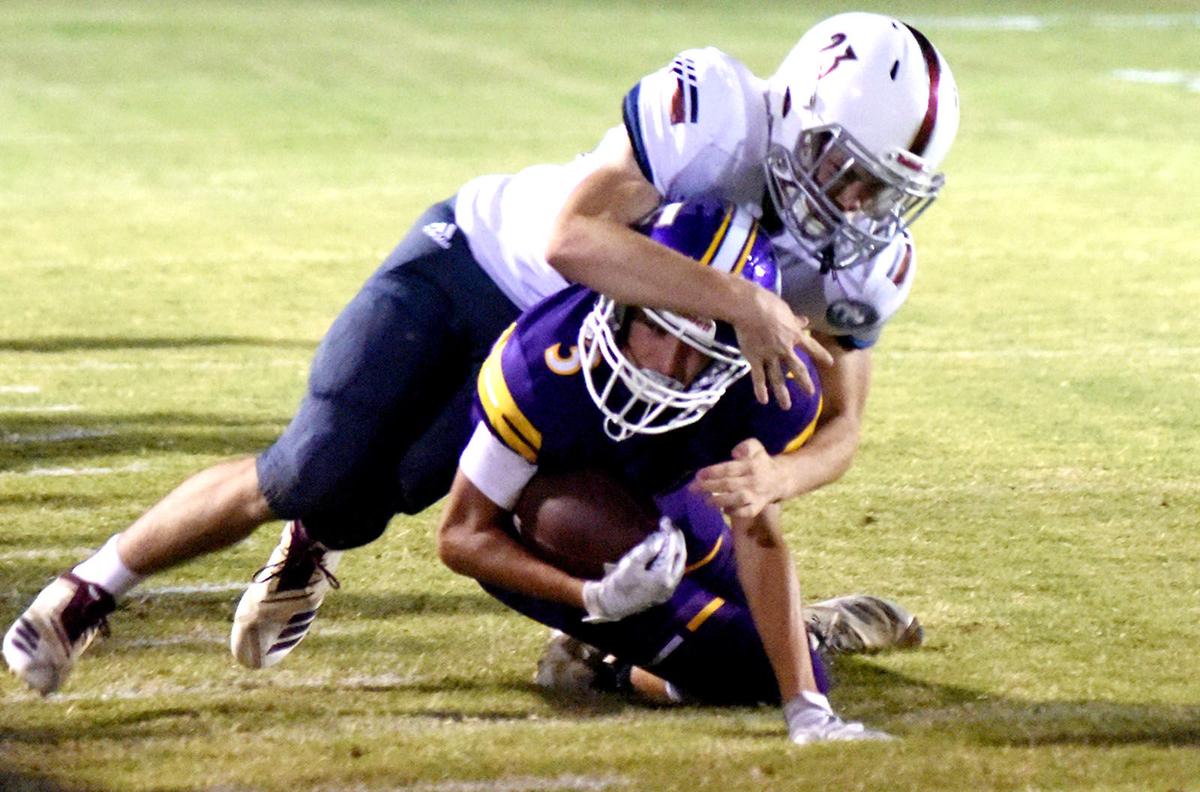 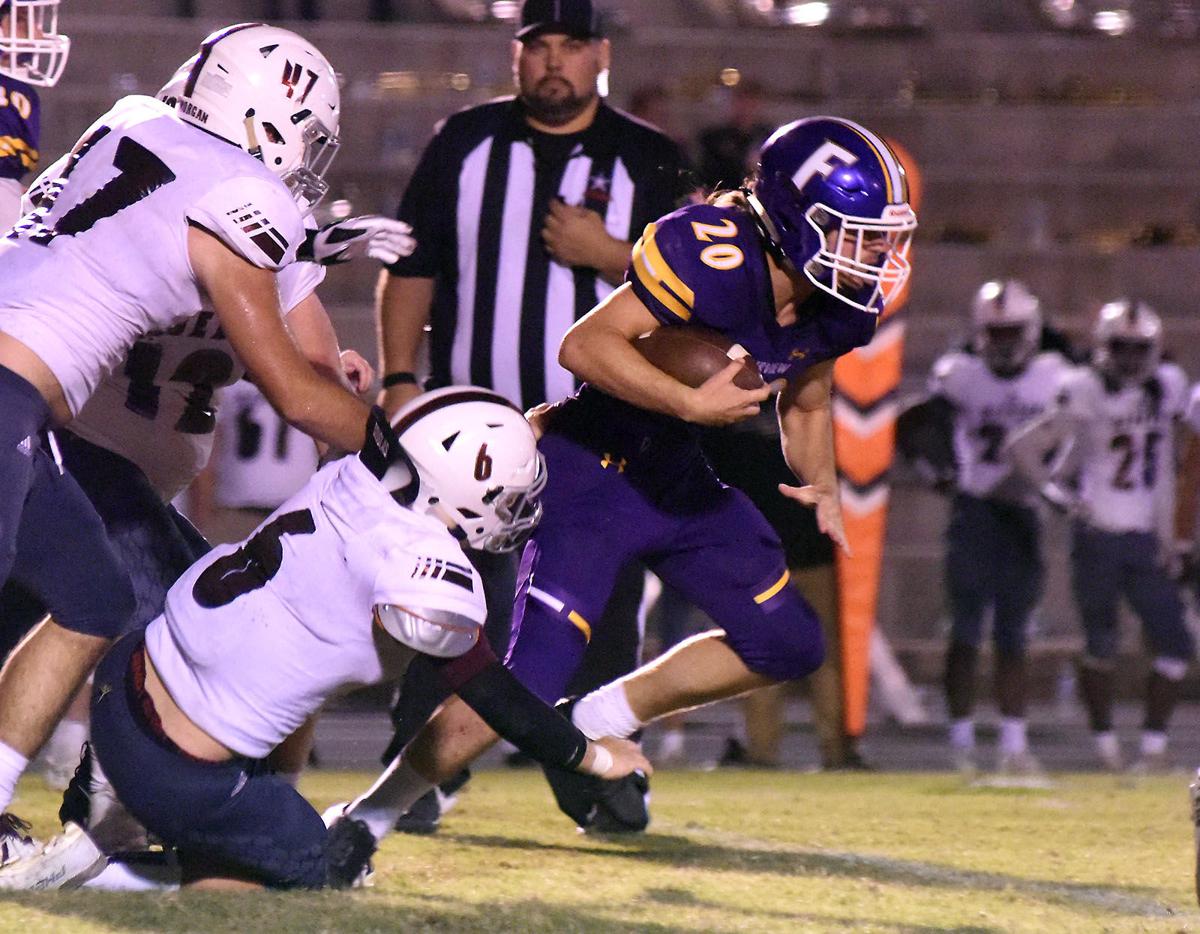 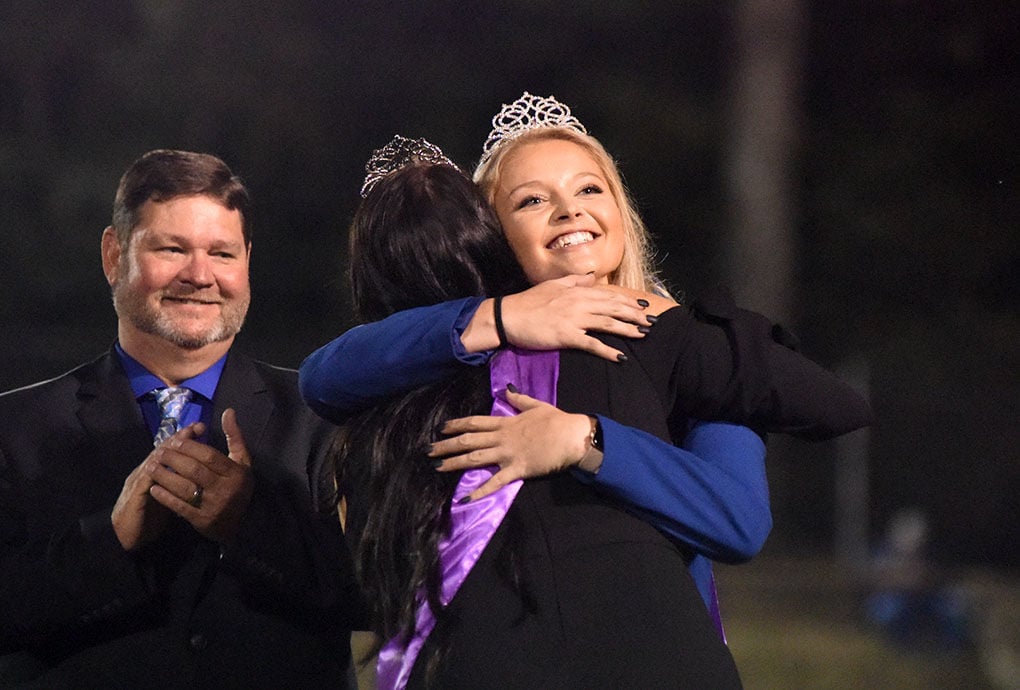 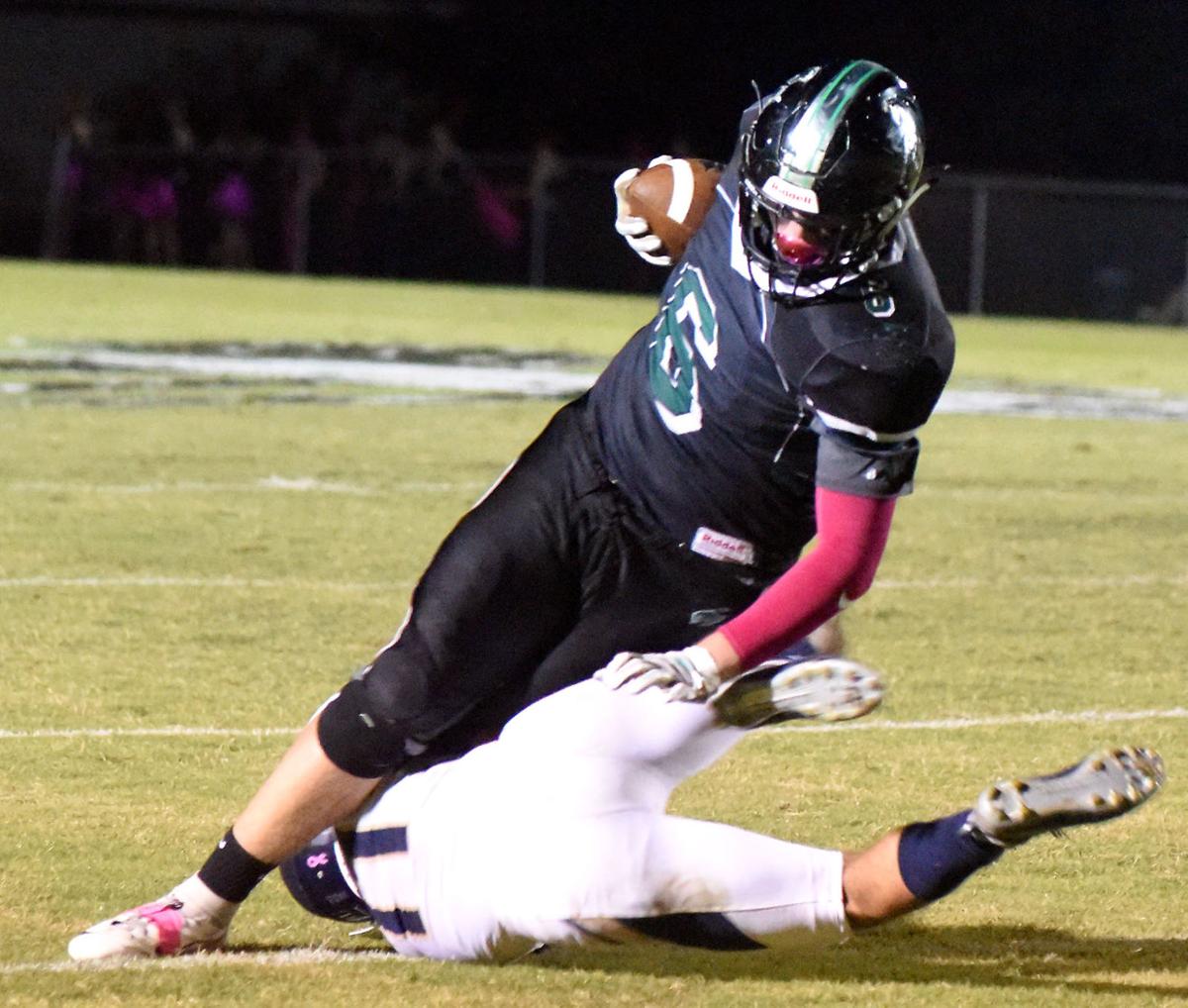 Holly Pond’s Jayden Perkins gets tripped up after a big run. 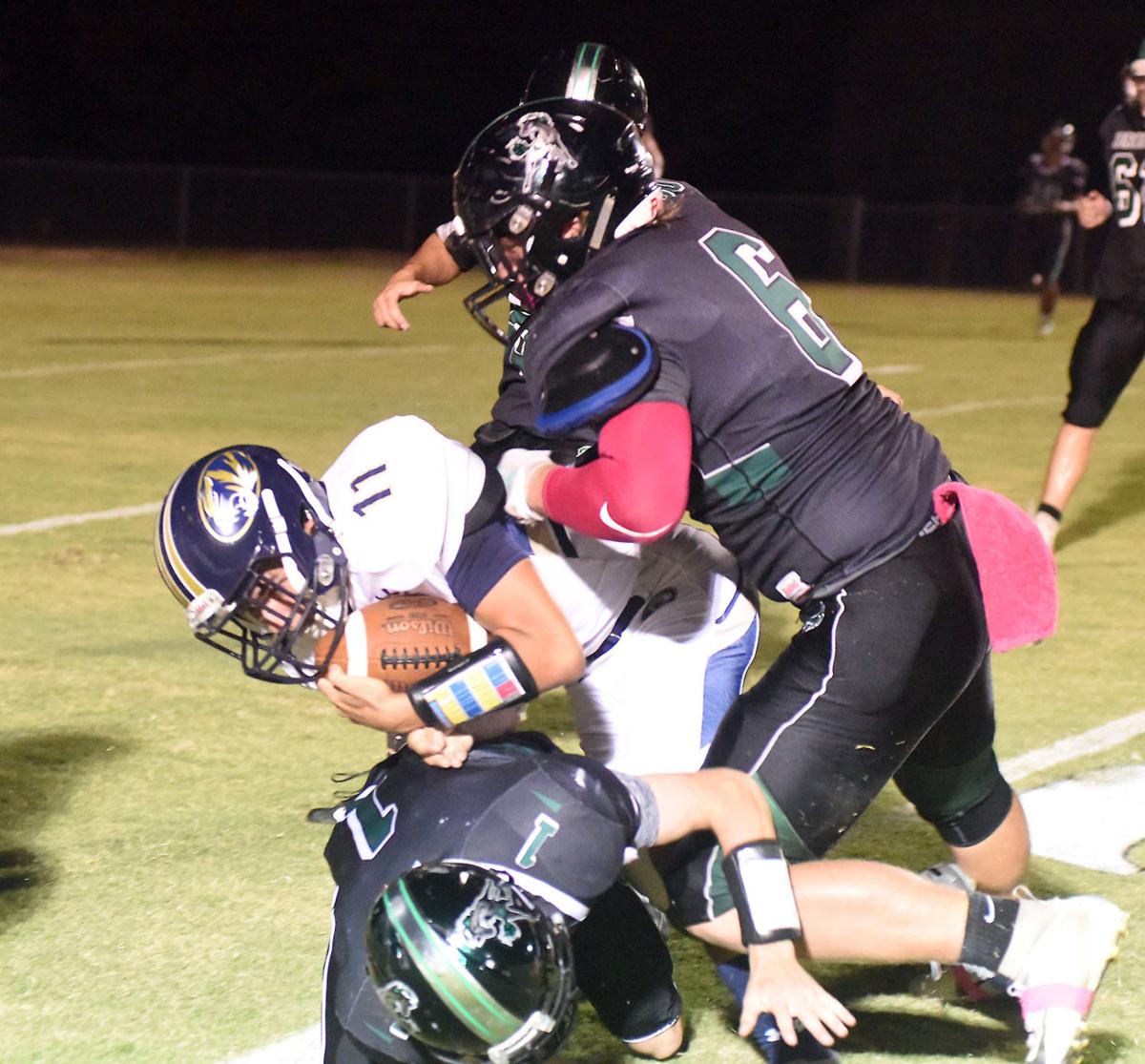 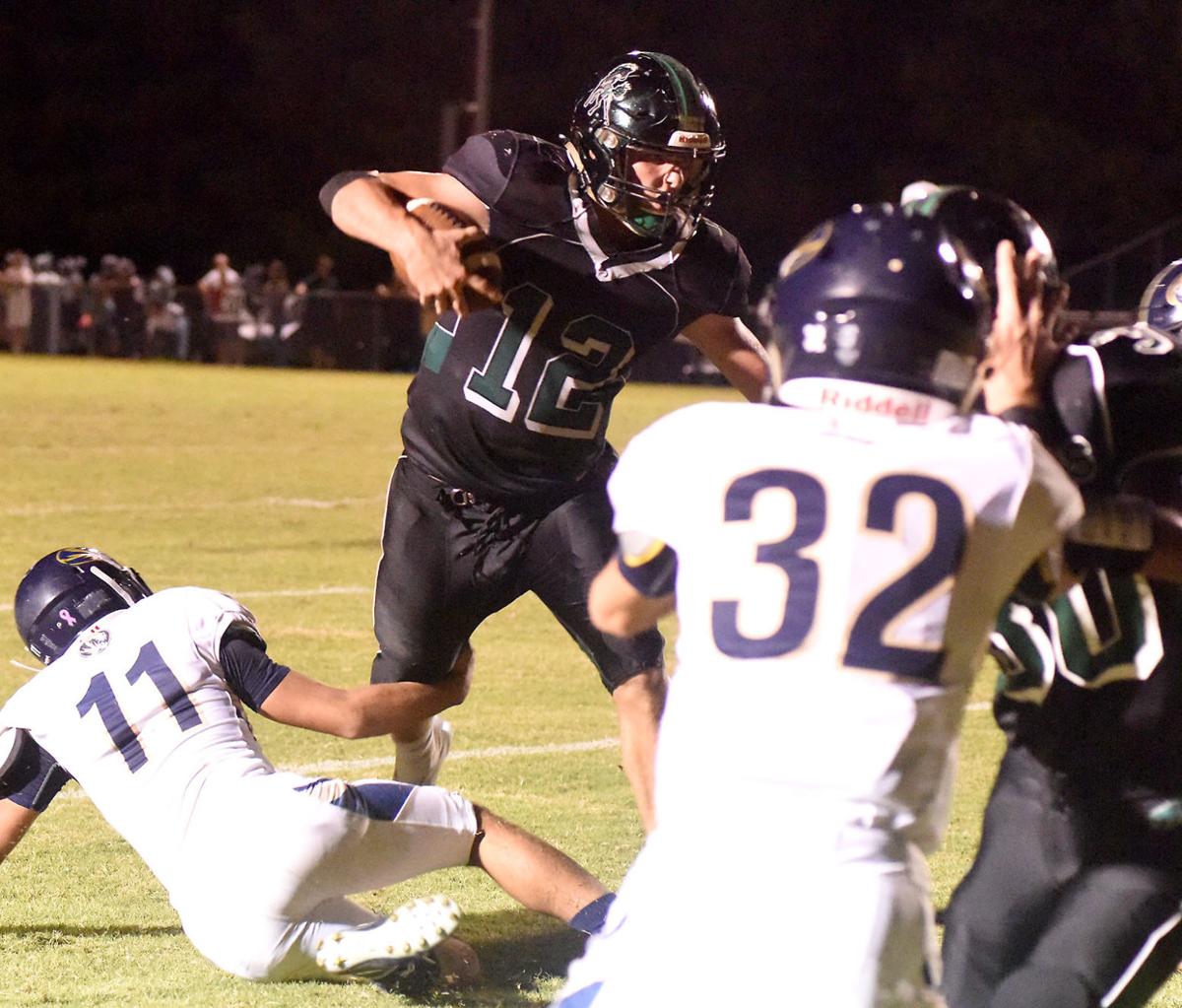 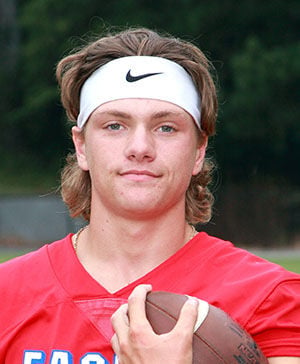 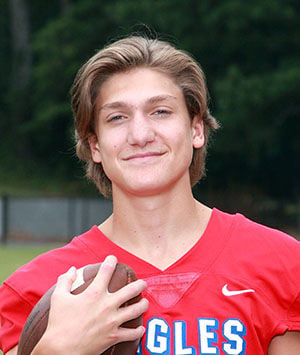 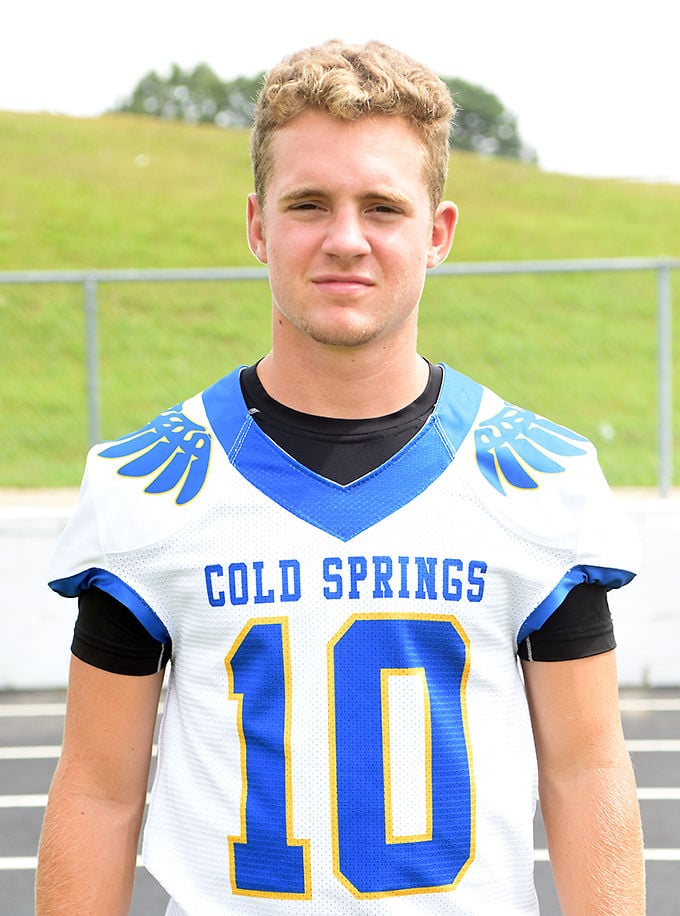 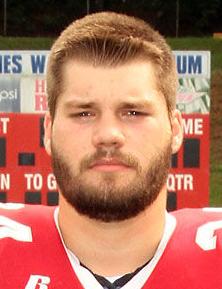 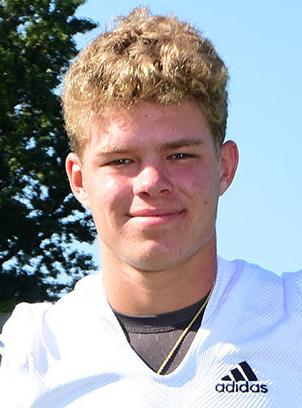 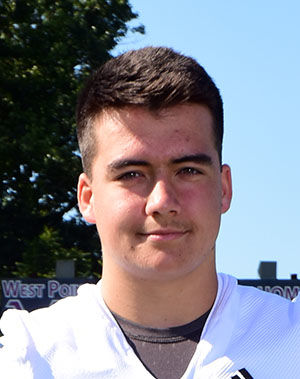 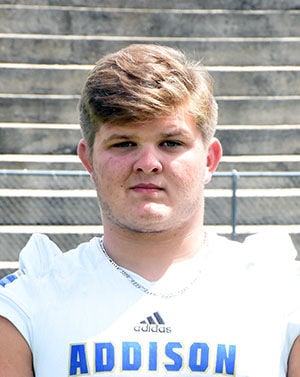 Fairview’s Parker Martin is brought down by a host of West Morgan defenders.

Tyler Simmons weaves his way through the West Morgan defense.

Holly Pond’s Jayden Perkins gets tripped up after a big run.

Fairview is heading back to the playoffs.

Tyvn Ellis claimed a pair of touchdown runs in the first half, Tyler Simmons registered two rushing scores in the second half and the Aggies prevailed 35-28 against West Morgan during homecoming at Dafford Smith Stadium to clinch the program's first postseason berth since 2013.

"It was a big deal for us," coach George Redding said. "A lot of our teams have dealt with some things in past years, whether that was the move to 5A or our stadium issues. It's good to be back. These guys set a goal for themselves. They got to face that goal and reach it tonight. I'm so proud of them."

West Morgan scored first in Friday's matchup, but the Aggies quickly responded with a 42-yard touchdown pass from Parker Martin to Eli Speegle, tying the game at 7-all.

The Rebels, though, tied it at 14-all shortly afterward.

But Fairview secured a momentum-building touchdown right before halftime.

With less than a minute to go, Martin connected with Ellis on a 50-yard screen pass, and the latter capped the quick drive with an 18-yard touchdown for a 21-14 edge at the break.

Simmons extended Fairview’s lead to 28-14 in the third quarter with an 8-yard scoring scamper.

West Morgan made it a one-possession game early in the fourth quarter before Simmons countered with a 2-yard touchdown to give the Aggies some breathing room down the stretch.

"We showed some mental toughness and resiliency tonight," Redding said. "Especially before the first half ended. We really executed the two-minute drill at a high level to get that momentum back. Whenever you can answer back like we did tonight, it comes a lot from mental toughness."

Fairview travels to Randolph next week.

Sophomore Colby Miller had a quarterback debut to remember.

Miller threw the game-winning touchdown to his brother Lucas Miller with four seconds remaining, lifting the Eagles to thrilling 3A, Region 5 homecoming victory over Locust Fork on Friday night.

Colby Miller accounted for three touchdowns — one through the air and two on the ground — as the Eagles (3-4, 2-2) featured a new offensive style.

“This win shows the guts our team has," coach Stephen Robinson said. "We never gave up. This one was a roller-coaster. It was just a gutsy win. Colby played really well."

Vinemont sustained the lead throughout the first half and all the way until the fourth quarter.

The Eagles, though, had the final possession and snapped a brief two-game losing streak with Miller’s heroics.

Dallin Dinkle had a 65-yard touchdown run for Vinemont in the first half, and Teague Whatley registered a kickoff return for a score early in the third quarter.

The Eagles travel to J.B. Pennington next week for another Region 5 tilt.

Jordan Lacey scored the game-winning touchdown early in the fourth quarter, and the Eagles defense did the rest, securing a key 2A, Region 5 victory over Winston County on Friday night.

“We played solid defense for most of the night. One of Winston County’s touchdowns was set up by one of our turnovers. I’m very proud of the way our defense stepped up throughout,” said coach Rod Elliott. “We didn’t play well offensively, but we did enough. It’s a good region win for us.”

Winston County sustained a 6-0 lead at the end of the first quarter.

Brodi Williams’ touchdown got the Eagles on the board with 8:05 to go in the second quarter. A 2-point conversion gave Cold Springs an 8-6 edge, and it stayed that way until halftime.

The Yellow Jackets reclaimed a 14-8 advantage early in the third quarter, but Cold Springs answered with an Ayden Alexander touchdown to tie the game at 14.

Lacey’s fourth-quarter touchdown was all the Cold Springs defense needed down the stretch.

The No. 8 Raiders corralled a 4A, Region 5 victory against the Lions on Friday night.

Haleyville finally got on the scoreboard midway through the third quarter to make it 10-8.

But the Raiders responded later in the frame with a 9-yard touchdown pass from Tanner Malin to Eli Pugh to seize a 17-8 advantage.

The Lions made a 27-yard field goal with less than two minutes remaining, but Good Hope recovered the ensuing onside kick to put the finishing touches on the road win and second straight postseason berth.

"I told somebody, 'It wasn't pretty, but it was sweet,'" coach Alan Scott said. "That was the first Good Hope win at Haleyville. It's a tough place to play. This was our fourth road victory, too, so hats off to our guys. They didn't panic and just tried to execute the game plan."

The Raiders host Curry next week.

Will Cochran's 8-yard touchdown dash with 1:01 remaining propelled the Warriors to a road victory against the Bulldogs on Friday night.

Cochran collected three touchdowns in the clash, including a 3-yard run earlier in the fourth quarter that tied things up at 21-all.

He also tossed a 19-yard scoring strike to Will Brown in the third quarter.

Brody Rusk provided a 9-yard touchdown run in the first half for West Point.

"These guys needed this win," coach Don Farley said. "It's been a rough two out of three weeks playing the No. 1 and No. 3 teams in the state in 5A. I thought we played a little tight early — they knew what was at stake and were putting too much pressure on themselves. We talked at halftime about staying loose and having fun. They responded well. Dora muffed a punt to set up that final drive, and that gave us a little life."

The 10th-ranked Bulldogs maintained pace near the top of the 2A, Region 7 standings, breezing past the Rattlers for their fourth consecutive win on Friday night.

Four Addison players scored touchdowns in the first half, catapulting the Bulldogs (6-2, 3-1) to a 37-7 cushion at intermission.

Weston Smith opened the scoring for Addison with an 8-yard touchdown run in the first quarter, and Christian Roberts hooked up with Brody Dollar for a 20-yard touchdown pass to give the Bulldogs a quick 16-0 advantage.

Smith capped the scoring for Addison in the second half, adding a 15-yard touchdown.

Addison, which also notched a spot in the playoffs, hosts Tharptown next week as Region 7 play continues.

The Broncos committed six turnovers in Friday night's home loss to the Tigers.

Chaney finished with 137 yards and a score on 16 carries. He completed 7 of 12 passes for 93 yards and an interception.

Jayden Perkins hauled in three catches for 50 yards. He also had a 2-point conversion.

The Broncos are off next week.

Funeral services for Mary McSwain of Hanceville, Alabama will be 1 p.m. Friday June 5, 2020 at Hanceville Funeral Home. Burial will follow at Shelton Grove Cemetery. Reverend Scott Guthery will be officiating. Visitation will be from 11 a.m. to 1 p.m. at the funeral home. Mrs. McSwain passed…