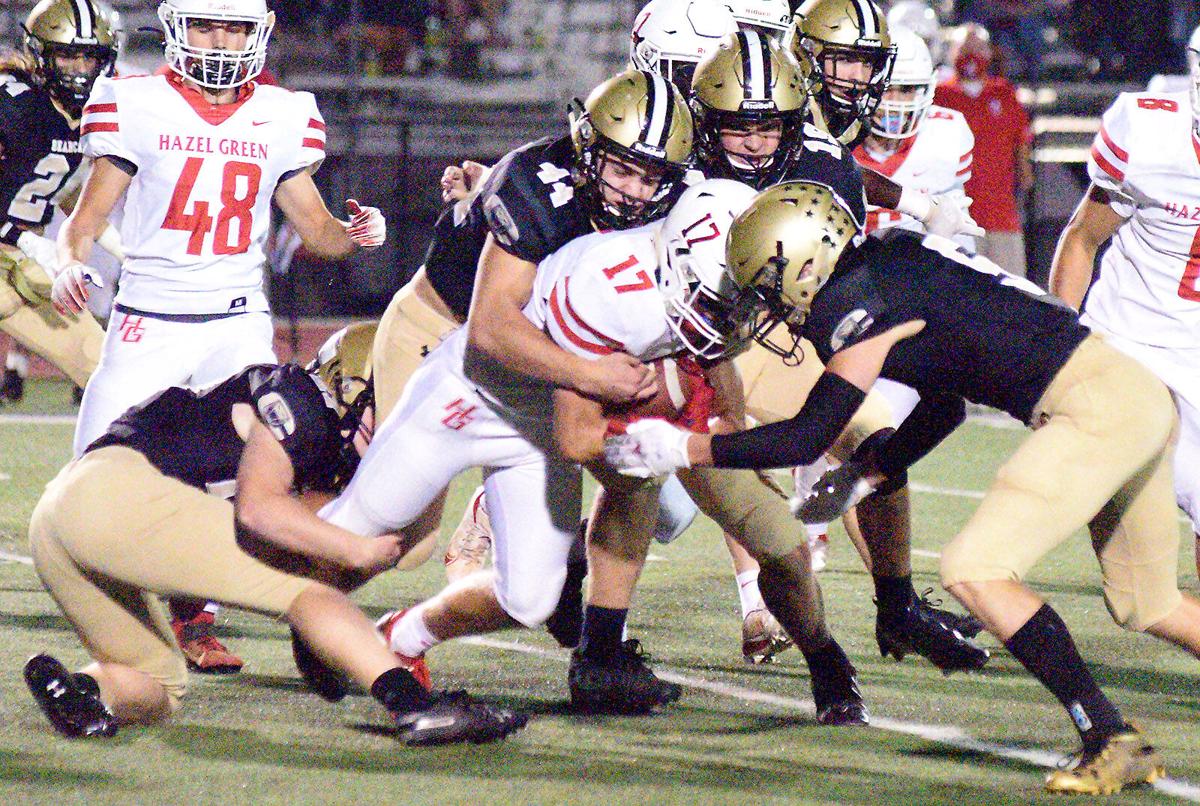 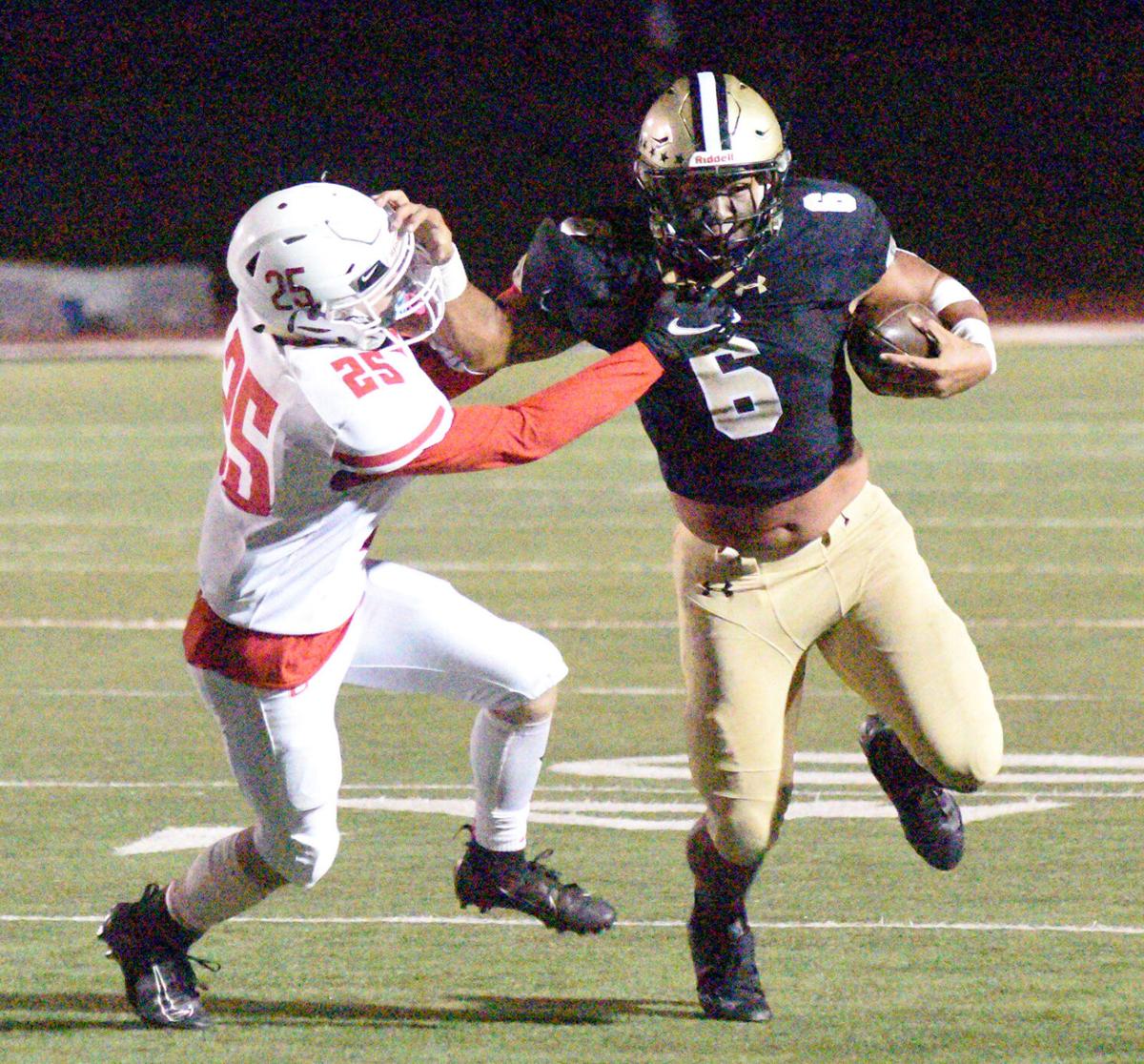 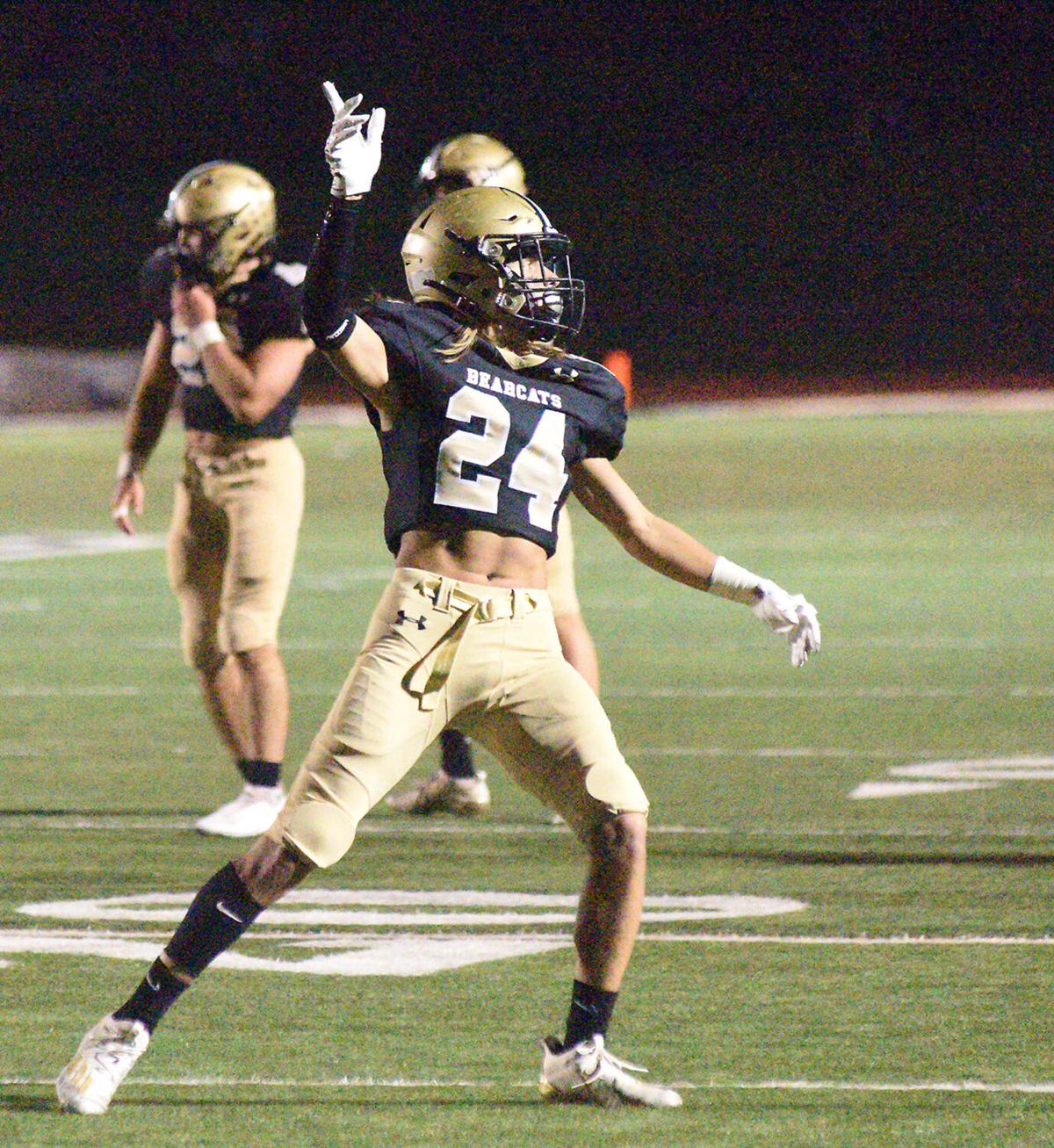 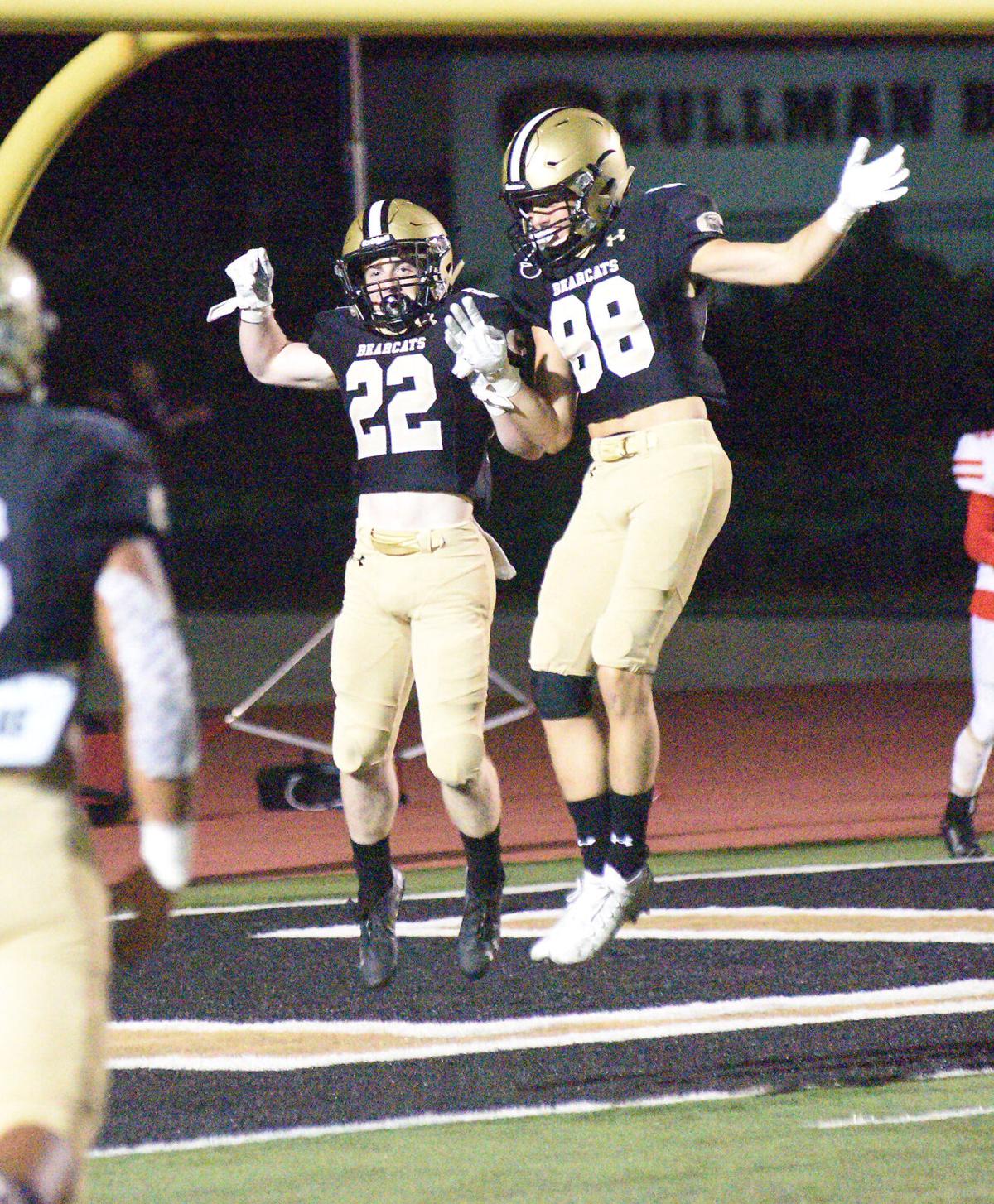 Quarterback Max Dueland finished with four touchdowns, including three passing, and Jake Dueland added a pair of scores for the undefeated Bearcats (5-0, 3-0 in Class 6A, Region 8).

The Dueland's opened the scoring for ninth-ranked Cullman by hooking up for a 25-yard touchdown with 11:07 remaining in the first quarter, giving the Bearcats a quick 7-0 advantage.

Jaylen Hughey intercepted Hazel Green (2-3, 0-3) on its first possession, and he later cashed it in with a 14-yard touchdown run, pushing Cullman's lead to 14-0 by the end of the first quarter.

Cullman added three more scores in the second quarter, extending its cushion to 34-0 by the half.

Max Dueland had a 6-yard rushing touchdown in the stanza, Jake Dueland scored from 15 yards out, and Max Dueland threw a 36-yard touchdown pass to Nic Glass with 1:14 remaining before the half.

Cullman's defense, which has surrendered only 26 points halfway through the regular season, didn't yield a first down before intermission.

Cullman, which continues its best start since 2013, travels to Mars Hill Bible next week for a non-region tilt.

Quarterback Christian Roberts threw a pair of touchdown passes for Addison (3-2, 2-1), and the Bulldogs' defense blanked the Yellow Jackets. Winston County's lone touchdown came late in the third quarter on a kickoff return.

Roberts connected with Xavier Barley for a touchdown pass with 5:35 left in the first quarter, giving Addison an early 6-0 advantage.

It stayed that way until the half.

With 4:54 left in the third, Roberts found Justin Mather for a 30-yard touchdown strike and an eventual 14-0 lead.

The Bulldogs extended the cushion to 22-0 on a 3-yard touchdown run by Nelson Martin and a Brody Dollar 2-point conversion.

Addison hosts Good Hope next week in a non-region clash.

Aliceville, which sustained a 14-7 lead at the break, exploded for 26 second-half points, scoring a pair of touchdowns in the third and fourth quarters, respectively.

The Yellow Jackets led 28-7 at the end of the third quarter.

Ayden Alexander accounted for Cold Springs' lone touchdown, starting the game on a strong note with a 3-yard score. The Eagles led 7-0 with 4:31 left in the first quarter.

Aliceville controlled things the rest of the way.

Cold Springs hosts Falkville for a non-region contest next week.

Carbon Hill notched its first Class 3A, Region 6 win on Friday, pulling away from Holly Pond in the second half.

The Bulldogs surged out to a quick 12-0 lead in the first quarter.

Holly Pond (1-4, 0-3 in Class 3A, Region 6) responded with a Landon Perkins' touchdown to close the first quarter, trimming Carbon Hill's lead to 12-8 after a 2-point conversion.

Carbon Hill added a second-quarter touchdown and led 18-8 at the break despite two interceptions by Perkins in the stanza.

Carbon Hill added a touchdowns in the third and fourth quarters, shutting out the Broncos in the second half.

Holly Pond is idle next week.