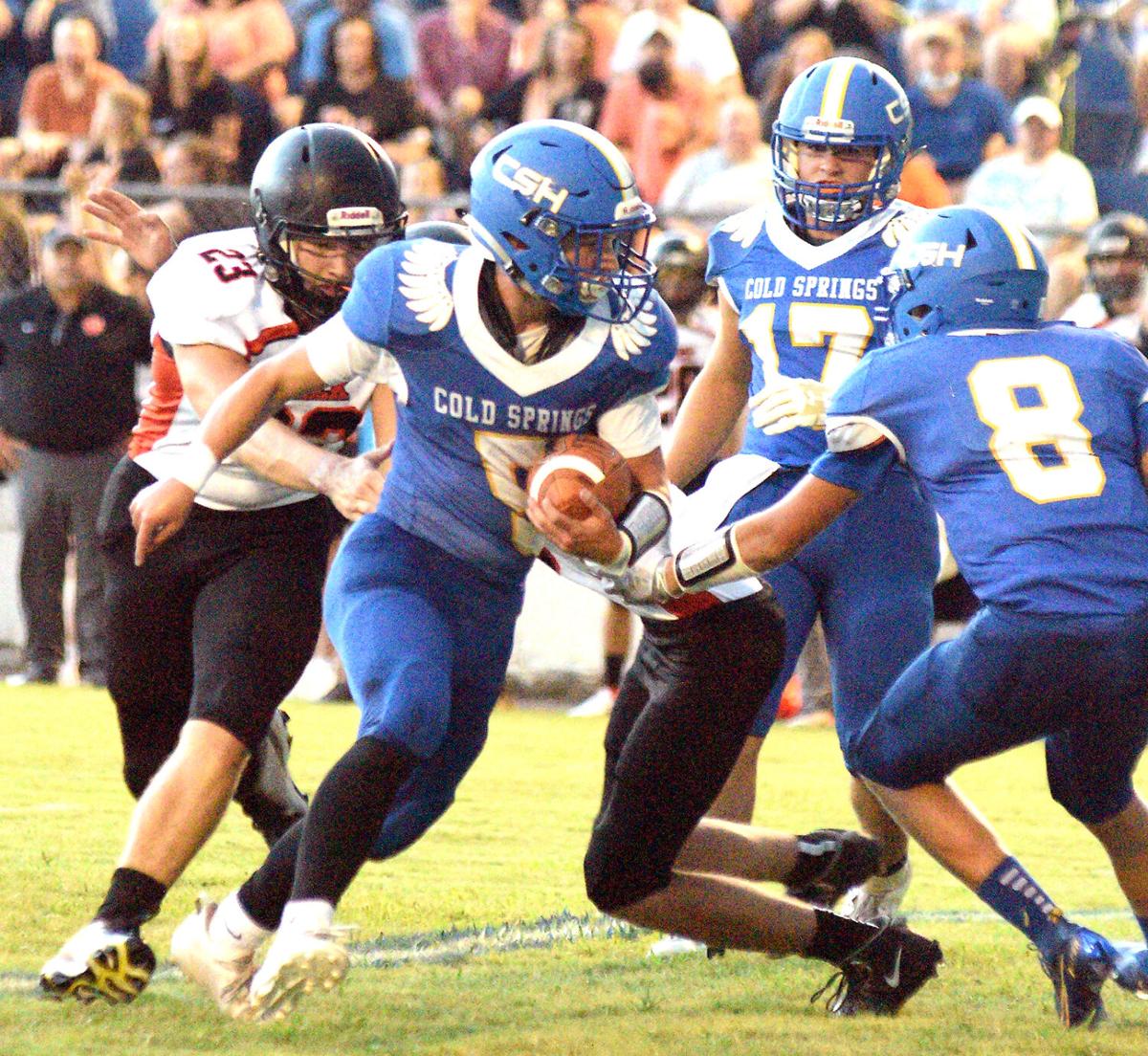 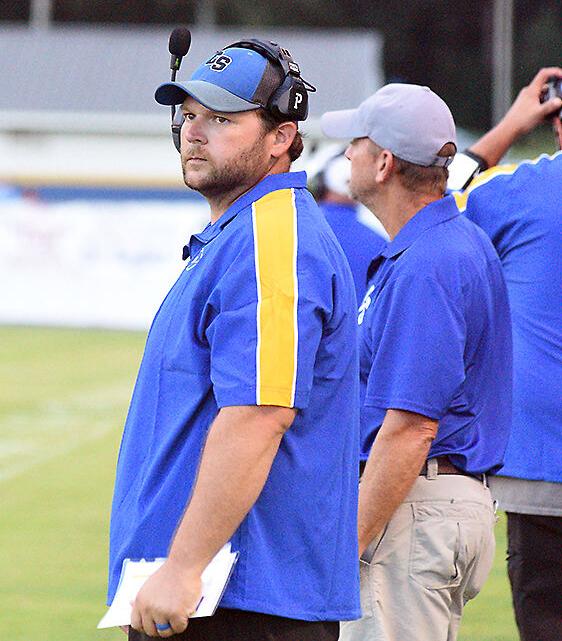 COLD SPRINGS — Ayden Alexander rushed for more than 300 yards, and Cold Springs withstood a late rally on Friday night to kick off the Justin Cornelius era with a 43-40 victory against Meek.

Alexander corralled 307 yards and four touchdowns on 23 carries inside Cranford Stricklin Stadium to help the Eagles earn their third straight season-opening win over the Tigers.

All in all, a successful — and, at times, stressful — debut for Cornelius.

"This was their first game with me, and this was my first game with them in this role," he said. "I've got a lot to learn. I'm going to take some stuff away from this, both for them and me. But this was a big win for us. We needed to open up with a win. I'm proud of them and glad we finished it off."

Meek scored on the first possession of the contest to grab an 8-0 lead, but Cold Springs answered with 28 straight points to build a comfortable cushion at halftime.

Brodi Williams got the Eagles on the board in the first quarter with a 12-yard touchdown run before Alexander secured scores from 9 and 5 yards out in the second stanza to put his team ahead 21-8.

The final touchdown of the half came on a 59-yard pass from Williams to Izaiah Estell.

But the Tigers didn't go quietly.

Meek recovered a fumble early in the third quarter, which led to a touchdown, and then responded to a 5-yard scoring scamper by Alexander with yet another touchdown to make it 35-24.

The Tigers then forced a turnover to regain possession.

Estell, however, thwarted that possible scoring drive with an interception, and Alexander found the end zone just one play later from 32 yards out — Tanner Kilgo added a 2-point reception — to gift Cold Springs a 43-24 advantage.

"Ayden's a dude, man," Cornelius said. "He's a worker. He wants the ball. It was huge for me to be able to rely on him tonight. I was able to lean on him when we needed something."

Meek garnered a couple of touchdowns late, but Roberto Ayala recovered an onside kick with less than a minute left to officially seal the deal.

Ayala was also 5-for-5 on extra points, while Houston Goodwin tossed in an interception.

Cold Springs will travel to Holly Pond next Friday.

And there's plenty of work to do, according to Cornelius.

The game was delayed for approximately 45 minutes in the first half due to inclement weather.

Friday night was not the start Addison hoped to have in 2020.

The 9th-ranked team in Class 2A fell to 4A Haleyville 28-6, marking the Bulldogs’ first season-opening loss since 2015.

Addison struggled to put points on the board as Haleyville scored twice in the opening quarter and took a 21-0 lead into halftime.

Addison (0-1) did find the end zone midway through the third quarter when Christian Roberts hit Justin Mather on a 50-yard touchdown pass.

The Bulldogs face Lynn next week in their home opener.

While many teams in the state started their seasons this week, Fairview and West Point each went the alternative route and played jamboree games.

Fairview coach George Redding said he was "very pleased" as the Aggies defeated Falkville 20-0. The starters played only the first half, which ended with Fairview leading 13-0.

The jamboree win comes after the Aggies’ season opener with D.A.R. was canceled due to the Patriots being under COVID-19 quarantine. According to Redding, "everything is good to go" for Fairview to open the season next week against Vinemont.

West Point coach Don Farley and the Warriors, meanwhile, were excited to be back on the field Friday night, ending their jamboree game with Priceville in a 35-35 tie.

The Warriors received big plays from Will Cochran, Jacob Dye, Gaige Roberson and others as the starters exited the jamboree in the third quarter with a 28-21 lead.

The Warriors start their regular season next week with a road game against Good Hope.

% Brandon Miller contributed to this report.