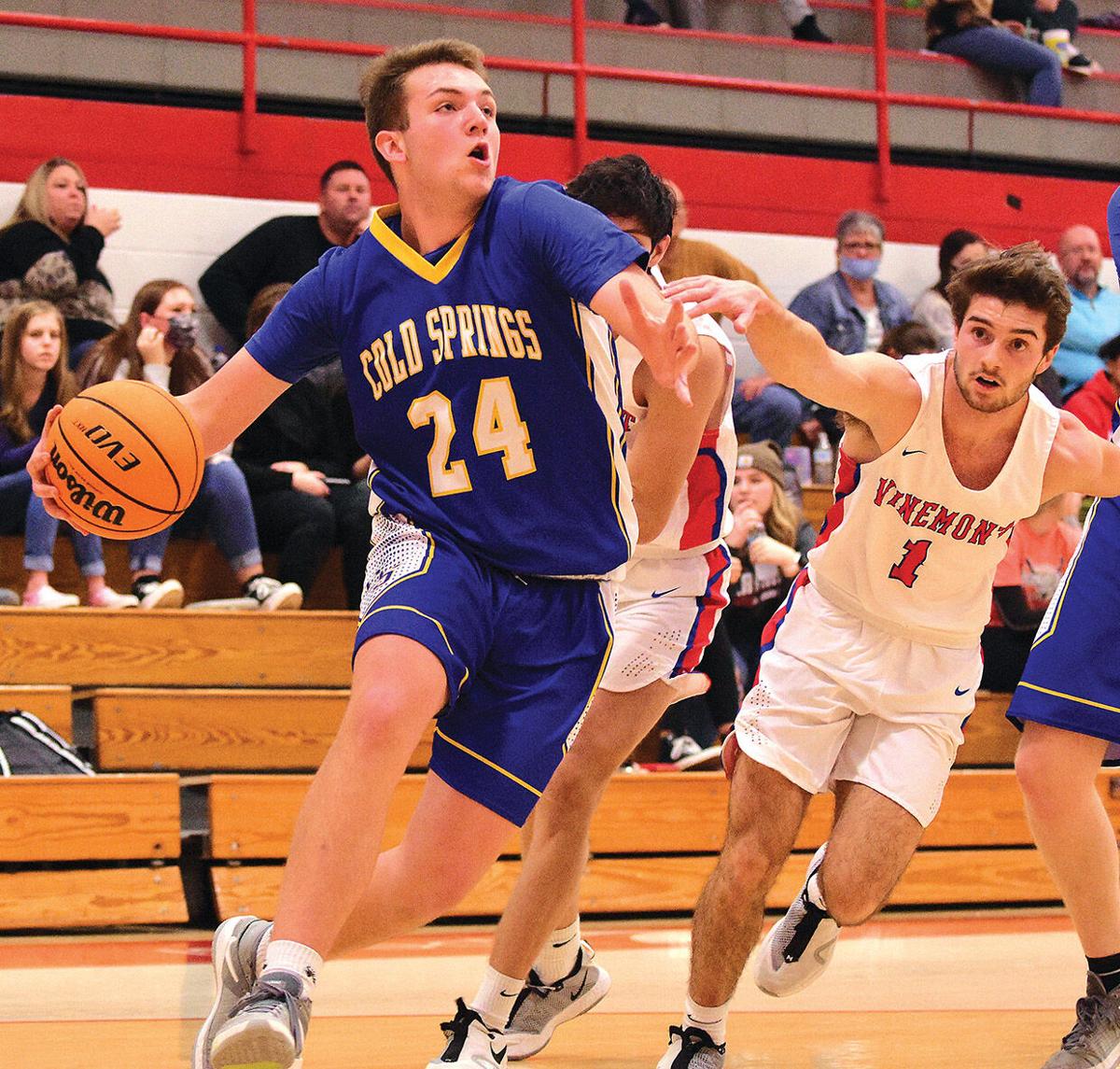 Cold Springs' Tanner Kilgo is defended by Vinemont's Will Rhodes. 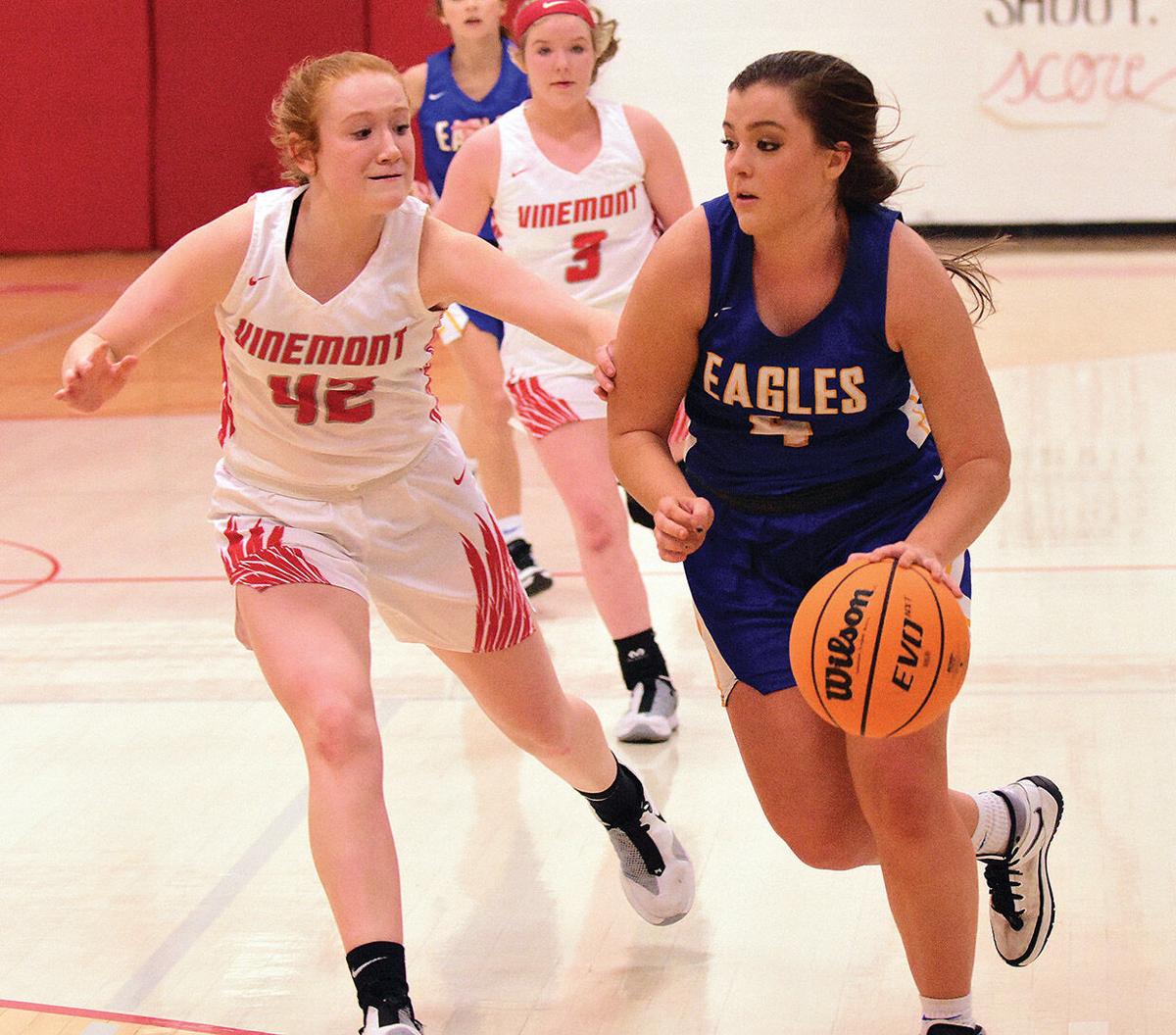 Cold Springs' Tanner Kilgo is defended by Vinemont's Will Rhodes.

The Blue and Gold improved to 14-5 this season, while Vinemont dropped to 7-13.

Despite the win, Cold Springs coach Tim Willoughby didn't necessarily like what he saw from his squad at times.

"Happy to win, especially on the road," he said. "But I didn't think our effort was very good tonight. To be totally honest, we've had some bad practice days and are doing things that good teams don't do in practice. That sort of showed tonight. And if we don't get it cleaned up, we aren't going to accomplish much this year. Even in the best of circumstances, you may not accomplish what you want. But if we don't get things turned around, we're going to have a disappointing end to our season."

% Cold Springs 62, Vinemont 35: The Class 2A No. 7 Lady Eagles burst out of the gate strong, building a large lead and pulling away early for the road win.

Toni West paved the way with 15 points, while Makayla Taylor (11) and Brooke Crider (nine) were next in line.

"I'm very proud of the way our girls are playing at this point in the season," Cold Springs coach Tammy West said. "We've been working really hard, and I think it is showing. Effort has never been an issue with this group of girls. They give it all they have every night and every day at practice."