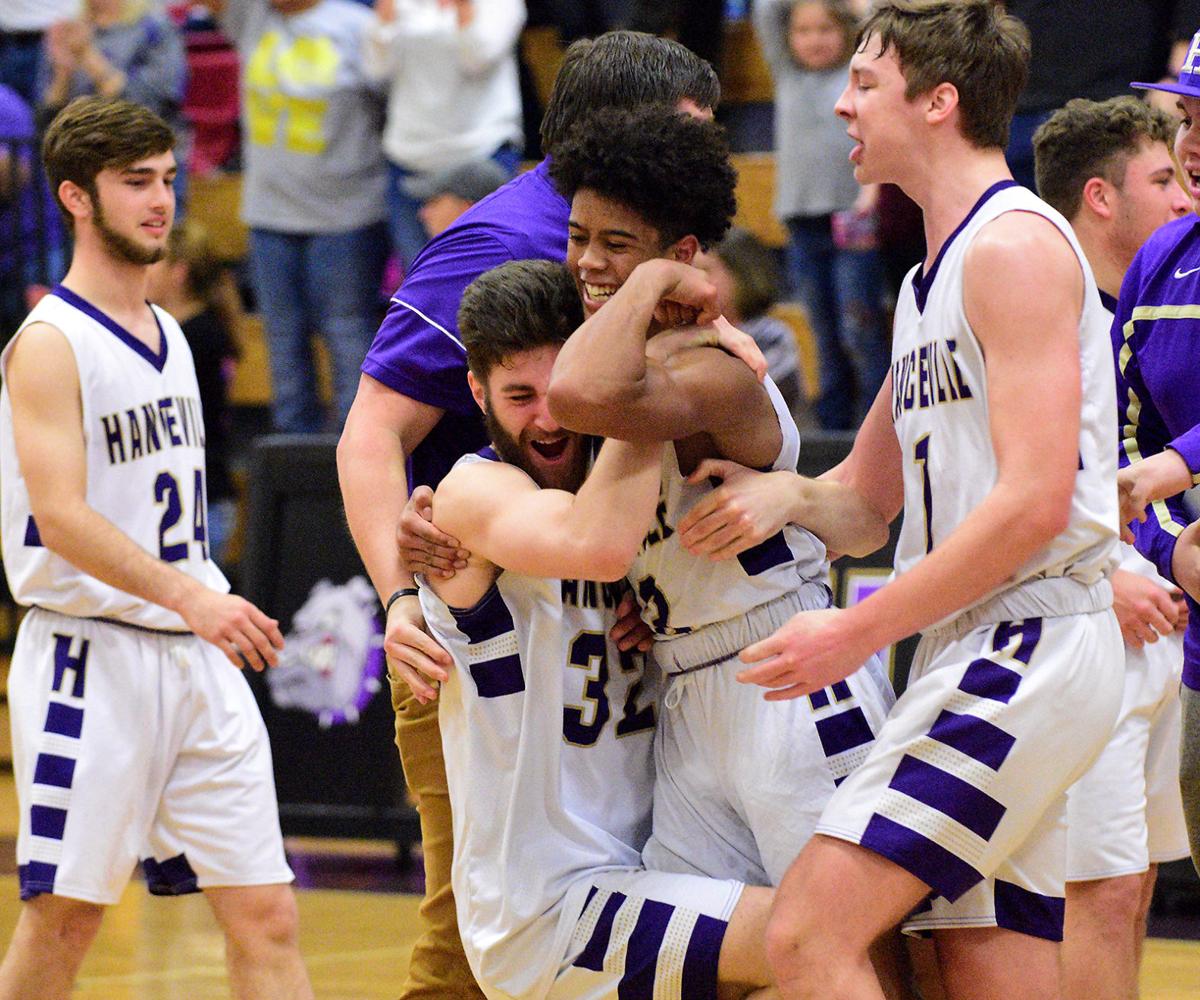 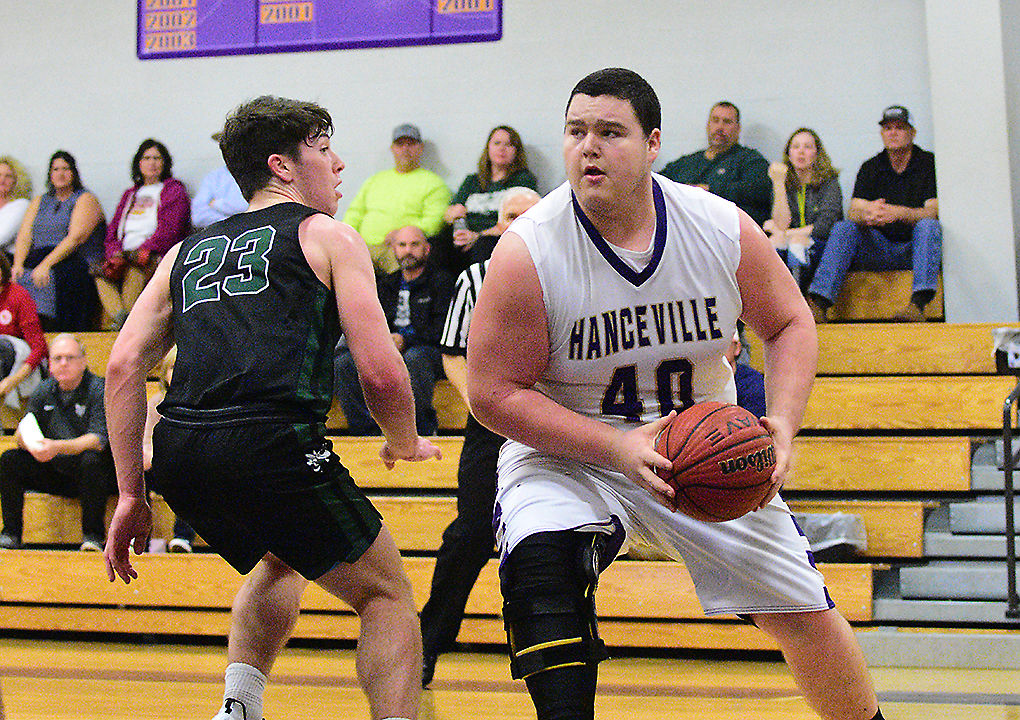 HANCEVILLE — With the game on the line, Zach Campbell couldn't have been more calm.

The emotion came shortly after the freshman sensation delivered in a big way for Hanceville.

Campbell made a pair of free throws with 0.1 seconds remaining on Tuesday night, lifting the Bulldogs to a 58-57 overtime victory against Locust Fork.

Hanceville (16-12) punched its ticket to the Northeast Regional Tournament with the thrilling win.

When the final buzzer blared, a joyful Campbell was swarmed by his teammates and coaches — all of whom were sporting equally jubilant expressions following the back-and-forth affair.

But the outcome, at times, was in doubt for the home squad.

Trailing 43-40 with less than 10 seconds remaining in regulation, Tyson Bellmon made a 3-pointer just before the horn sounded to send the sub-regional game into the extra period.

The Hornets, though, quickly notched a seven-point lead in overtime.

That's when the Bulldogs — season teetering on the edge — started showing their teeth.

They battled back — Matthew Cornelius, Izayah Glenon and Campbell came up with huge plays down the stretch — to tie things at 56 following a trio of Bellmon free throws with 10.7 seconds left.

Locust Fork, however, went ahead with 8.1 seconds remaining after sinking one from the charity stripe.

The brief advantage only served to set up Campbell's heroics.

He sped down the court, drew a shooting foul and delivered when his team needed it.

"We trust each other in tight situations — if we’re winning, if we’re losing, it doesn’t matter," Campbell said. "Our coaches tell us to trust each other. I knew my teammates had me, and I knew when I dished it to Tyson that he was going to hit that shot (in regulation). The main focus is just trusting each other."

And those free throws?

"I just put faith in my shot," he added. "We shoot every day in practice. I know if I would have missed that my teammates would have gotten a rebound and put it back in."

Campbell finished with 17 points, while Cainon Moore (12) and Bellmon (10) also had double figures.

"It was just me putting my faith in these guys," coach Stephen Chandler said. "Tyson held us together, and Zach stepped up. It was a frustrating night. Locust Fork slows us down so well. But somehow, we kept fighting and found a way to win. I’m still trying to process it. But I’m so proud of these guys."

The matchup is scheduled for Saturday at 7:30 p.m.

Funeral Services for Mrs. Mary Lee Sims, 92, of Cullman will be 2 p.m. Sunday, February 23, 2020 at Cullman Funeral Home Chapel, Reverend Caleb Elrod will officiate the service. Interment will be at Duck River Baptist Cemetery. Visitation will be Saturday, February 22 from 5:30 - 8 p.m. at C…

Bobby Gene Cleghorn of Cullman, Ala. passed away February 21, 2020 at the age of 85. He was born in Cullman July 15, 1934 to James Finis and Polly Woodard Cleghorn. He worked as a Poultry Processing Plant Manager for Golden Rod Poultry. He was preceded in death by his parents and a brother, …