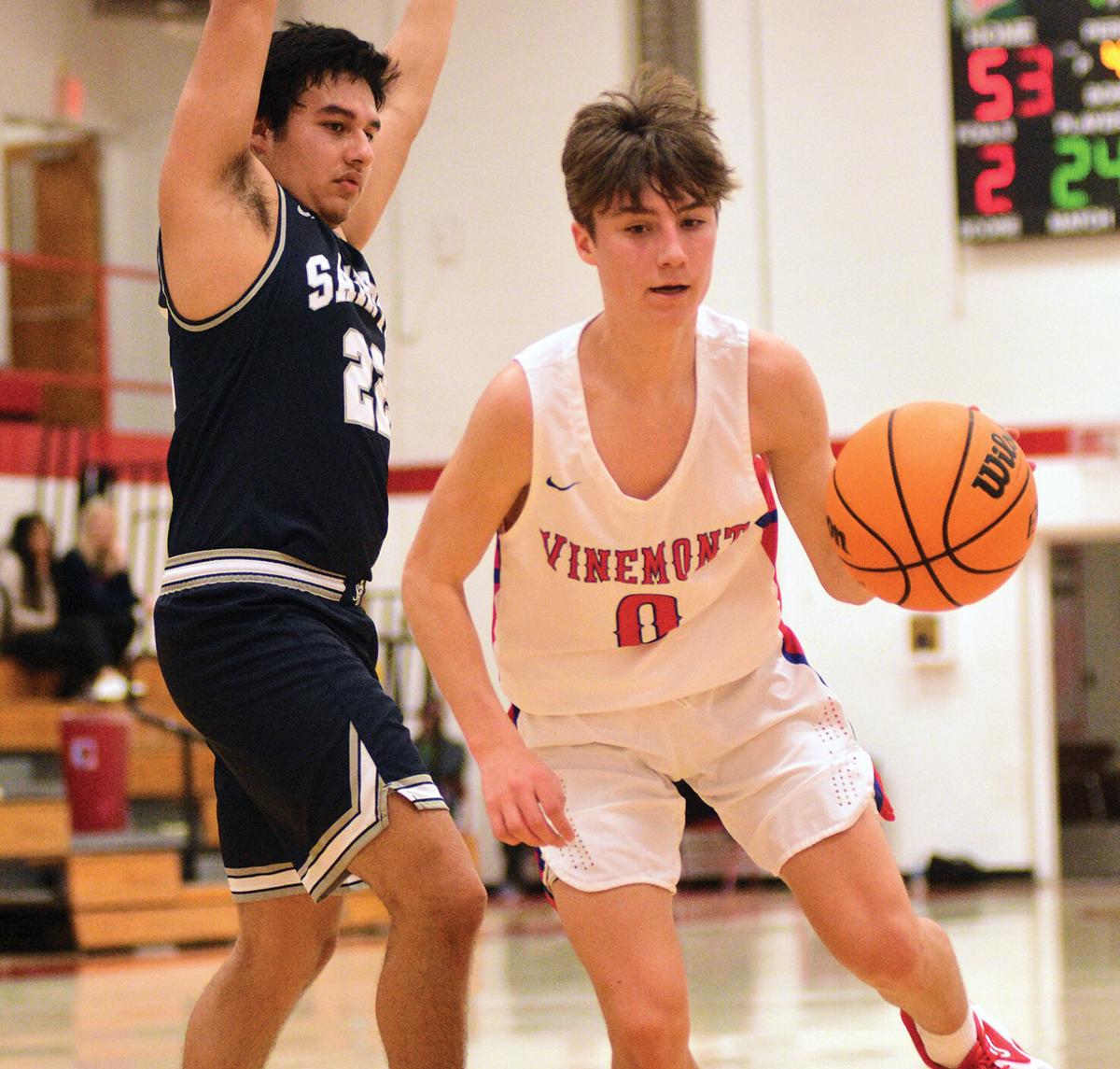 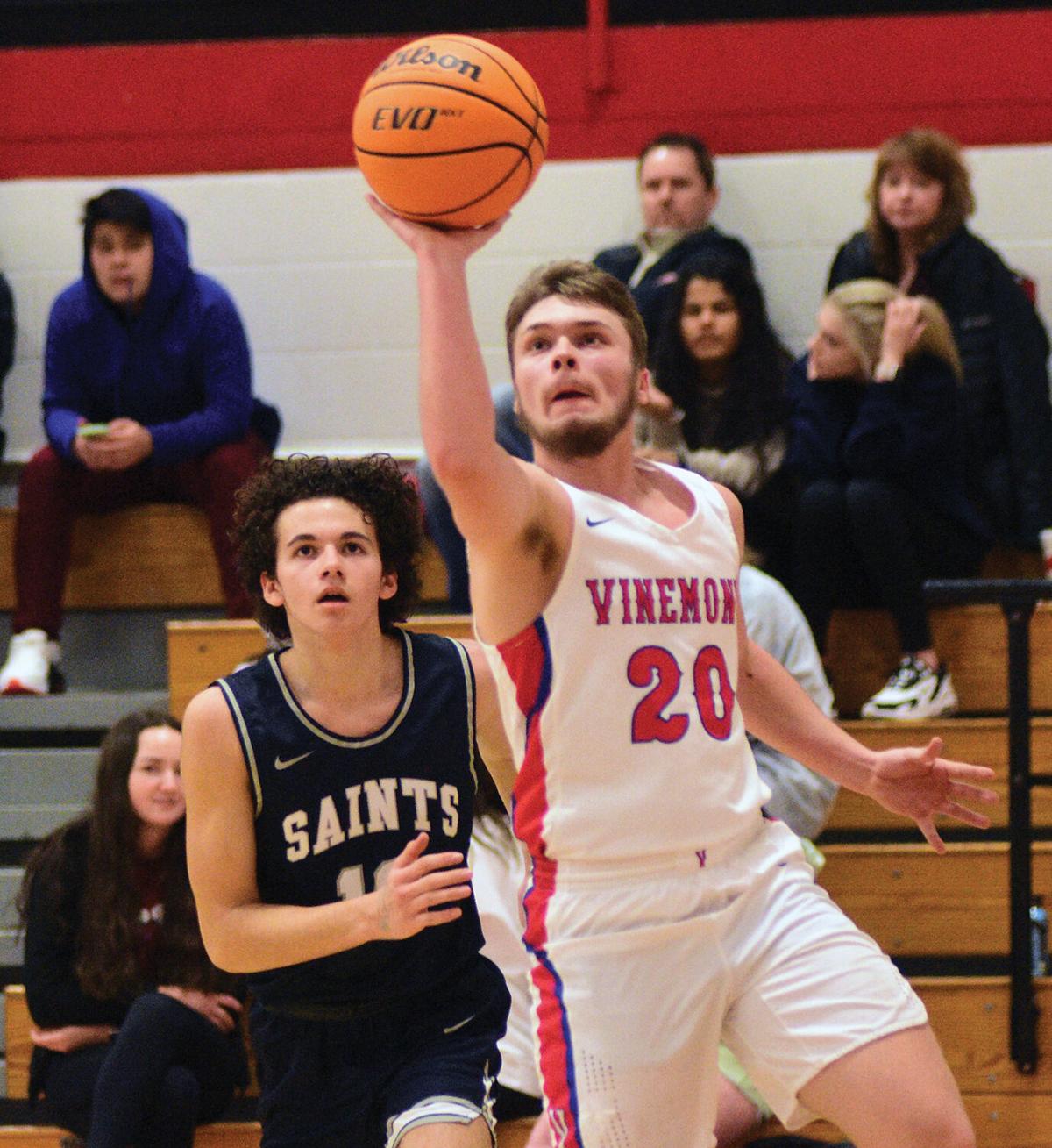 Vinemont’s Kix Johnson puts up a shot during Tuesday’s game. 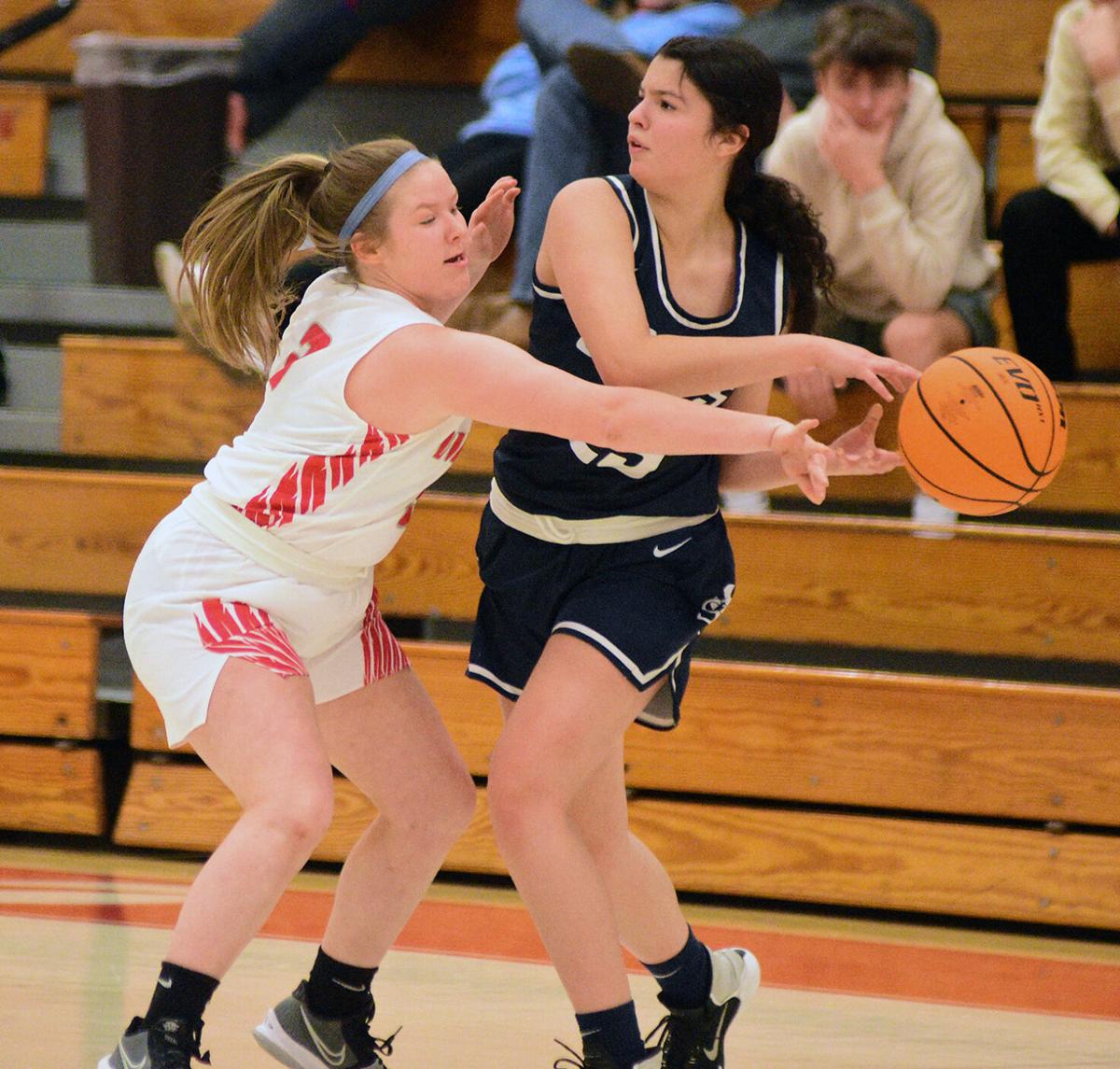 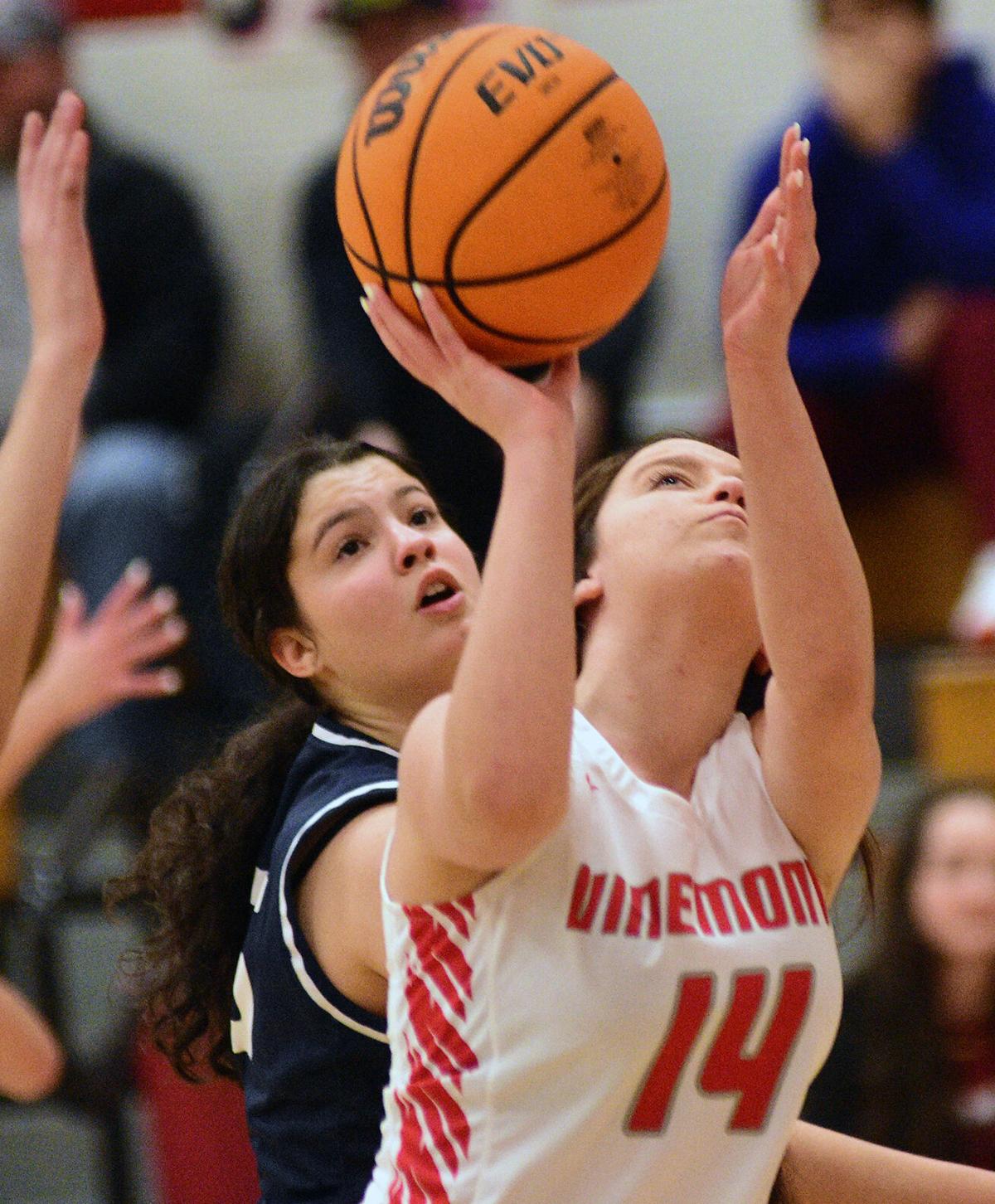 Vinemont’s Kix Johnson puts up a shot during Tuesday’s game.

VINEMONT — Ryan Stewart spearheaded a balanced offensive attack with 17 points, Vinemont’s defense impressed during the second half, and the Eagles took down St. Bernard 63-44 on Tuesday night.

Toby Hill also reached double figures with 14 points to help the Eagles claim their third win of the season.

“I was proud of our defense after halftime,” Vinemont coach Preston Boyd said. “I thought we came out and responded well to some of the things we talked about in the locker room. We wanted to come out with some intensity, and I thought we did that. We were then able to get a lot of guys some playing time late. We’re looking forward to bigger and better things down the line now.”

Stewart sank five first-half 3-pointers to propel Vinemont to a 38-24 halftime cushion. The home team then held the Saints to just four points in the third quarter to stretch out a comfortable lead.

“Ryan has gone through a lot this season with multiple injuries,” Boyd said. “He’s struggled, but he’s put in a lot of work and effort in order to get back to what he can be to help our team. I’m proud of all our guys, but I’m really proud of him. We’re going to need him down the stretch to be the team we’re capable of being.”

% Vinemont 71, St. Bernard 13: Reagan Robinson totaled 18 points, Whitney Quick (14) and Maggie Burks (12) joined her in double figures, and the Eagles notched a home victory against the Saints on Tuesday night.

Vinemont opened the game on a 17-0 run en route to securing their sixth win of the season.