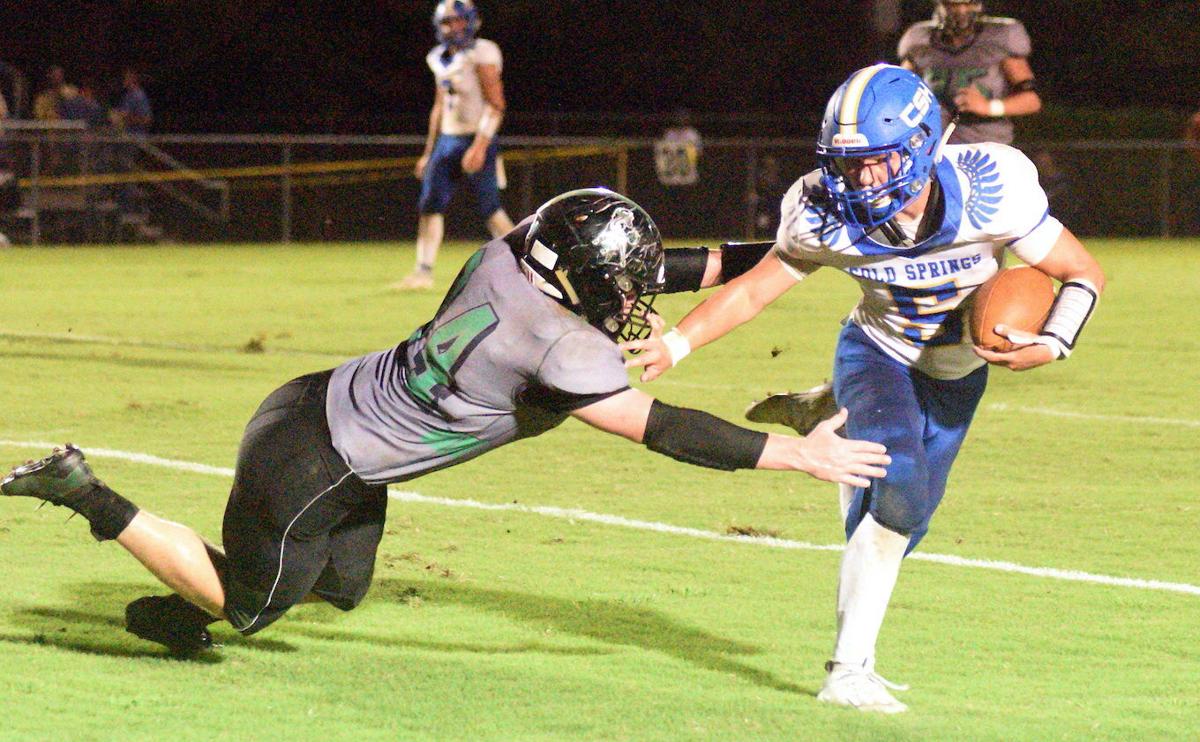 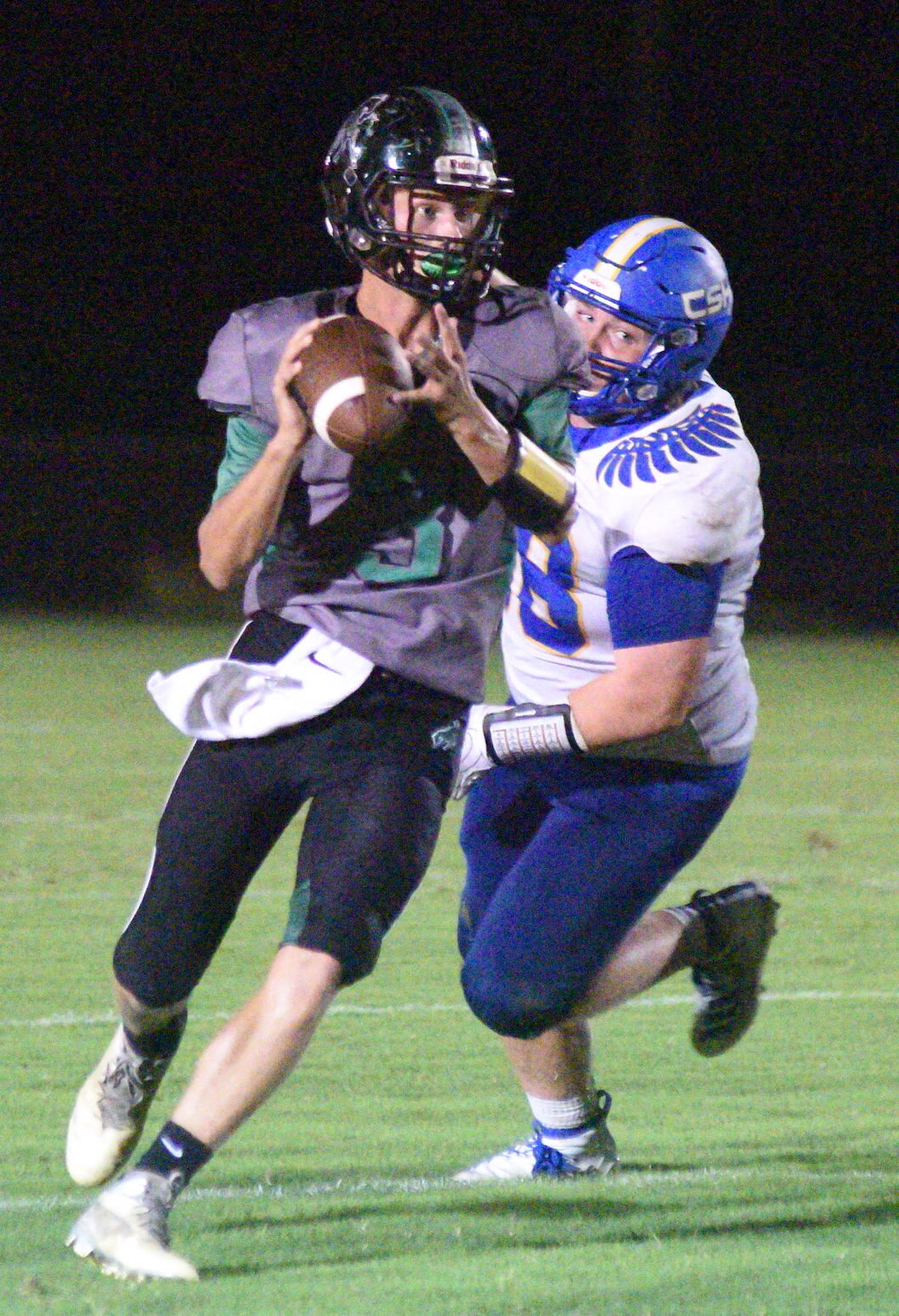 Through two games, first-year Eagles coach Justin Cornelius has been impressed with his squad.

“We have a resilient mindset, and that can carry you a long way. Our guys show up to work every day willing to get better,” Cornelius said. “We played a lot cleaner this week, especially on defense. Holly Pond was ready to play. I felt like we executed well and did a good job of staying attentive during a short week.”

Williams, the Eagles’ senior signal-caller, put Cold Springs (2-0) on the scoreboard first, connecting with Izaiah Estell for a 55-yard touchdown pass in the closing seconds of the opening quarter.

With 8:22 to go in the second quarter, Holly Pond (1-1) grabbed an 8-7 edge following a 35-yard touchdown run by quarterback Landon Perkins and a subsequent 2-point conversion.

The Broncos’ lead, however, was short-lived.

Williams found Alexander for a 35-yard touchdown pass with 7:17 remaining in the half, handing the Eagles a 13-8 advantage.

Cold Springs then added a late touchdown before intermission as Alexander scooted in from 3 yards out. A 2-point conversion shortly afterward made it 21-8.

The Eagles increased the cushion to 28-8 with 6:46 left in the third quarter on Williams’ third touchdown pass, this time to Roberto Ayala from 10 yards out.

Holly Pond trimmed its deficit to 28-16 with 1:29 to go in the third on Perkins’ second touchdown run — a 2-point conversion followed — of the night.

The Broncos, though, never got closer.

Cold Springs, which is off to its second 2-0 start in three seasons, opens Class 2A, Region 5 action next Friday, hosting Sulligent.

“Our region is awful tough. It’s about to get real,” Cornelius said. “It’s big to take this momentum into region play.”