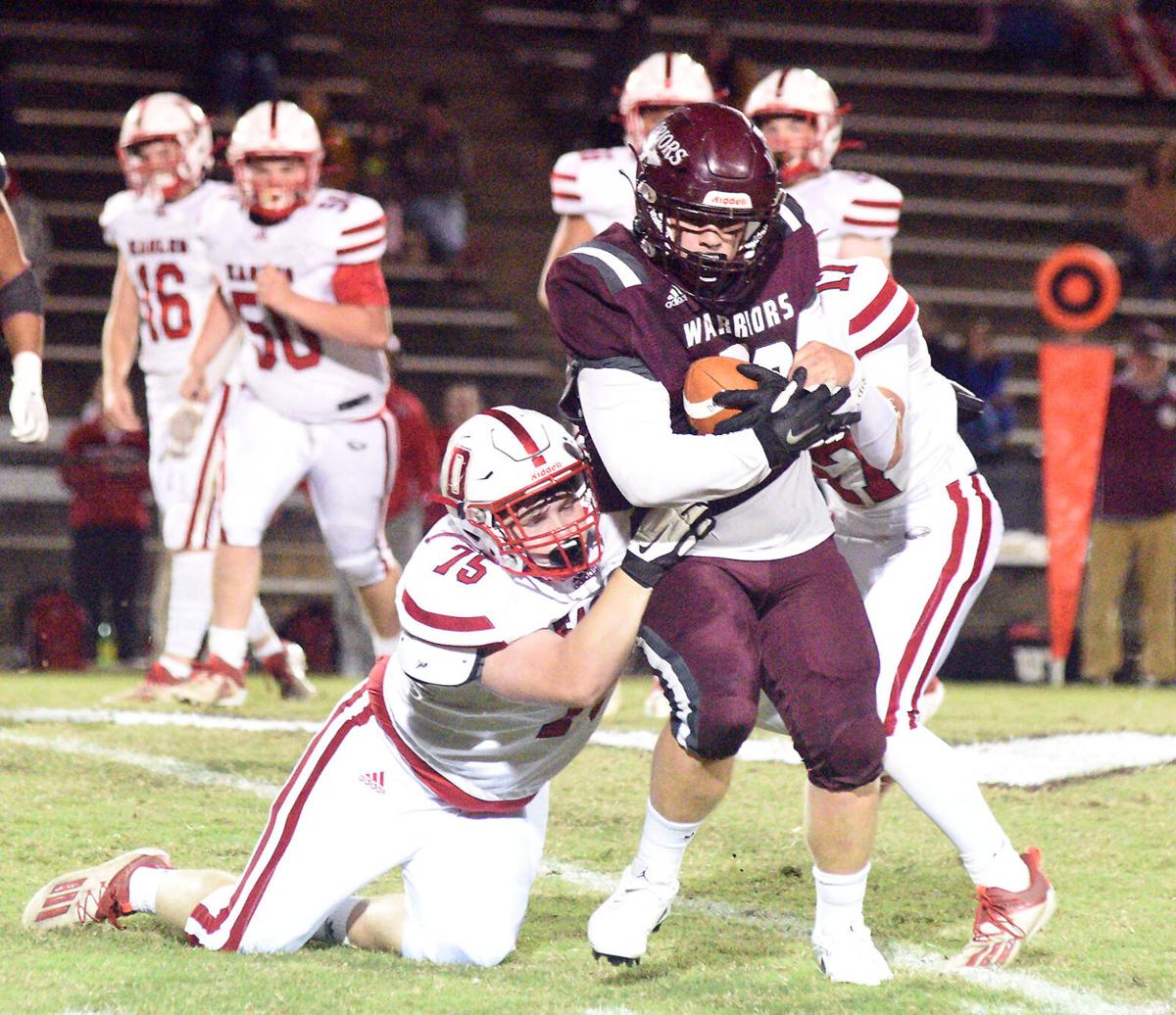 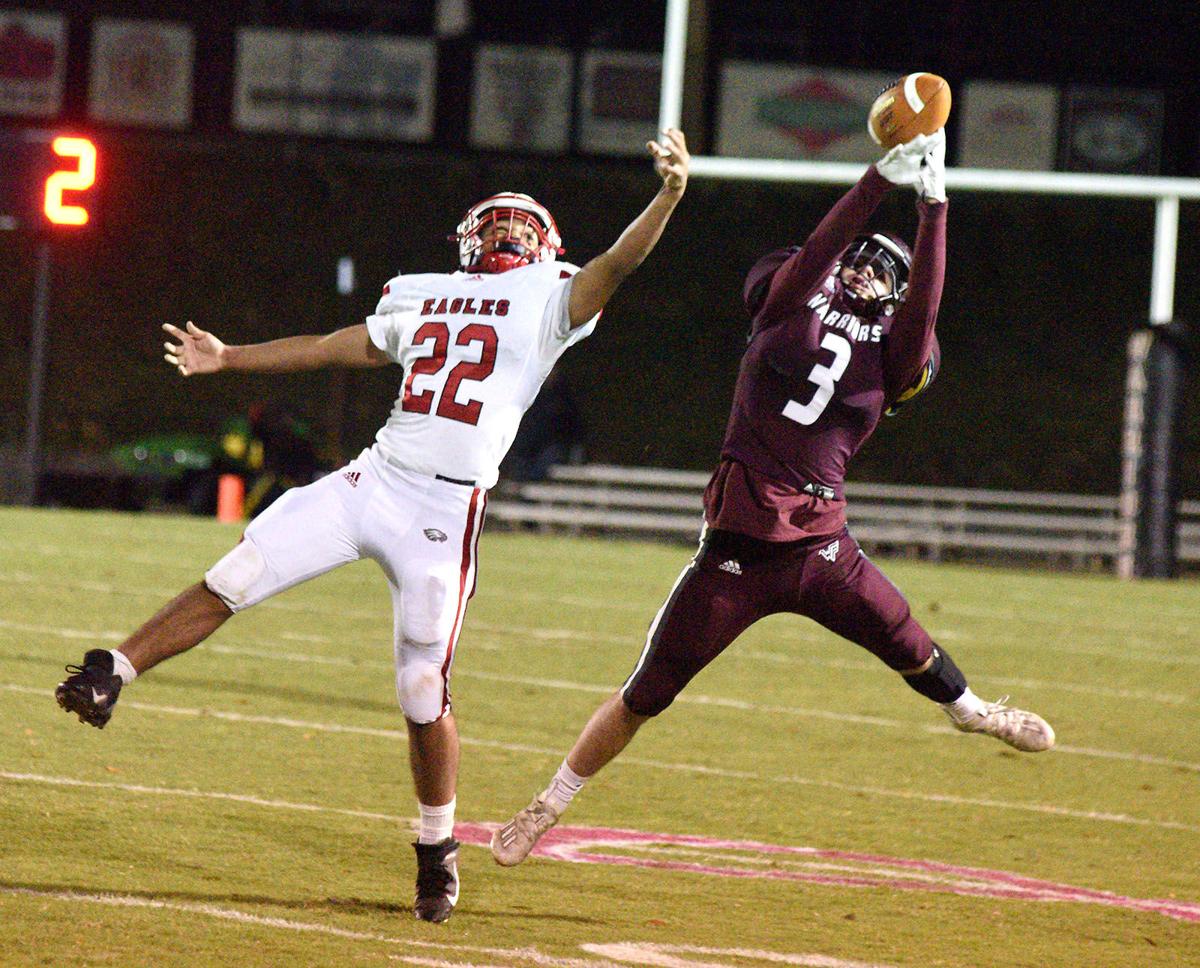 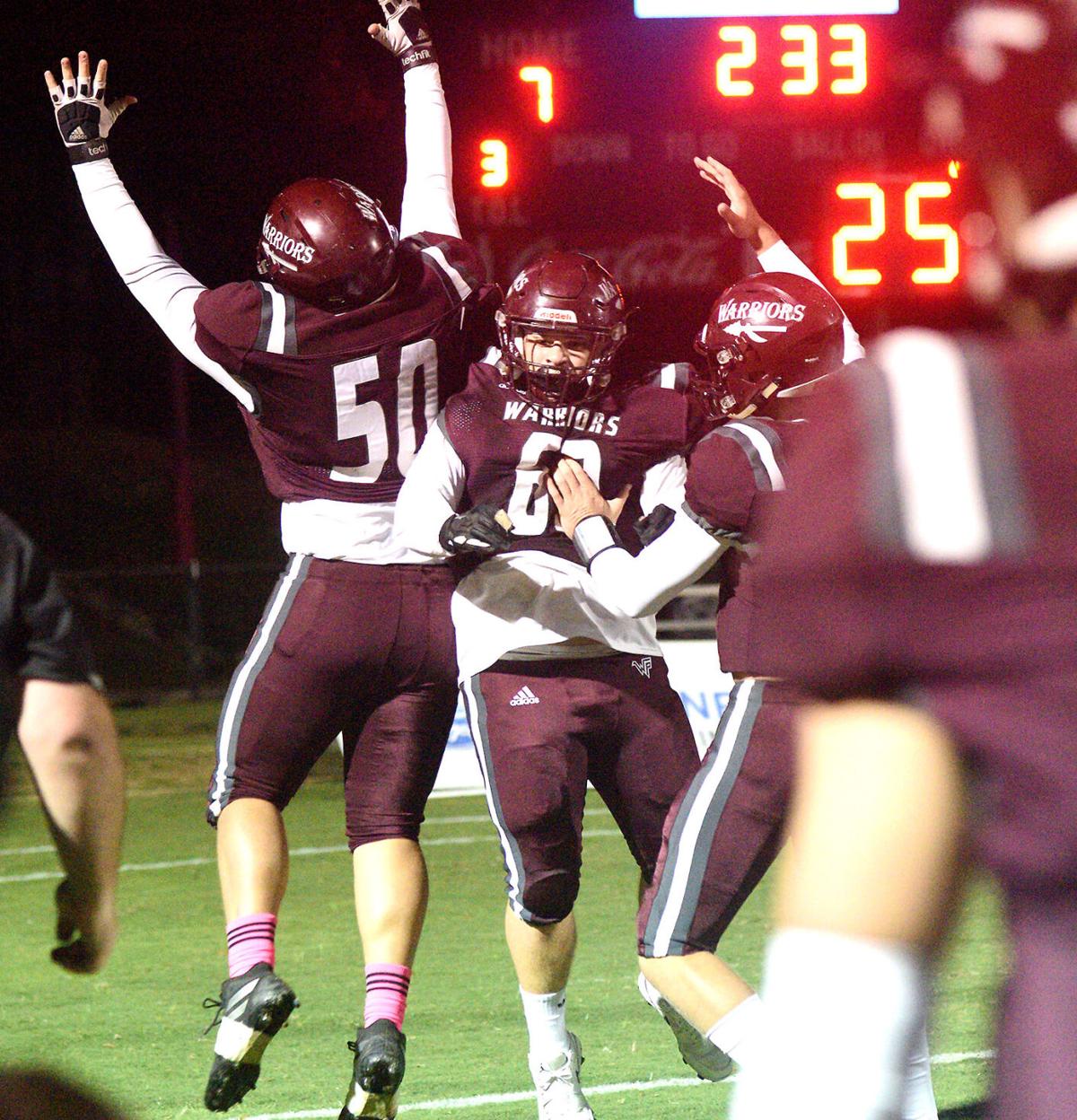 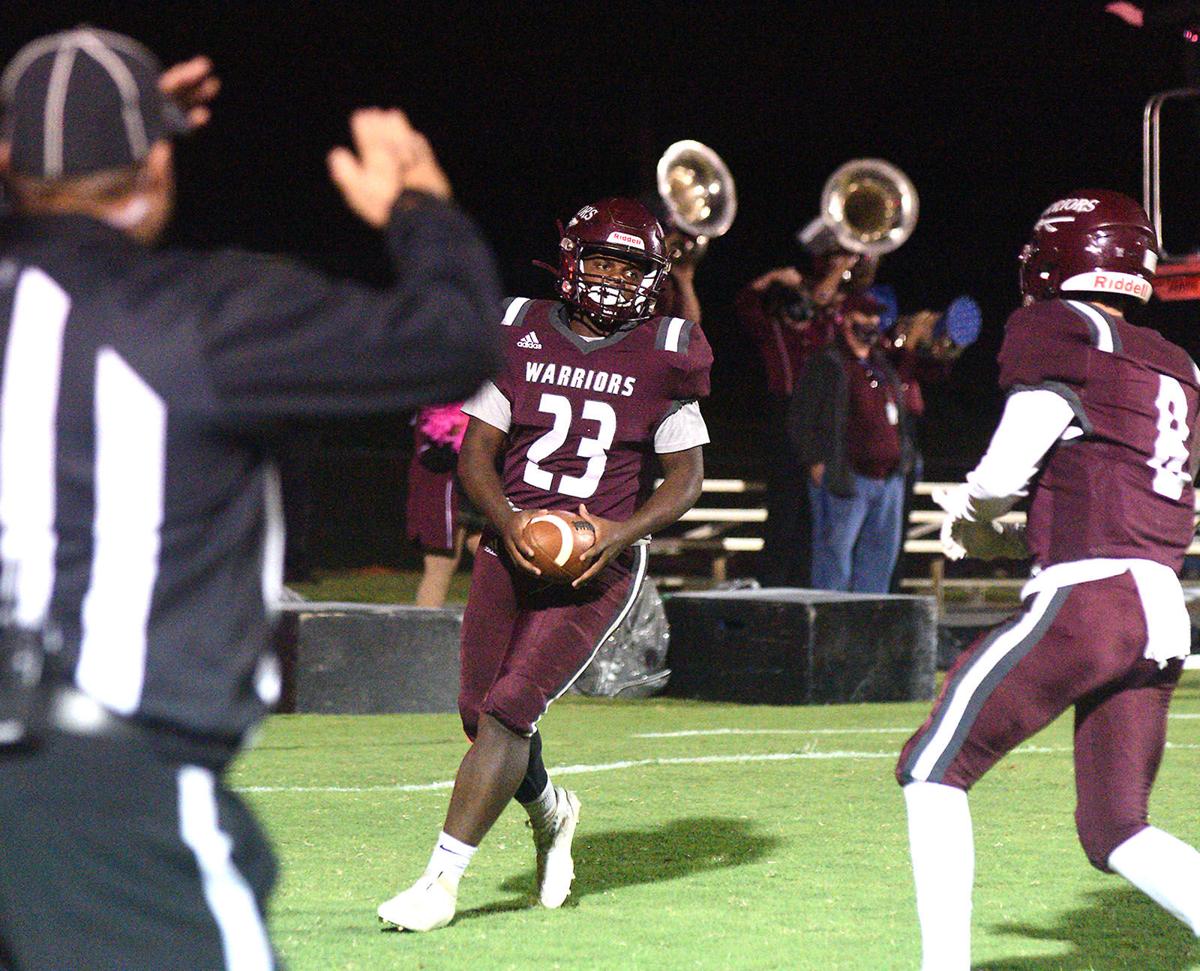 WEST POINT — Make no mistake about it, the Warriors had one goal in mind on Friday night.

And, after an outstanding performance against Douglas, it's safe to say they accomplished that goal.

"These seniors were freshmen the last time we made the playoffs, so they know what it takes," said Farley, whose squad pitched its first shutout since 2017. "Their 10th-grade year, we were close. Last year, it came down to one game. Hats off to our guys. We didn’t talk about the playoffs this week. We talked about wanting to come out here and get a win on our home field. And to just keep working and keep getting better, honestly."

Keynan Baker's 50-yard interception return later in the stanza made it 14-0 Warriors, and the home team added four scores in the second frame to build a 42-0 halftime advantage.

Will Cochran garnered a pair of touchdown runs (3 and 4 yards) to go along with a 56-yard TD pass (Kobe Bowers), while Washington punched it in from 8 yards out for his second score.

Carter Thornton wrapped up the scoring with a 75-yard kickoff return to open the second half, which consisted of eight-minute quarters and a running clock.

"I don't remember the last time it's happened," said Farley, referencing his team's scores on offense, defense and special teams. "But it feels nice to see all three phases come through and to be able to get some young guys in there tonight."

Cochran finished 5 of 9 through the air for 129 yards. He added 27 rushing yards.

Bowers (76 yards) and Branson Smith (46 yards) were the top targets in the pass game.

Luke Hammond recovered a fumble on defense, and Logan Selby and Omar Segundo combined to make all seven extra-point attempts.

Additionally, the Maroon and White held Douglas to less than 100 yards of total offense.

"I'm just real proud of our guys," Farley said. "I have been all season. Our kids have played hard and battled through adversity with some tough losses. Guys stepped up tonight and have all season, and that's what we're proud of at West Point."