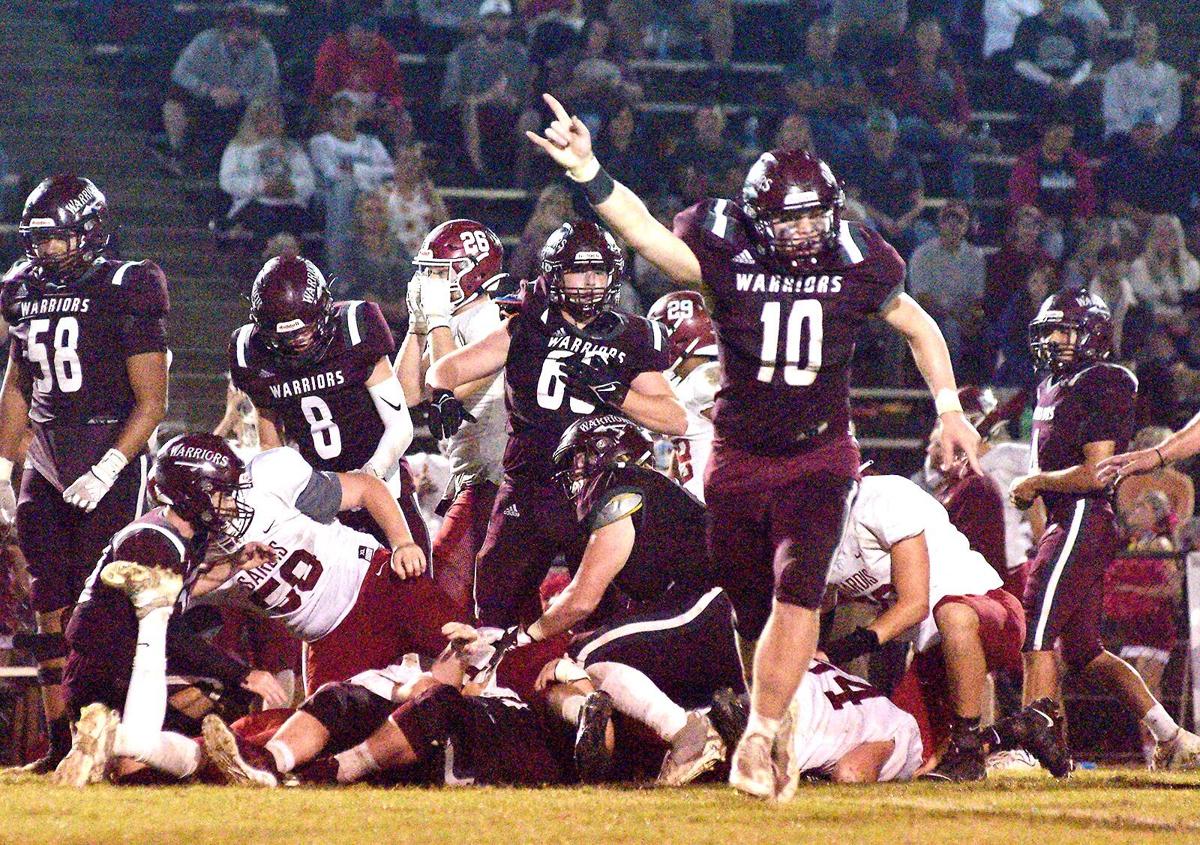 JD Cochran (10) celebrates a big West Point stop on fourth down early in the fourth quarter during Friday night’s home game against Sardis. 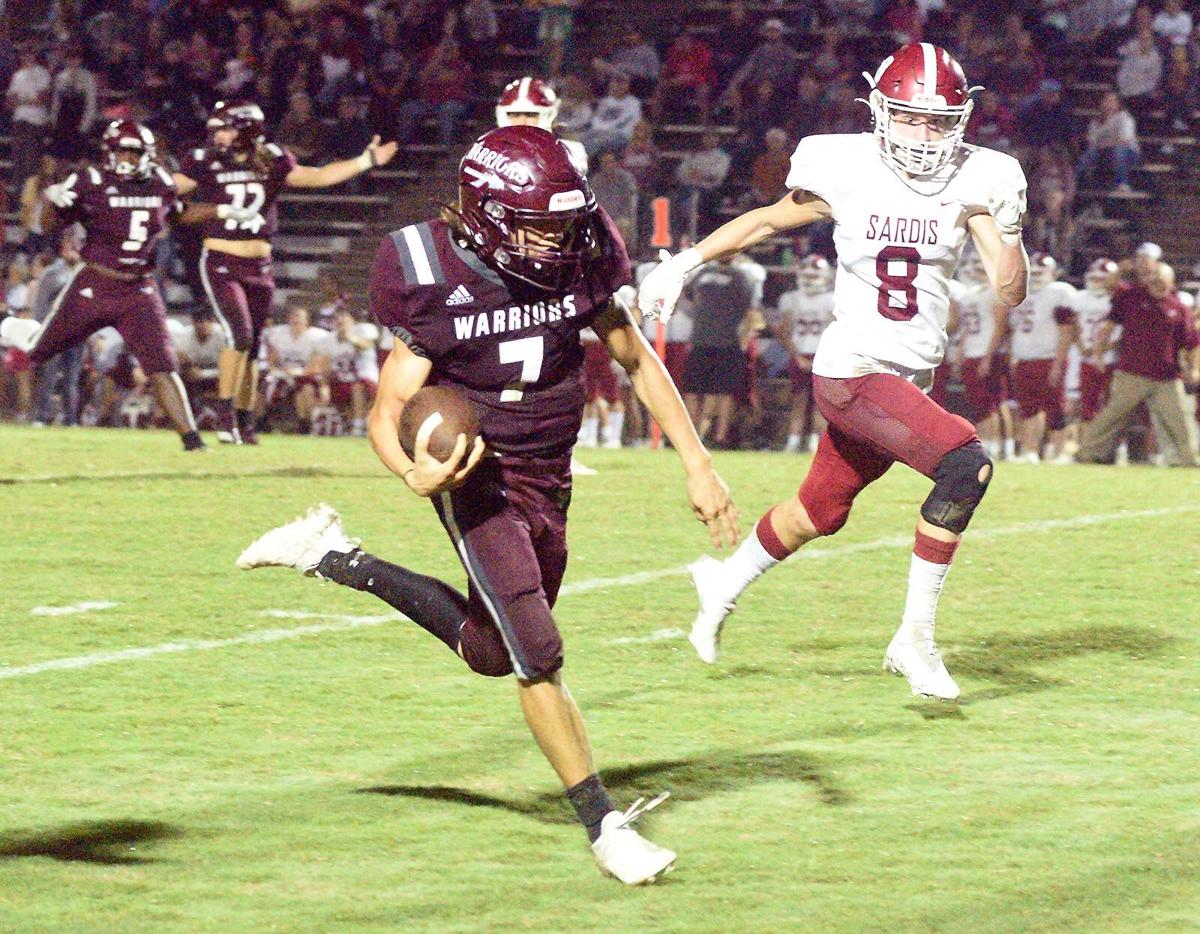 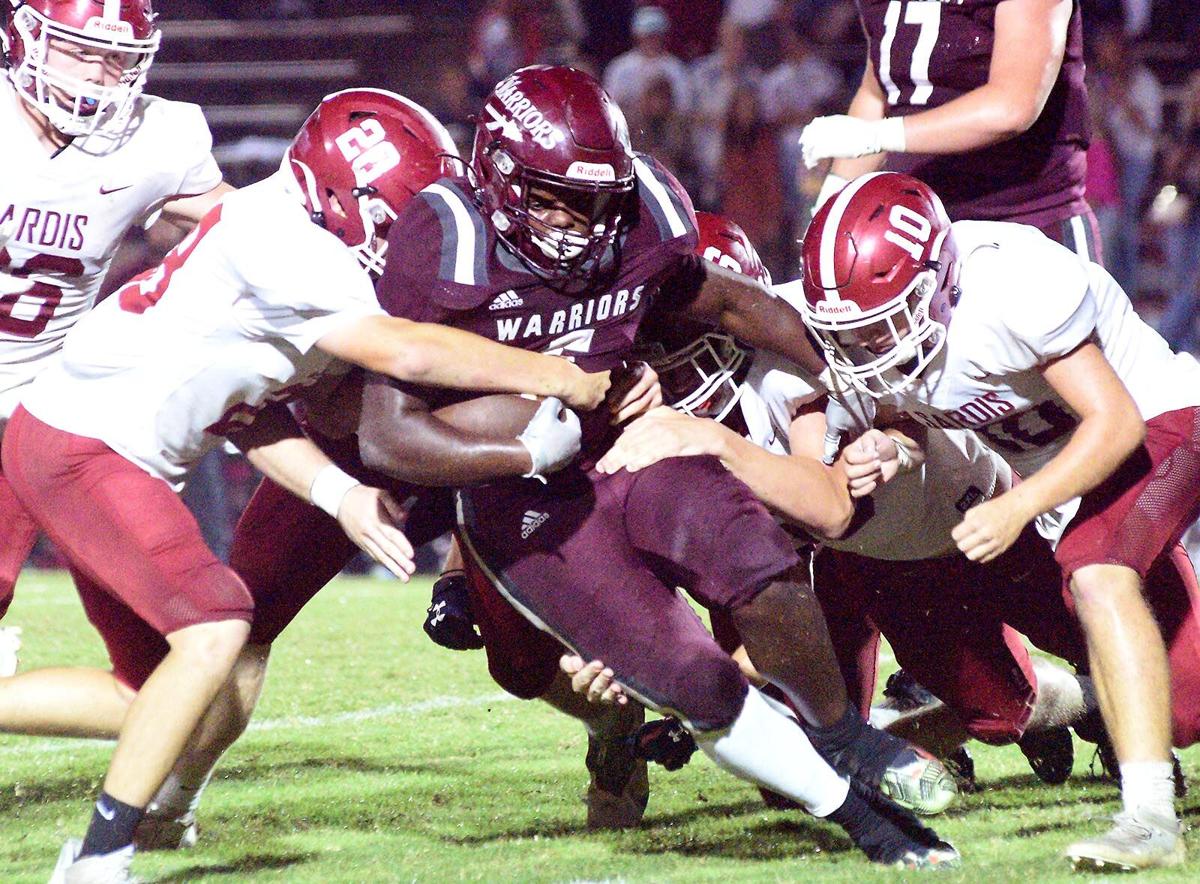 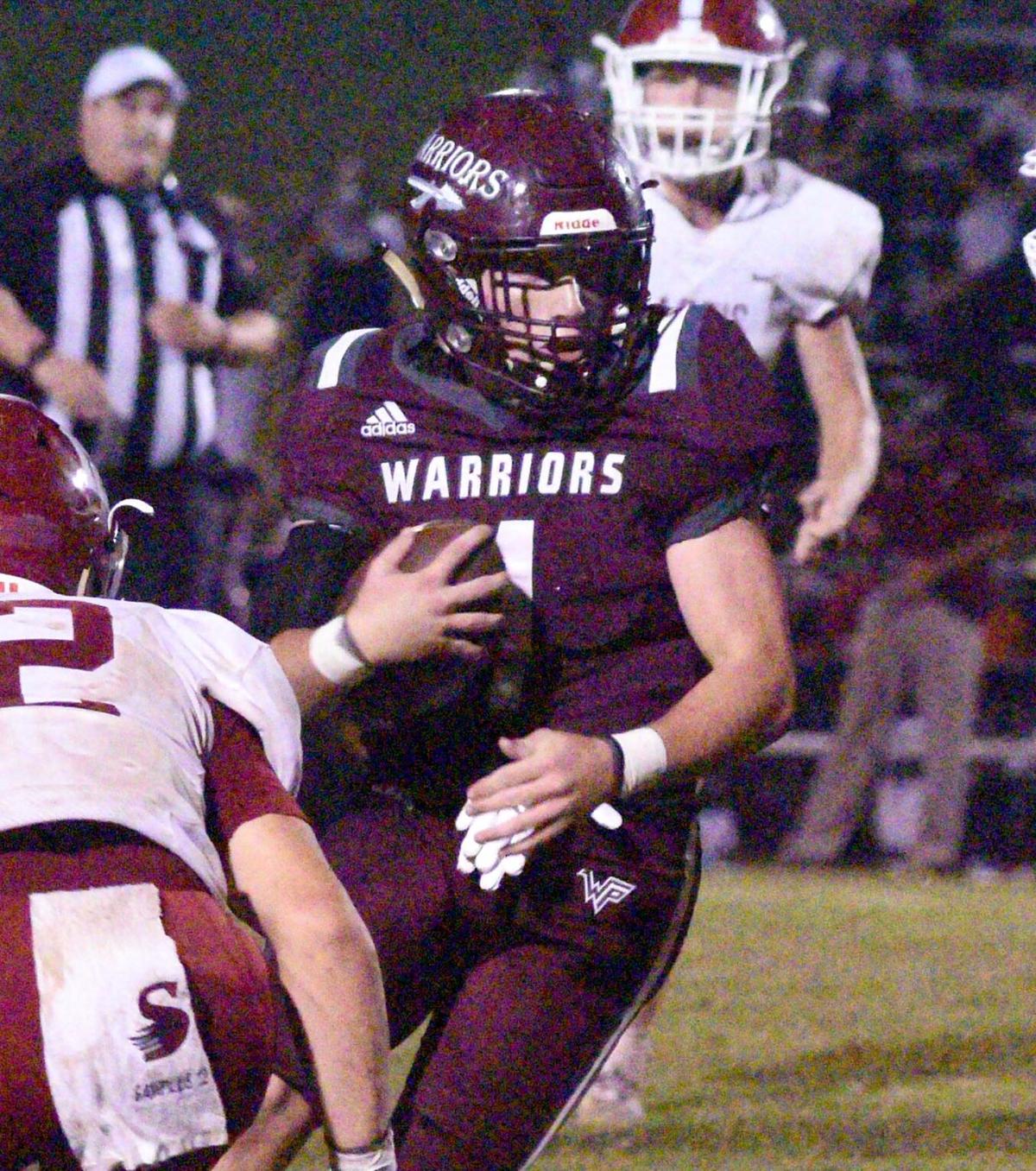 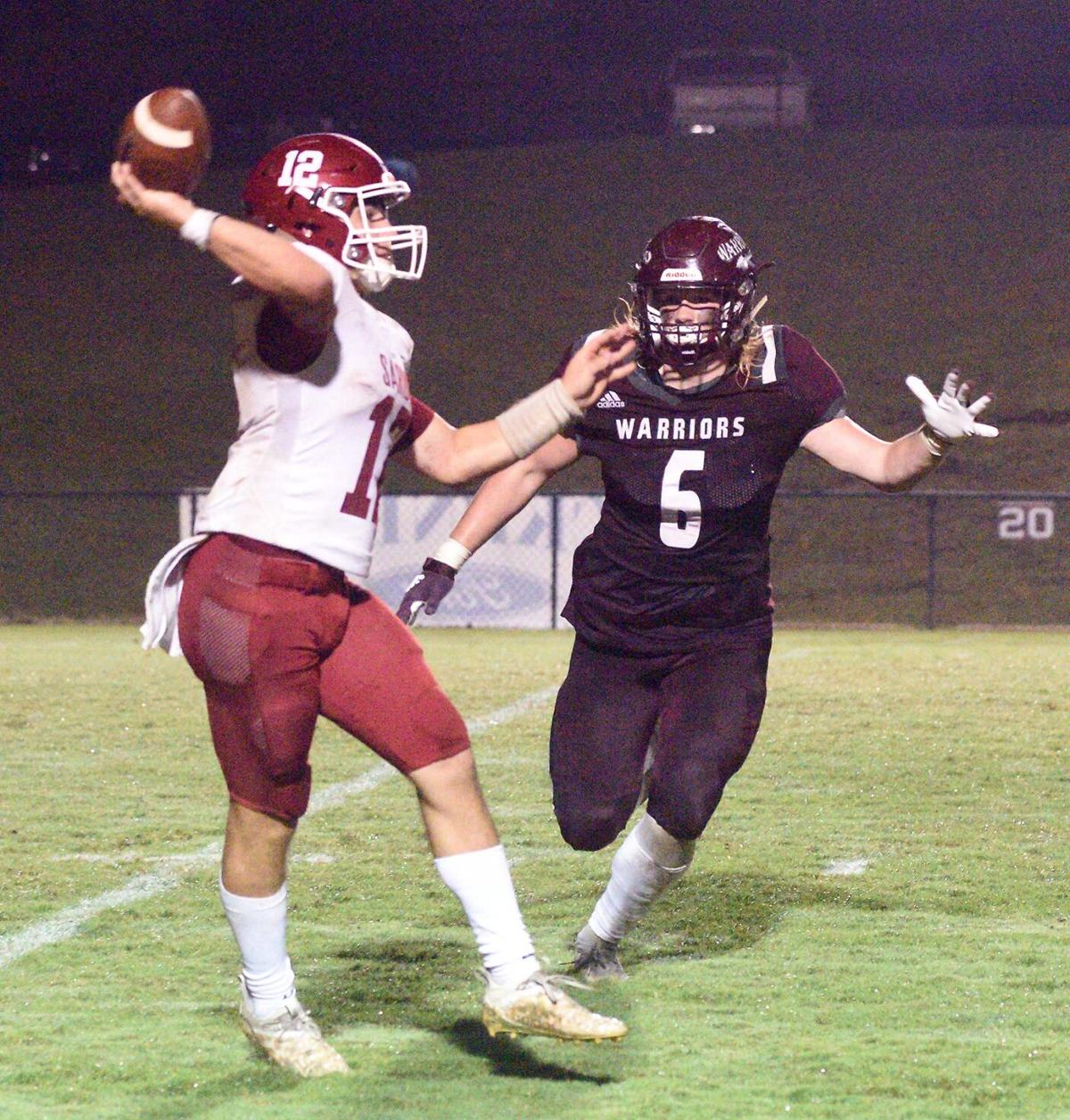 JD Cochran (10) celebrates a big West Point stop on fourth down early in the fourth quarter during Friday night’s home game against Sardis.

WEST POINT — The Warriors made some clutch plays late in Friday night's matchup against Sardis, holding off the Lions for a 14-8 home victory.

Coach Don Farley was pleased to get the win, even if there are plenty of things to improve upon.

"I was proud of how our guys battled," he said. "It wasn't pretty at times, but we got a win. At the end of the night, that's what you're looking for. But you've got to come out Monday through Thursday ready to play. You can't wait until game night to be ready. The other team works hard and wants to win, too."

West Point extended its lead to 14-0 late in the third quarter on Suyeta Drowning Bear's 67-yard scoring dash. Drowning Bear also reeled in an interception at the goal line early in the fourth quarter.

Sardis, though, kept at it.

The Lions made it 14-8 midway through the final stanza on a 39-yard touchdown pass from Brody Samples to Joshua Burns and then got the ball back shortly afterward following a West Point fumble.

The Warriors, however, forced a punt before Kelton Washington sealed the win with a 6-yard carry on 4th-and-2 with less than two minutes left in the contest.

"Our offense went with the jumbo package, and we were able to grind out a first down to finish it," Farley said.

West Point will attempt to earn a spot in the postseason when it travels to Douglas next Friday night.

Sardis will head to Crossville.

"We've got to come in Monday morning ready to work and clean some things up and fix some mistakes," Farley said. "We've got to make it count starting on Monday."