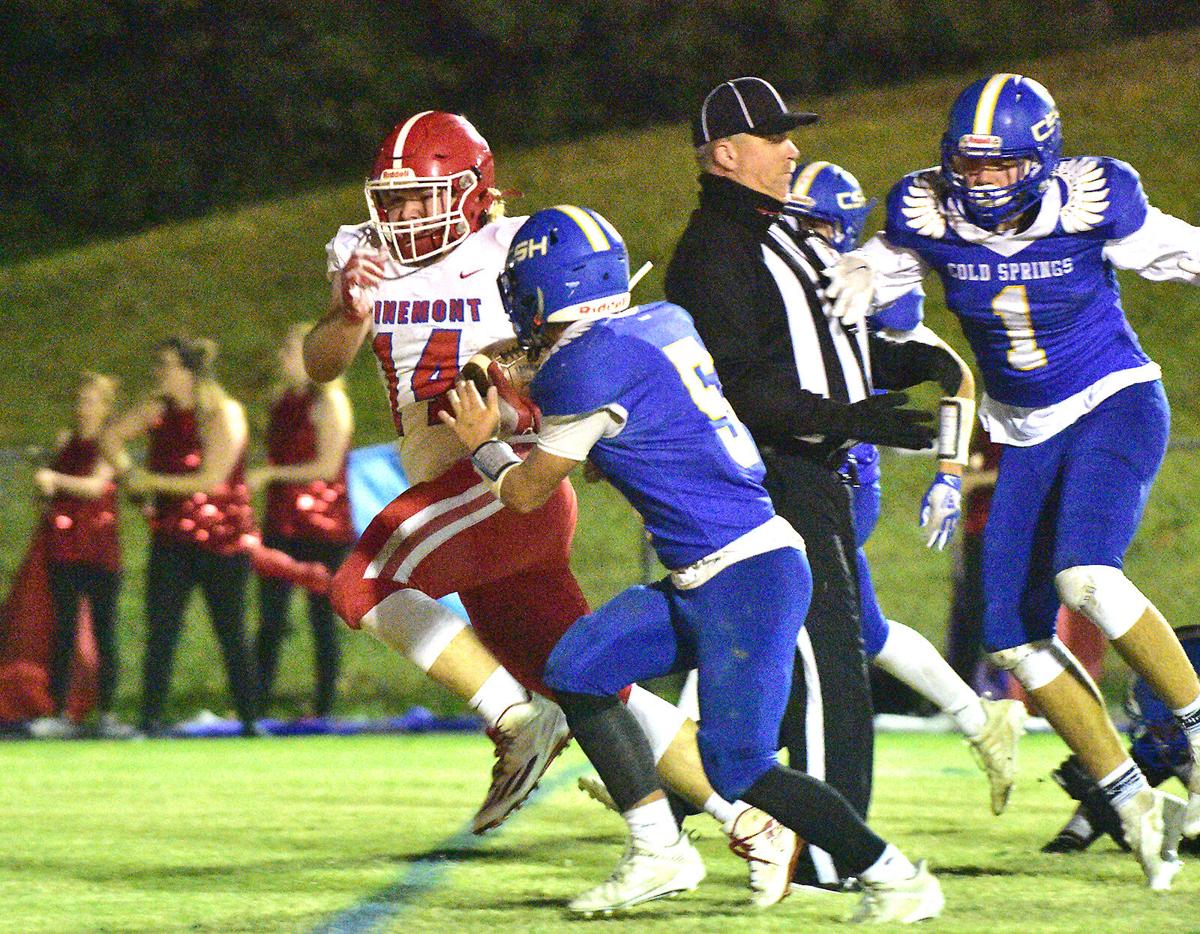 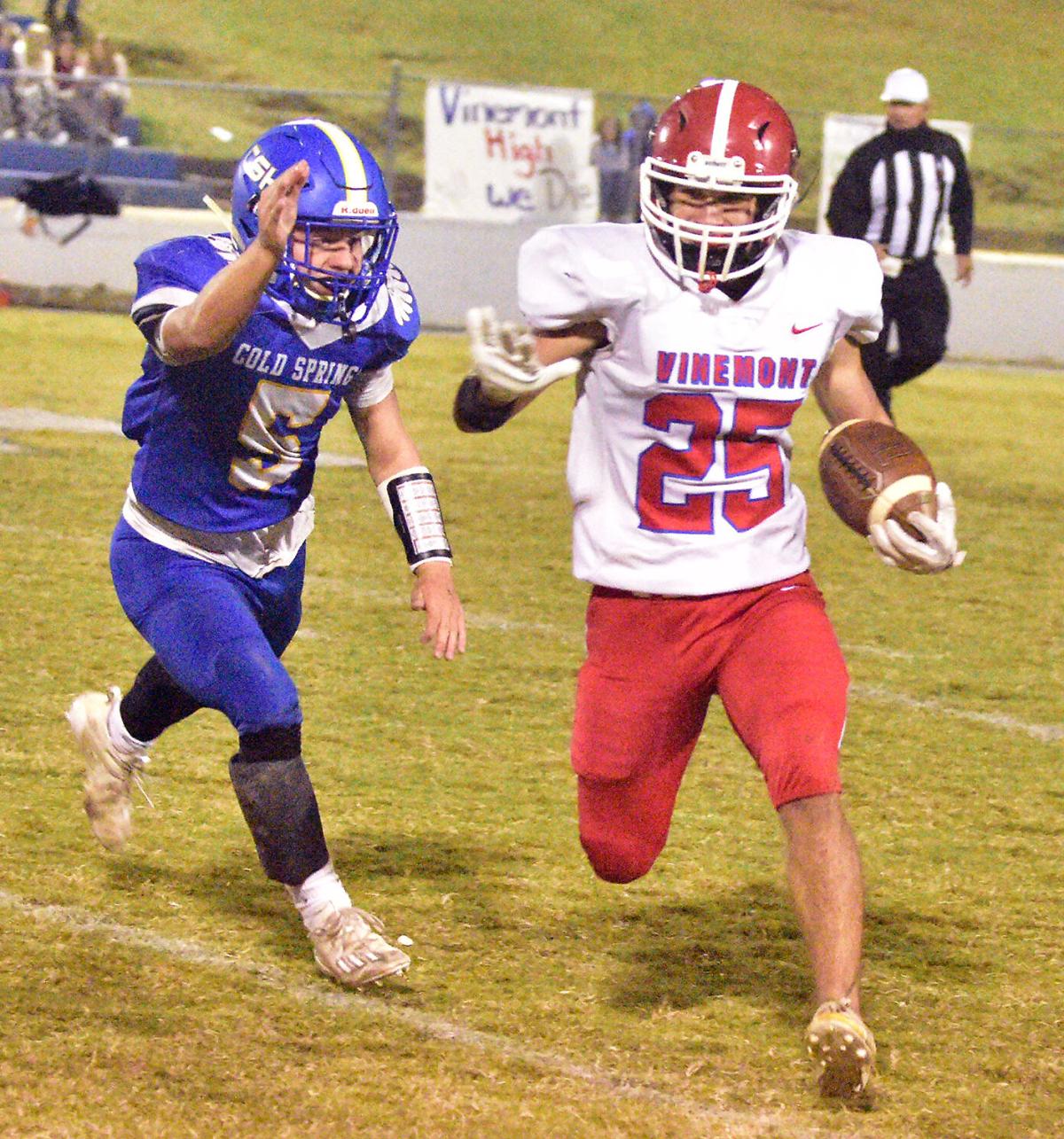 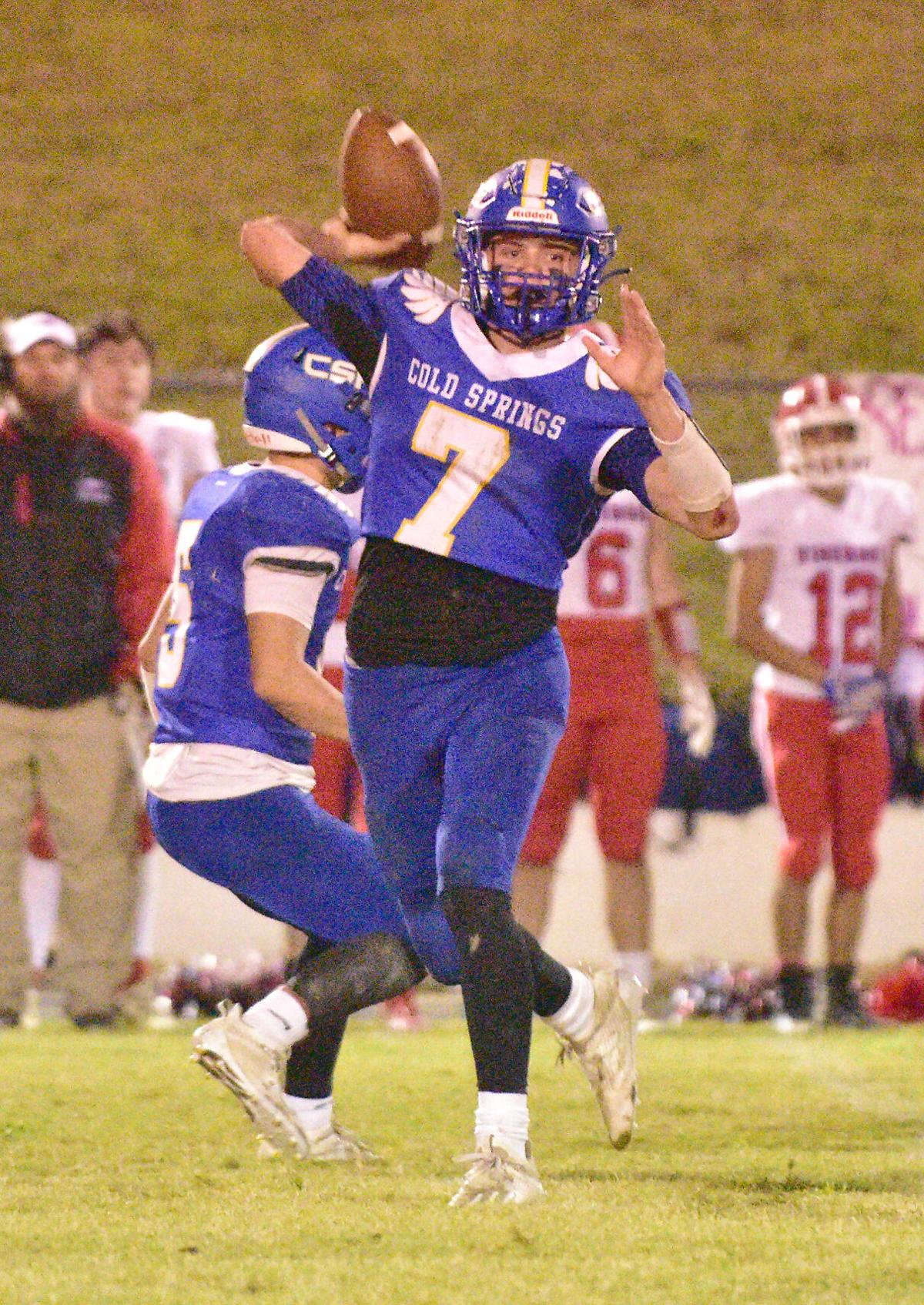 COLD SPRINGS — Vinemont wrapped up the regular season with an excellent performance on Friday night, collecting a 31-7 road victory against Cold Springs.

The Red and White improved to 7-3 following the win, while the Blue and Gold finished their campaign at 4-6.

"It's been a great season," Vinemont coach Stephen Robinson said. "I'm so proud of the guys. The turnaround we made after J.B. Pennington was great. After that game, honestly, it didn't look too good. We changed some things, and our kids changed some things. What we found after that — we've just been rolling with it. I'm really proud of them. People doubted us, but our kids went to work.

"It's been a few years since Vinemont has had seven wins. I'm tickled."

Vinemont went ahead 7-0 midway through the opening stanza on a 22-yard touchdown toss from Colby Miller to Toby Hill on fourth-and-6. Brodie Curvin provided a pair of second-quarter touchdown runs (10 and 7 yards) to help the road team seize a 21-0 halftime lead.

Miller then made it 28-0 in the third stanza following a 13-yard scoring scamper before Nacho Salgado booted a 35-yard field goal later in the frame to increase the cushion.

Braden Boner also forced a fumble with a big hit.

The Red and White have surrendered just 43 points in their past four games.

"Coach (David) Stokes spends a tremendous amount of time on film study, and the guys have bought into what he's asked them to do," Robinson said. "It's worked for us. They play with hustle and effort and run to the football. We've forced a lot of turnovers (in those four games) and haven't turned the ball over, either."

Vinemont will travel to Plainview next Friday night for the opening round of the postseason.

"We're excited to play a team like Plainview," the fourth-year coach said. "In the end, we've got to beat teams like that to get where we want to be. We wanted to be at home (for the first round), but it didn't work out for us. But we're looking forward to playing a good team and seeing where we stand."