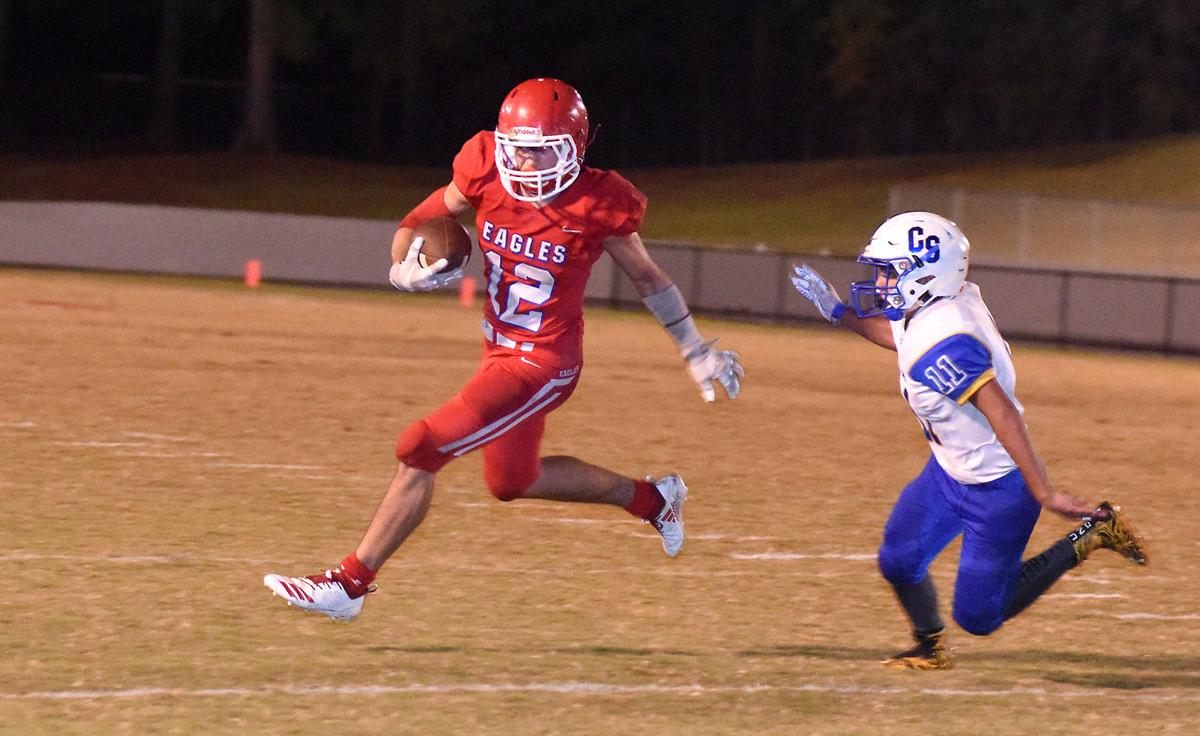 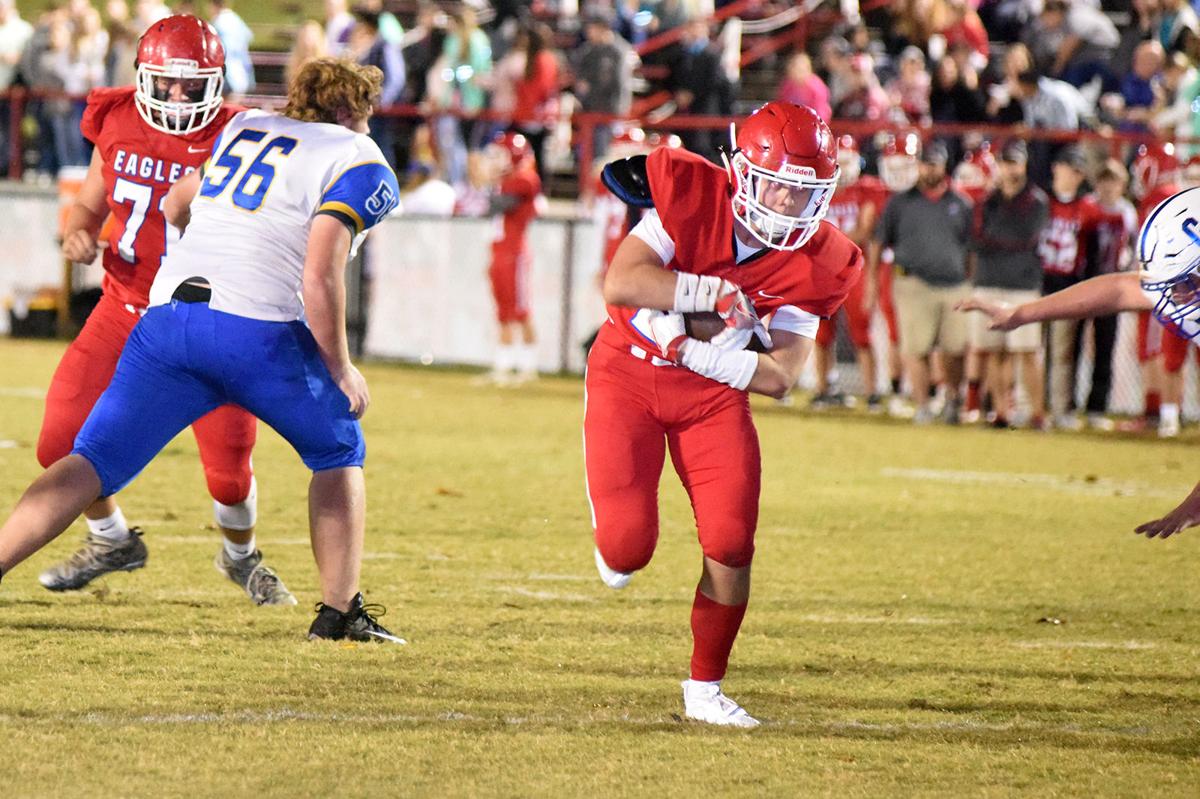 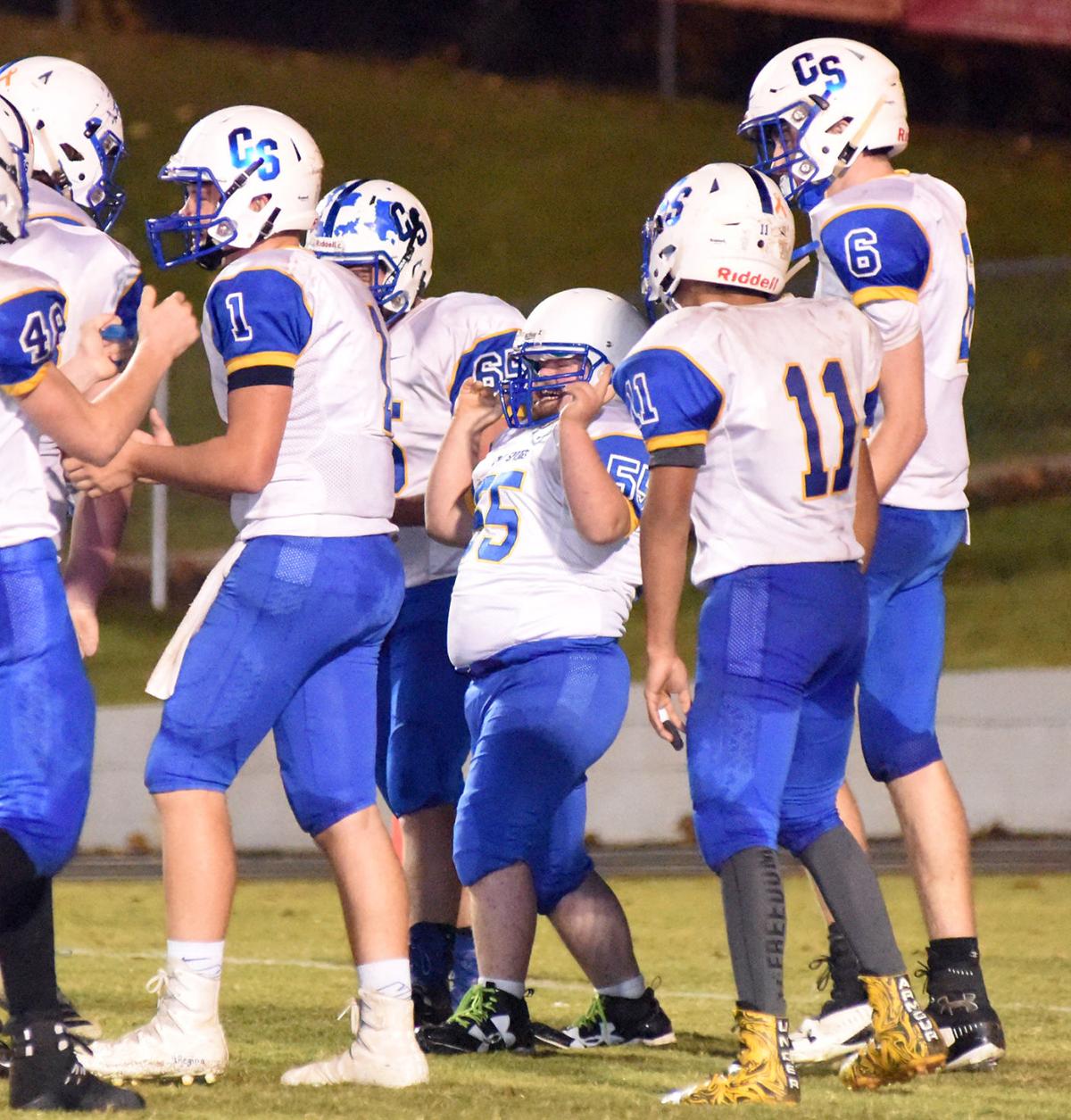 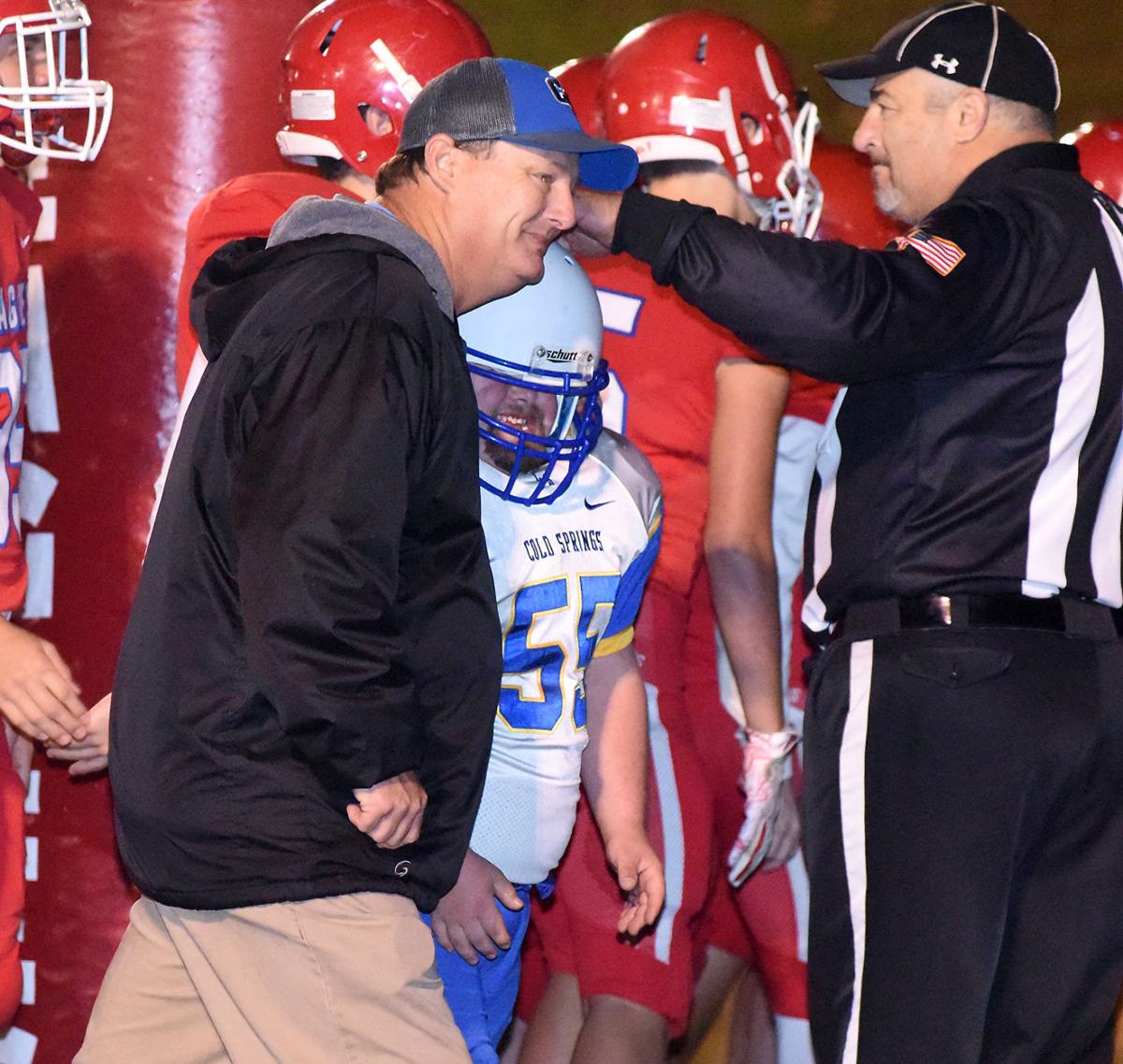 VINEMONT — Vinemont capped off its season with a 34-0 home victory against Cold Springs on Thursday night.

Dustin Moore put together a strong outing for the Red and White, accumulating 185 yards and three touchdowns on the ground (11 carries) to propel Vinemont (3-7) to an easy win against the Blue and Gold (4-6).

Dallin Dinkle garnered a 7-yard touchdown run, while Jack Hill hit Teague Whatley for a 60-yard touchdown pass to round out the offensive fireworks for the home squad.

Coach Stephen Robinson took away numerous positives from the win.

“I challenged the guys after last week’s game to finish and to have a good week of practice,” he said. “I was very proud of how they handled themselves all week and tonight. I’ve been here on staff for four years, and the attitude for Week 10 has never been like it is now. We were still hungry. We still wanted to be here. We still wanted to be practicing. The things that sometimes fall off ... we didn’t have that. I’m very proud of how we finished and how we fought. We don’t always do everything perfect, but these kids are working to get better. It’s a big win for us. Gives us some momentum heading into the offseason.”

Moore’s first touchdown of the night (55 yards) gifted the Red and White a 6-0 lead early in the opening quarter.

Vinemont then went up 14-0 on its next possession following Dinkle’s score and Moore’s 2-point conversion.

Moore claimed another score (25 yards) before Cam Carter’s interception set up Hill’s toss to Whatley later in the first half.

The Red and White carried a 27-0 lead into halftime.

Moore produced the game’s final score two plays into the third quarter on a 48-yard dash.

Hill completed 3 of 7 passes for 85 yards, while Vinemont rushed for 242 yards as a team.

Dinkle compiled 17 yards on the ground. Whatley, Carter and Hudson Wood hauled in one catch apiece.

Shortly before halftime, Cold Springs senior Chris Myers reeled off the most impressive run of the night.

Myers, who has Down syndrome, provided a superb 50-yard touchdown dash and was greeted warmly in the end zone by his own teammates and members of Vinemont’s football team following the untimed snap.

The smile never leaving his face, Myers slung the ball into the air before receiving high fives and kudos all around.

It was sportsmanship in its purest form.

“You can see the spirit of Cold Springs all over Chris,” coach Rod Elliott said. “Our community has special people, and it’s a special place because of that. He’s going to wake up tomorrow and remember this for a ways to come.”

Added Robinson: “Coach called me last week and told me the situation. I told him I’d love to be a part of that. It’s awesome. I thought it showed a lot of class and character. They all encouraged him and ran out on the field with him. I’m honored he would include us in something like that. It was pretty awesome.”

Graveside Service for J. D. Marcum, age 85, of Cullman, will be at 2:00 p.m. on Sunday, December 6, 2020, at Flint Creek Cemetery with Carlos Wilhite and Larry Woods officiating. Cullman Heritage Funeral Home is in charge of arrangements. Mr. Marcum passed away on Saturday, November 28, 2020…