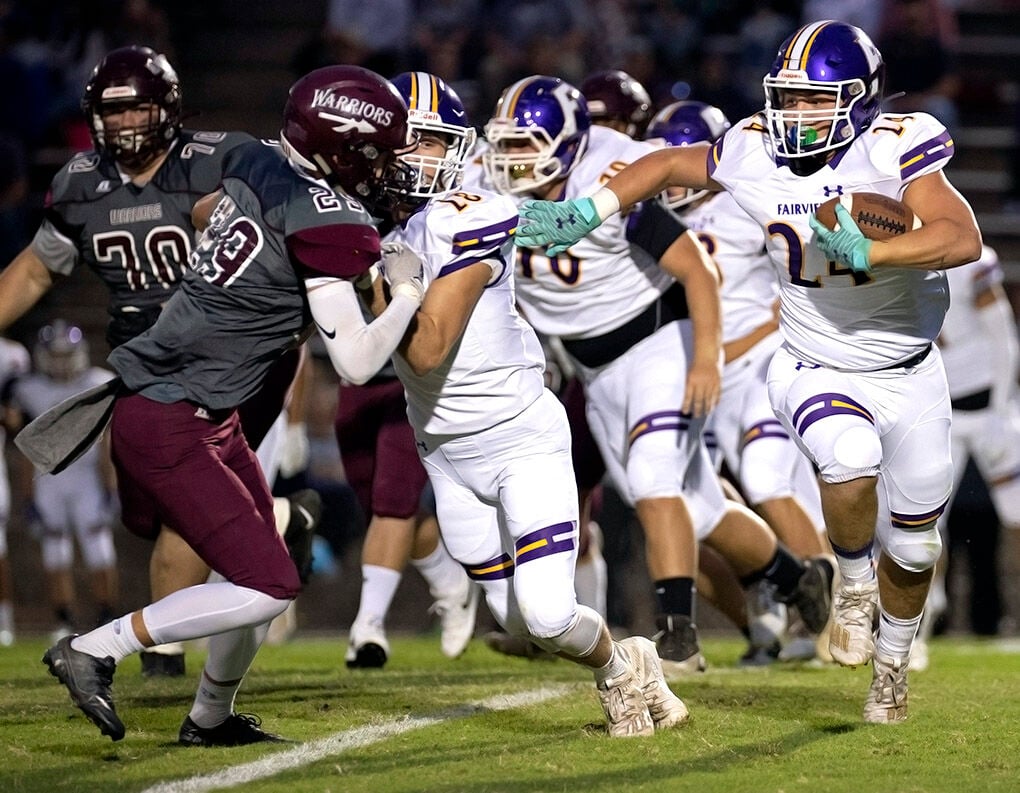 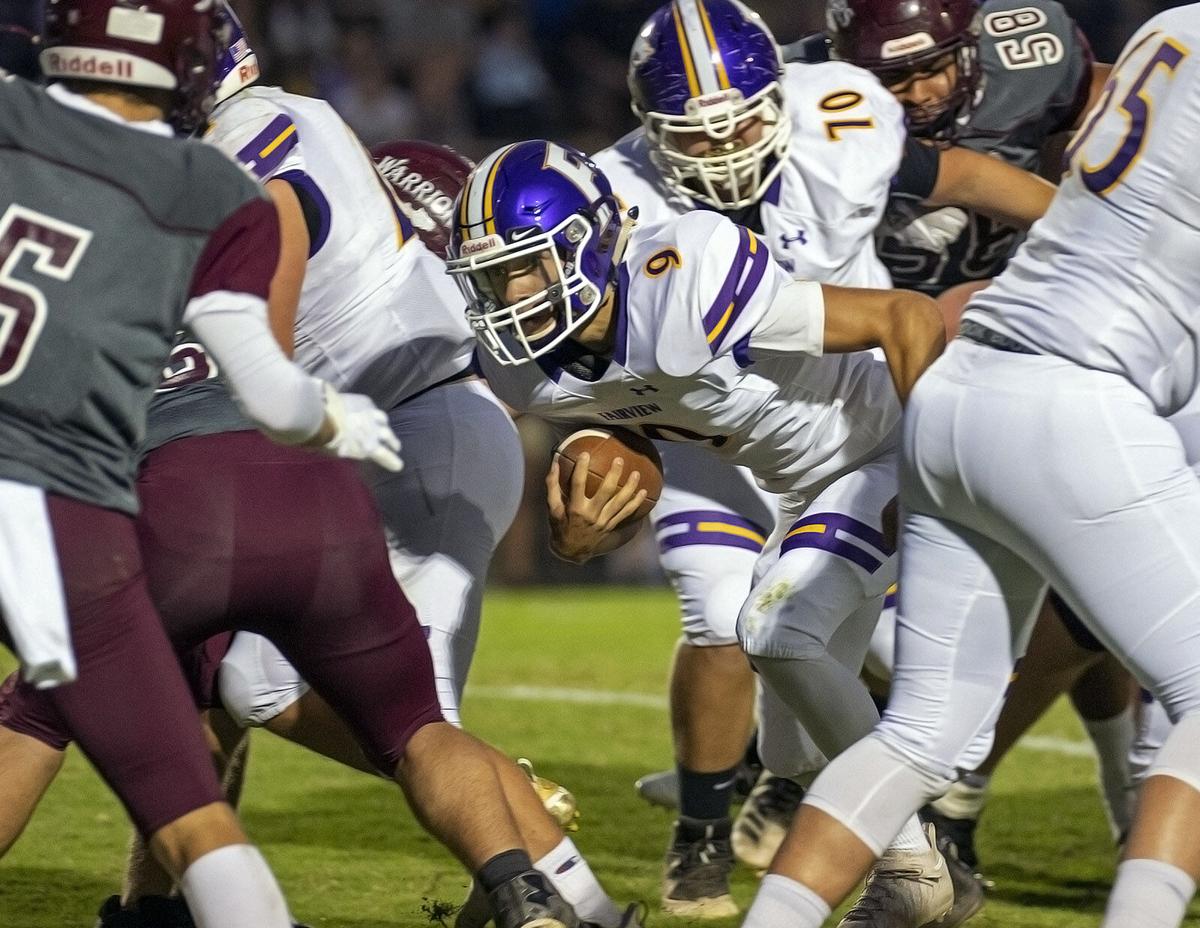 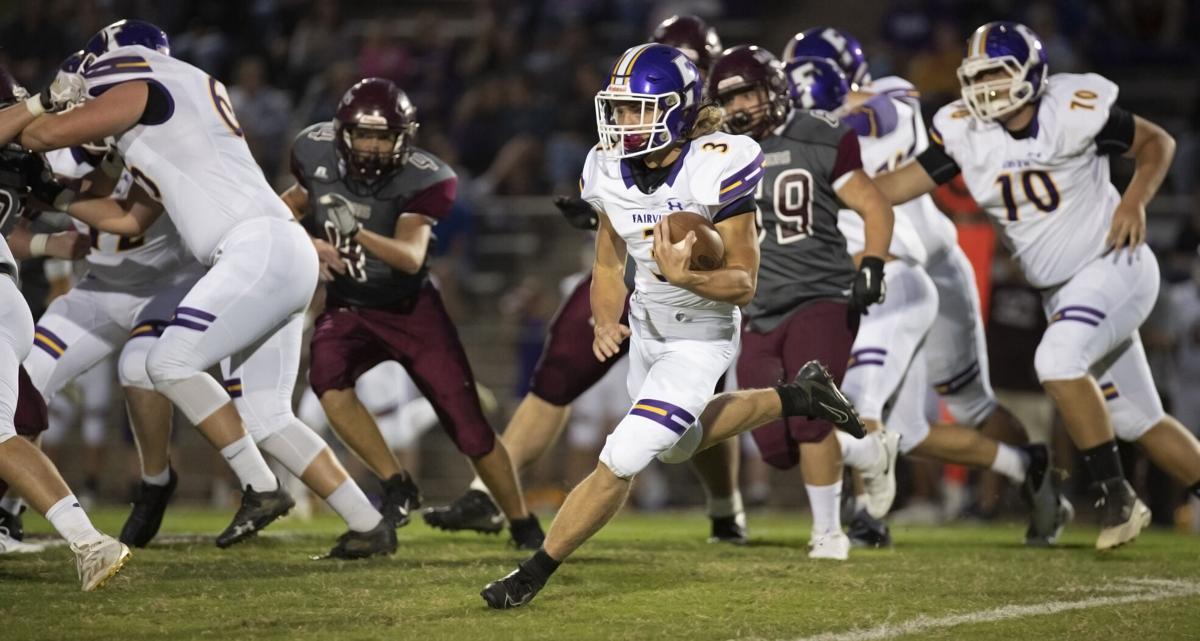 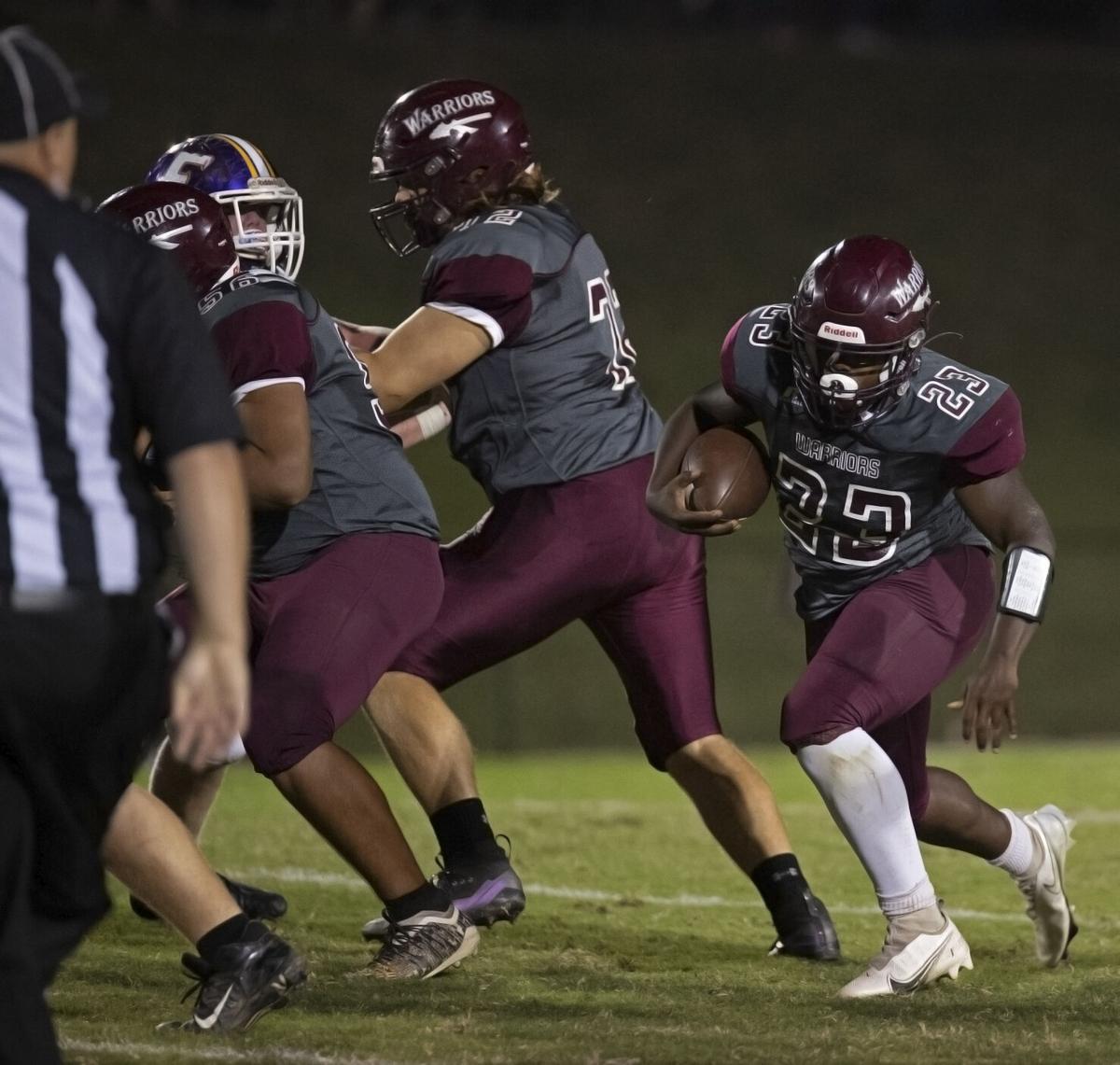 WEST POINT — With the game on the line, Tyler Simmons told his offensive line that he'd follow its lead.

The junior running back kept his word.

Simmons rumbled into the end zone for the go-ahead 2-point conversion, and Fairview produced one last defensive stand shortly afterward to pick up a 28-27 victory against West Point on Friday night.

Simmons, who scored on a 12-yard touchdown run to bring the Aggies to within a point with less than two minutes remaining in the region contest, said he "just relied on my teammates."

"I told them I was going to get behind them," he added. "I did that, and it turned out pretty good."

More than pretty good for Fairview, which corralled its first win over the Warriors in seven tries to improve to 4-1 (2-1 in Class 5A, Region 7) this season. West Point, meanwhile, dropped to 0-4, 0-2 following its third straight heartbreaking defeat. The Warriors lost by three points each of the past two weeks.

The Aggies looked as if they would coast early on, seizing a 13-0 lead following touchdown scampers by Simmons (2 yards) and Martin (8 yards).

But West Point answered with remarkable aplomb, scoring two touchdowns in the second quarter — Will Cochran delivered a 1-yard plunge and completed a 33-yard strike to Kobe Bowers — to tie the matchup heading into halftime.

The Warriors kept the momentum in the third frame, surging ahead 20-13 following an 8-yard touchdown run from Kelton Washington.

That's when the fourth annual Brandin' Iron Bowl got a little crazy.

Fairview's Eli Frost scooped up a fumble on fourth-and-short — West Point had been driving and looking to go up two scores — and returned it 75 yards for a touchdown to tie the game at 20.

But the Warriors answered with a quick touchdown drive, retaking the lead (27-20) on Cochran's 14-yard scoring scamper.

The Aggies, though, weren't done.

They needed just seven plays before Simmons hit pay dirt from 12 yards out.

Then, George Redding gave his team the order to go for the victory.

"There was so much swing in this game," the longtime Fairview coach said. "It looked like this thing could go either way, and both teams were fighting. I think that just shows a lot of character on both sides. As far as that call, that's just me having total confidence in our guys.

"We had one goal, and that was to come here and win this game. We weren't looking for close. We wanted to play hard and win. We had an opportunity to do that at that moment, so that's what we did."

Levi Garner is certainly glad Redding made the decision he did.

"We didn't want to risk it in overtime," the senior offensive lineman said. "So we decided just to go win the game right there. Everybody put a hat on a hat, and we got it. This win means a lot to us. We've been trying to get them for a lot of years, so it's great to finally get them. I think this win proves we belong in 5A, and we can compete in 5A.”

West Point had a chance to pull out the victory with one final possession, but the Purple and Gold stood tall.

As for what exactly the win meant for the Aggies?

Well, Simmons couldn't quite find the right words after the game.