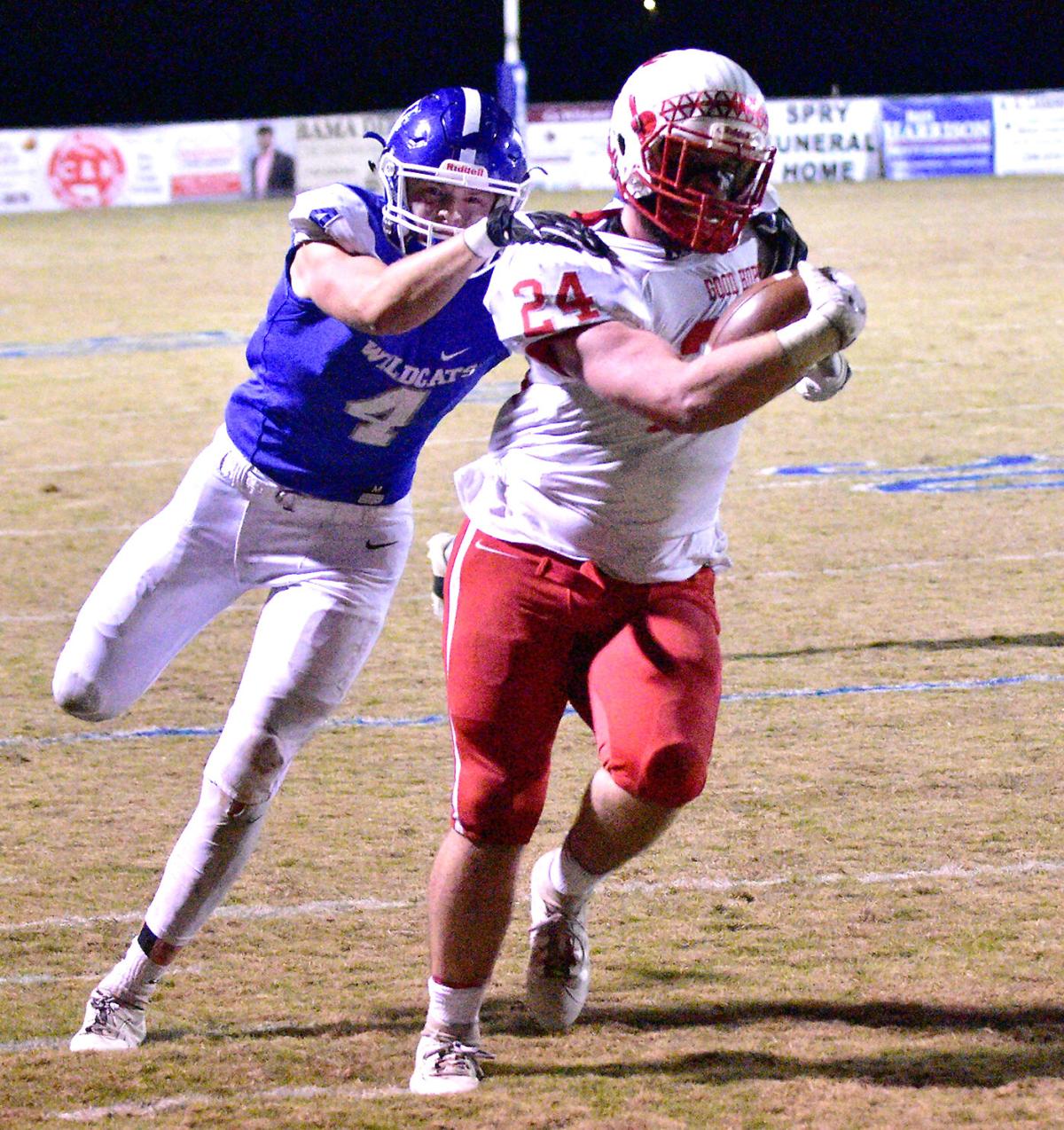 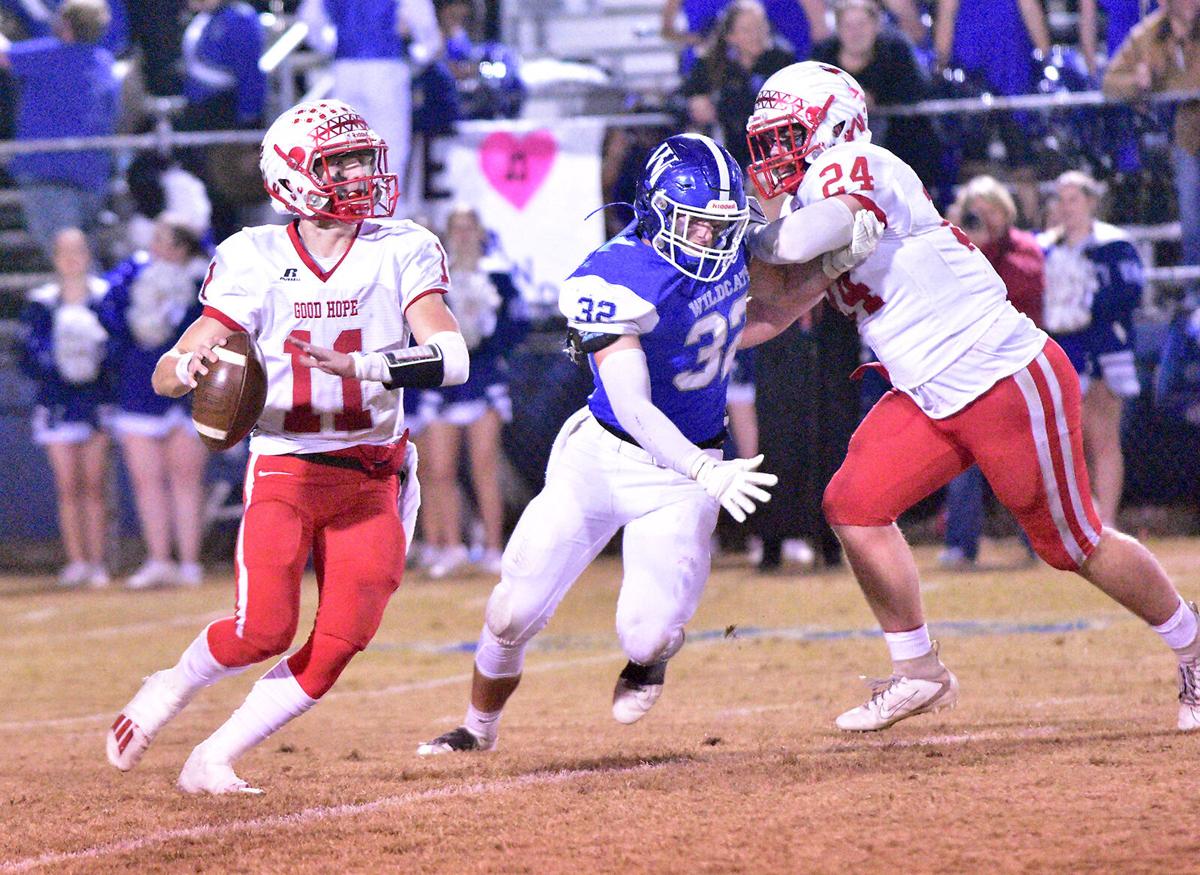 LESTER — Good Hope’s quarterfinal bid fell short Friday night following a 21-12 loss to West Limestone in the second round of the Class 4A playoffs.

The No. 10 Raiders (10-2) committed three turnovers and were unable to corral any second-half points at James Kennemer Stadium.

The Wildcats (11-1) will play No. 3 Gordo next week in the quarterfinals.

“In a close game, you can’t make mistakes,” Good Hope coach Alan Scott said. “And we made more than our fair share tonight, which is kind of uncharacteristic. But that falls on me about getting our guys prepared. I know it’s cliché, but tip your cap to West Limestone. What a great team. They’re doing a great job up here, and I hate it had to come to an end tonight.”

West Limestone struck first on an 8-yard touchdown run by Dakota Wilson late in the first quarter to claim a 7-0 lead. The scoring drive was set up by a Good Hope fumble.

The Raiders, however, responded with a 13-play, 77-yard drive — punctuated by Colton Bagwell’s 4-yard touchdown scamper — to make it 7-6 early in the second quarter.

Good Hope stormed ahead 12-7 later in the stanza following a 57-yard touchdown dash by Tanner Malin.

The Wildcats, though, quickly bounced back.

River Helms’ 31-yard touchdown jaunt put the home squad in front 14-12, and West Limestone thwarted a prime scoring opportunity for the Raiders just before halftime to preserve the advantage.

The Wildcats then kicked off the second half with an 11-play, 80-yard drive — capped by Colin Patterson’s 7-yard touchdown strike to Helms — to increase their lead to 21-12.

One ended with an interception, and two resulted in a turnover on downs.

Malin, Bagwell and Eli Pugh spearheaded a solid rushing attack for Good Hope, which finished with more than 400 yards of total offense. Jager Burns hauled in several catches as well.

Despite the loss, the Raiders have put together quite a three-year stretch under Scott.

Good Hope is 29-7 since the beginning of the 2018 season with three straight postseason berths.

And although it hurts now, Scott and Co. will soon turn their attention to a bright future.

“God’s been good to us,” he said. “I give Him all the glory. He sustains us, and He brings us through tough times. And this is not going to be easy to swallow. But I’m thankful to be able to coach these young men. It’s been a blessing to me. I’m going to miss these seniors.”