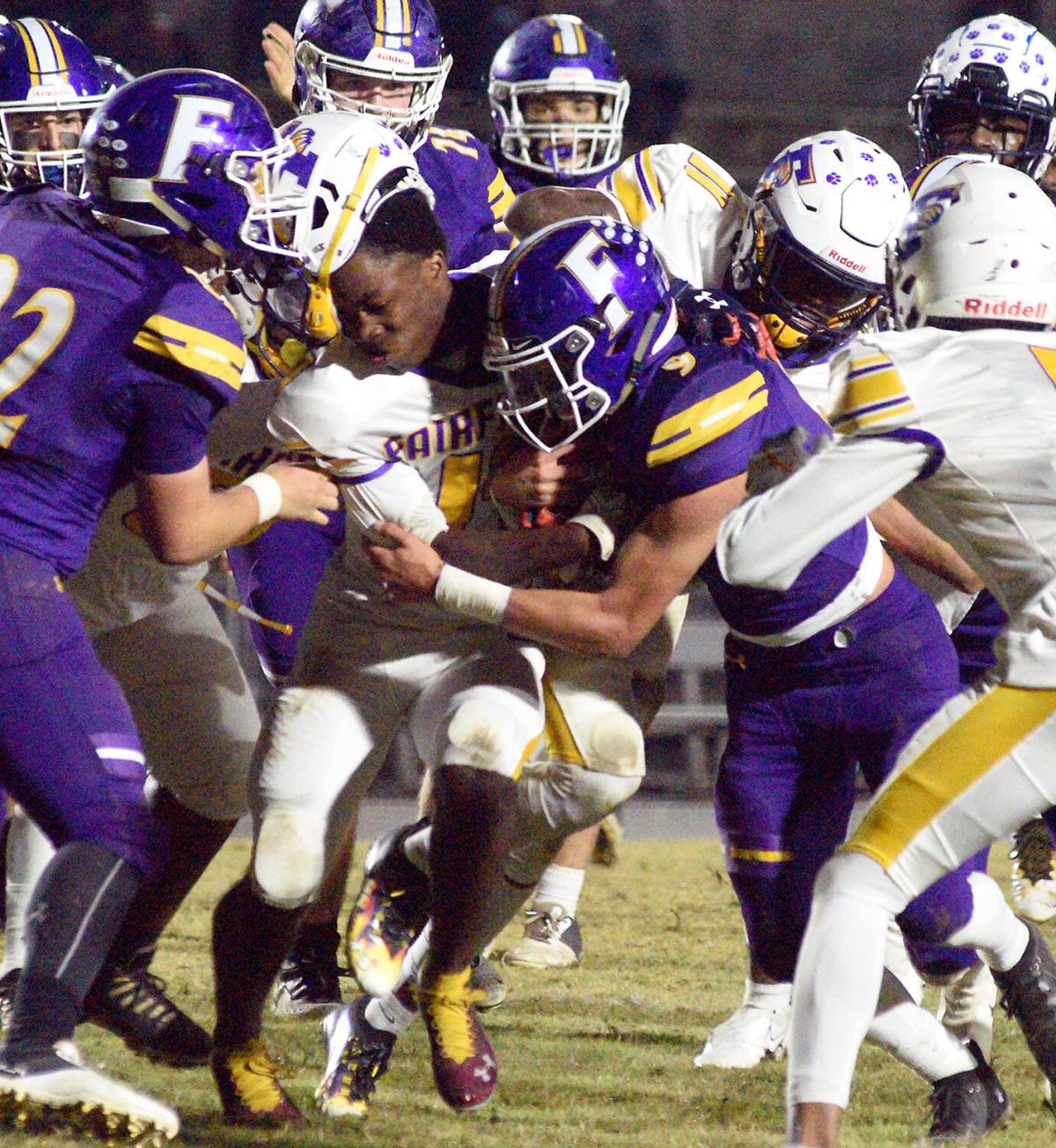 Fairview's Parker Martin knocks the helmet off a Fairfield defender during a run on Friday night. 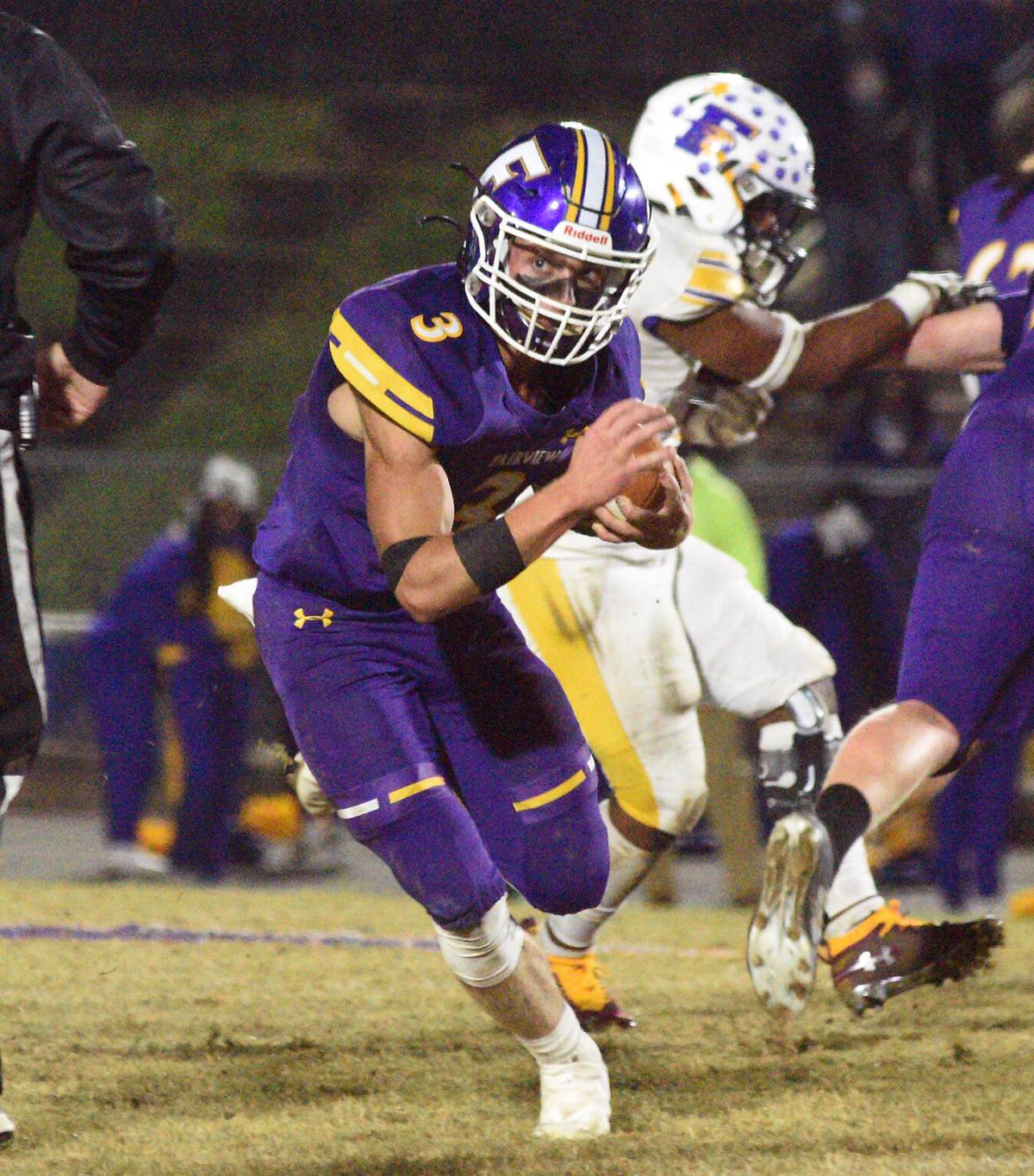 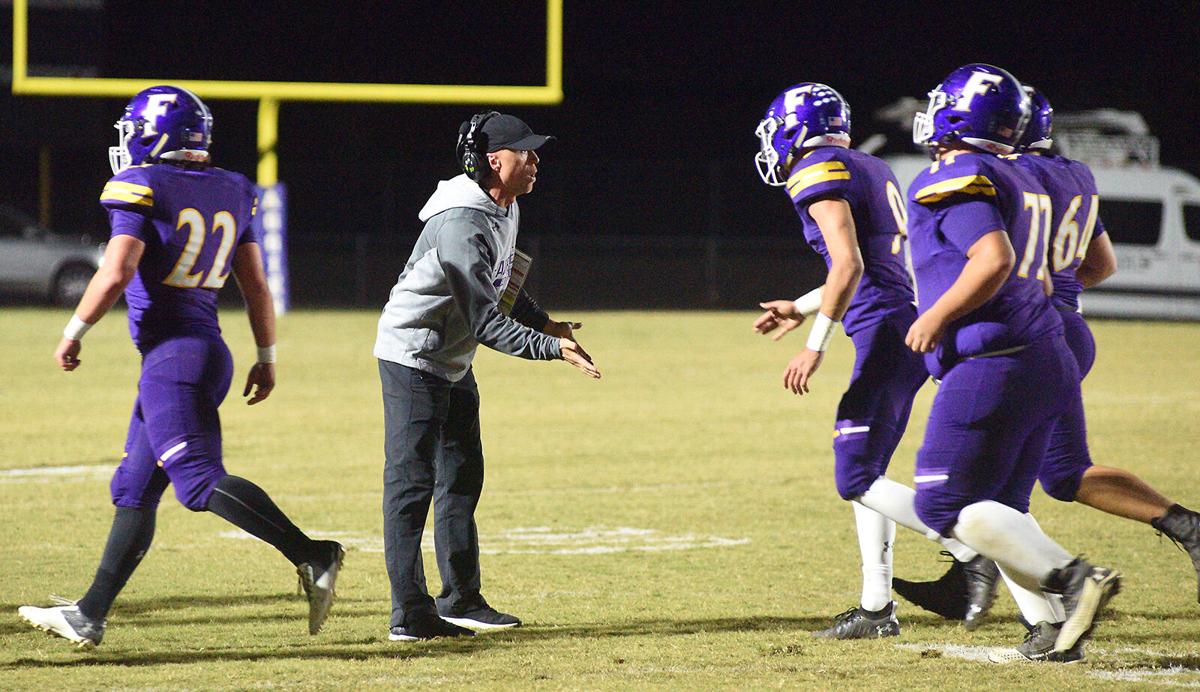 Fairview's George Redding celebrates a touchdown with his players. 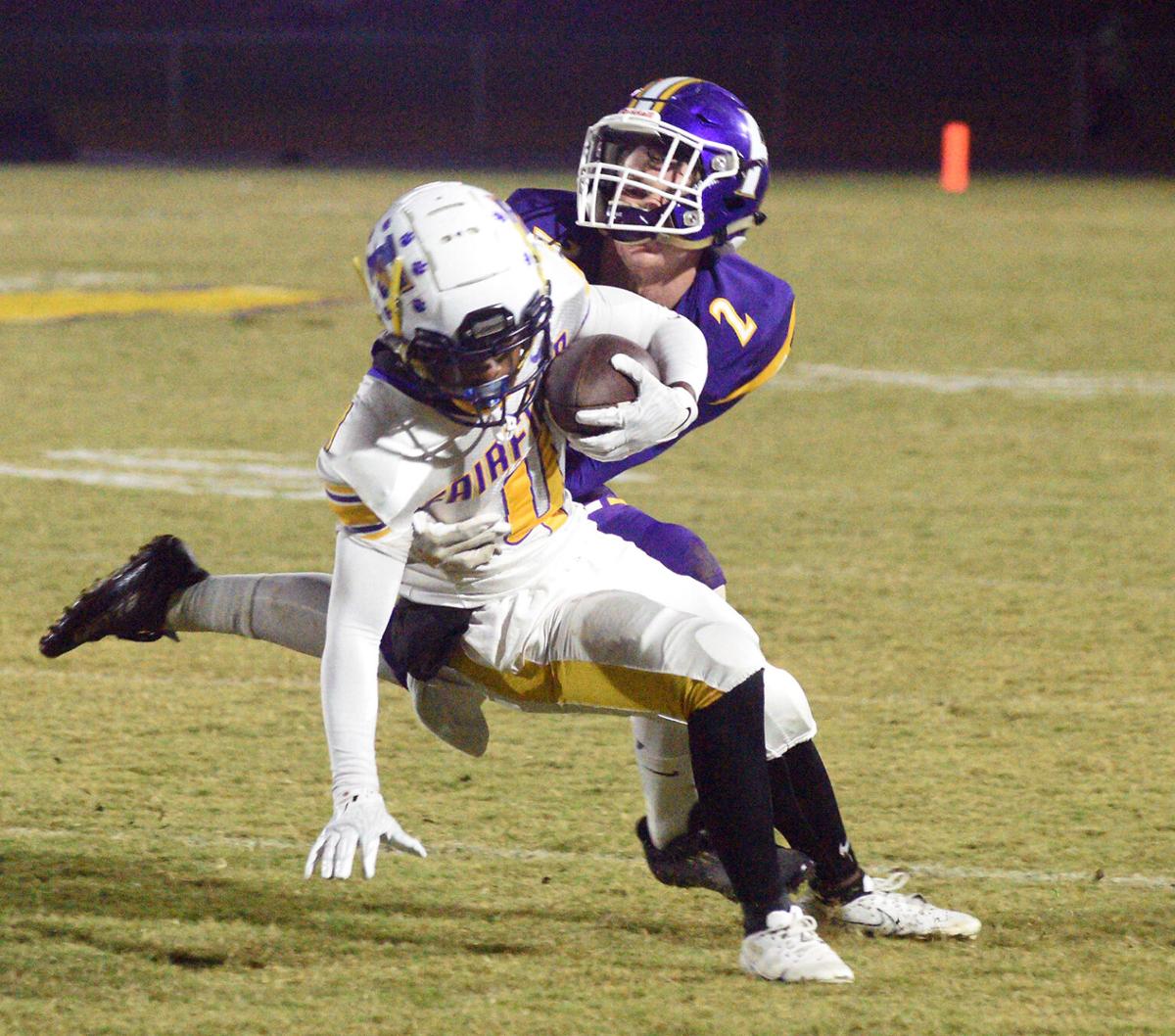 Fairview's Parker Martin knocks the helmet off a Fairfield defender during a run on Friday night.

Fairview's George Redding celebrates a touchdown with his players.

Fairview is marching on to the second round of the playoffs for a third straight season.

The trip, however, wasn’t sealed without a dose of late Friday night drama.

Fairview (10-1) thwarted a potential, game-tying 2-point conversion attempt from Fairfield with 18 seconds remaining in the Class 5A first-round game, securing a thrilling, 30-28 victory over the Tigers at Dafford Smith Stadium.

Eli Frost, Parker Martin and Tyler Simmons each accounted for rushing touchdowns for Fairview, and the Aggies’ defense held on when it mattered most.

“It was a great team win against a strong football team. It was a complete effort. We played well on both sides of the ball,” said Fairview coach George Redding. “We were physical and controlled the line of scrimmage. That was our goal the entire week.”

Frost had a pair of touchdowns in the first half. His second score handed Fairview a 13-6 lead with 8:55 to go in the second quarter.

Fairfield responded with a touchdown at the 1:05 mark in the quarter, helping the Tigers nurse a 14-13 edge at the half.

Fairview’s defense posted a goose egg in the third quarter, and the Aggies snatched a 16-14 advantage on Elijah Guyton’s 29-yard field goal with 3:38 remaining in the same frame.

Martin and Simmons registered rushing touchdowns for the Aggies in the fourth, extending their advantage to 30-14 with 5:38 left in the game.

The Tigers crossed the end zone again with 18 seconds remaining to creep within two points. Seeking to force overtime, the 2-point conversion was unsuccessful on an incomplete pass.

“We have guys who have been in this situation before and know how to get their hands dirty. They know what it takes to get through games like this one. You have to lean on them in crunch time,” Redding said.

Frost (111 yards on 18 carries), Martin (94 yards on 19 carries) and Simmons (39 yards on nine carries) were the top contributors for the Purple and Gold's ground attack.

Fairview travels to No. 9 Russellville next week. It will mark the first meeting between the two schools.