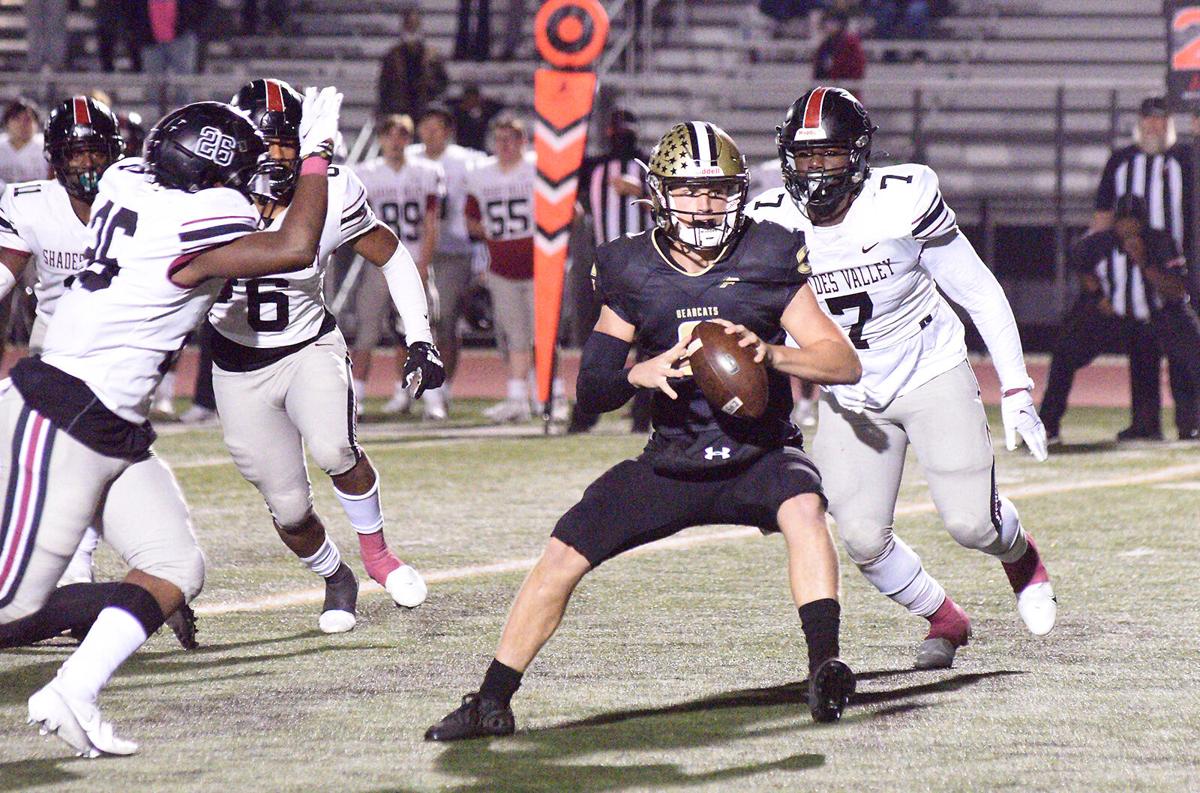 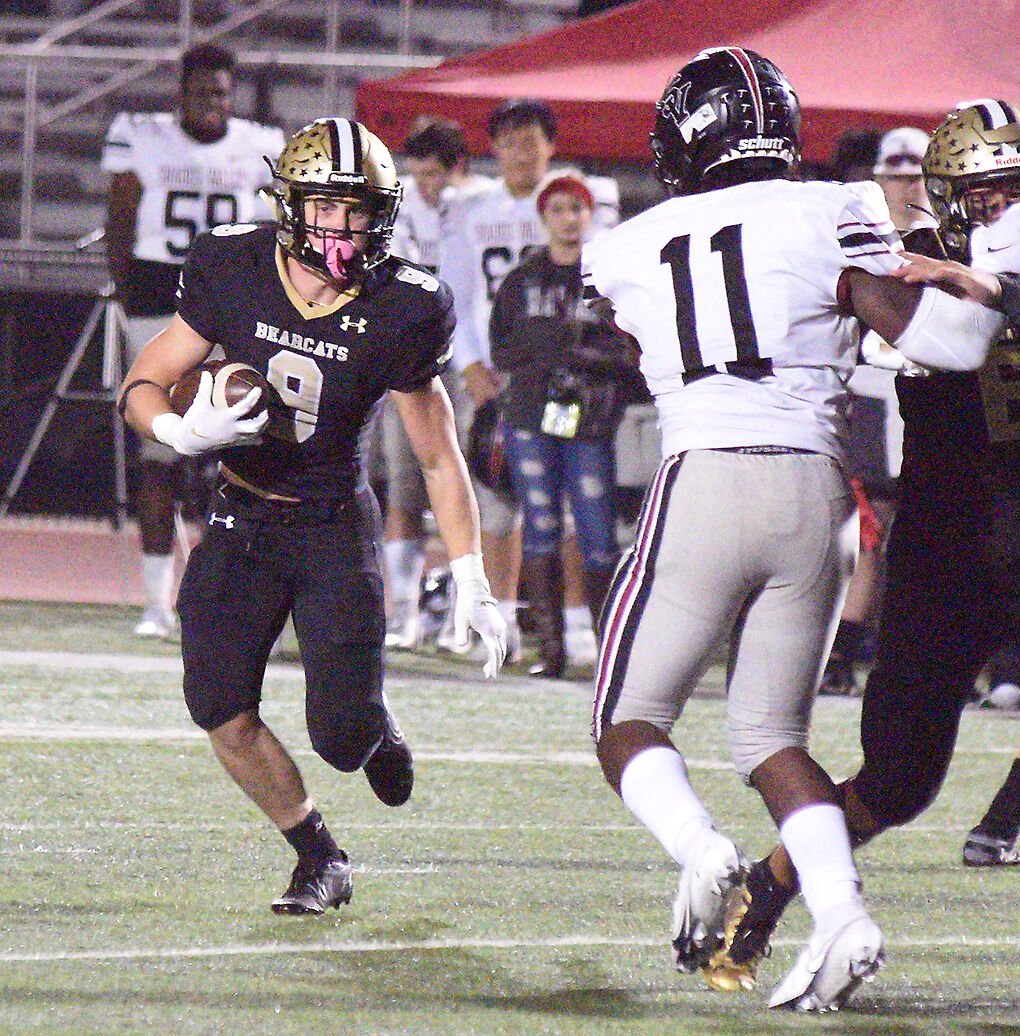 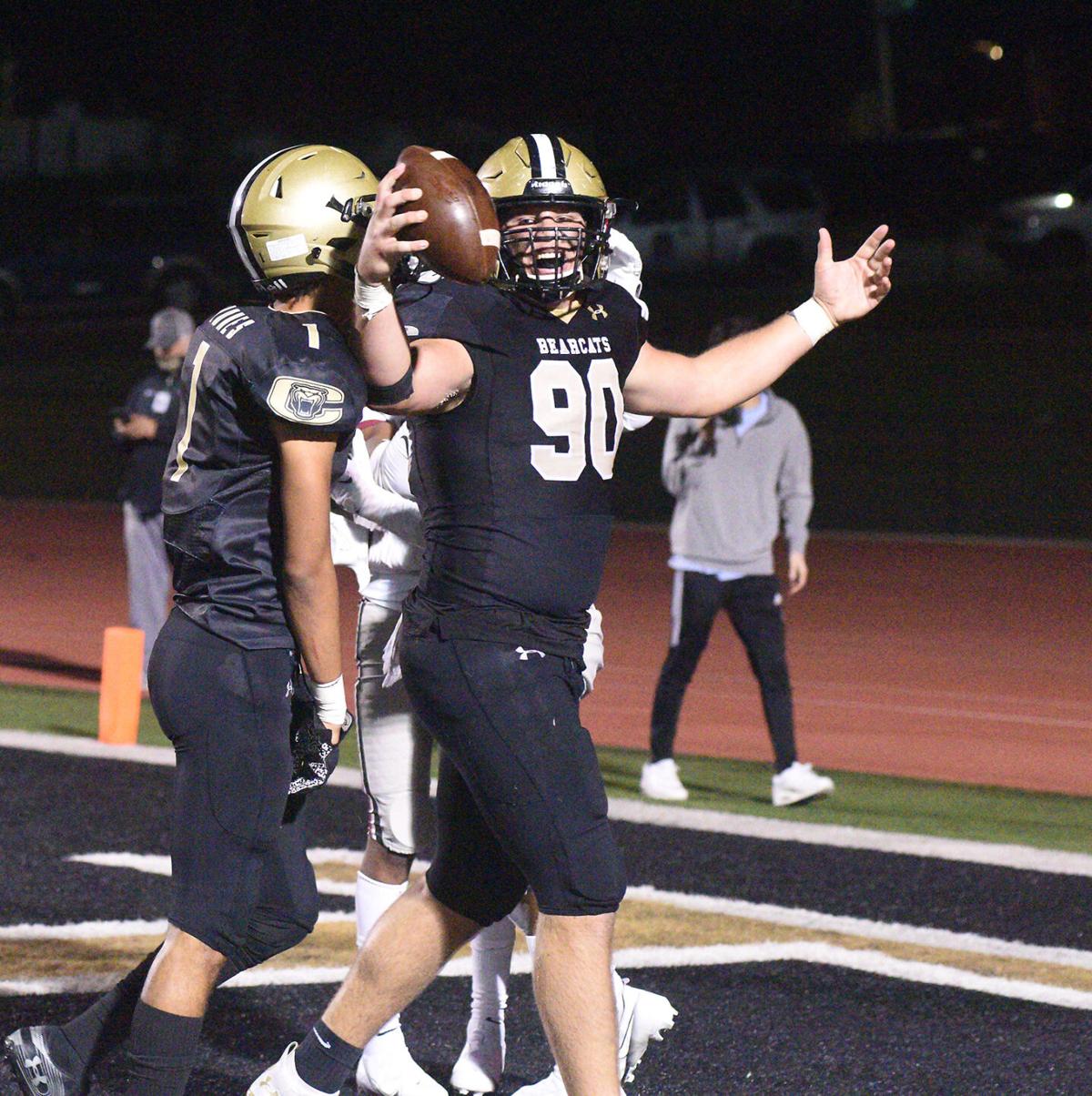 Cullman saw its season come to an end on Friday night, as a sluggish offense led to a 28-14 defeat to Shades Valley in the first round of the Class 6A playoffs at Oliver Woodard Stadium.

Cullman mustered just 194 yards of total offense and ended the season 8-3 after finishing second in Region 8. The Mounties, who improved to 4-7 on the season after finishing third in their region, moved on to the second round against Pinson Valley — a 45-0 winner over Arab in the opening round. Shades Valley faced a daunting schedule in 2020, which included losses to ranked Clay-Chalkville, Pinson Valley and Mountain Brook in three of its first six games. After the 0-6 start, though, the Mounties reeled off three-straight region wins to qualify for the playoffs.

The game was tied at halftime, but Shades Valley was able to drive the field on its opening drive of the second half to take a 14-7 lead. Quarterback Earl Woods’ keeper up the middle from the 1-yard line provided the advantage at the 6:40 mark of the third quarter.

The teams traded possessions before Cullman found its footing on its second drive of the second half. The Bearcats methodically drove the field starting at their own 15-yard line, and a 26-yard run by Jake Dueland got them across midfield at the end of the third quarter. A few plays later, quarterback Max Dueland found Kaleb Heatherly for a 20-yard scoring strike to tie things at 14-14.

But Cullman’s defense couldn’t find a way to stop Woods and Co., as the Mounties embarked on a 15-play, 66-yard drive that eventually ended with Bralen Hart’s 1-yard plunge for a score with 1:23 remaining in the game. Shades Valley converted all three of its third-down conversions on the drive, and Hart’s run came on fourth-and-goal.

Cullman had a shot to tie it, but Max Dueland threw an interception on the Bearcats’ ensuing drive that was returned near the goal line. Hart cleaned things up with a 1-yard dive from there for the final margin.

The teams fought to a 7-7 tie by the end of the first half.

Cullman fired the opening salvo on its opening drive, sparked by two big runs by Jaylen Hughey to start the game. Max Dueland finished off the six-play, 80-yard drive with a 1-yard plunge into the end zone to give the Bearcats the early lead.

But Cullman’s offense stalled from there, gaining only 57 yards the rest of the half.

Shades Valley got on the board on its second possession of the game, getting a 34-yard run around the left end by Jordan Pearson at the 1:40 mark of the first quarter to cap a 94-yard drive. The key play was a 43- yard quarterback keeper by Woods. Pearson ended the night with 128 yards on the ground and the touchdown.

But, like Cullman, the Mounties' offense sputtered through the first two quarters, gaining just a total of 120 yards.

Cullman did have another opportunity to score midway through the second quarter after a Jaden Kay interception, but a 47-yard field goal attempt by Brody Adams came up short.