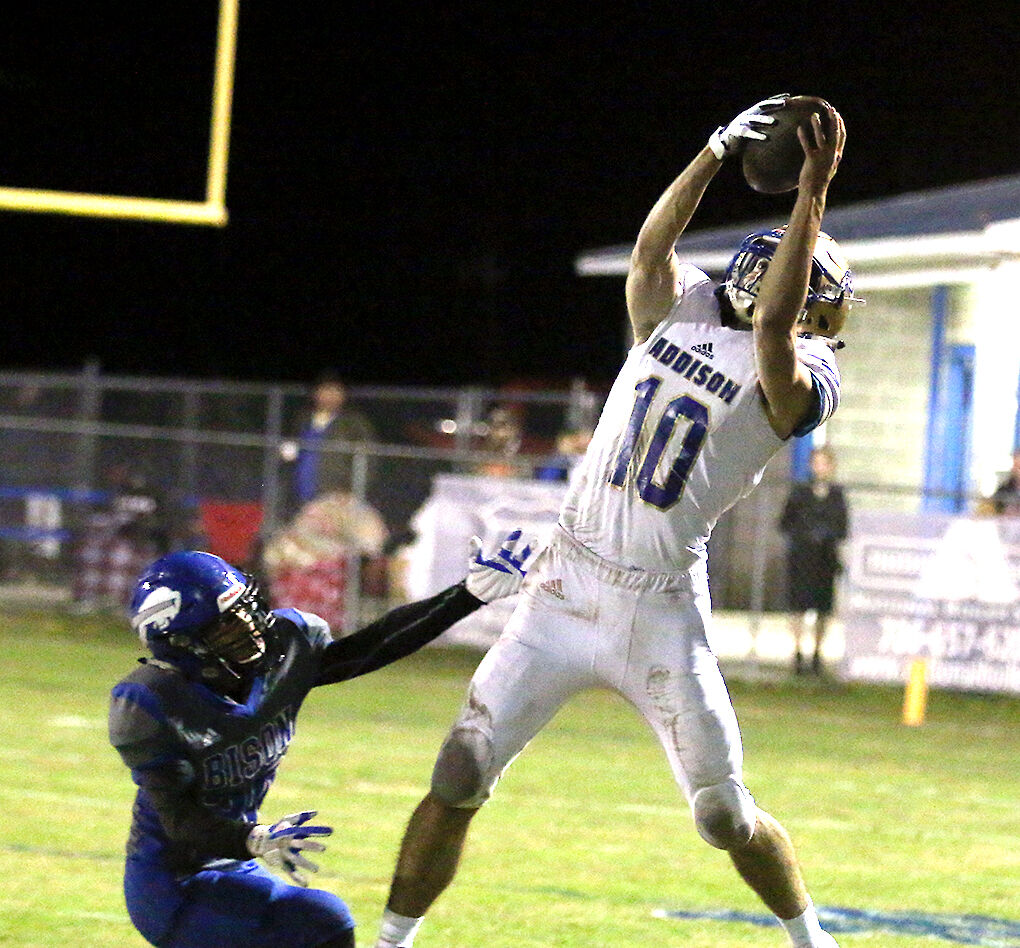 Tommy Daniel makes a leaping grab for a big gain that lead to an Addison touchdown in the third quarter. 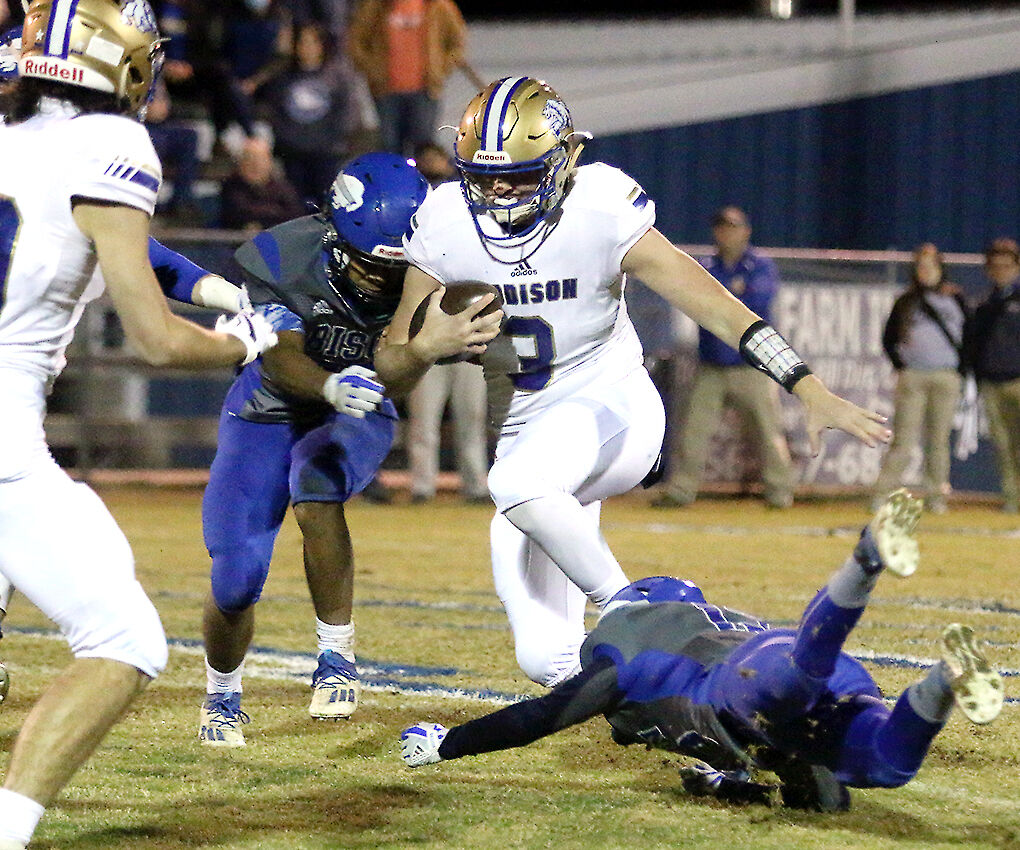 Tommy Daniel makes a leaping grab for a big gain that lead to an Addison touchdown in the third quarter.

In another postseason thriller between the two teams, Class 2A No. 6 North Sand Mountain scored the go-ahead touchdown with 5:37 left in the game and punched in an insurance score two minutes later.

Addison had a chance to force overtime on the road in the closing minutes, but threw an interception and finished the season at 7-5.

“We just didn’t play a clean game and you can’t do that against a good football team, especially in the playoffs. We had four turnovers, including on the first snap in the second half, and committed eight penalties. Those are hard to overcome,” said Addison coach David Smothers.

No lead was a safe bet for either team. North Sand Mountain led 6-0 by the end of the first quarter and added a 20-yard touchdown pass with 7:01 left in the second quarter, pushing its lead to 12-0.

Addison responded with 10 unanswered points to close the quarter. Eli Howse kicked a 23-yard field goal at the 2:30 mark and Christian Roberts scored a 5-yard touchdown with 11 seconds remaining, trimming the Bulldogs’ deficit to 12-10 by the break.

North Sand Mountain (11-1) regained a double-digit lead, at 20-10, with another touchdown through the air with 9:33 remaining in the third.

Addison came right back again, countering with a pair of Nelson Martin 1-yard touchdowns. His second touchdown, with 9:53 remaining in the game, helped the Bulldogs seize their first lead at 24-20.

The Bison regained the lead on their next possession and kept Addison out of the end zone the rest of the way.

Addison has advanced to the postseason in all nine seasons under Smothers.

“This group of seniors was great, and it was a fun team to be around. It’s one of my favorite teams. These guys weren’t worried about stats or who was getting the ball. They enjoyed getting out there and competing and are genuinely proud for each other and care about each other,” Smothers said. “Our fans were great and nothing was fake about this group. Even though a 7-5 record doesn’t jump off the page, it was a good year and one I’ll always remember.”