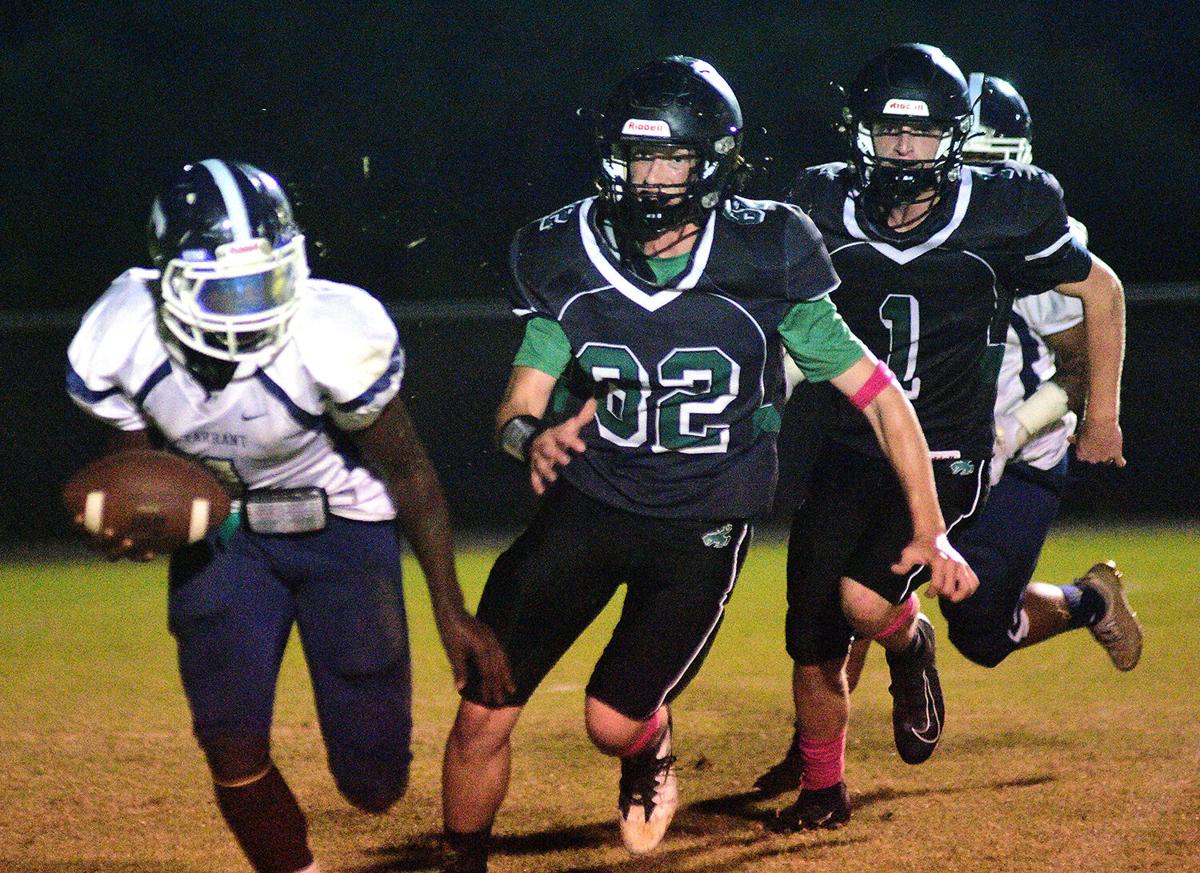 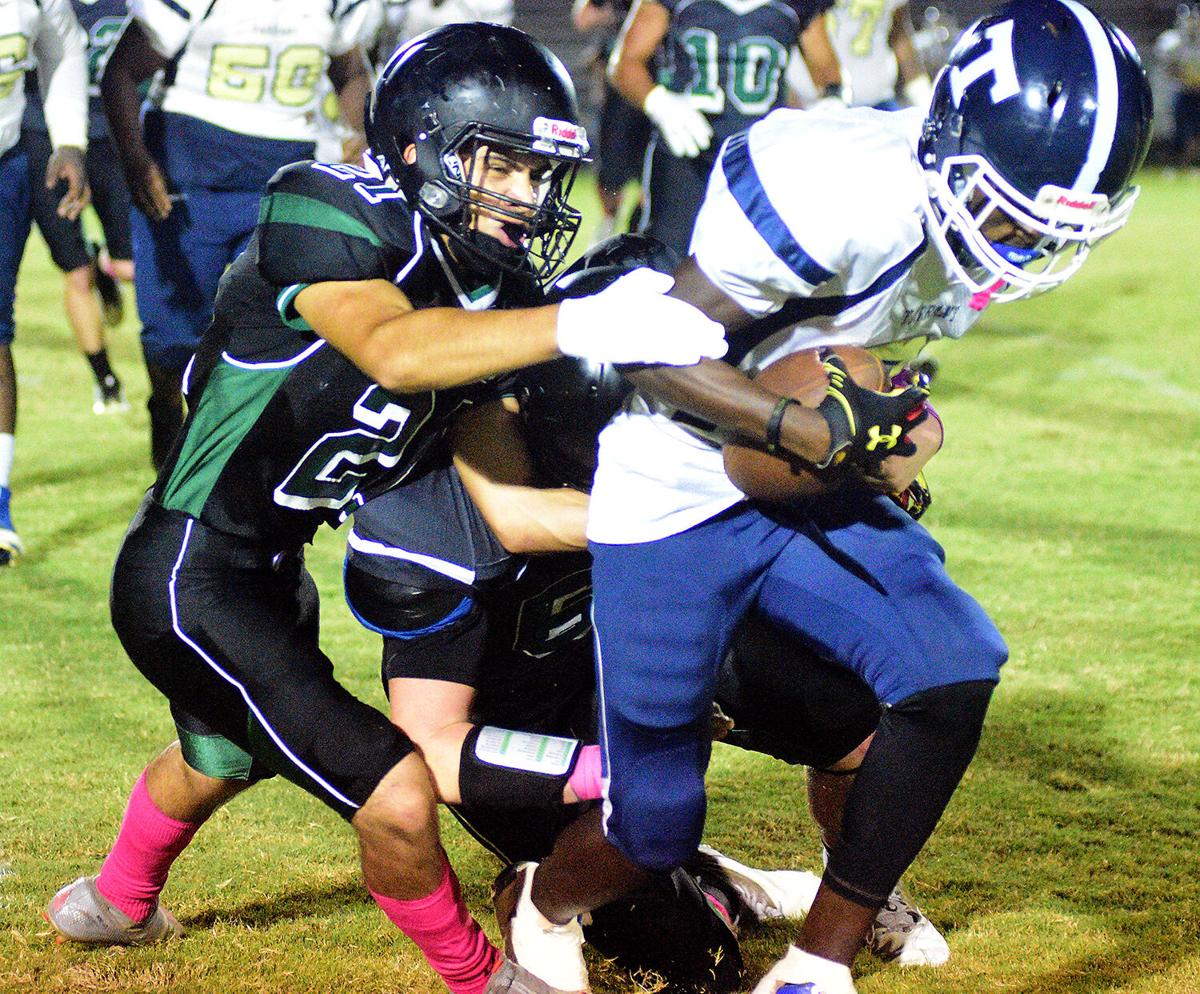 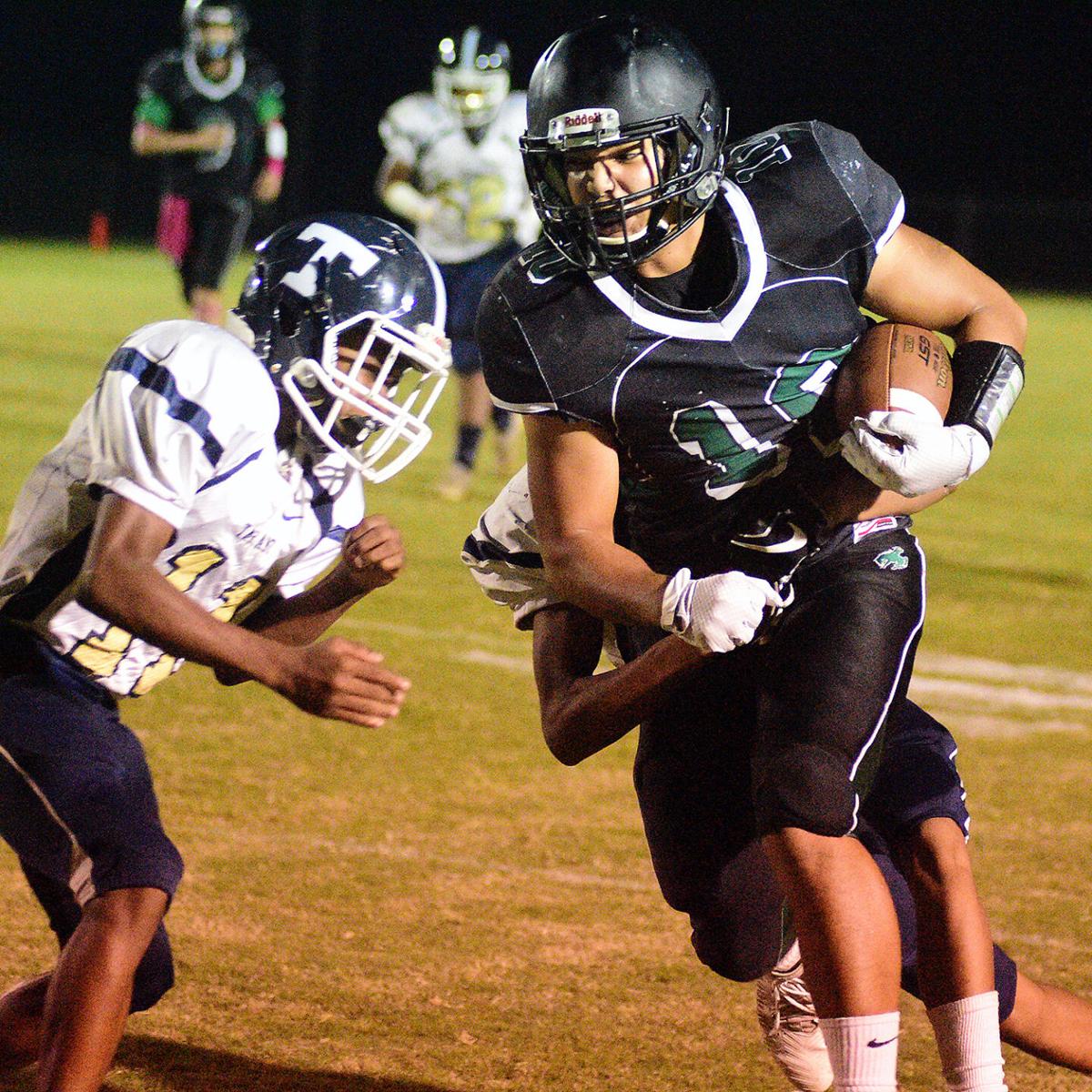 The Broncos, who improved to 3-3 overall and 1-3 in Class 3A, Region 6, built a 32-0 halftime lead on the back of an unstoppable ground attack.

Holly Pond, however, opened the scoring with a touchdown pass from Perkins to Nik Goodwin to secure a quick 7-0 advantage in the opening stanza.

Perkins added a pair of rushing touchdowns — as well as an interception — in the first quarter to help stretch the lead out to 20-0.

Kadin Suryono and Andy Light found the end zone in the second quarter to put the Broncos in front by 32 points at intermission.

“We wanted to go out and execute tonight,” Holly Pond coach Mark Cornelius said. “We wanted to play to our standard and get better. For us to be successful, we have to run the ball well. But I also thought we got better in the passing game tonight, too. I’m tickled about that.”

Perkins provided two more touchdowns in the third quarter, while Sawyer Olinger and Damian Raymond each delivered scoring scampers in the fourth quarter.

Tarrant also scored its lone touchdown of the game in the final 12 minutes.

“I’m proud of the kids,” Cornelius said. “It was a tough loss against Carbon Hill the last time we played, so we emphasized playing all four quarters and finishing. We played a more complete game tonight for sure. Young guys, older guys — it was a complete effort.”

Holly Pond hosts 3A No. 7 and unbeaten Winfield next week.

“They’re a really good football team,” Cornelius said. “Any time you have the best coming in, you’ve got to elevate your game. We’ve got to practice well and keep improving this next week. But this is why you play the game – to meet challenges and see where you measure up. We’re going to play hard and see where we come out.”