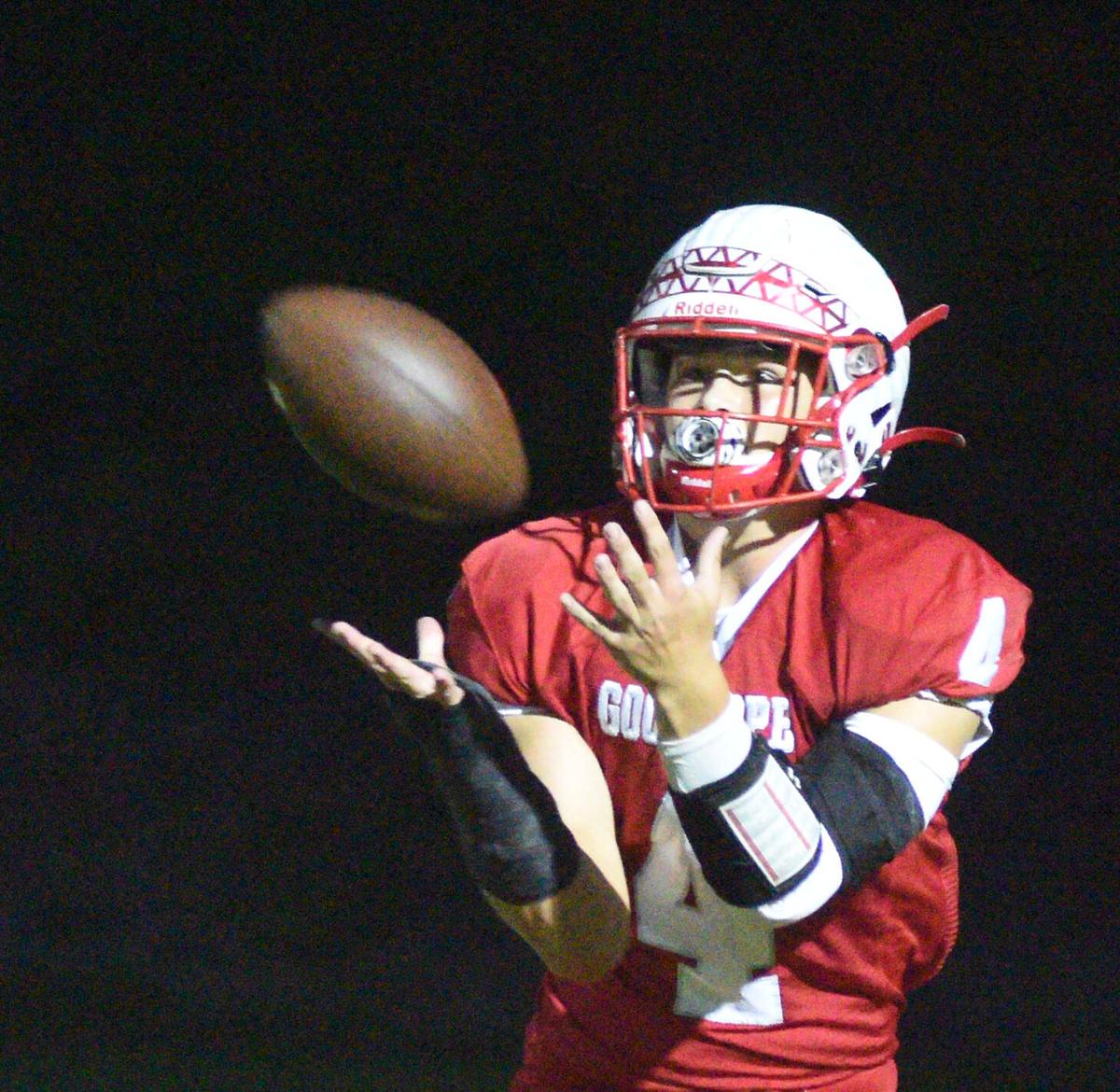 Good Hope’s Jager Burns pulls in a touchdown pass for the Raiders' second score of the night. 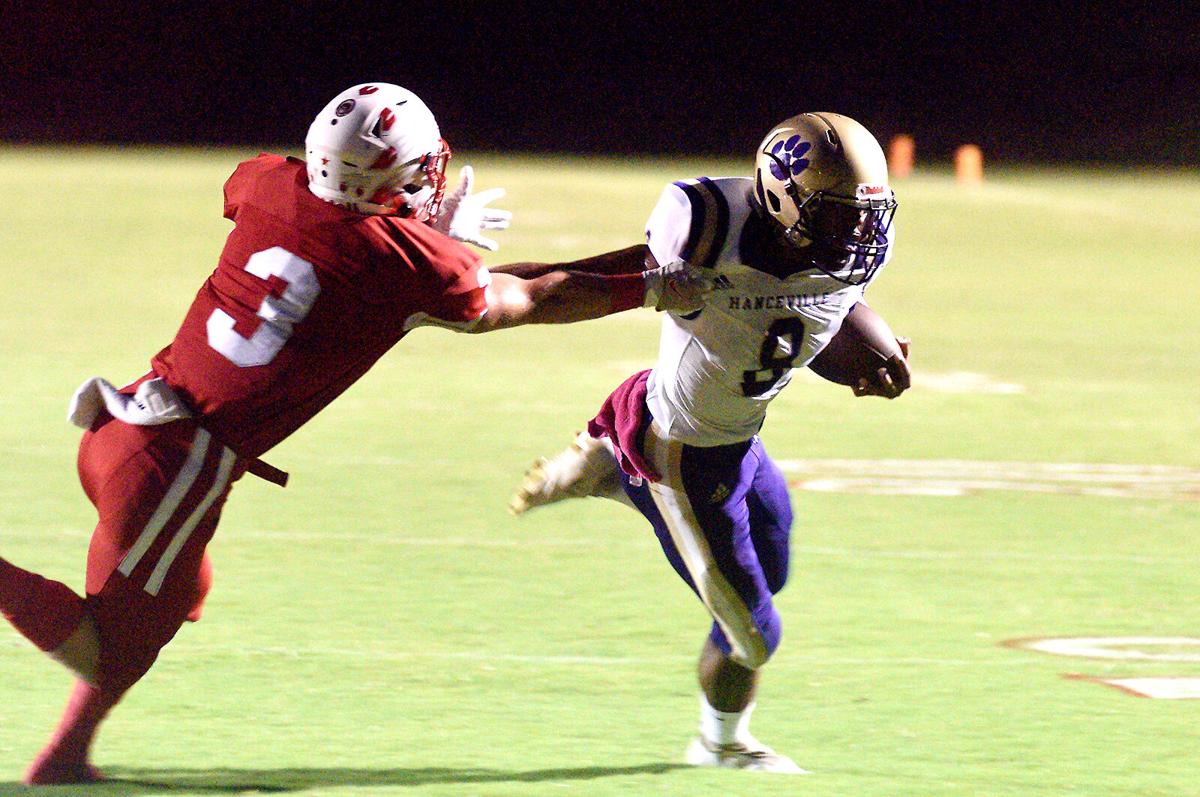 Good Hope’s Jager Burns pulls in a touchdown pass for the Raiders' second score of the night.

GOOD HOPE — The Raiders started fast on Friday night at home to knock off the Hanceville Bulldogs, 47-28, in Class 4A, Region 6 play.

Anderson struck first with a long gallop up the middle, Good Hope recovered the ensuing kickoff after Hanceville’s return unit allowed the short kick to go unclaimed around the 40-yard line, and Burns followed with a TD grab from fellow senior Tanner Malin.

“Well, I was glad we started quickly because Hanceville gave us everything we wanted,” said Scott following the win. “Zach Campbell is a great athlete, and he played lights out tonight, and they did a great job up front.”

Campbell, the Bulldogs’ junior quarterback, was efficient, slashing his way to nearly 300 offensive yards in the region loss. He tucked it up 27 times for 128 yards and four scores on the road.

Despite the monster effort from Campbell, Good Hope played with a lead for much of the night. The Raiders went to the break with a 28-14 advantage and stretched the lead to three scores in the second half.

Malin fired two TD passes, including a 30-yarder to Charlie O’Neil to set the halftime score. He also ran with it nine times for 119 yards.

“I thought he had good time to throw the ball tonight and made some good decisions,” said Scott of Malin. “We ran the ball hard; Ethan ran his heart out tonight.”

Anderson posted 228 yards and three scores on 15 calls for the Raiders.

Malin, Anderson and the Good Hope offense would maintain an efficient evening throughout, reaching paydirt on seven of their 10 possessions. Two of those drives killed the James W. Shabel Stadium clock at the end of each half.

“Our offense played well all night long and just kept us ahead of the game a little bit,” said Scott. "Defensively, we struggled at times. We have to go back and look at some things to see what we can do better next week.”