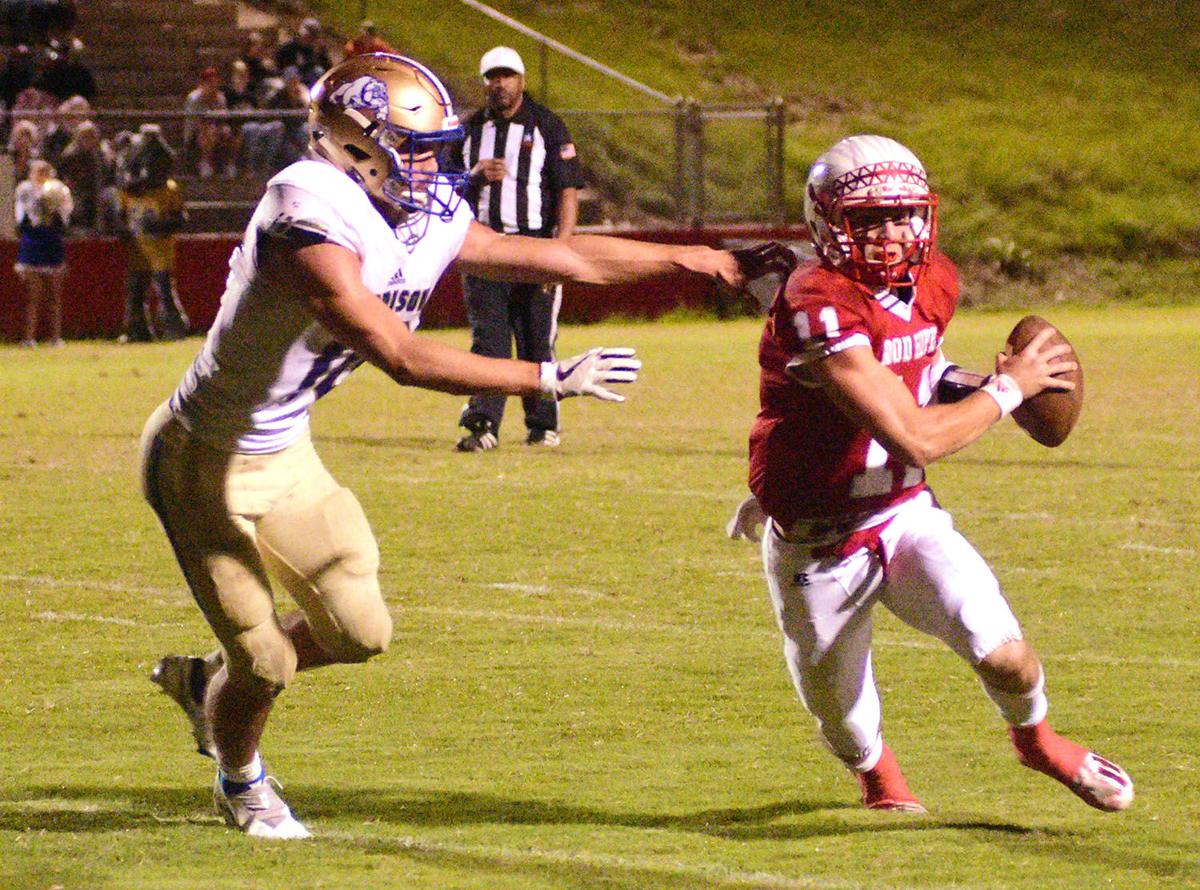 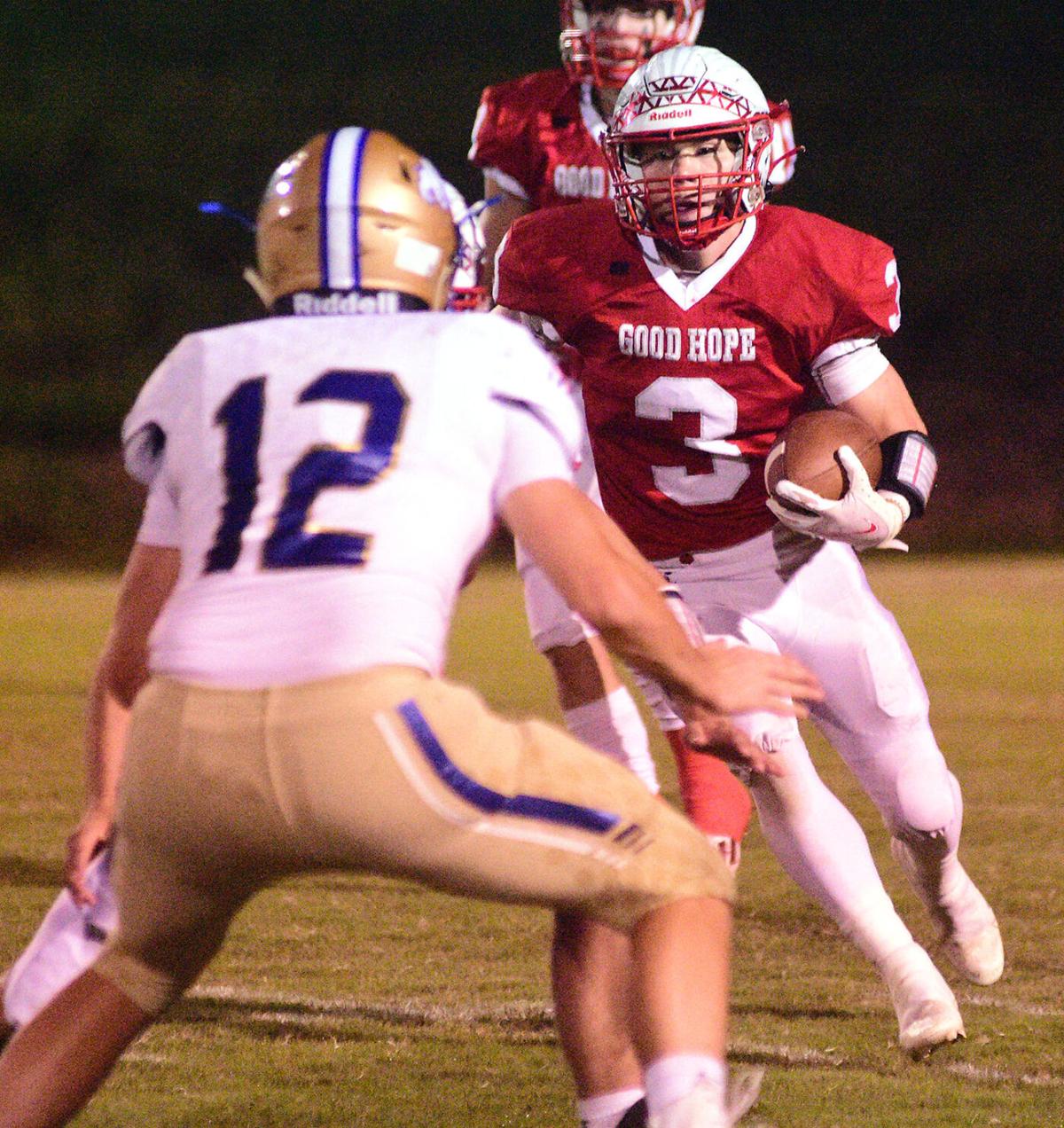 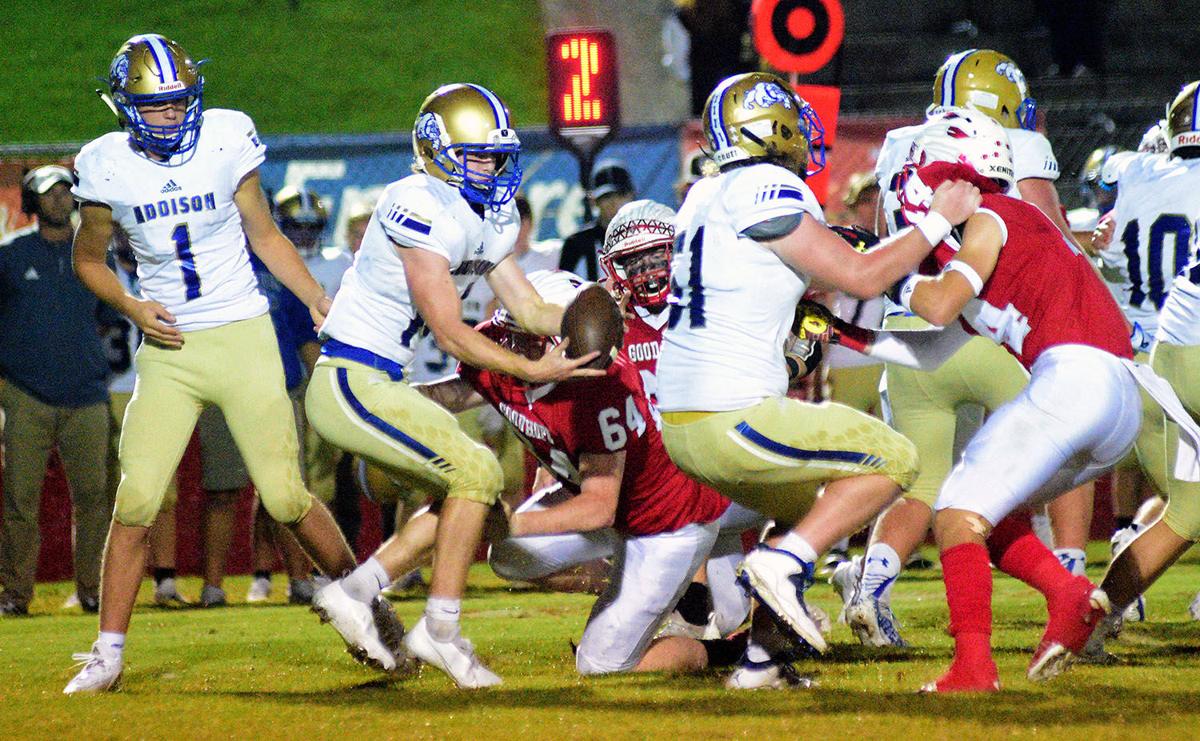 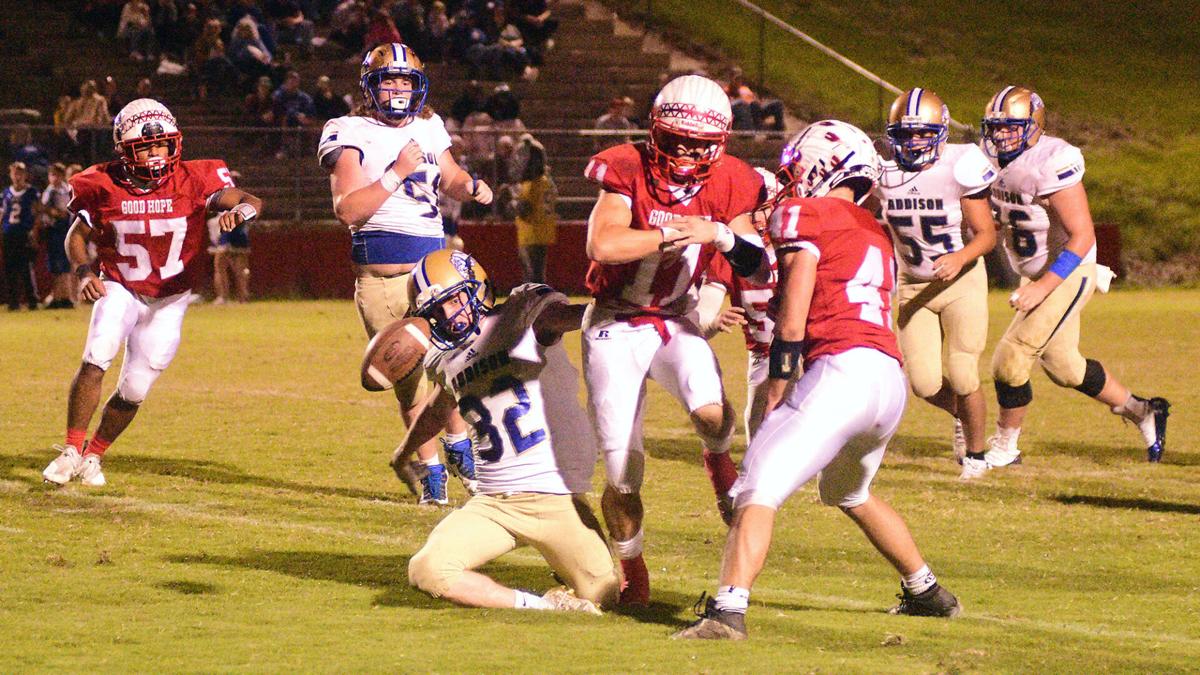 Tanner Malin and Ethan Anderson each had touchdown runs, Good Hope’s defense put together a solid outing, and the Raiders held off Addison at James W. Shabel Stadium on Friday night to pick up a 13-8 home win.

Good Hope, which won its fourth straight game, improved to 4-2. The Bulldogs, meanwhile, fell to 3-3 following their third consecutive loss.

“I’m thankful we were able to pull it out,” Good Hope coach Alan Scott said. “Addison gave us everything we wanted. Their gameplan was excellent, and Coach (David) Smothers does a great job. We preached it all week, and they definitely did what we thought they were going to do — and they’re good at it. They controlled the ball and prevented the big play."

The game stayed scoreless until late in the first half when Malin found the end zone from a yard out to put the Raiders — who came up with a goal-line stand during the first quarter — ahead 7-0 heading into halftime.

Addison, though, fought tough until the end.

The Bulldogs got on the board with 3:45 left in the game following a 12-yard touchdown pass from Jed Wilkins to Justin Mather. Brody Dollar then added the 2-point conversion to cut the deficit down to five.

Addison then forced a punt and had a chance to make something happen.

But Drew Easterwood picked off a pass for the home team to seal the deal.

“Drew made a good play for us,” Scott said. “We challenged our defense all week. And I think the biggest stop was in that first quarter. That could have shifted the momentum. And to hold strong at the end — hopefully that’ll give our guys a little confidence moving forward."

Good Hope travels to Etowah next week, while Addison heads to Cold Springs.

“They were a semifinal team last year, and we know it’s going to be a challenge,” Scott said. “Hopefully, we’ll have a good week of preparation and be sound and do what we can to try and win the game."