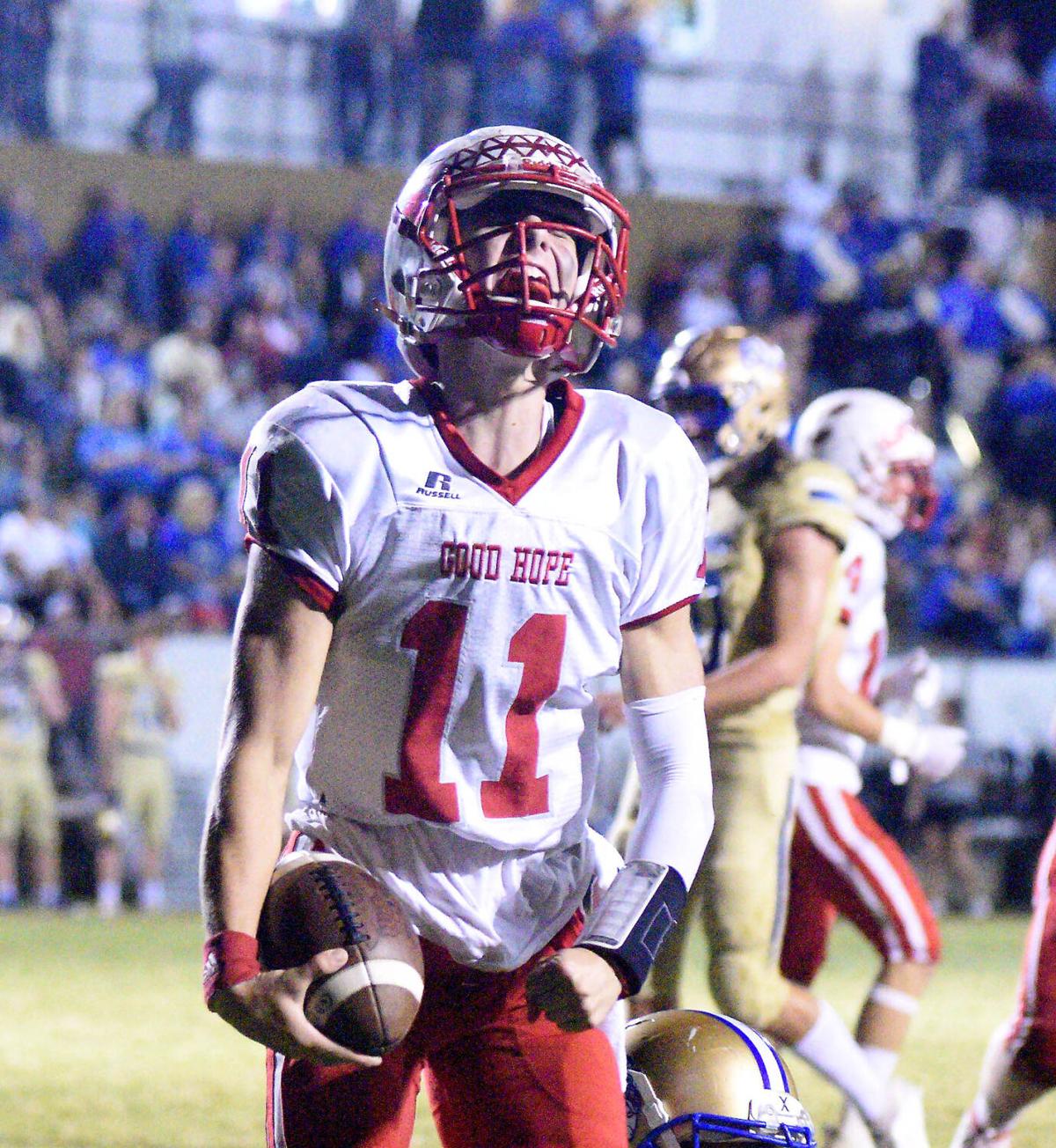 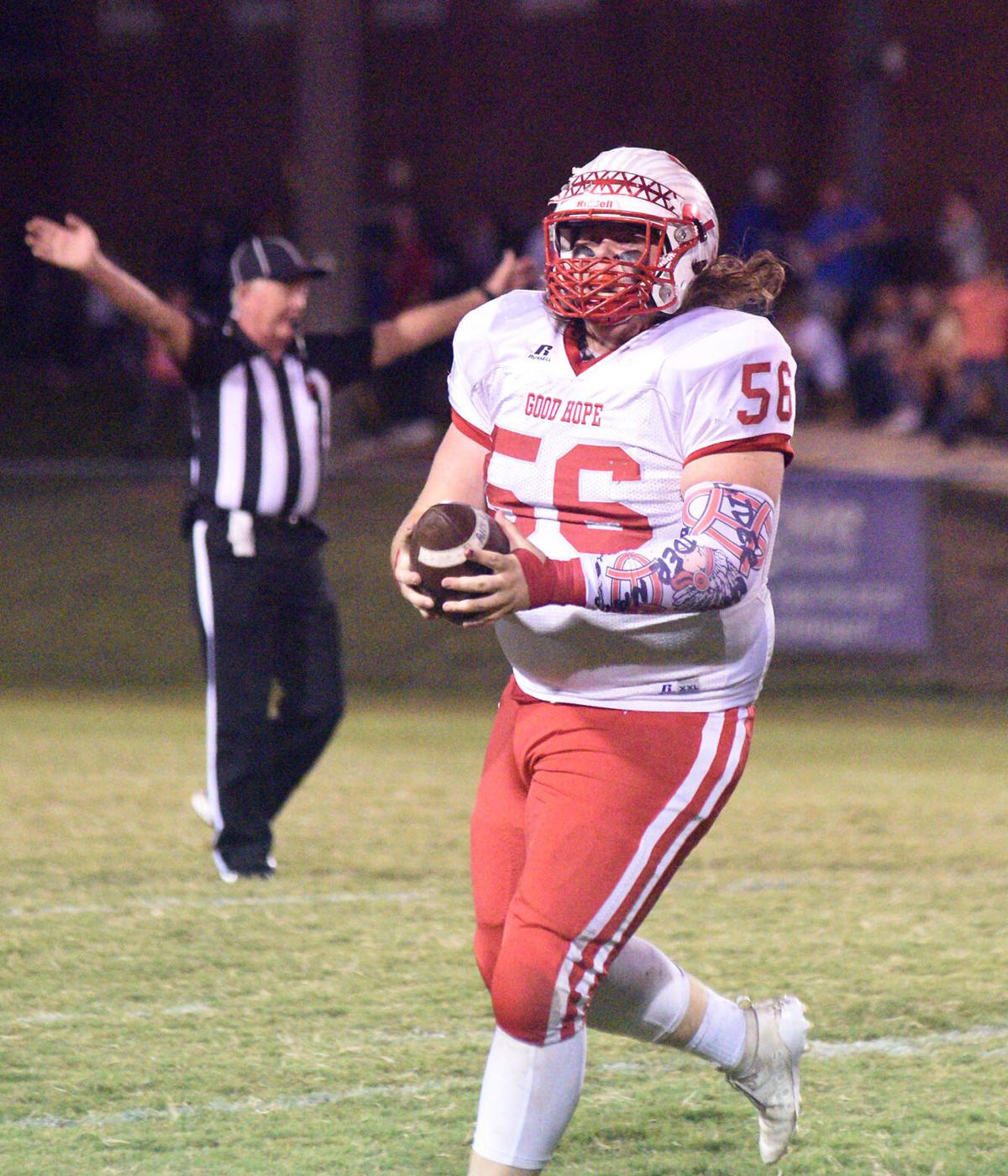 Good Hope's Lucas Hill runs to the sideline after recovering a fumble. 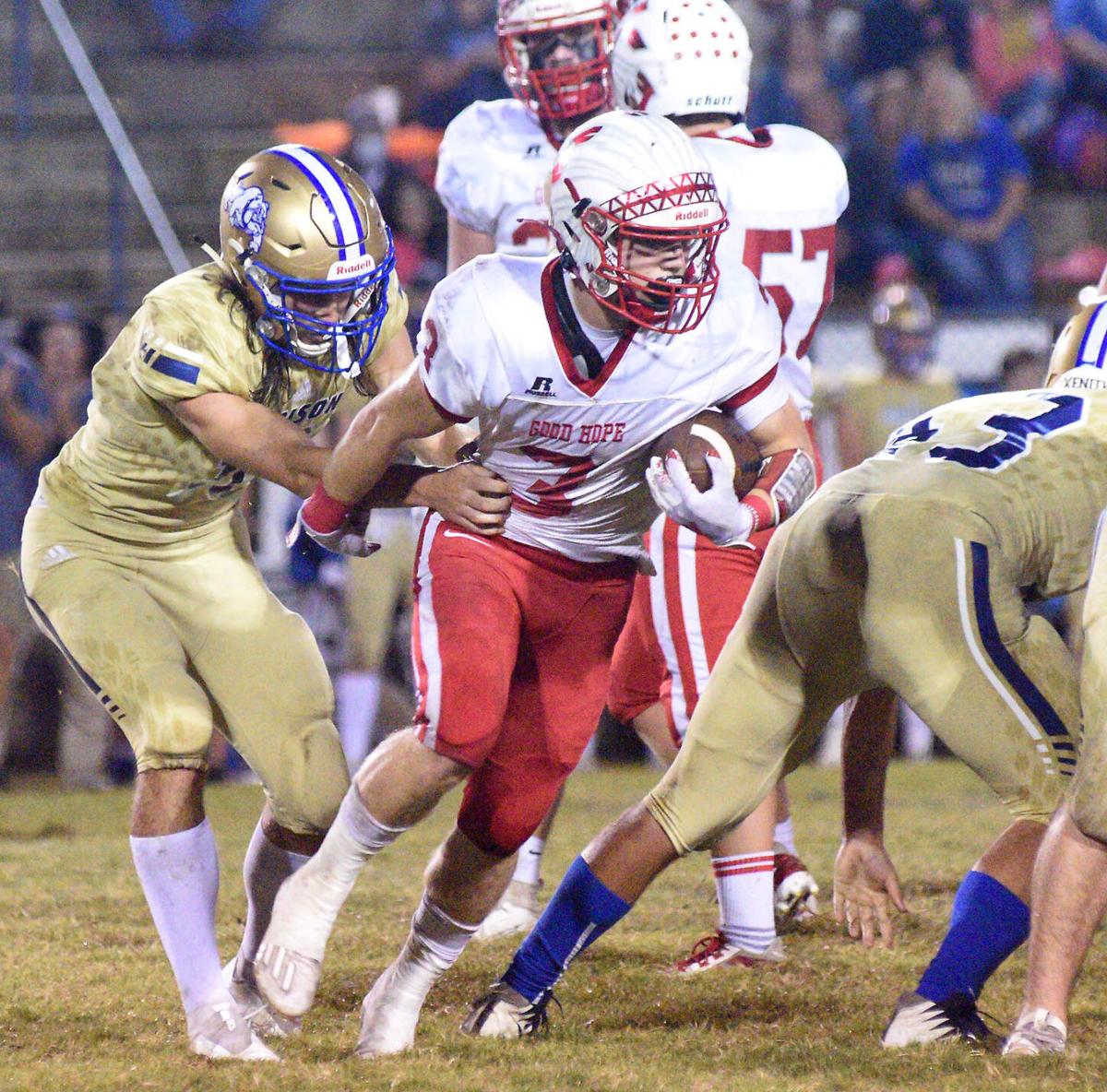 Good Hope's Ethan A. Anderson tries to escape a tackle. 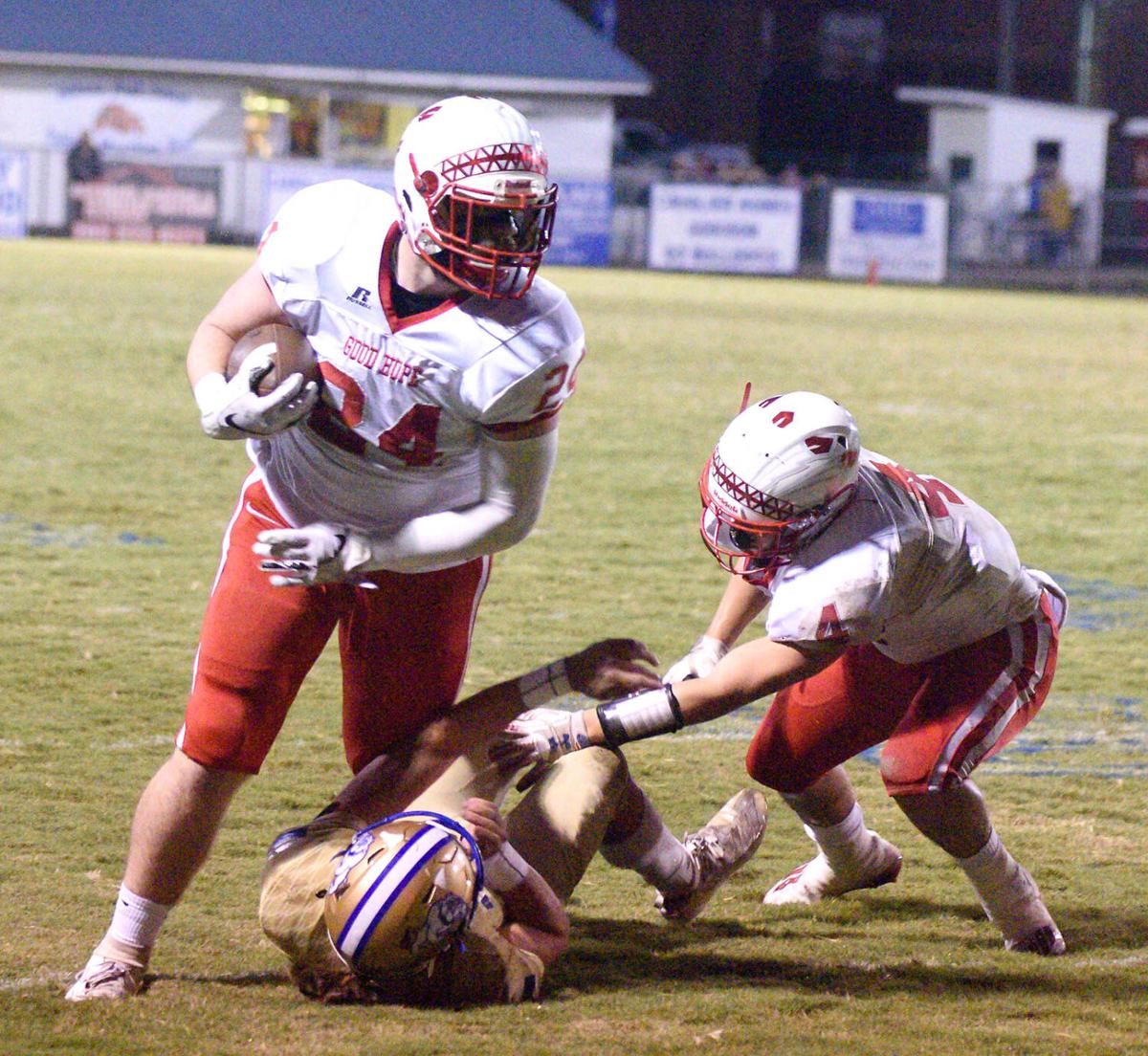 Good Hope's Lucas Hill runs to the sideline after recovering a fumble.

Good Hope's Ethan A. Anderson tries to escape a tackle.

The Raiders scored touchdowns on their first seven possessions and yielded less than 200 yards defensively to the Bulldogs to improve to 6-0 on the season. Addison, meanwhile, dropped to 3-3.

Good Hope leaped out to a 14-0 lead in the first quarter following a pair of Colton Bagwell touchdowns runs — he scored from 3 and 2 yards out, respectively — before the Bulldogs answered with a 48-yard touchdown run from Justin Mather, cutting their deficit to six (14-8) after a successful 2-point conversion.

The Raiders, however, were just getting started.

Tanner Malin produced a 52-yard touchdown dash and followed it with yet another scoring scamper (13 yards) on his team's next possession to push the Raiders' lead to 28-8.

Addison, though, attempted to keep up, climbing to within 13 (28-15) following a 53-yard touchdown pass from Christian Roberts to Mather.

Unfortunately for the home team, it was all Good Hope after that.

The Raiders went ahead 35-15 on Bagwell's third touchdown run (3 yards) of the game and cashed in a pivotal fumble right before halftime — Ethan A. Anderson ran it in from 20 yards out — to garner a 42-15 advantage at intermission.

Konnor Stevens accounted for the lone points of the second half, scoring on a 13-yard TD run.

Anderson added 92 total yards — 45 rushing and 47 receiving — and a touchdown, while Bagwell tallied 10 carries for 42 yards and three scores.

The Class 4A, No. 9 Raiders will now turn their attention to a huge region game next week vs. No. 8 Etowah.

"We don't want to put any added pressure on ourselves," Scott said. "Etowah is a really good football team. Their only losses have come to Gadsden City and Fort Payne. We just need to focus on ourselves and clean up anything we need to clean up next week. I know there's going to be a lot of things surrounding the game on the outside but, as a team and a staff, we need to focus on what we can control and be prepared."