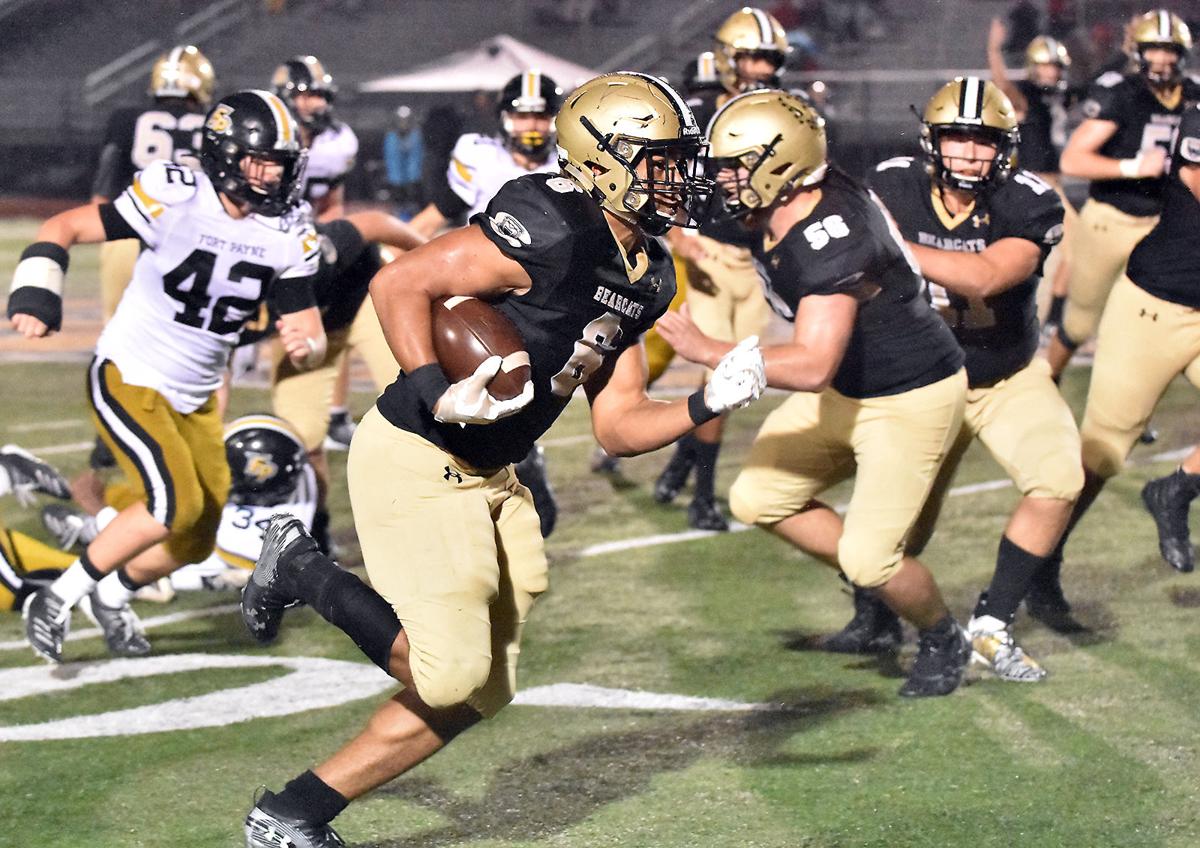 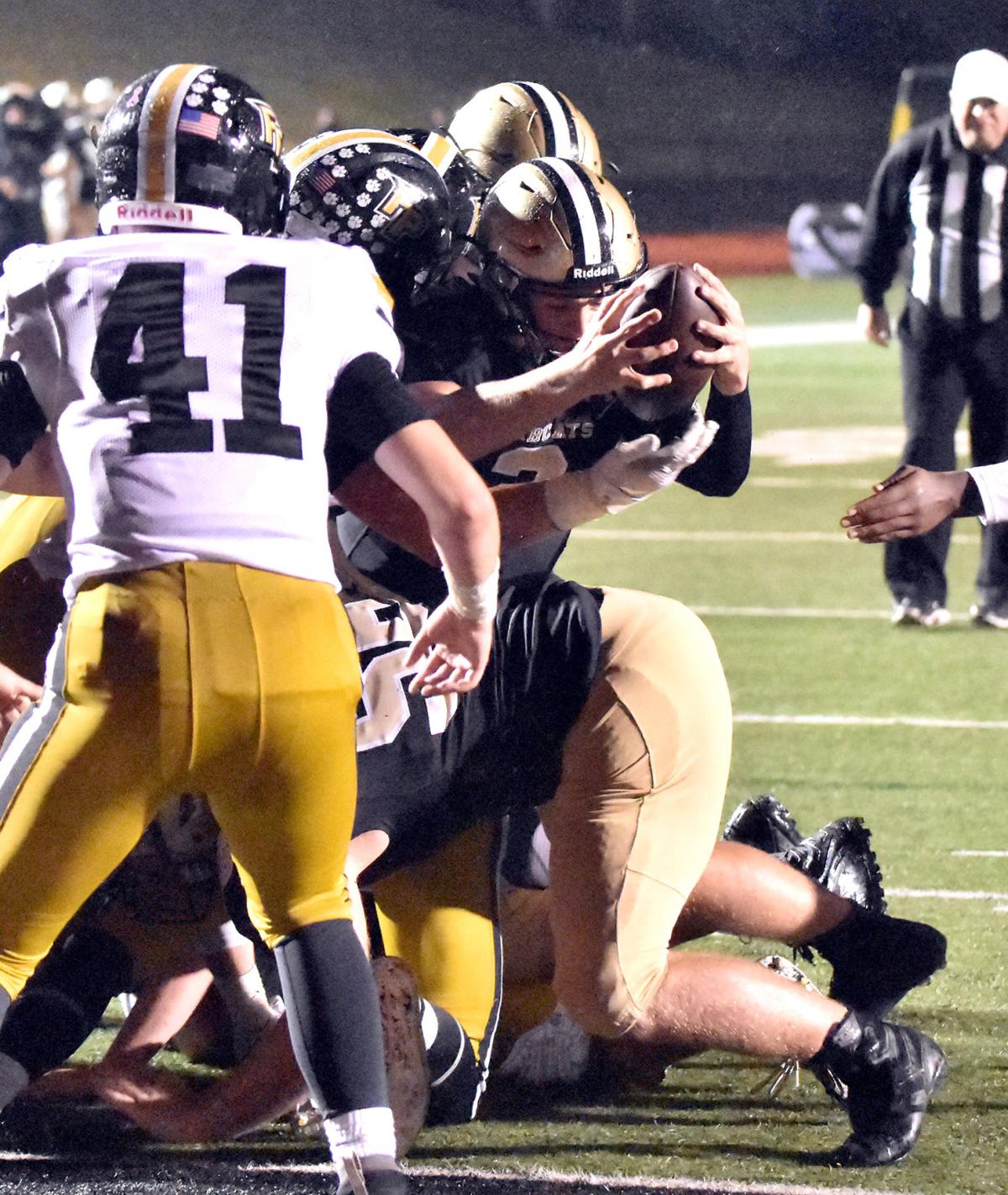 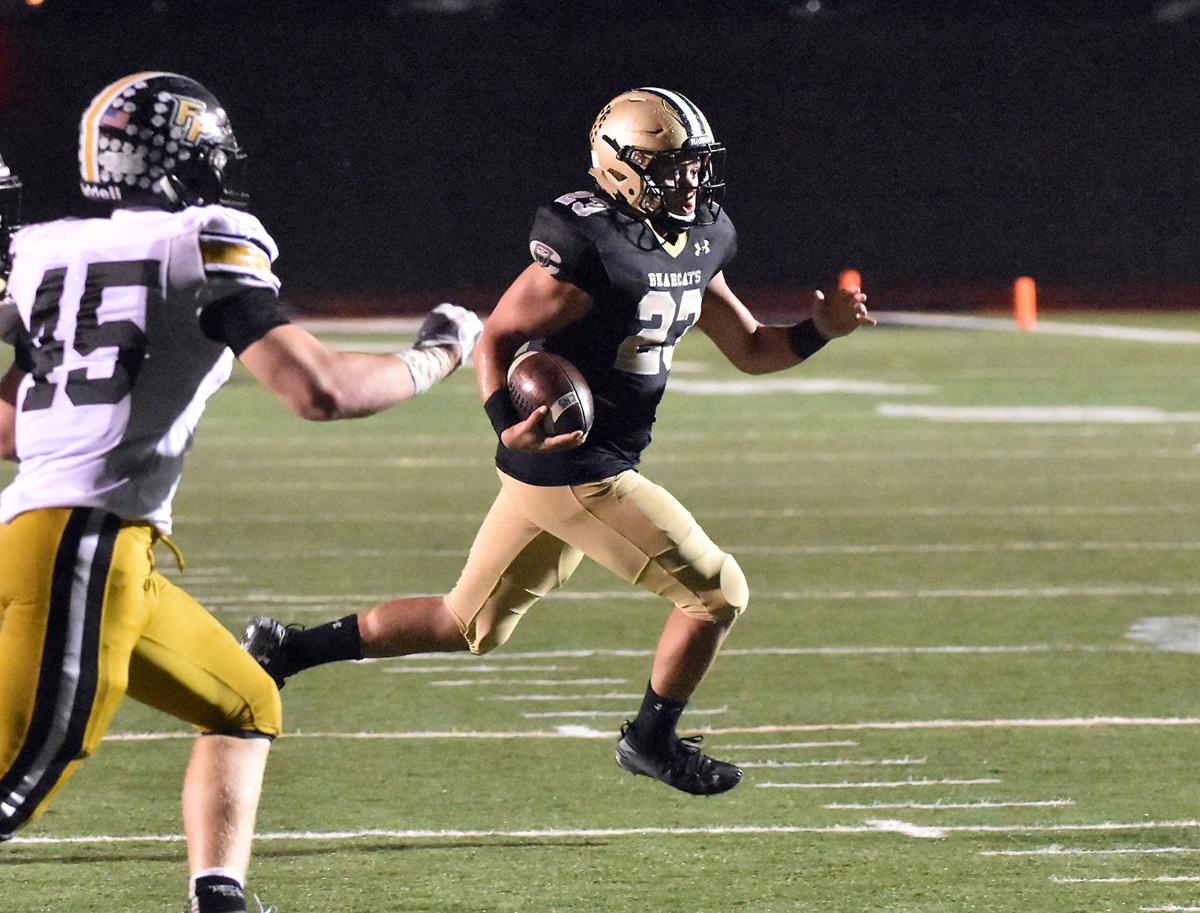 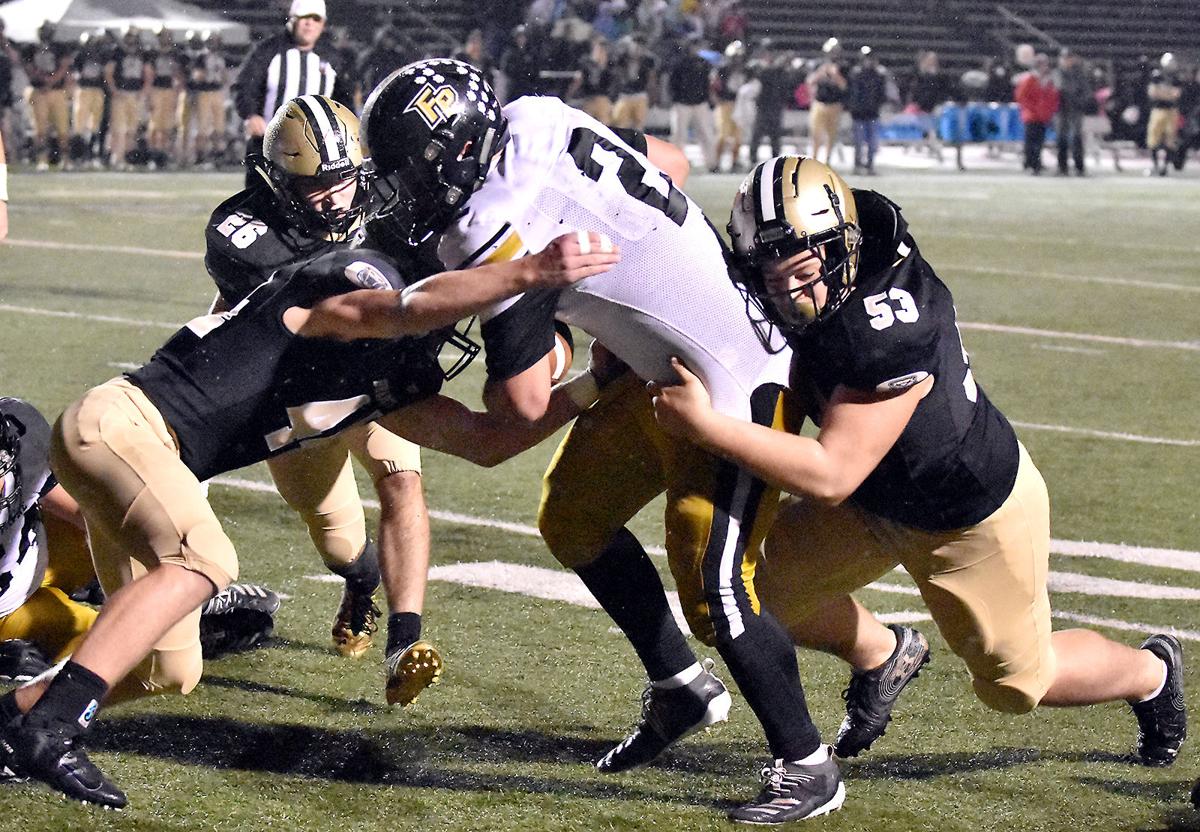 Cullman’s Jayden Sullins and Jaylen Hughey both topped 100 yards rushing, quarterback Max Dueland rushed for three touchdowns, and the Bearcats closed out the 2019 regular season with a 42-23 win over Fort Payne on Friday night.

The win made Senior Night that much sweeter for the Bearcats, who improved their record to 5-5 overall in head coach Oscar Glasscock’s first season at the helm. Fort Payne, the Class 6A, Region 8 champion, fell to 7-2 overall.

Cullman took a 21-7 lead into the locker room at halftime, mixing the run and pass to keep Fort Payne off-balance on a dreary, rainy October night at Oliver Woodard Stadium.

On the Bearcats’ opening possession, Dueland went over the top for a 1-yard touchdown to cap an 80-yard, 5:17 drive that included a fourth-down conversion and two pass completions.

Fort Payne struck back on its ensuing drive to tie things up, but the Bearcats scored two straight touchdowns to take control.

The first score came on Hughey’s 2-yard plunge with 11:10 to go in the first half.

The Bearcat defense set up the next touchdown, as Drew Ball’s hit on Fort Payne running back Hunter Love knocked the ball loose for Josh Miranda to fall on. A few plays later, Sullins powered his way in for a 5-yard touchdown.

Coming out of halftime, Fort Payne scored nine unanswered points to pull to within 21-16. Love got things going on the Wildcats’ opening possession, scoring on a 20-yard run. After holding Cullman to a punt on its opening possession of the second half, Fort Payne got a 30-yard field goal from Alex McPherson.

But it was all Cullman from there.

A 70-yard run by Hughey set up the Bearcats’ next score. Two plays after the long run, Dueland ran a naked bootleg 5 yards for a touchdown.

Another long run – this time a 40-yarder by Hughey – put Cullman in prime position for another score on its next possession. Dueland finished things up with a 1-yard plunge into the end zone.

The Bearcats’ Noah Bussman intercepted a pass at the 2-yard line to thwart a Fort Payne drive on its next possession. A few plays later, Sullins broke an 88-yard touchdown run to cap the Cullman scoring onslaught.

Love added a window-dressing touchdown for the Wildcats with less than a minute to go to make what would be the final score.

Cullman has a bye next week before traveling to Mae Jemison in two weeks for the first round of the Class 6A playoffs.

William James Welsh, age 98, of Cullman, passed away on Saturday, January 15, 2022, at Summerford Nursing Home. He was born August 18, 1923, in Jersey City, New Jersey, to Edward I. and Eleanor Welsh. Mr. Welsh proudly served in the U.S. Army as part of the 94th Infantry Division for four ye…