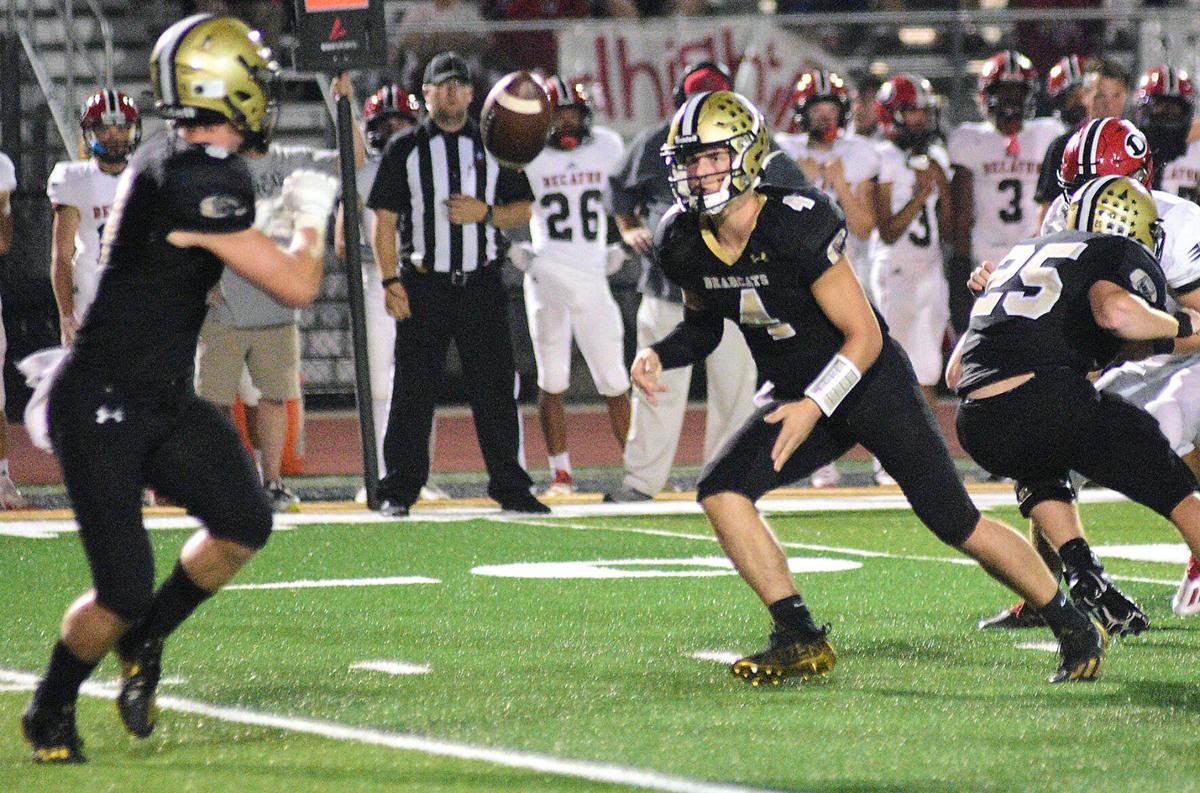 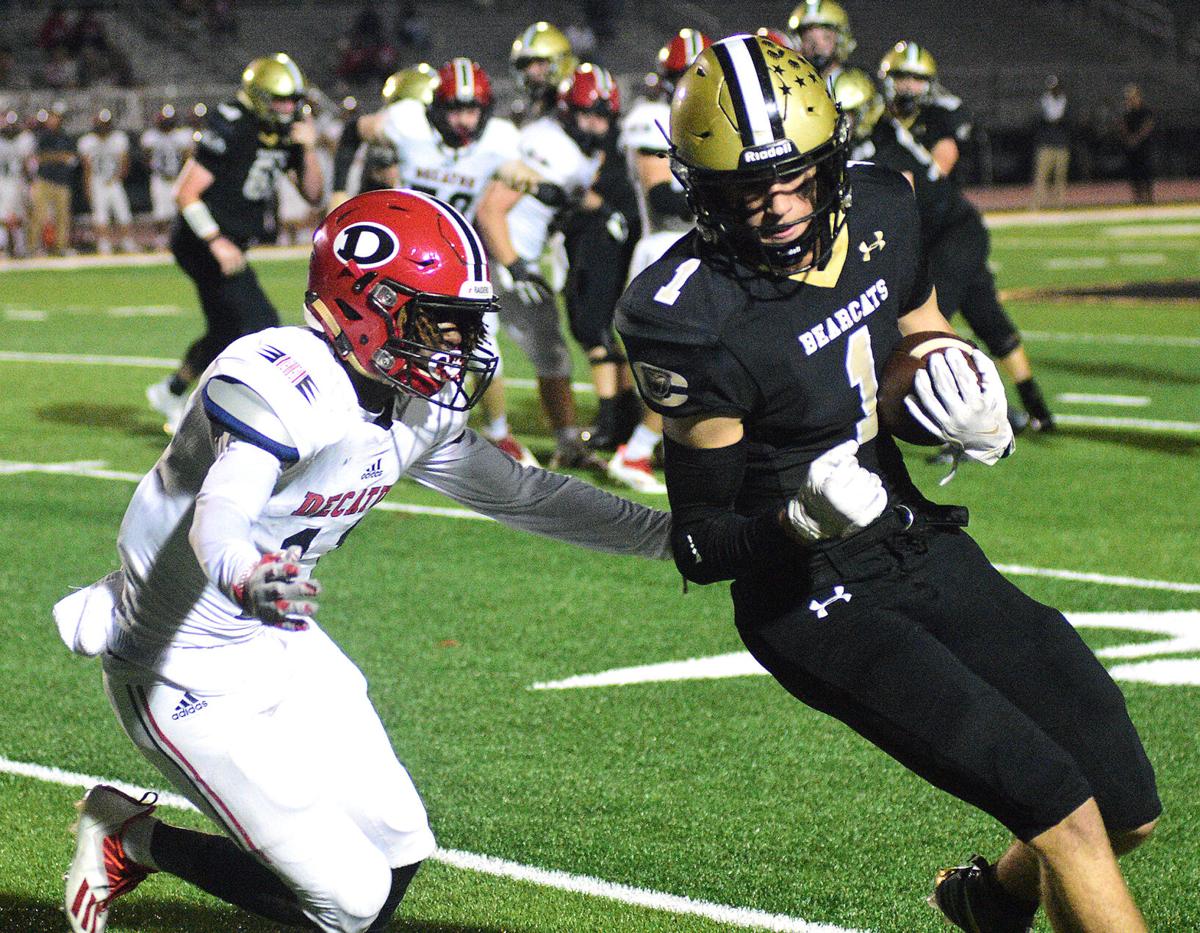 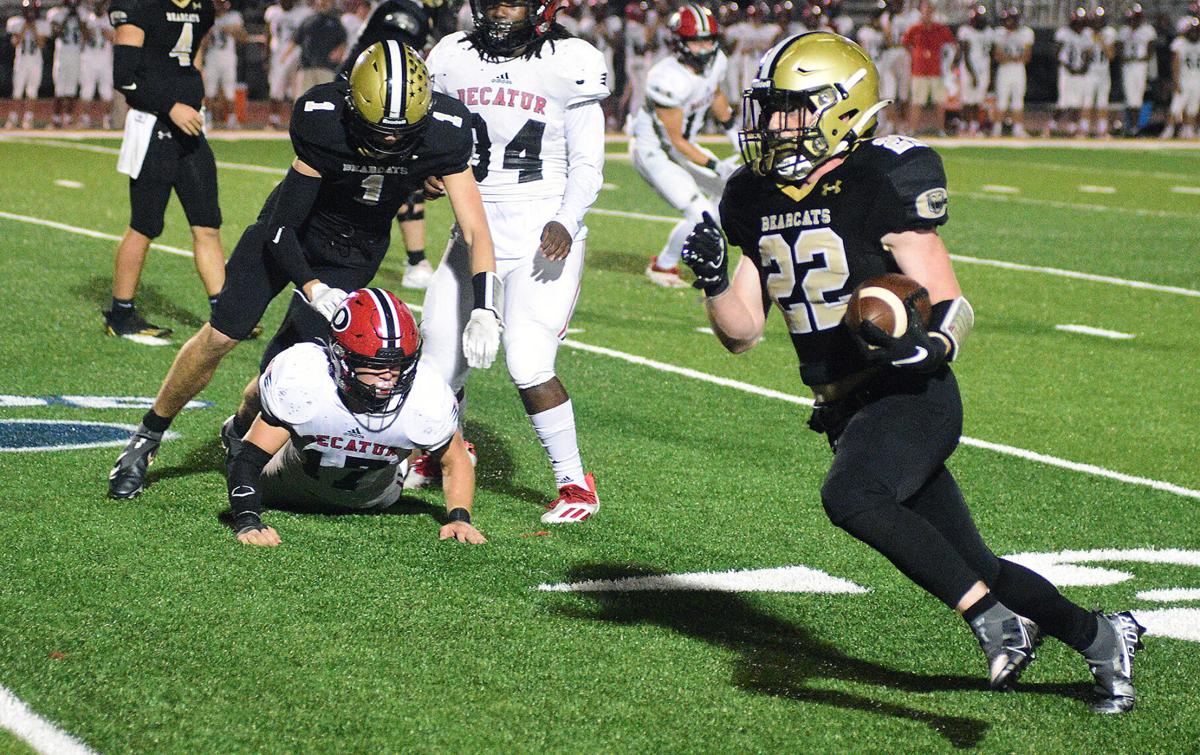 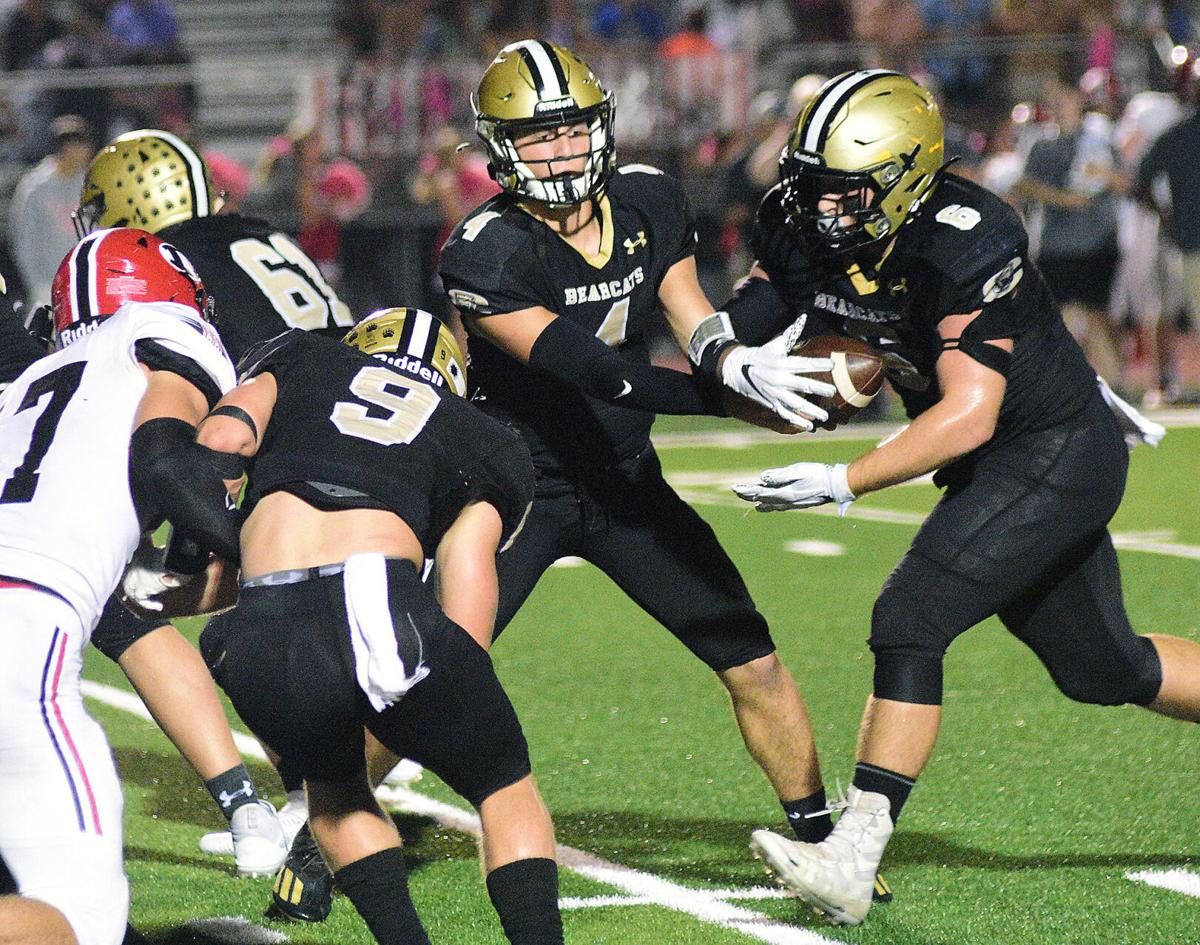 Cullman grinded out a 17-14 victory against Decatur at Oliver Woodard Stadium on Friday night — a triumph the 1971 Bearcats would be proud of.

As the school recognized that aforementioned team for its 50th anniversary on Friday, the current Bearcats (5-2, 3-1) scooted out to a 14-0 lead in the first half and salted away the game with a strong defensive showing, notching an important Class 6A, Region 8 win.

“It’s always a big deal to beat Decatur. We believe they’re the most improved team in the region, and they never let us get comfortable in the game,” said Cullman coach Oscar Glasscock, whose team has won four consecutive games. “We settled down and took care of business, no matter the adversity we faced. I’m super happy with the effort on the defensive side of the ball. Our defensive coaches made good adjustments in the second half, and good teams must win games like this.

“I hope it was a special night for the 1971 team. They beat Decatur as seniors – the only game Decatur lost that season.”

Senior Jamar Kay sparked Cullman early, racing for a 75-yard touchdown less than six minutes into the game. The score was set up after a Dylan Sessions interception.

Cullman cashed in on another first-quarter turnover by the Raiders. Max Gambrill recovered a fumble with 5:58 remaining in the stanza, and Ryan Skinner tallied a 37-yard rushing touchdown with 3:59 left. Cullman led 14-0.

Decatur chipped away at its deficit early in the second quarter on a 7-yard touchdown by Ryan Kirk.

Decatur threatened to inch closer later in the quarter, but a Kay interception halted the drive.

As Cullman was seeking to milk the game's final seconds, Decatur’s Trey Ayers scooped up a failed pitch attempt and scored a 75-yard touchdown, shrinking Cullman’s edge to 17-14 with less than a minute remaining.