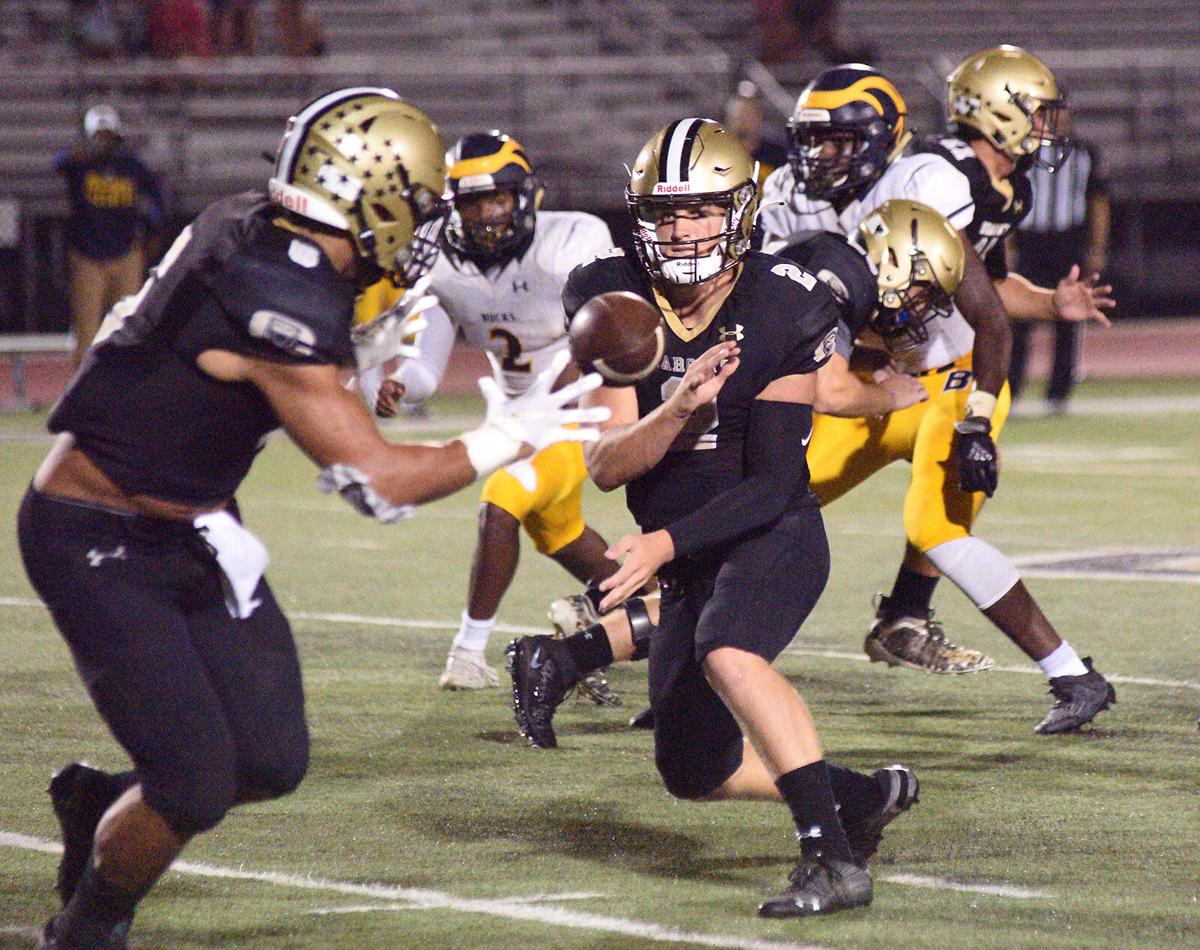 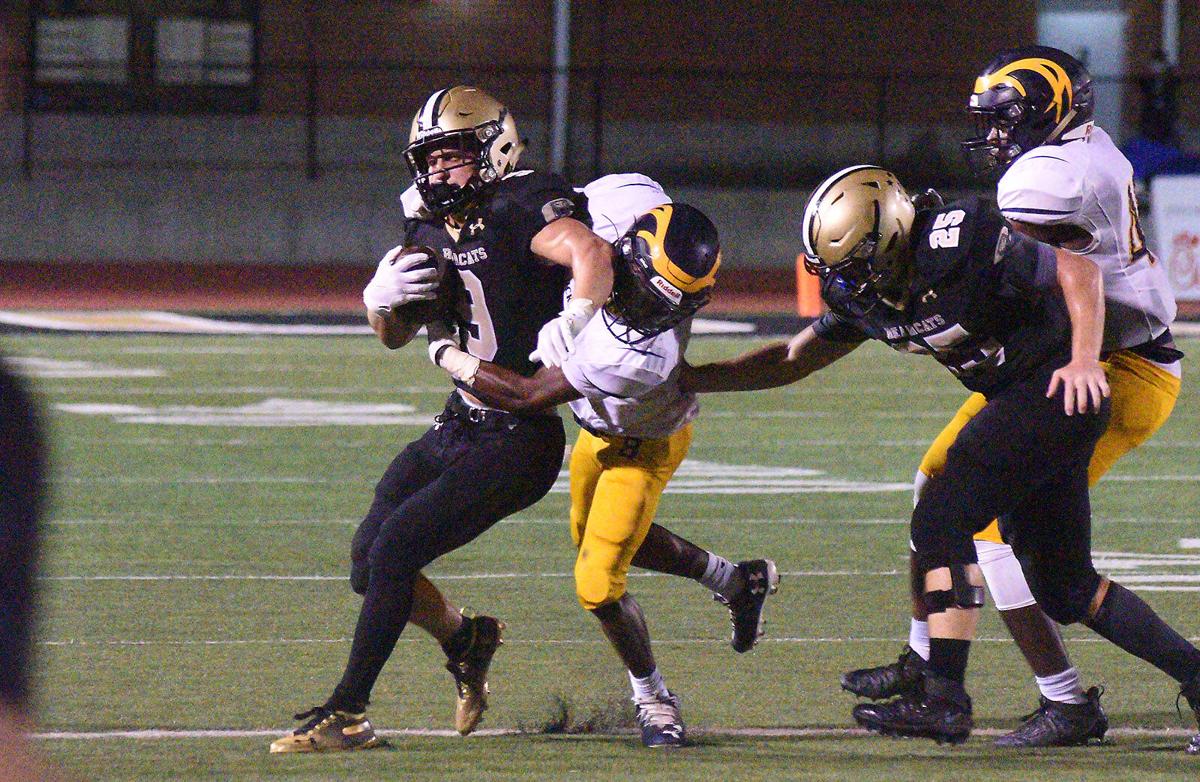 Jake Dueland tries to break around the outside during the second half.

Jake Dueland tries to break around the outside during the second half.

Cullman is off its first 4-0 start since 2013 after the 10th-ranked Bearcats posted their third shutout of the season on Friday, blanking Buckhorn 20-0 at Oliver Woodard Stadium.

Cullman (4-0, 2-0 Class 6A, Region 8) marched out to a 13-0 lead by halftime, never allowing the Bucks to generate any offense throughout.

"It was a game we had to grind out. We had a lot of miscues, and we were coming off a brutal three-game stretch, including one against one of our biggest rivals. I'm proud of our guys for working through adversity and finding a way to win," said coach Oscar Glasscock. "We needed a game like that where we had to gut it out. Hats off to Buckhorn for being a tough opponent."

The Bearcats' defense has yielded only 20 points in 16 quarters this season, also shutting out Grissom and Jasper.

Cullman scooted out to a 7-0 lead with 2:15 remaining in the first on a 75-yard touchdown pass from Max Dueland to Nic Glass.

Brody Adams added a pair of 35-yard field goals in the second quarter, extending the Bearcats' cushion to 13-0.

Dueland capped Cullman's scoring with a 2-yard touchdown run in the closing seconds of the game.