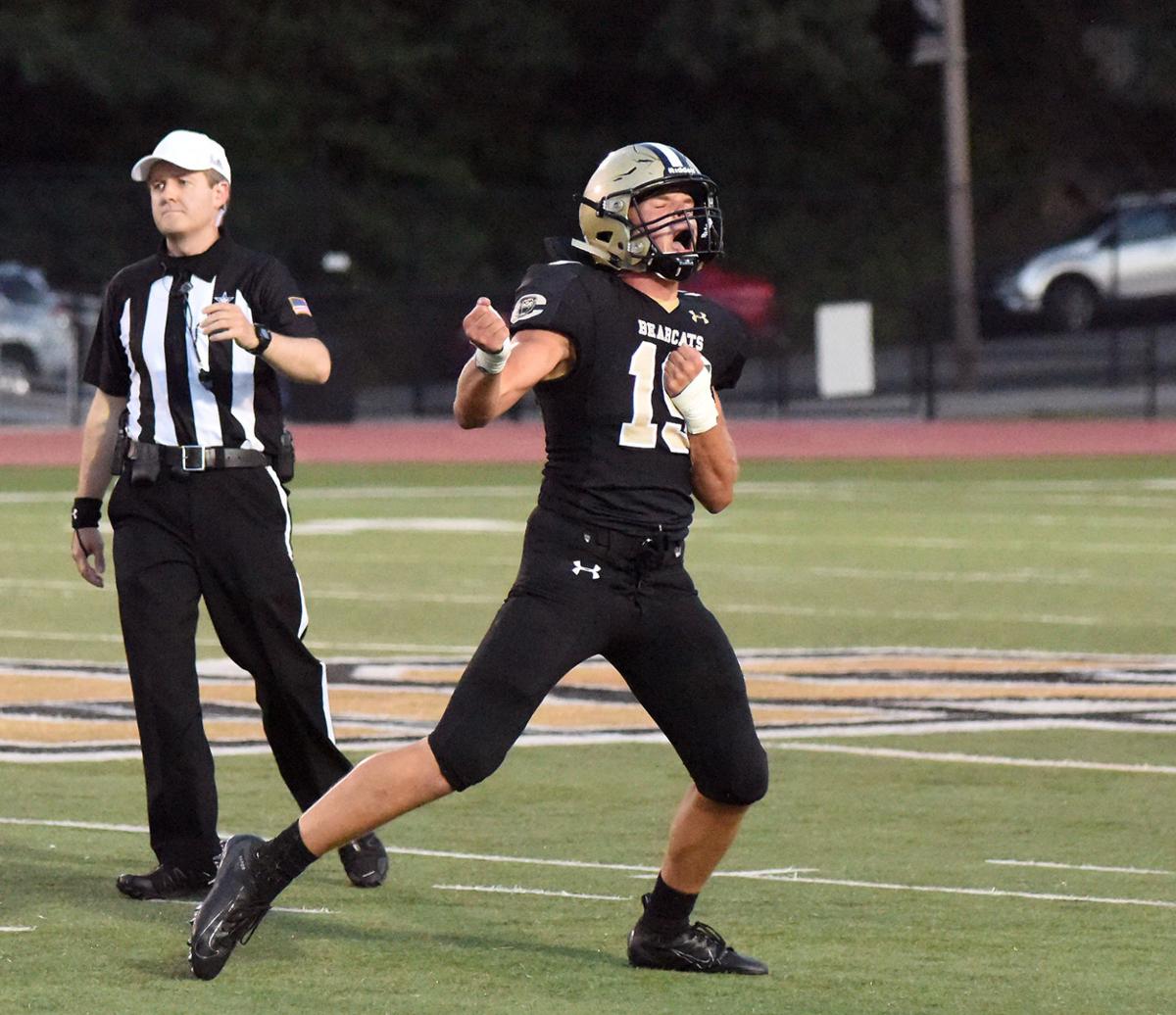 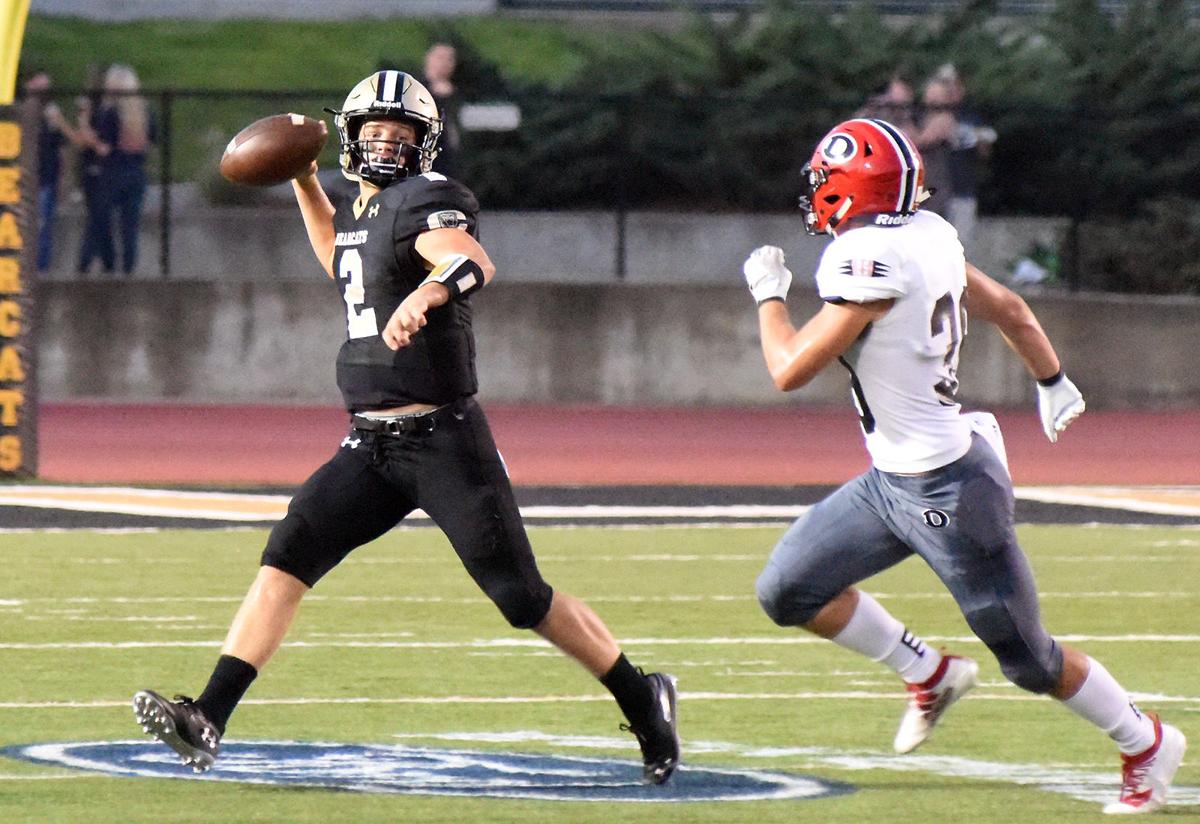 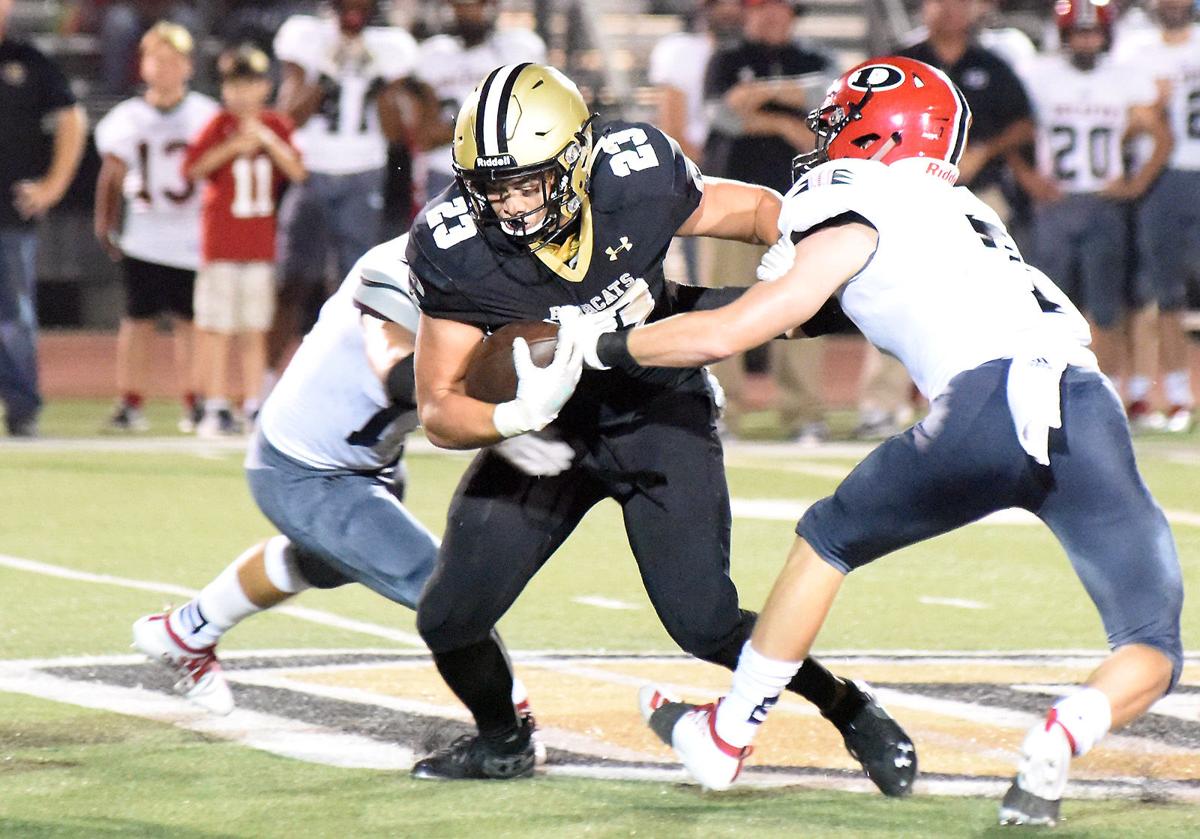 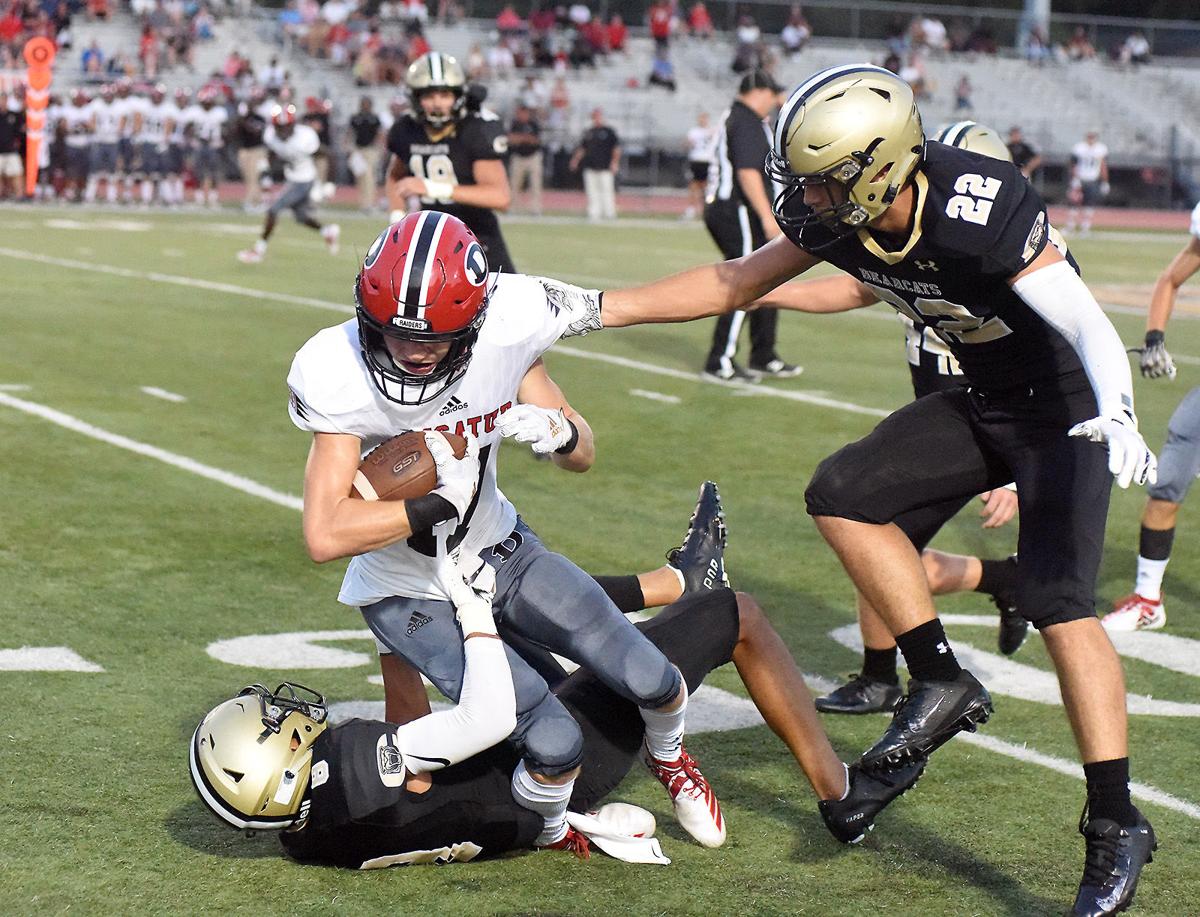 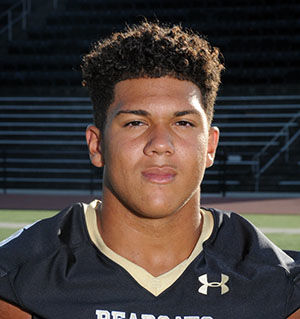 It was nothing fancy, really.

There was no trickery, and certainly no razzle-dazzle.

Behind the powerful running of Jayden Sullins and Jaylen Hughey, and a punishing offensive line, the Bearcats reeled off six unanswered touchdowns in a 41-17 win over Decatur on Friday night at Oliver Woodard Stadium in a Class 6A, Region 7 bout.

Sullins ran 32 times for 177 yards and a touchdown, while Hughey ran for 128 yards — all in the second half — to lead Cullman (1-2) to the win. The Sullins-Hughey duo set up five short touchdown runs for quarterback Max Dueland.

It was the first win for Glasscock as Cullman’s head coach, but he wasn’t about to revel in the accomplishment.

“We’re in this for the long haul,” he said. “It’s not about one victory. It’s about establishing a new identity. We took a giant step in that direction tonight.”

Coming off two losses by a total of five points to open the season, Glasscock’s Bearcats easily could’ve quit Friday night when they found themselves down 17-0 in the first half to the Red Raiders (0-3). The offense couldn’t find a rhythm, and the defense was struggling to find a way to slow down Decatur quarterback Turner Stepp.

The senior signal-caller completed passes to four different receivers on the Red Raiders’ opening drive before a run by KeAndre’ Williams caught the Cullman defense off guard. The sophomore running back raced 27 yards to put the Red Raiders ahead 7-0.

Decatur put a field goal on the board on its next drive, as Owan Poovey booted a 29-yarder. A 60-yard bomb from Stepp to Smith Coon set up the score.

Then, after forcing Cullman into its second three-and-out, Decatur marched 44 yards in seven plays for another touchdown. Stepp’s 11-yard strike to Reed Harbin made it 17-0 at the 9:44 mark of the second quarter.

But then, it happened — “old-school football.”

Cullman began riding the back of Sullins, and the Bearcats eventually reached the red zone before facing a fourth down. That’s when Cullman went to the air for what was its final completion of the night, as Dueland faked a handoff to Sullins before throwing back to him out of the backfield. Sullins reached the 1-yard line and, on the next play, Dueland found paydirt with a quarterback sneak.

The defense then started doing its job, as it allowed just two first downs and 67 yards of offense from that point until the final whistle sounded.

It helped, too, that the offense began building drives and milking clock. The Bearcats had a time of possession advantage of 17:52 to 6:08 in the second half.

“The main thing is, when you get first downs and you keep a great quarterback like Stepp on the sideline, and then he has to come in and play defense, that’s what it’s about,” Glasscock said. “We wore them down because our offense was sustaining drives and getting first downs.”

Cullman built momentum all through the second half after trailing 17-7 at halftime. On its opening possession, Dueland capped an 88-yard drive with a 1-yard sneak. The key play was Hughey’s 39-yard dash.

Decatur couldn’t cover the ensuing kickoff, and Cullman recovered at the road team’s 33-yard line. Sullins’ runs of 9, 11 and 10 yards set up Dueland’s 2-yard dive up the middle that gave the Bearcats a 21-17 advantage.

After holding Decatur to a three-and-out on its next possession, Cullman needed just five plays to go 50 yards for another Dueland score. Hughey did most of the damage this time with runs of 18, 25 and 1 yards before Dueland’s scamper around left end for 4 yards.

Cullman added two more scores in the fourth quarter, with Dueland’s 1-yard run at the 7:41 mark and Sullins’ 8-yard sweep around right end with 3:22 to go in the game.

Cullman racked up 352 rushing yards on the night and outgained Decatur 381-234. Decatur had just 35 yards in the second half.

Cullman travels to Columbia next week.

The game is scheduled for Thursday at Milton Frank Stadium in Huntsville.