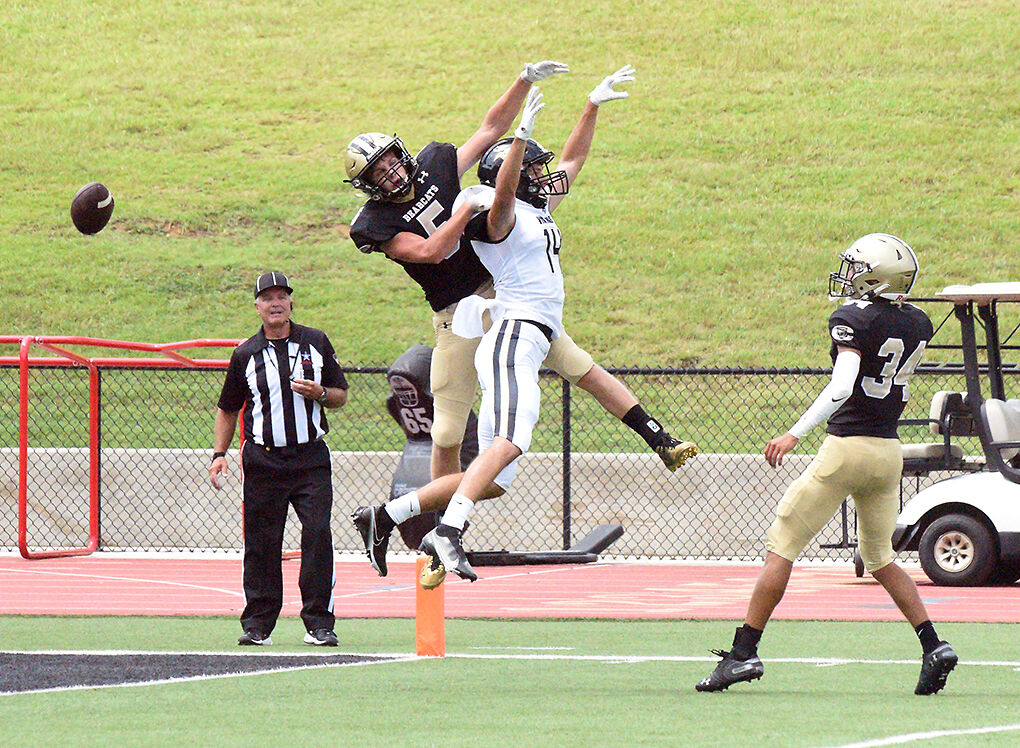 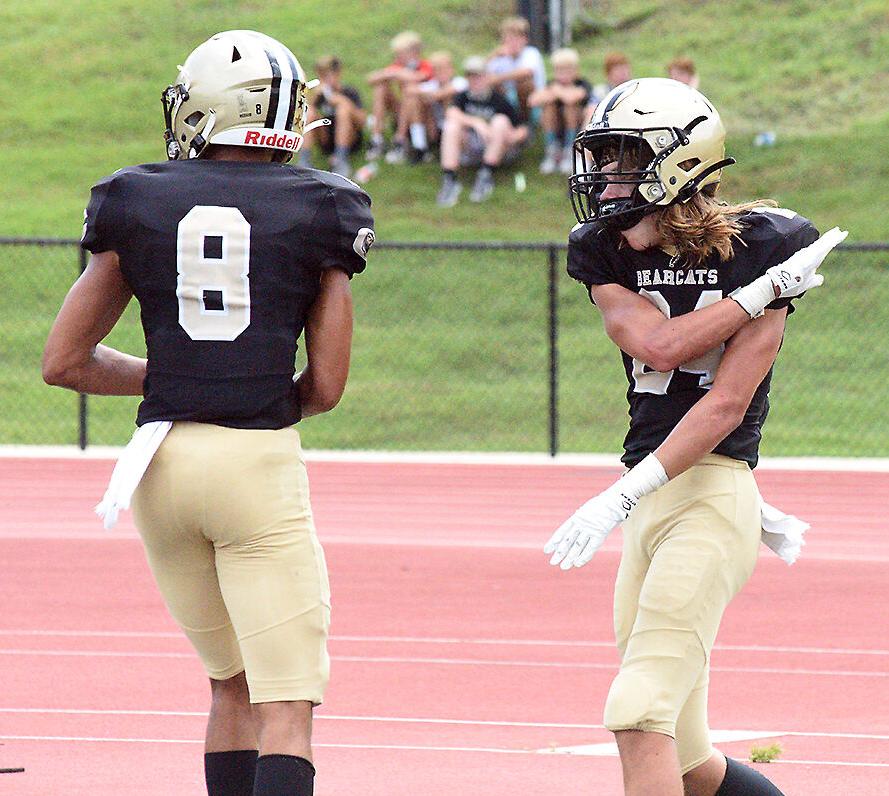 Cullman's Sam Brand, right, celebrates after breaking up a pass. 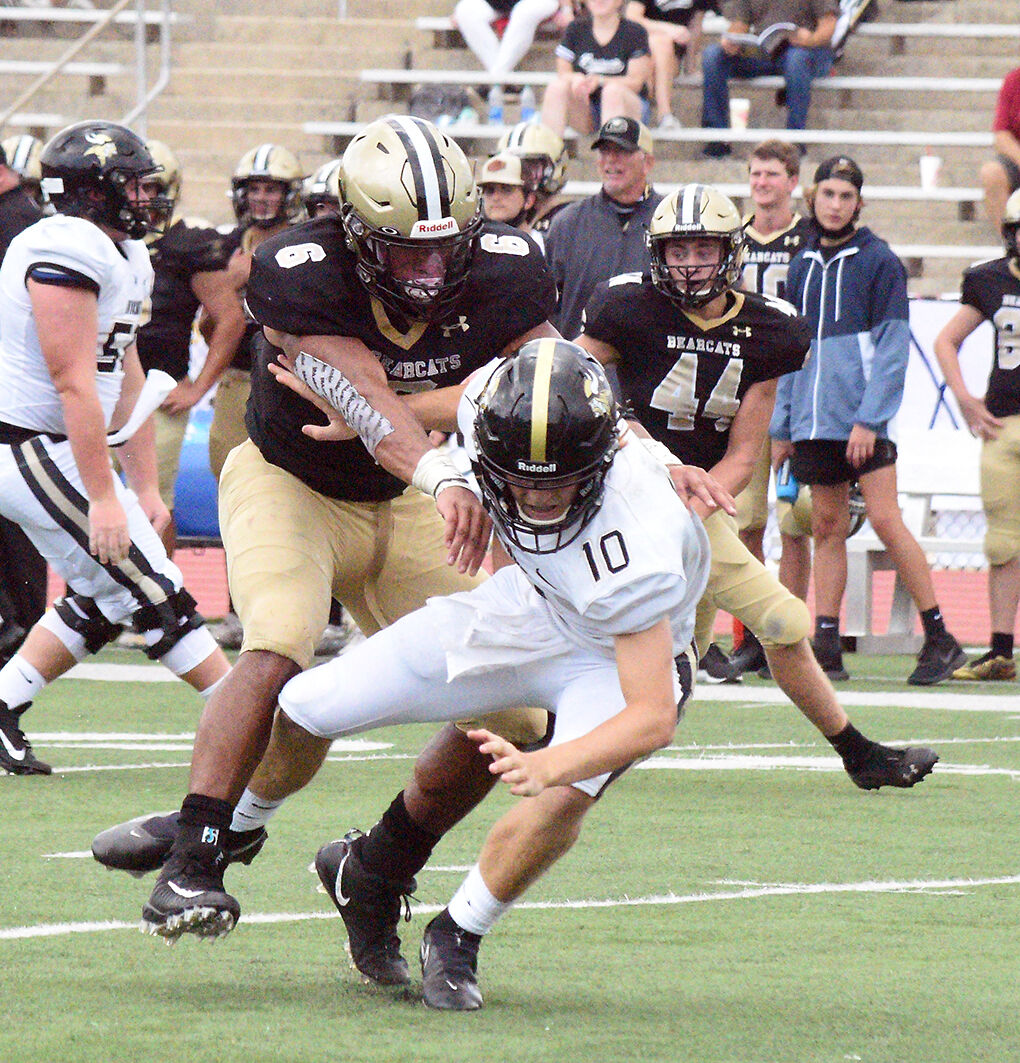 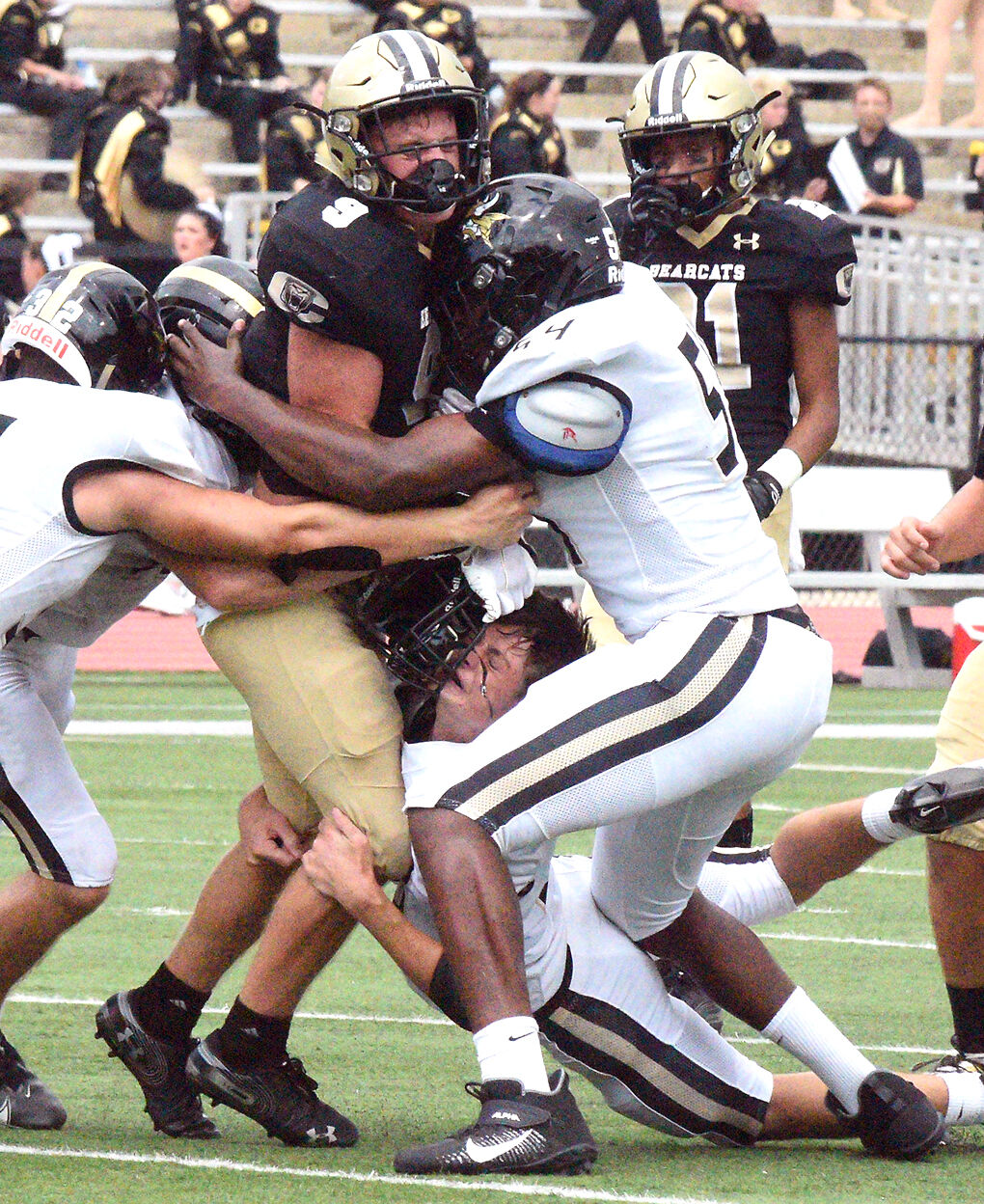 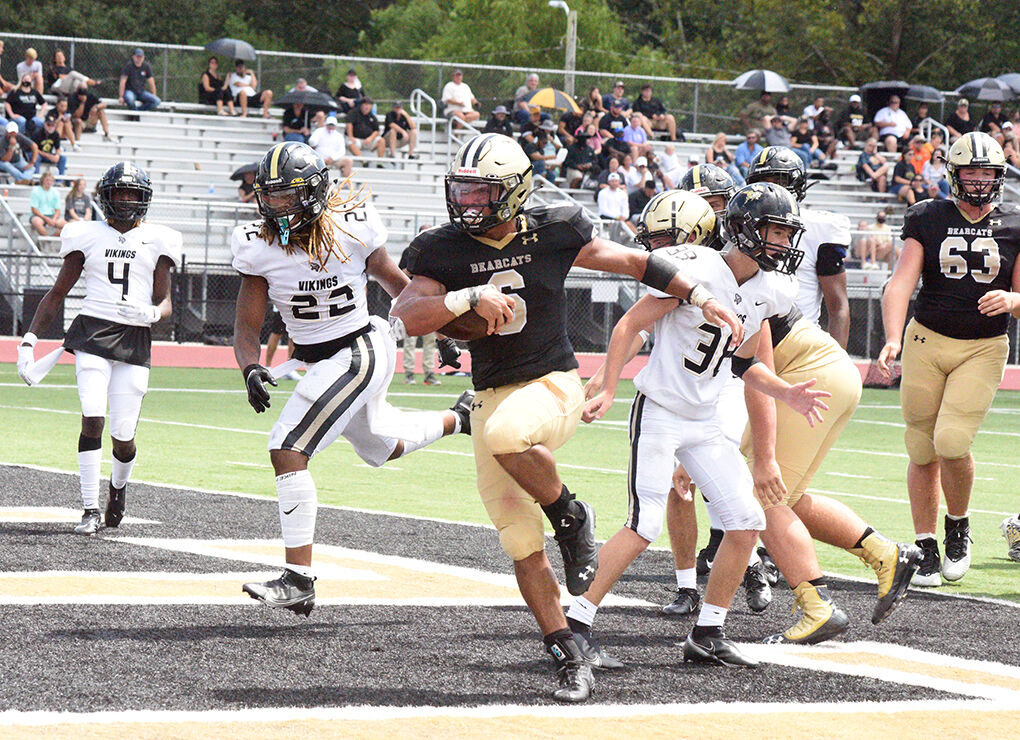 Cullman's Sam Brand, right, celebrates after breaking up a pass.

Cullman turned in a strong defensive effort on Saturday, shutting out Jasper 21-0 at Oliver Woodard Stadium to improve to 2-0 this season.

The Bearcats have opened the 2020 campaign with eight straight scoreless quarters, racking up consecutive shutouts — they defeated Grissom 23-0 in Week 0 — for the first time since 2002.

"I'm really proud of our defense," senior Jaylen Hughey said. "We really bowed our necks. Our plan this week was to be more physical than them, know our assignments and execute them. We did that today."

The game, which had originally been scheduled for Friday, was moved to Saturday because of the weather.

Cullman, though, never lost its focus, according to head coach Oscar Glasscock.

"I'm just super proud of our seniors for showing the maturity to accept the changes," he said. "On Wednesday, everybody was saying we were playing Thursday. And then it was on Friday. Then it gets canceled. To be able to change our routine, come out and play as well as we did, I'm just super happy.

"We played a lot of kids and handled the conditions. Obviously, when the quarterback from Jasper got hurt (late in the first half), that really changed a lot for them. He's an outstanding player. I thought Jasper showed a lot of toughness, though. They have a fine ball club."

The Bearcats marched down the field on their first possession of the contest, grabbing a 7-0 lead following Noah Kee's 5-yard touchdown run.

The score remained the same until midway through the second quarter, when Max Dueland found Jamar Kay for a 47-yard touchdown strike to make it 14-0.

Cullman capped its scoring with a 3-yard touchdown run by Hughey in the third quarter for a 21-0 lead.

The Bearcat defense also rose to a pair of challenges in the stanza, twice turning away Jasper when the road team possessed the ball inside the 10- and 15-yard lines, respectively.

From there, it was simply a matter of bleeding the clock.

Dueland completed 4 of 9 passes for 100 yards. He also added 53 yards on eight carries.

His brother, Jake Dueland, led Cullman in rushing with 147 yards on just 13 carries.

Hughey (33) and Kee (18) also contributed to the ground attack. Jeb Bartle added a 43-yard catch as well. Brody Adams made all three of his extra-point attempts.

The Bearcats will kick off region play this Friday at Hartselle.

"We're looking forward to it," Hughey said. "These two games we played are behind us now. We're taking it week-by-week and trying to do our thing."

Glasscock, meanwhile, likes where his squad is at heading into Week 2.

"I think we look like a veteran team — bigger, stronger, faster. That's a tribute to our weight program, and speed and conditioning program. These guys have really bought into it, and the administration has really bought into it. You're seeing it pay off. I'm really, really happy to be at Cullman at this time, because there's a lot of good things going on."