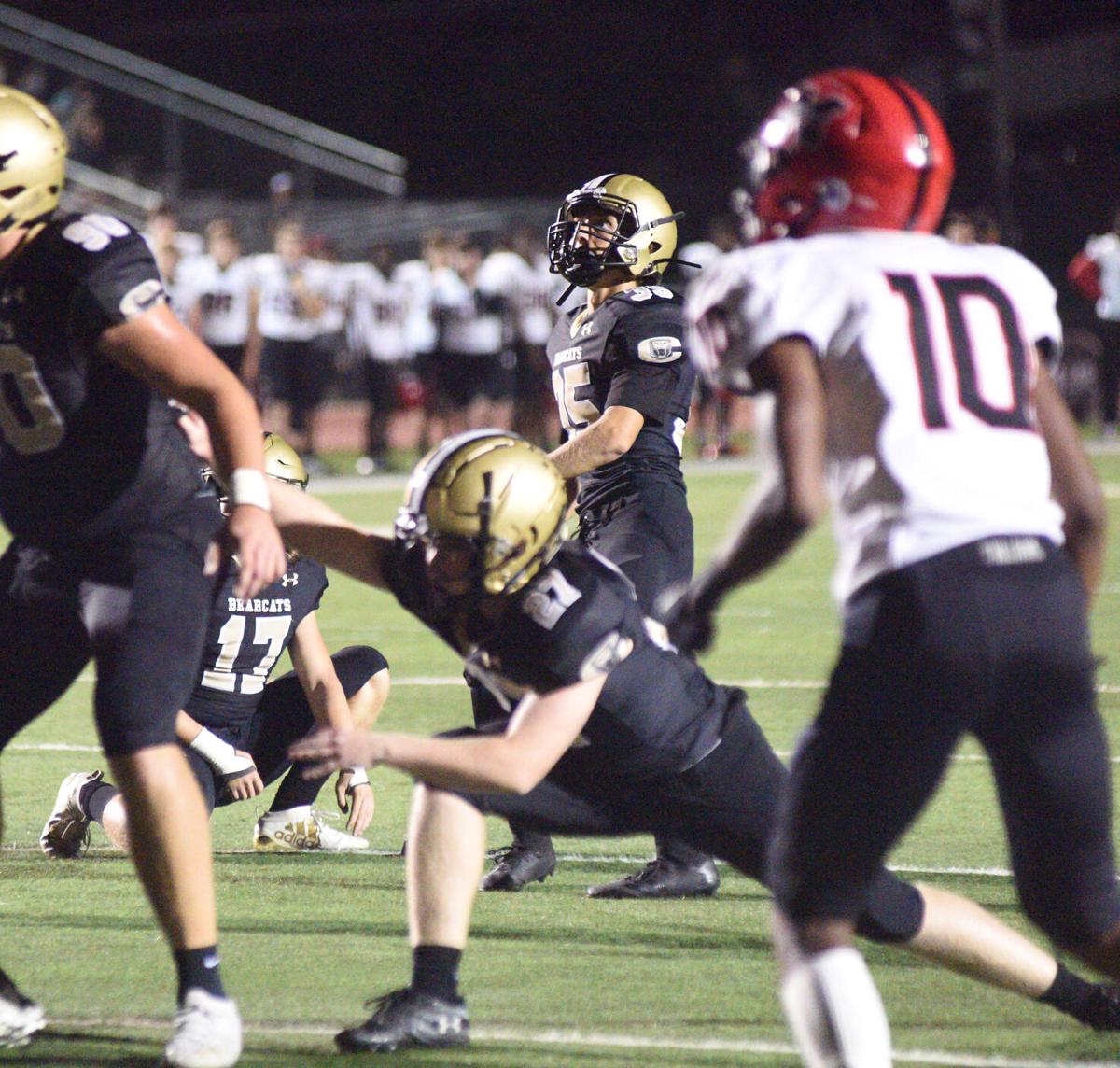 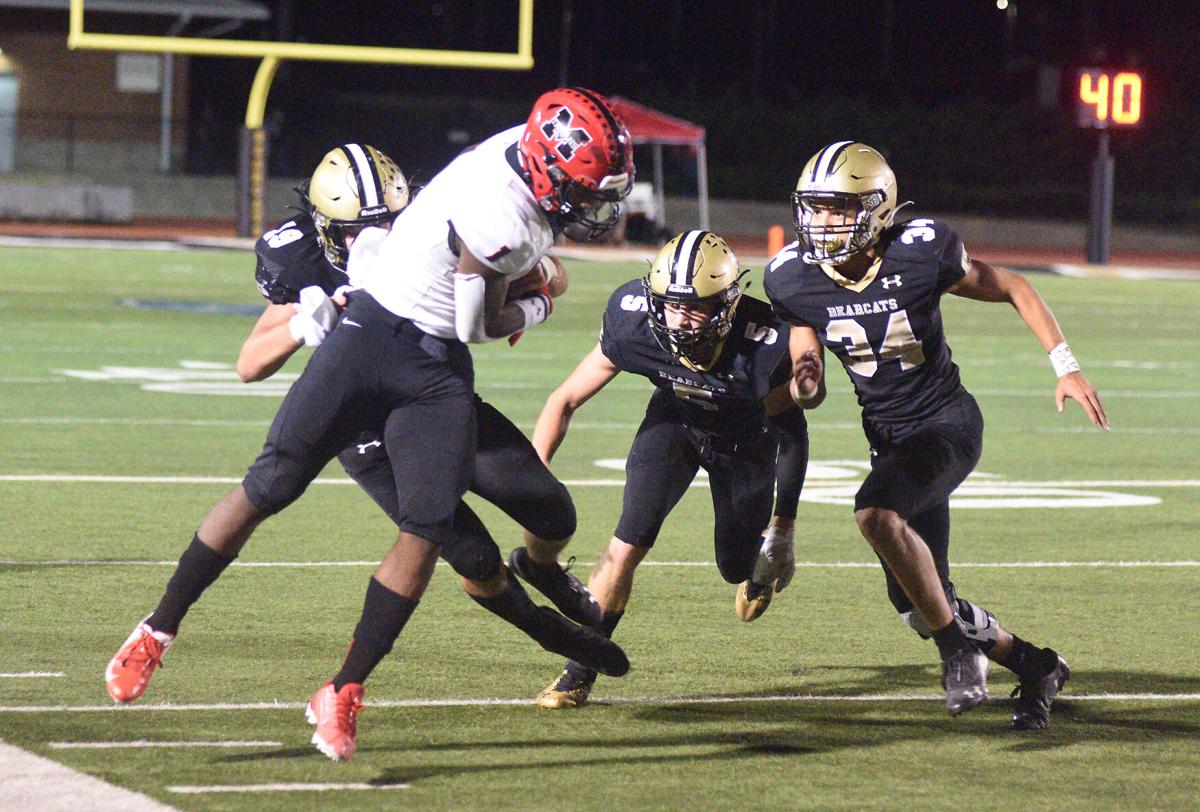 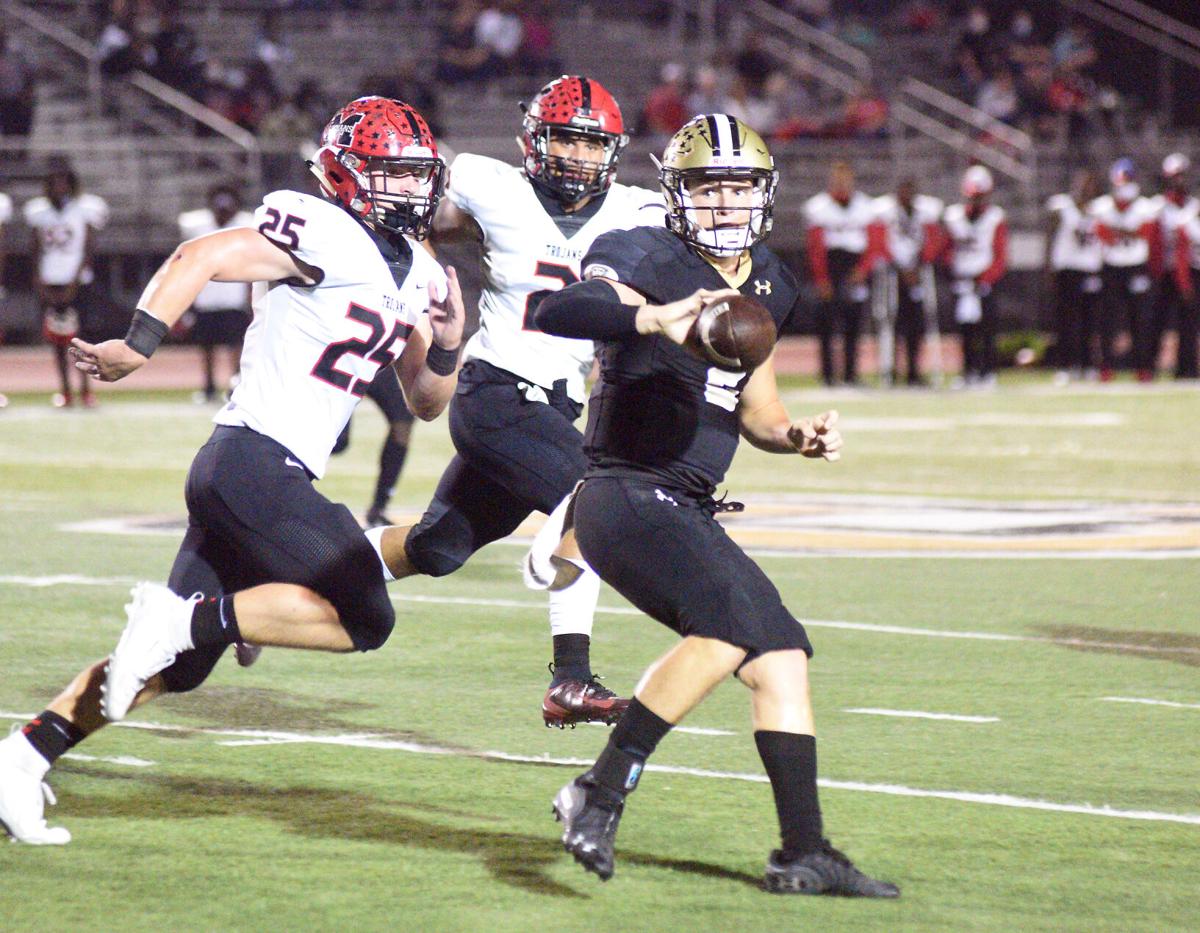 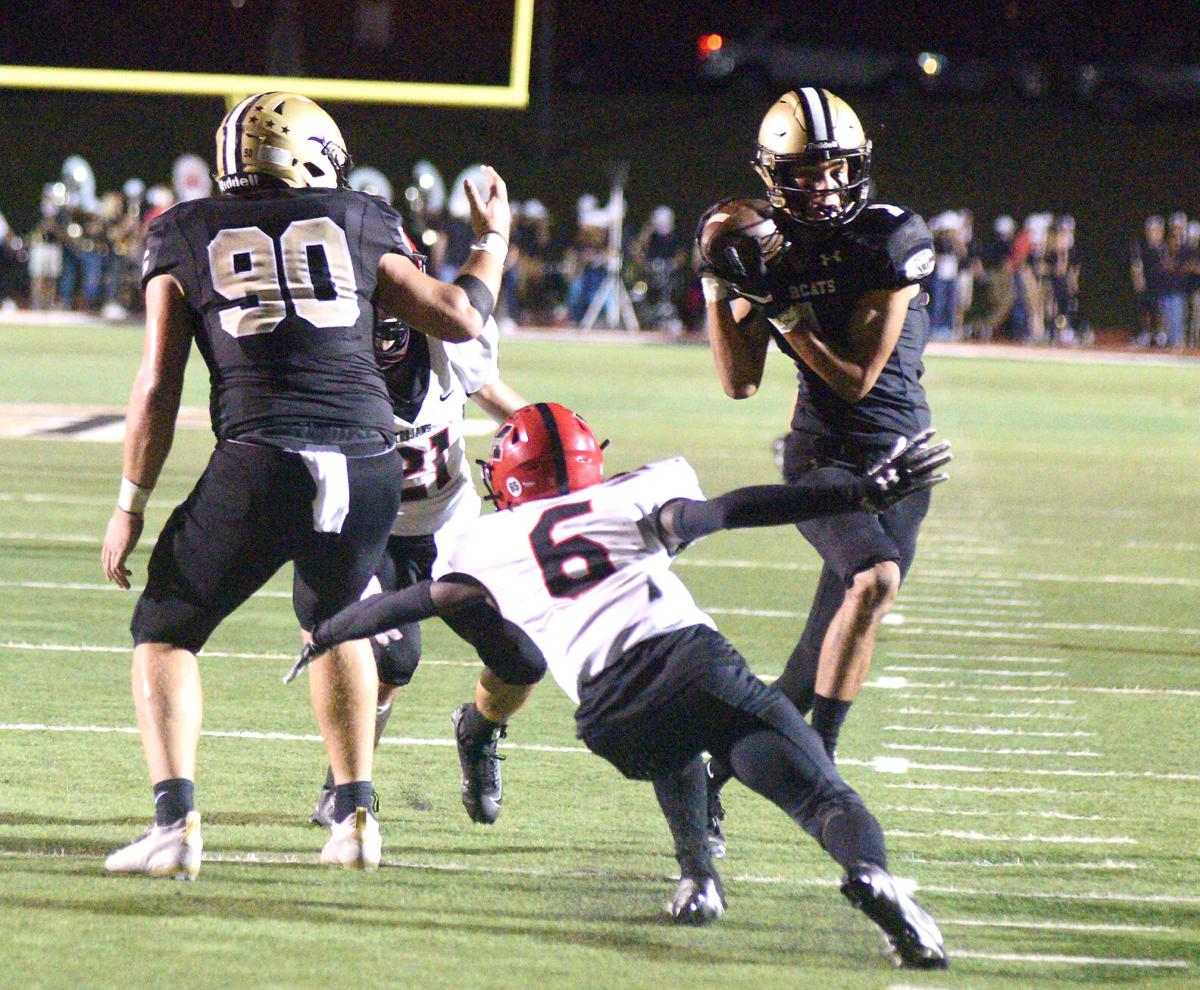 Cullman's Isaiah Jones (1) pulls in a pass tipped by Kaleb Heatherly (90) and takes it in for a touchdown in the first half.

Cullman's Isaiah Jones (1) pulls in a pass tipped by Kaleb Heatherly (90) and takes it in for a touchdown in the first half.

It was a special night for the Cullman Bearcats — special teams night, that is.

“Years from now there’s going to be 20,000 fans saying they were here to see this,” Cullman coach Oscar Glasscock said with a laugh. “I don’t know if I’ve ever seen a better special teams performance in high school football. The kids played with a lot of passion in all phases. They won the game — Muscle Shoals didn’t give us anything. Our kids went out and won that football game.”

Trailing 29-21 with 6:52 to go in the game, Cullman took over at its own 45. Fourteen plays later — including two fourth-and-long plays — the Bearcats found the end zone when Max Dueland followed his center up the middle for a 1-yard score. The play of the drive came when Dueland, on fourth-and-11, rolled to his left and retreated 20 yards before finding his brother, Jake Dueland, for a 15-yard completion to keep the drive alive.

“Muscle Shoals blew that play up from the get-go,” Glasscock said. “But Max kept his composure. He’s a fierce competitor and makes plays in clutch situations. And Jake made some fantastic, hard-earned runs to get yards.”

However, Max Dueland’s pass on the 2-point conversion attempt was batted down, leaving the Bearcats still trailing.

On the ensuing kickoff, Adams popped up a sky kick that was misplayed by the Trojans. Jaden Kay batted the ball back inbounds, and Brodie Malcom recovered the loose ball at the Muscle Shoals 28-yard line. On third-and-10, Jake Dueland ran for 18 yards to give Cullman a first-and-goal from the 10. Two more runs got the ball down to the 3-yard line, which is where Adams came in and calmly booted the game-winner to set off a raucous celebration for those in Black and Gold.

Adams was asked what it was like to be the hero.

“I wouldn’t say that. It was a whole team effort. They were there for me supporting me through the whole thing,” Adams said.

Though he did admit, it was a stressful situation. Once the ball sailed through the uprights as the horn sounded, it was pure joy.

“I was so happy,” he said. “I pointed to my parents in the stands. They’ve always supported me. It’s just crazy.”

Things got started off with a bang as Malcom went untouched for a 92-yard kickoff return for a score to open the game for what was his first big special teams play of the night.

On Cullman’s next possession, the Bearcats caught some good fortune as Kaleb Heatherly bobbled a pass that fell right to fellow wideout Isaiah Jones, who took it 27 yards to the house for a score.

A 25-yard scoring strike from Muscle Shoals quarterback Luke Peoples to Bentley Basden knotted things up at 14 on the ensuing possession, and that score held until halftime.

On Muscle Shoals’ second drive of the third quarter, Cullman’s Cody Lynn blocked a field goal that was returned 70 yards by Kay to give the Bearcats a 21-14 lead.

The win ensures Cullman a first-round playoff game, as it grabbed the second seed in Region 8 behind Athens.