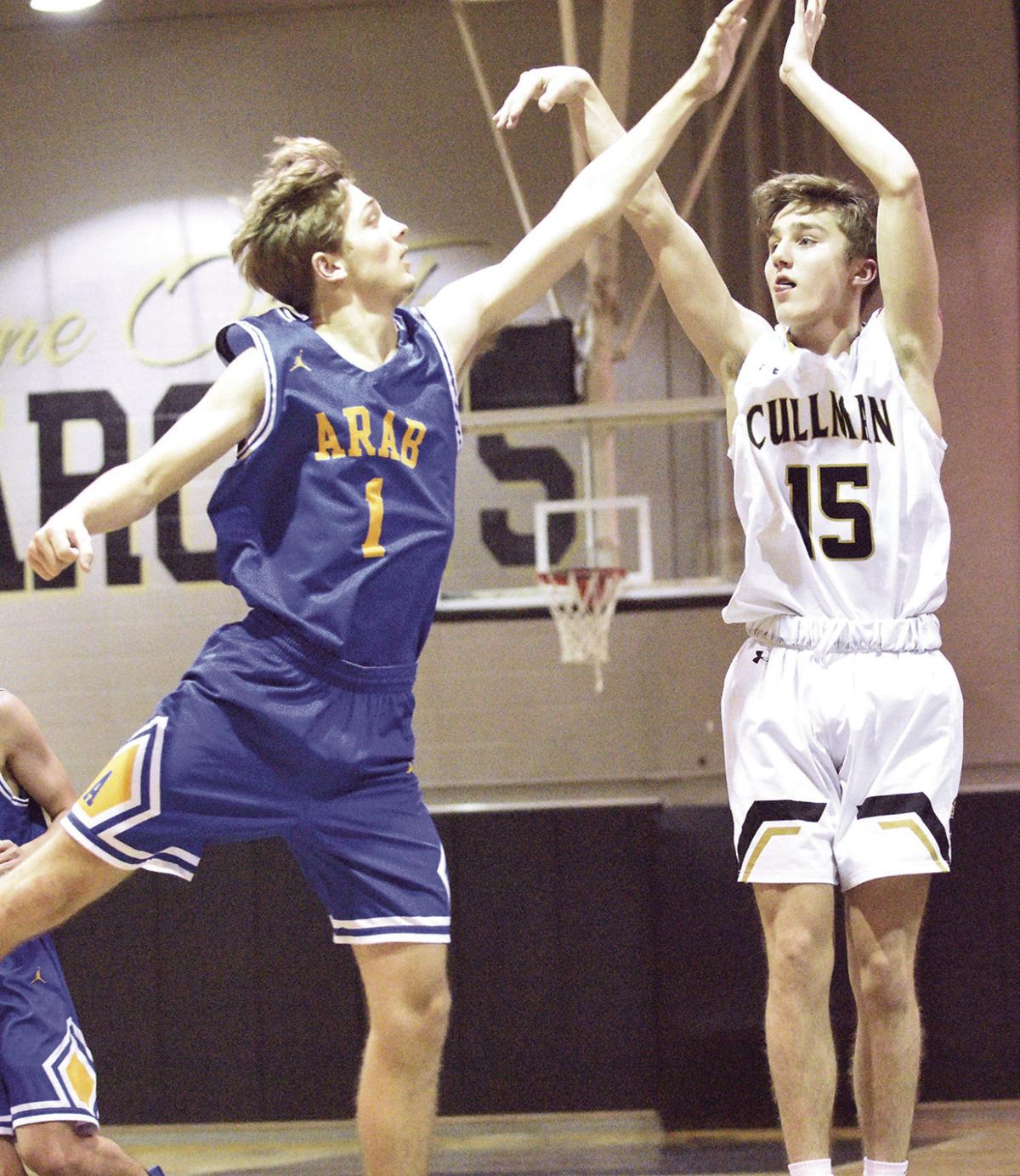 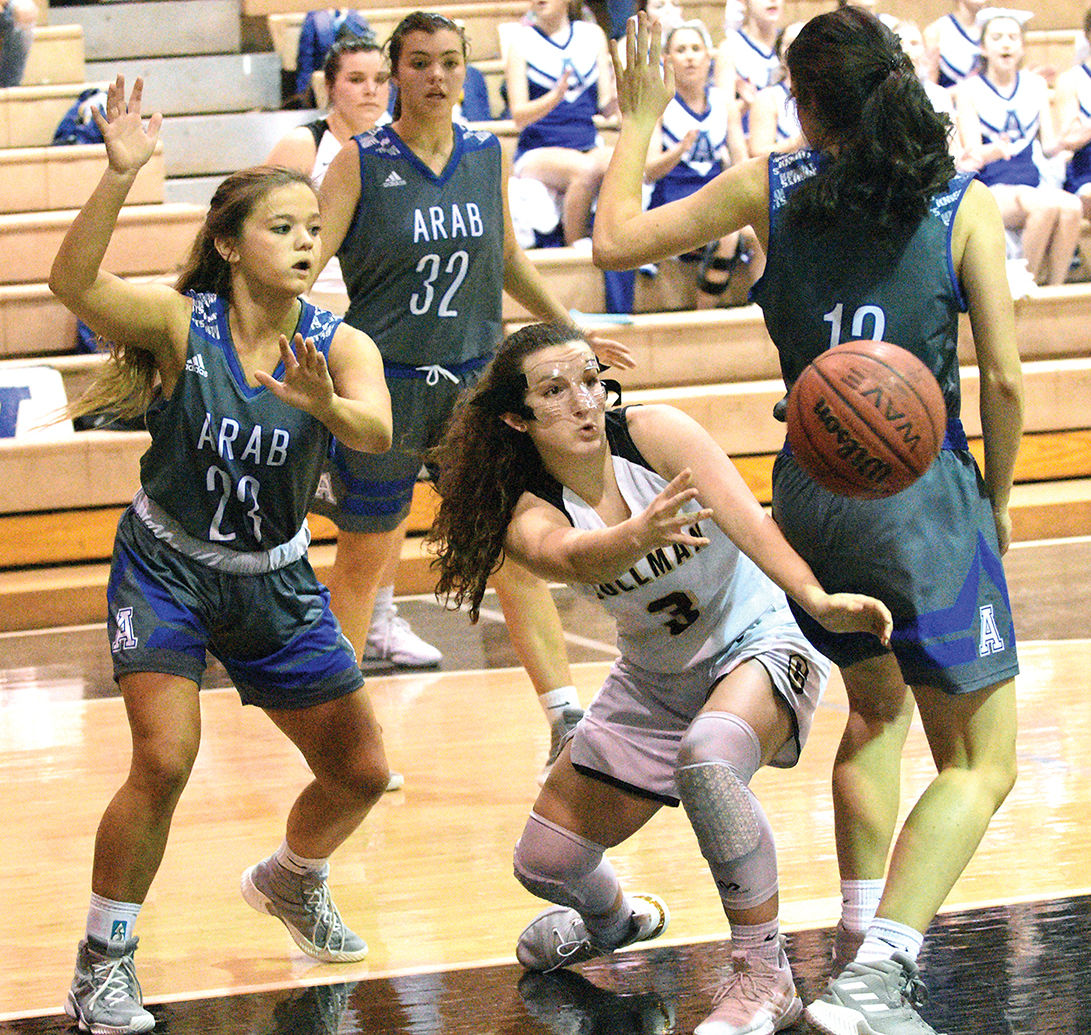 Cullman's Anna Katherine Eastman makes a pass in a crowd on Thursday.

Cullman's Anna Katherine Eastman makes a pass in a crowd on Thursday.

Cullman's varsity girls overcame a 13-point halftime deficit on Thursday to pick up a 56-49 home win against Arab.

Olivia Neal drained three 3-pointers in the frame to help pull Cullman to within three points entering the final stanza.

Sadie Young's long-distance shot with 2:30 left in the game put the Lady Bearcats in front 46-44.

Thanks to some clutch free-throw shooting, Cullman never trailed again.

Coach Josh Hembree's group went 19 for 24 in the fourth quarter at the charity stripe to keep the lead.

Anna Katherine Eastman was a spotless 10 of 10 on her own in the decisive frame.

For Hembree, it was a proverbial tale of two halves.

"We were not ready to play," he said. "We missed a dozen layups in the first half. We executed pretty well ... I was quite pleased with our execution. But we let one play affect the other. That's not something we want to do. We want to be resilient. We want to have a short memory. If we miss a shot, no big deal. We're going to go make the next one. We just compounded our mistakes.

"But the girls came out in the second half, and I thought they were better and more prepared. Olivia Neal got hot there at the start. That gave us a boost offensively. But Arab wouldn't go away. Give them credit. They fought and did what it took to hang in the basketball game. Luckily our girls made some free throws down the stretch. It's a good win for us, but we've got to figure out a way to get ourselves started and play better from the get-go."

Cullman trailed 17-4 after the first frame but closed the gap to 23-22 heading into halftime.

The road squad, however, was able to make a few more plays in the final two quarters.

The Eagles, who fell to 14-8 this season, were led by Landyn Freeman's 11 points.

Katch Johnson poured in a team-high 16 points for Vinemont in the loss.