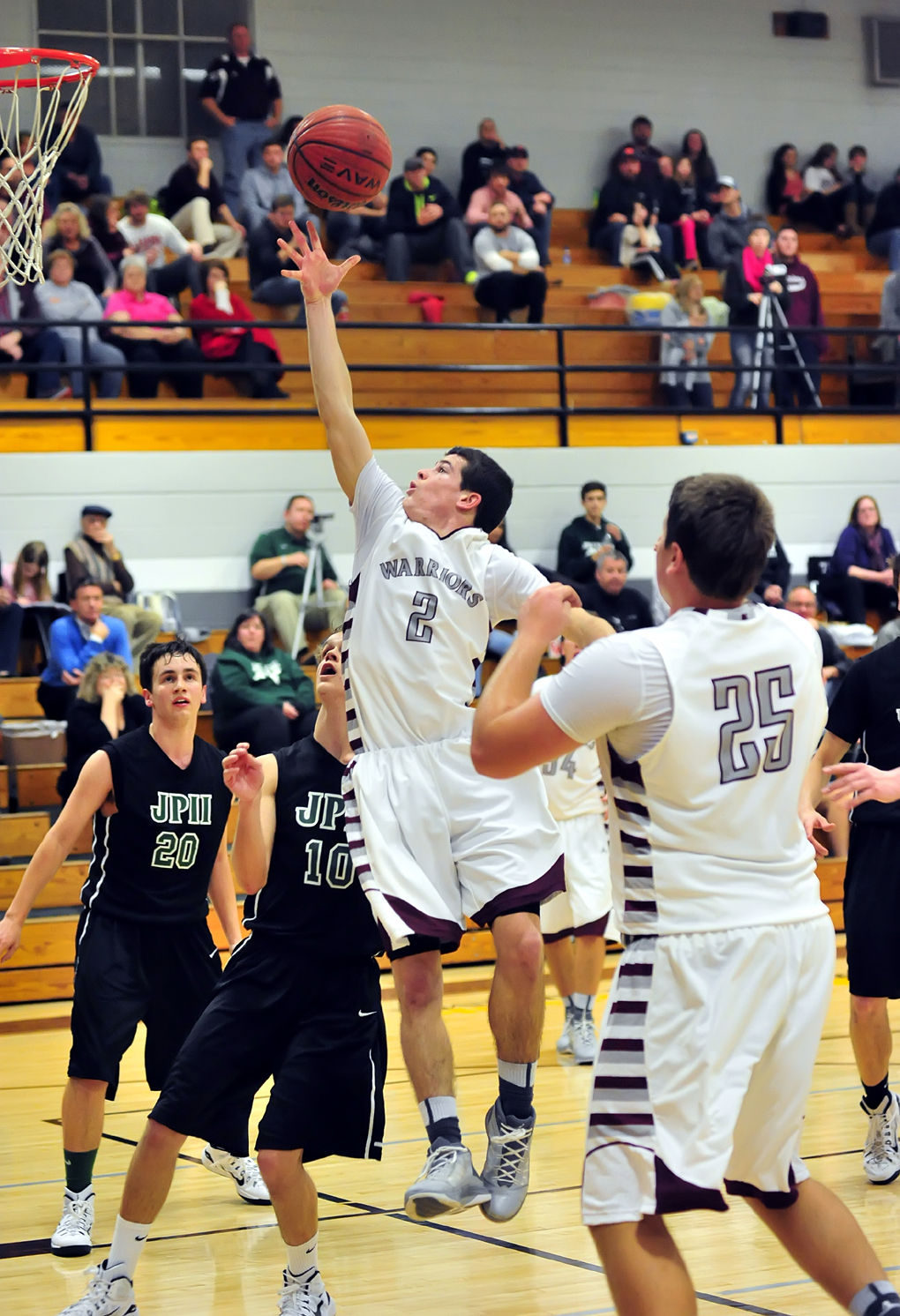 West Point's Bryant Farley drives the lane for a layup. 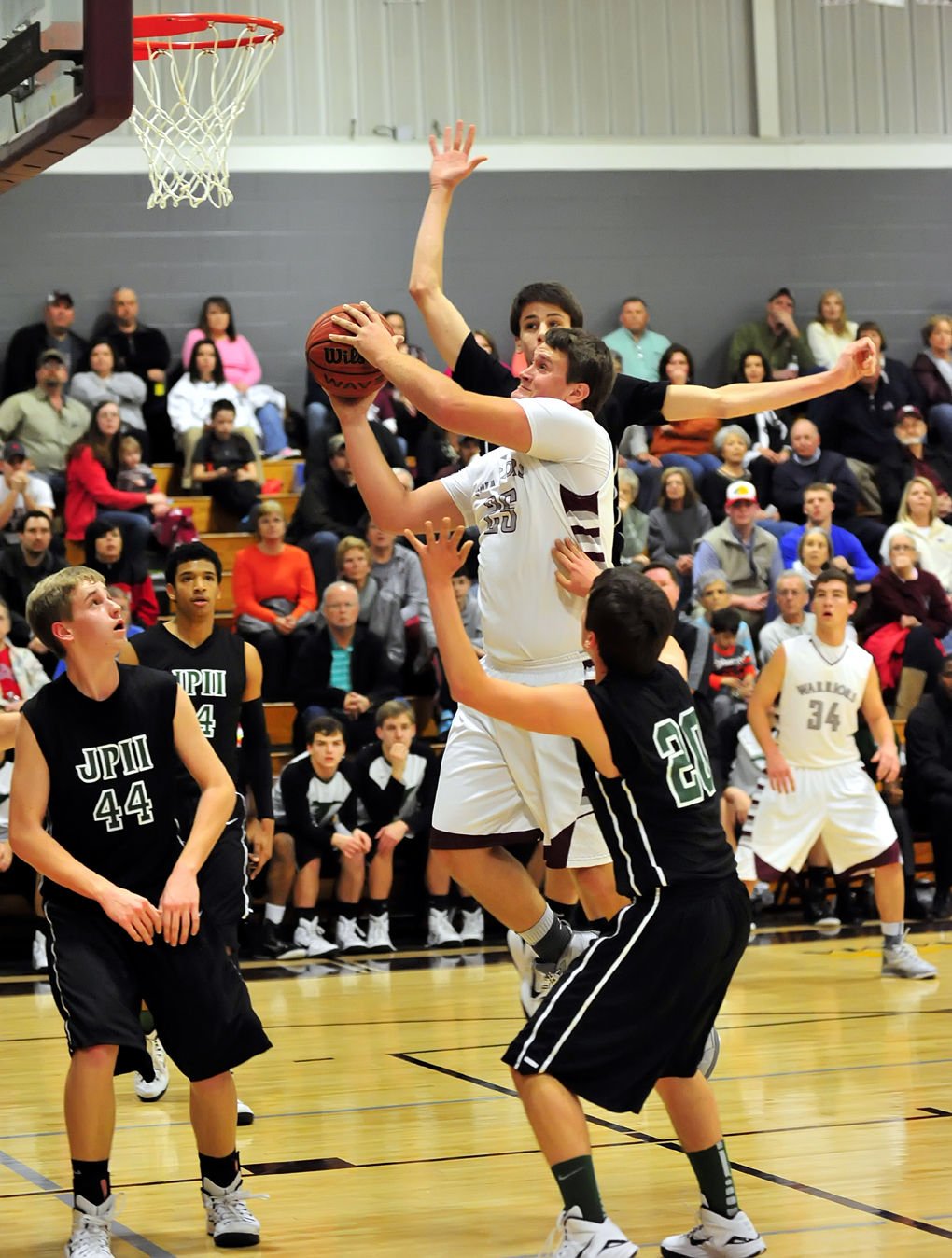 West Point's Ryder Jones goes up for a shot during Tuesday's game.

West Point's Bryant Farley drives the lane for a layup.

West Point's Ryder Jones goes up for a shot during Tuesday's game.

The defeat meant the end of the road for the Warriors, who finished the season 20-11. The Falcons (18-13) advanced to next week’s Northwest Regional Tournament at Wallace State.

West Point led by as many as 11 in the first half and held a six-point advantage with less than two minutes remaining in the game. Both times, though, the Falcons managed to rally.

With St. John Paul II trailing by a point in double-overtime, Matthew Thompson — who scored 15 points — hit a pair of free throws to put the Falcons ahead 45-44. A steal by Trenton Black on the Warriors’ next possession led to a layup with 15 seconds to go for what proved to be the final margin. West Point got a good look at the end, but the shot came up short.

But it will go down as a game of missed opportunities, well before overtime.

Things started a bit slow for West Point, as a frigid first few minutes from the field led to a 9-3 deficit on the scoreboard with three minutes left in the first quarter.

Then, the offense awoke.

A 14-0 run spanning the end of the first quarter and two minutes into the second helped the Warriors take control of the game. Will Wrenn, who scored a team-high 15 points, made two 3-pointers to help key the run, and the West Point defense held the Falcons without a field goal for nearly six minutes.

The Warriors, whose biggest lead in the first half was 22-11 on Levi Laney’s 3-pointer, eventually led 24-17 at halftime. Laney had nine in the game.

It all started going downhill for West Point at the beginning of the third quarter. Reserve Falcon forward Jeffrey English drained two 3-pointers and a layup in a little more than four minutes. A pair of free throws by Mitchell Anderson tied the game at 27-27, and Black’s jumper with 1:10 remaining in the quarter gave St. John Paul II its first lead at 32-30 since it was 9-8 in the first quarter.

The only points for Warriors in the quarter came on a pair of 3-pointers by Wrenn.

West Point seemed to shake off the tough quarter and jumped out to a 40-33 lead with 3:55 remaining in the game. What Warrior faithful didn’t know at the time was Ryder Jones’ layup at the 4:30 mark would be the last field goal of the game for West Point, meaning the team did not make a field goal for the final 12:30.

Still, the Warriors led 43-37 after three free throws from Bryant Farley with 1:55 to. St. John Paul II then made two 3-pointers — one from Zach Marshall and the other from Anderson — within 18 seconds of each other to tie the contest.

West Point had a chance to take the lead with less than a minute remaining, but misfired on the front end of a one-and-one opportunity.

Neither team scored in the first overtime, though West Point had a chance to win at the buzzer on a shot by Jones. The senior, who scored 12 points in his final game as a Warrior, had to fight through contact under the basket to get the shot away, but the ball rolled off the rim.

That led to the dramatic final four minutes.