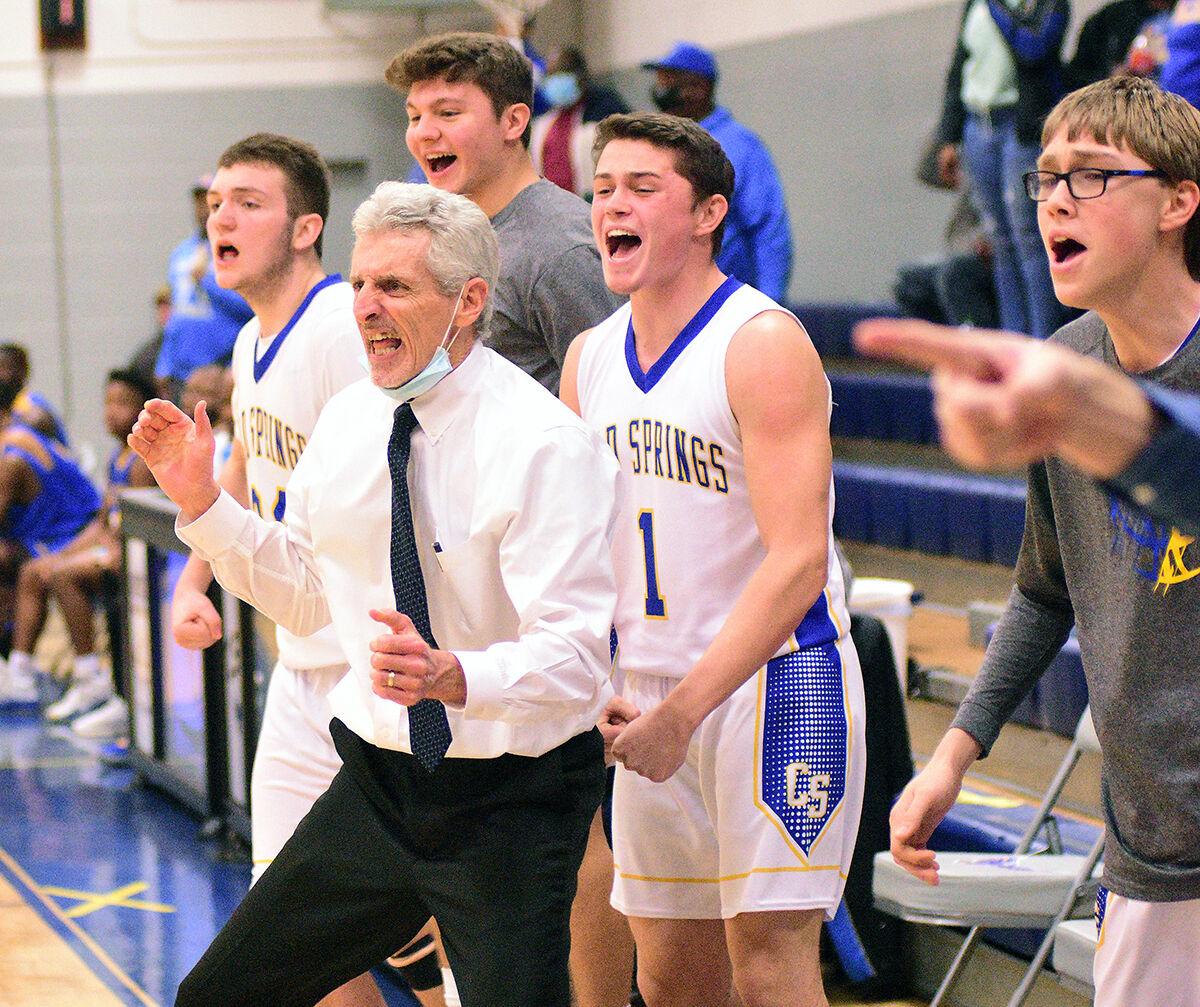 Cold Springs coach Tim Willoughby and the bench get hyped after a bucket on Thursday night. 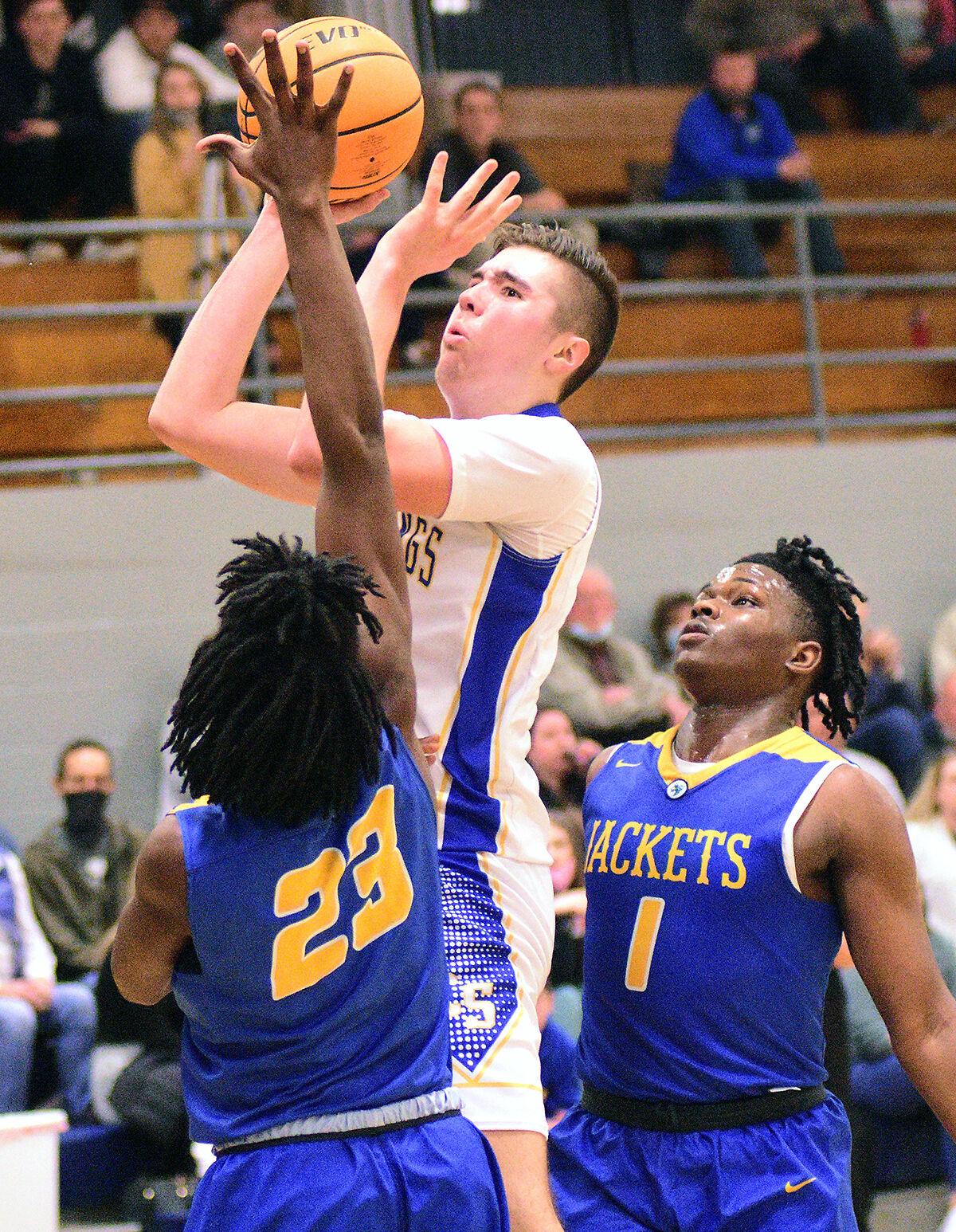 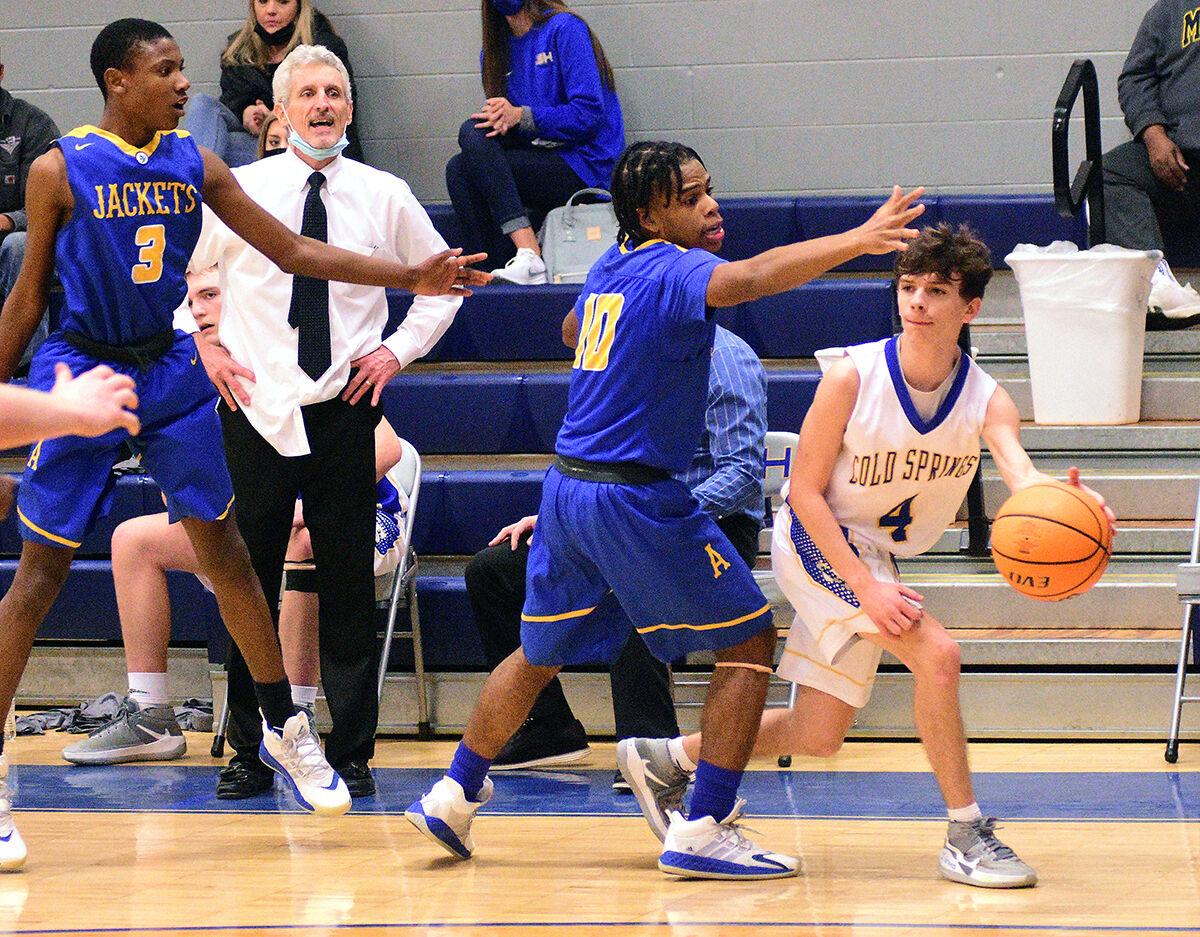 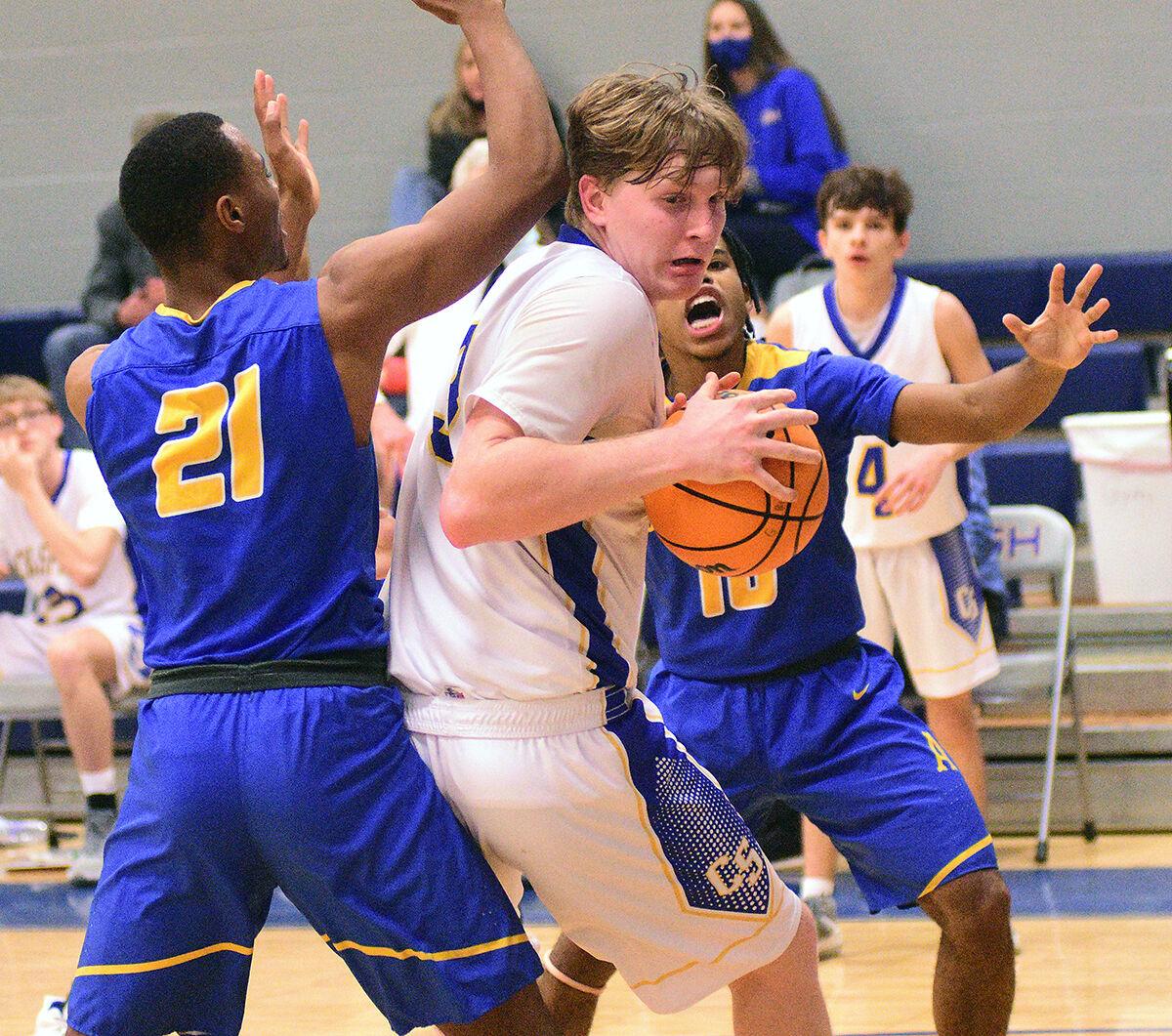 Cold Springs coach Tim Willoughby and the bench get hyped after a bucket on Thursday night.

COLD SPRINGS — Difficult though it was, Tim Willoughby finally got his team to quiet down.

Cold Springs' varsity boys had just given everything they had for their longtime coach — the Eagles were rewarded handsomely with a 47-38 victory over Aliceville in a Class 2A sub-regional outing on Thursday night — and the latter wanted to make sure his postgame message was heard through the excitement.

It didn't take long to get across.

"I said, 'We might get beat, but I will never doubt y'all,'" Willoughby said. "So many times this season it's not looked good for us. But they just ... nose to the grindstone, they just keep playing. That is this team's personality, and I love it, and I won't ever doubt them. Someone's got to put them completely away for this team to fold it up. That's the best quality of this group of boys."

The Blue and Gold got off to a quick start, securing a 10-4 lead midway through the opening quarter.

But the Yellow Jackets stung the Eagles with a 17-5 run to close the first half with a 21-15 advantage.

"You can watch all the film in the world, but you can never get an idea of how fast it is and how high they jump and how aggressive they are going to the glass," Willoughby said. "At halftime, we had to collect ourselves. We were only down six, and we've been down so many times before."

Cold Springs (22-5) indeed collected itself, opening the third stanza with an 8-0 spurt en route to building a 28-26 lead with eight minutes to go.

Hoops by Adam Hill and Seth Williams eventually gave the home team a 35-27 lead before Aliceville fought back to make it 37-33 with 2:41 left.

The Yellow Jackets, however, were whistled for four fouls — three personal and a technical — in a span of 33 seconds down the stretch, and Micah Calvert made them pay.

The senior point guard drained all eight of those attempts from the charity stripe to propel the Eagles to a 45-33 lead with just 1:08 remaining.

That cushion was more than enough.

But that wasn't the only thing it did well.

"I thought in the second half we did a better job of rebounding and handling their diamond press," Willoughby said. "I thought our defense was good all night. But we rebounded better and on those traps, we were sort of able to get it inside where we wanted to get it."

Calvert finished with a team-high 16 points.

Cold Springs will take on Hatton or Mars Hill Bible in the Northwest Regional Tournament semifinals.

Start time for the game — set for Saturday — has not been announced.