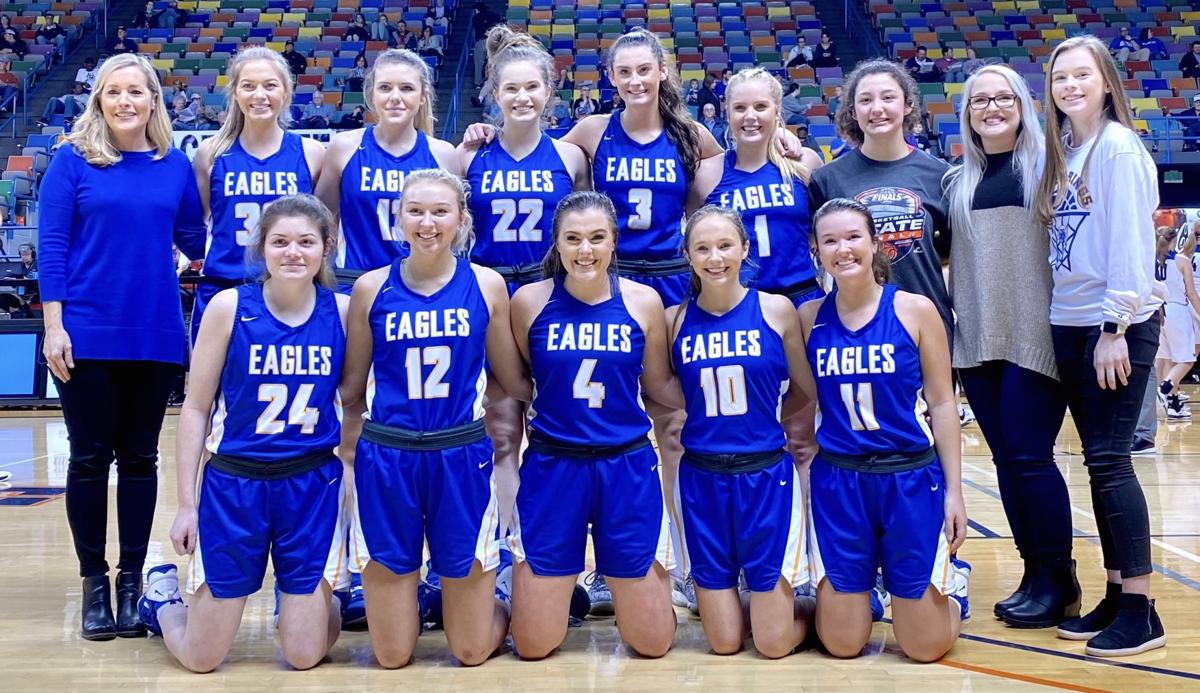 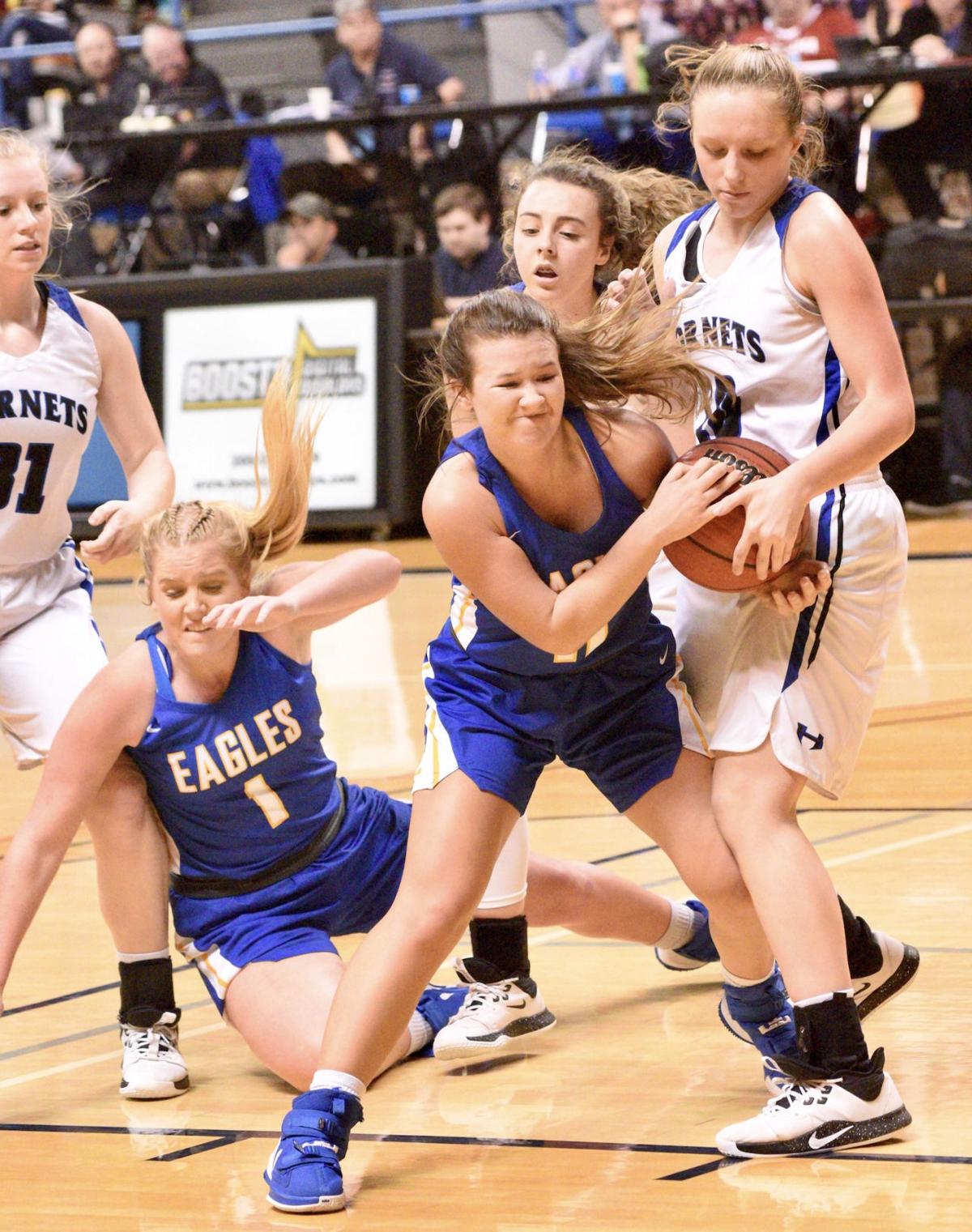 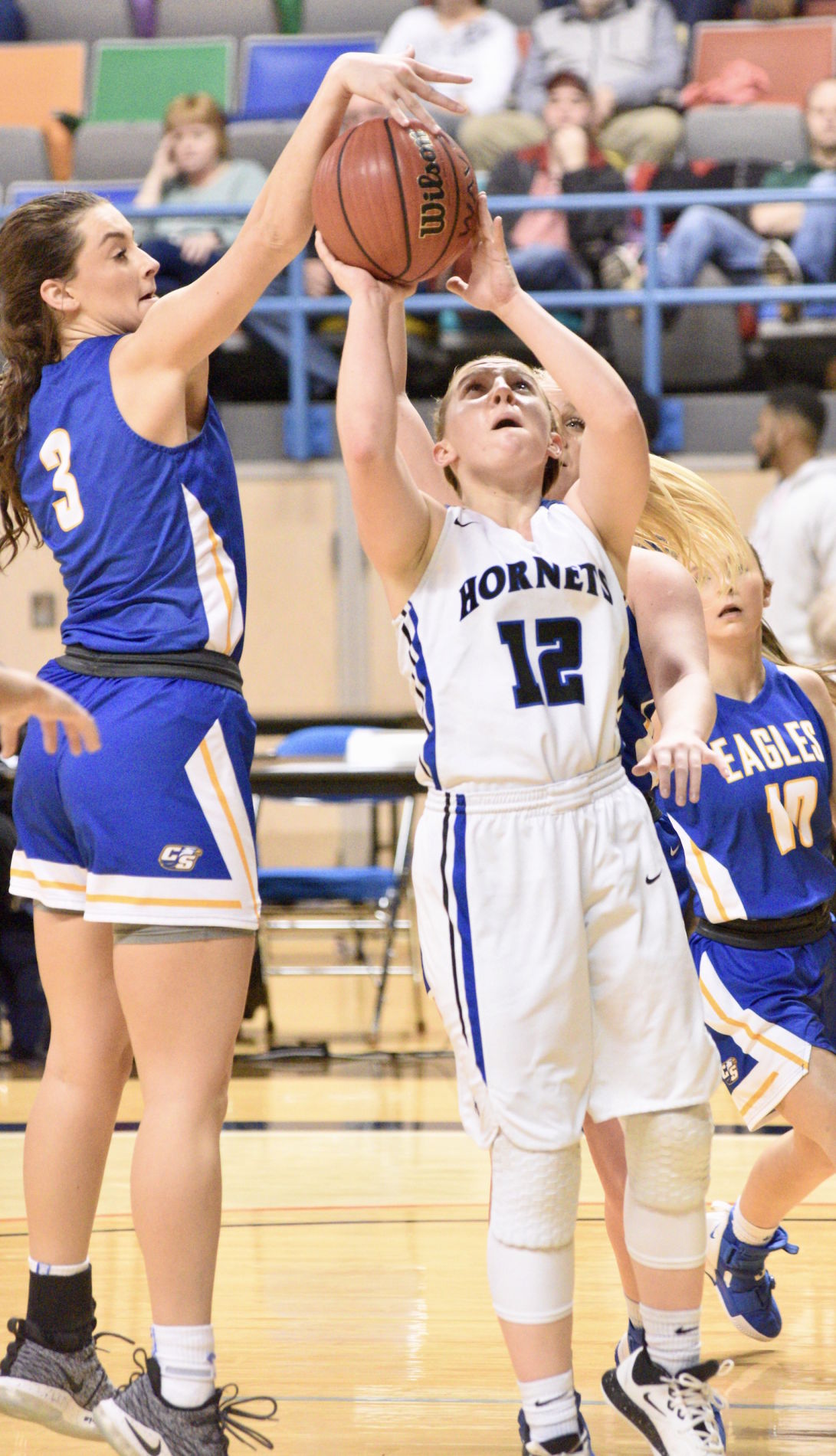 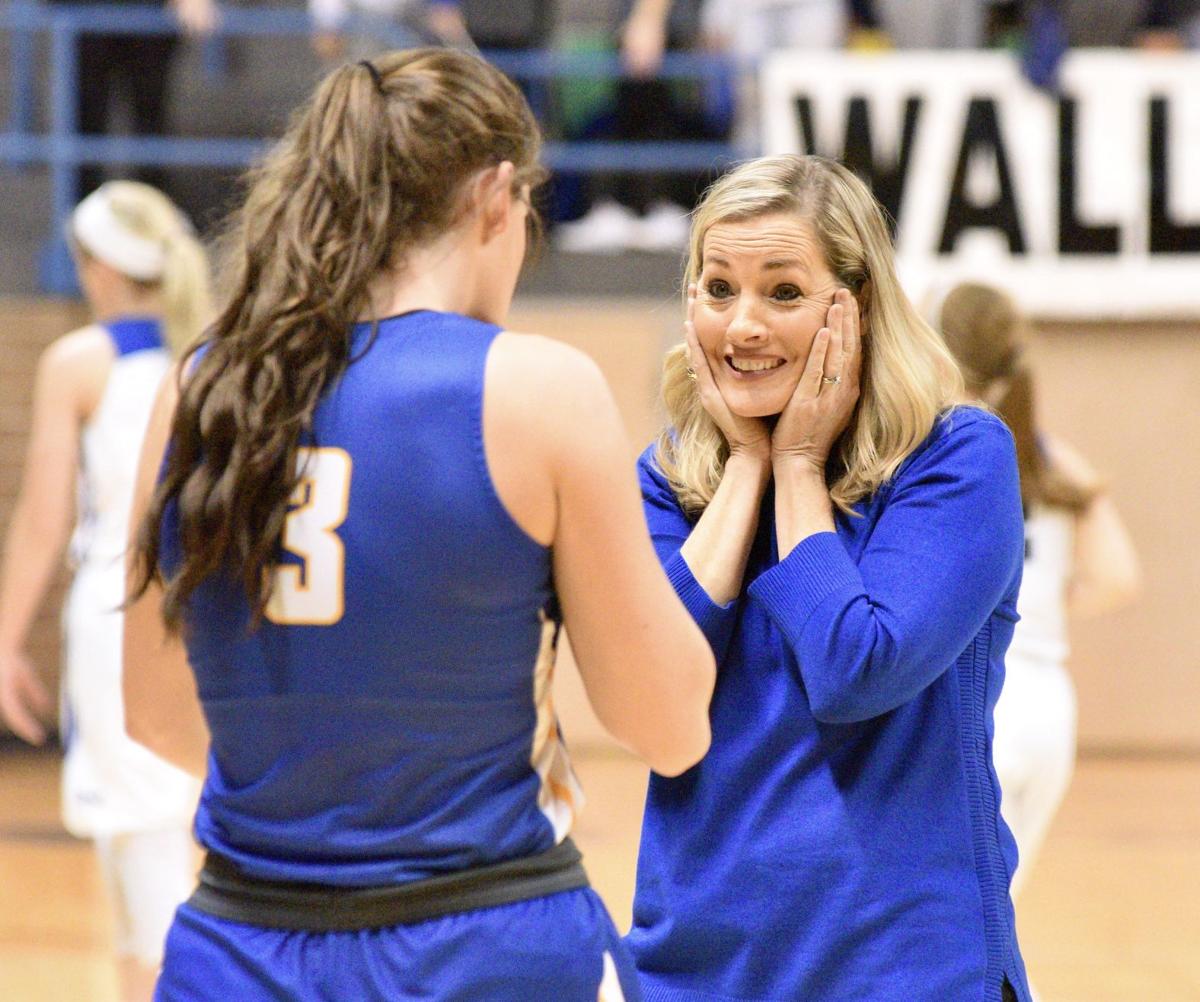 HANCEVILLE — Cold Springs’ varsity girls are heading back to Birmingham.

And while it wasn’t easy, it couldn’t have been much more exciting inside Tom Drake Coliseum.

The Class 2A No. 2 Lady Eagles held off ninth-ranked Hatton 50-47 on Tuesday night to secure the Northwest Regional Tournament title for the second straight season.

“The game was exactly what we thought it would be,” Blue and Gold coach Tammy West said. “We knew it would be a battle. Hatton didn’t get here by not having a great season and great players. They never gave up, and they fought until the end. But I’m very proud of my girls. You don’t want to be remembered by what last year’s team did. These girls are leaving a legacy at Cold Springs for themselves right now.”

The Lady Eagles, however, drained four 3-pointers in the second quarter — accounting for all of their points in the frame — to take a 24-20 advantage into intermission.

Toni West made two, while Neely Ellison and Brooke Crider swished one apiece.

Cold Springs built a 30-23 lead midway through the third quarter before the Lady Hornets reeled off five straight points to cut their deficit down to two with 2:54 left on the clock.

Then came perhaps the most important stretch of the game.

The Lady Eagles answered that aforementioned run with an 8-0 spurt of their own — Hill sank a pair of layups, and Ellison knocked down a 3-pointer and a free throw — to establish their largest cushion of the clash at 38-28.

Hatton, though, punched back with another 5-0 run before Hill drilled a basket as time expired in the frame to put Cold Springs in front 40-33 entering the fourth quarter.

“It felt like we did that the whole game,” West said. “We would make a run, back off, make a run, back off. It was very important to go into the fourth quarter with that momentum. Those two girls (Hill and Ellison) work really hard, and I’m proud of them for being able to help us out there.”

But West’s squad, try as it might, simply couldn’t put the Lady Hornets away.

The Lady Eagles led by seven (49-42) with 40 seconds remaining following two free throws from Ellison, but a 5-0 surge by Hatton’s Kami Kirk pulled her squad within two (49-47) with less than five seconds remaining in the contest.

That, however, was as nerve-wracking as things got for West and Co.

Ellison drained another free throw to put Cold Springs up three, and the Lady Hornets’ half-court heave — which didn’t beat the final buzzer — didn’t scare the basket, either.

Hill and Ellison came up huge for the Lady Eagles in the fourth quarter, combining for nine of the team’s 10 points. Hill and West each garnered key steals down the stretch as well.

“That’s what we work for all the time in practice and outside of practice,” Ellison said. “For those moments like that. To make sure we can step up when we need to step up.”

Ellison corralled a team-high 12 points for Cold Springs and joined West (11) and Hill (10) on the All-Tournament Team. West, meanwhile, was named tournament MVP.

The defending champion Lady Eagles (30-4) will now turn their full attention to Birmingham.

They’ll go up against No. 8 Central-Hayneville or Aliceville in the semifinals on Monday at 6 p.m.

“We’re definitely excited,” Ellison said. “We’ve worked for this all season. Last year, we got to go and experience it. That was the experience of a lifetime, too. I can’t wait for my teammates who haven’t gotten that experience to get it this year. We want to repeat what we did out there.”

Private graveside services for Era Hays, 95, of Holly Pond, are Saturday, April 11, 2020, with a Celebration of Life to be held later. Holly Pond Funeral Home is honored to serve the Hays family.

Lois Smith Ward, of Smyrna, Ga, passed away on April 5, 2020 at the age of 95. She was born in Cullman, AL on November 5, 1924 to Noah S. Smith and Maude Howell Smith. Lois lived in Cullman the majority of her life and when she wasn't there, she couldn't wait to return to her family and frie…

Vera Nell Hamner, 94, passed away on April 7, 2020 at her residence, Aspire Physical Recovery Center at Cahaba River, in Vestavia, AL. She was born in Arley, Alabama, on November 8, 1925, the third child of Lee and Artie Hamner. Nell attended Meek Elementary School and Meek High School and g…

Mr. Delton McElroy, 81, of Cullman passed away Tuesday, April 7, 2020 at his residence. Mr. McElroy served in the United States Army. He was a deacon and member of Northbrook Baptist Church. Preceded in death by his parents, Clifford and Ophelia McElroy; an infant child, Delton McElroy, Jr.;…

Private Graveside Service for David Laverle Buckelew, age 89, of Falkville, will be at 2 p.m. on Friday, April 10, 2020, at Union Hill Cemetery with Randy Key officiating. Cullman Heritage Funeral Home is in charge of arrangements. Mr. Buckelew passed away on Tuesday, April 7, 2020, at the F…