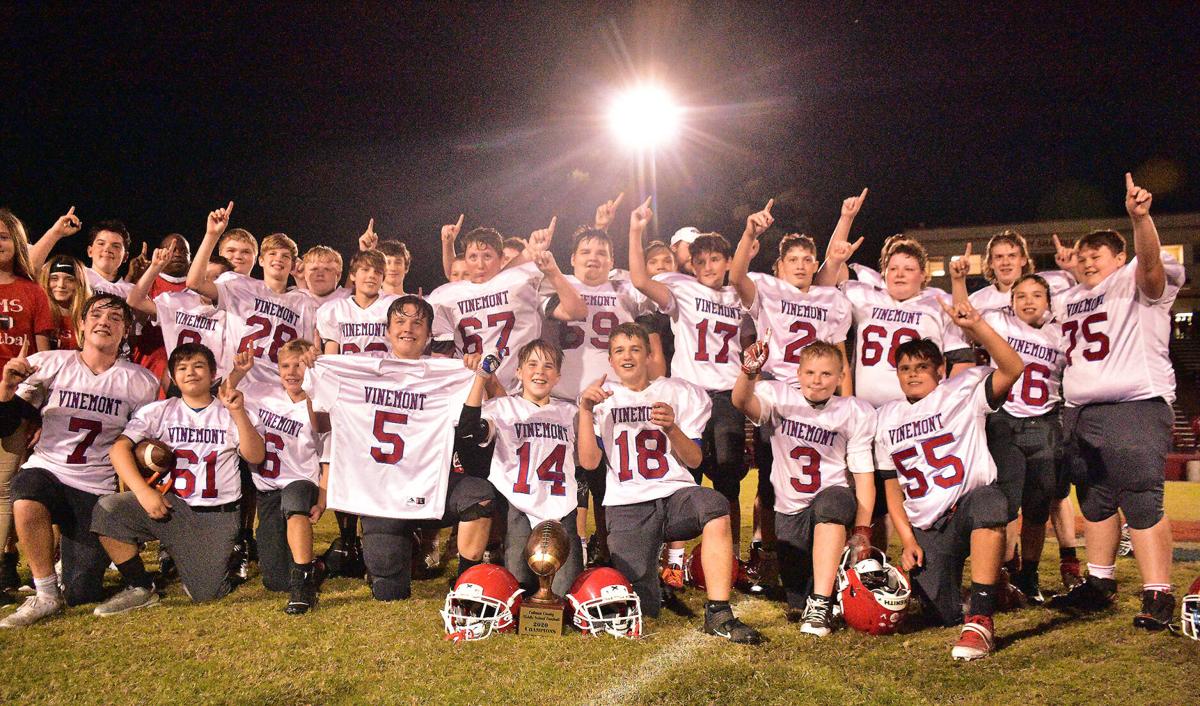 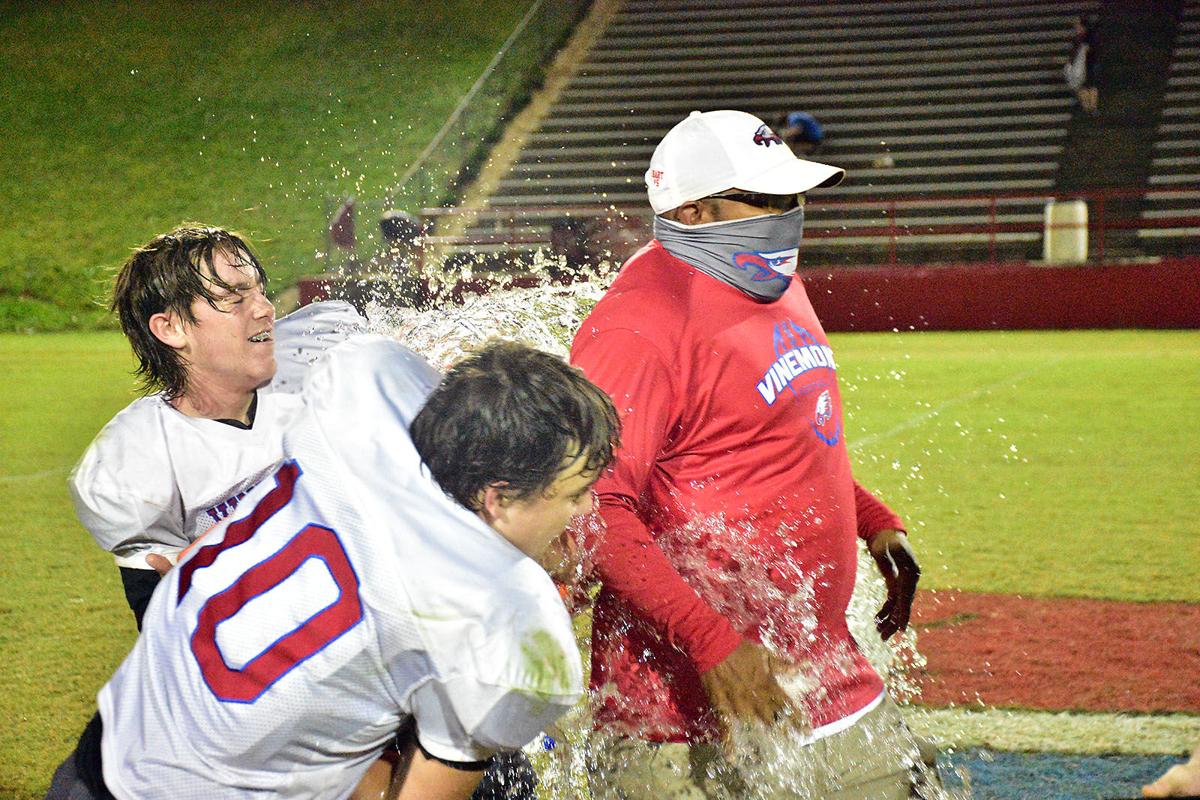 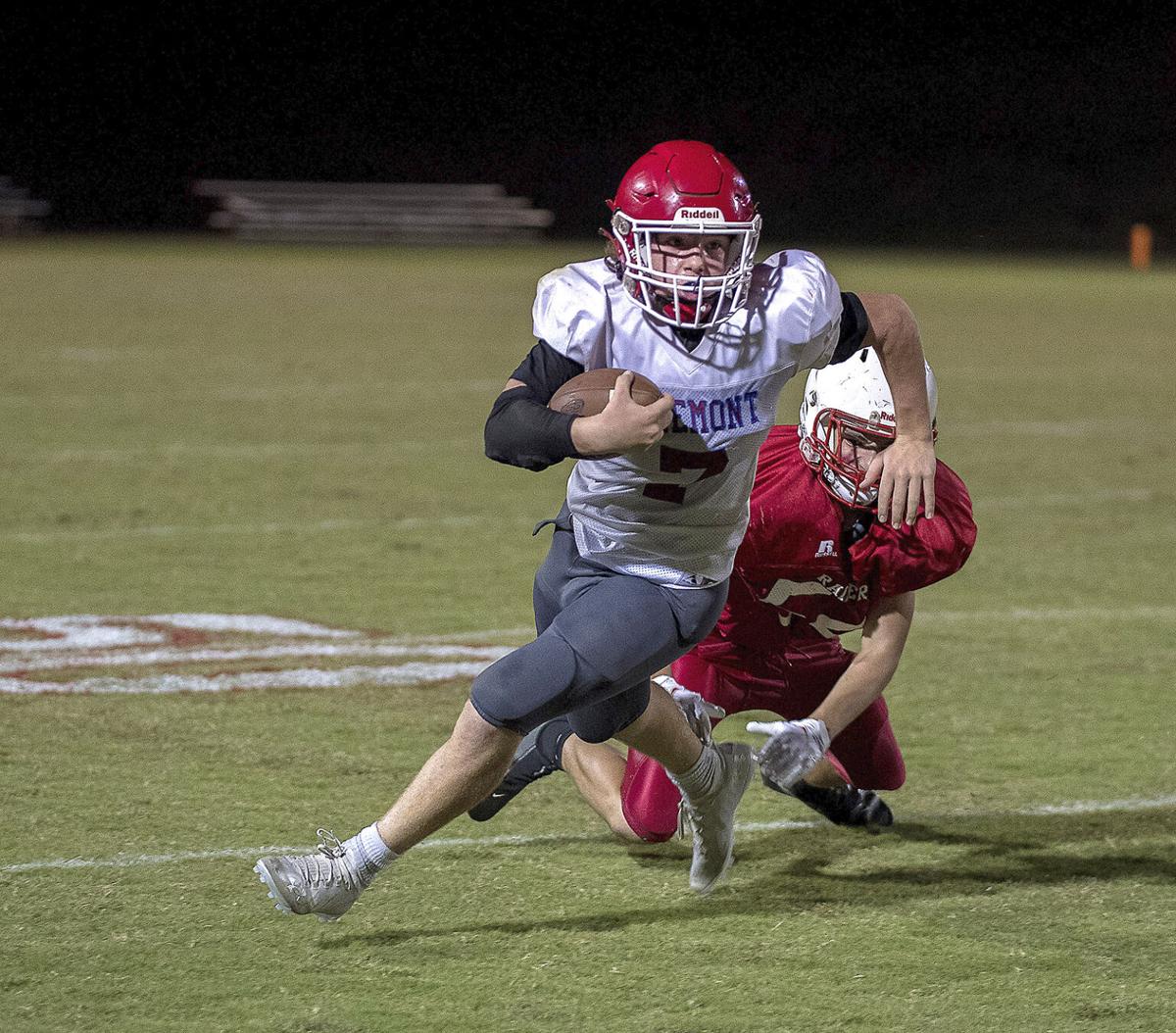 Vinemont’s Kayden Henderson gets around a Good Hope defender during Tuesday night’s game. 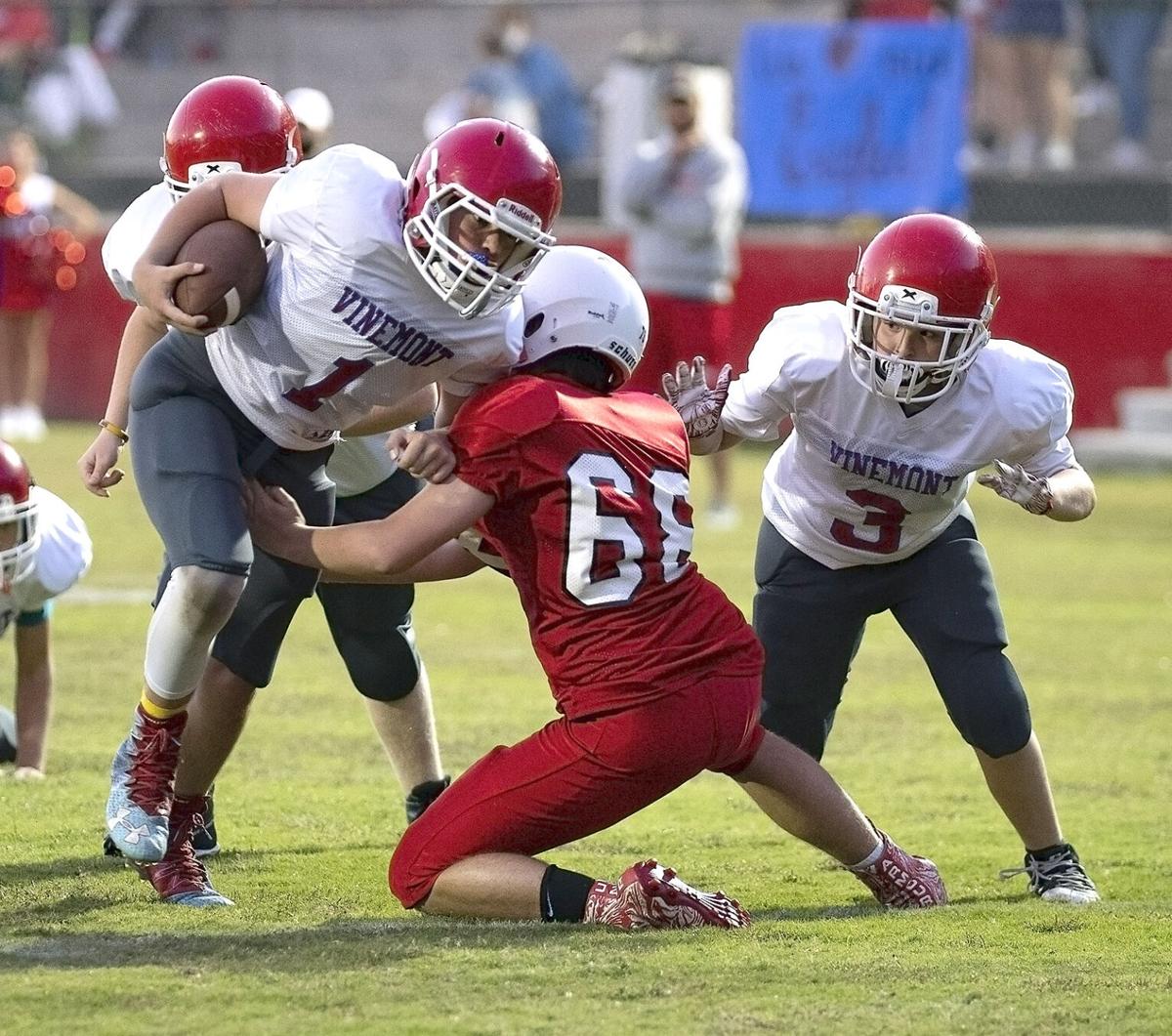 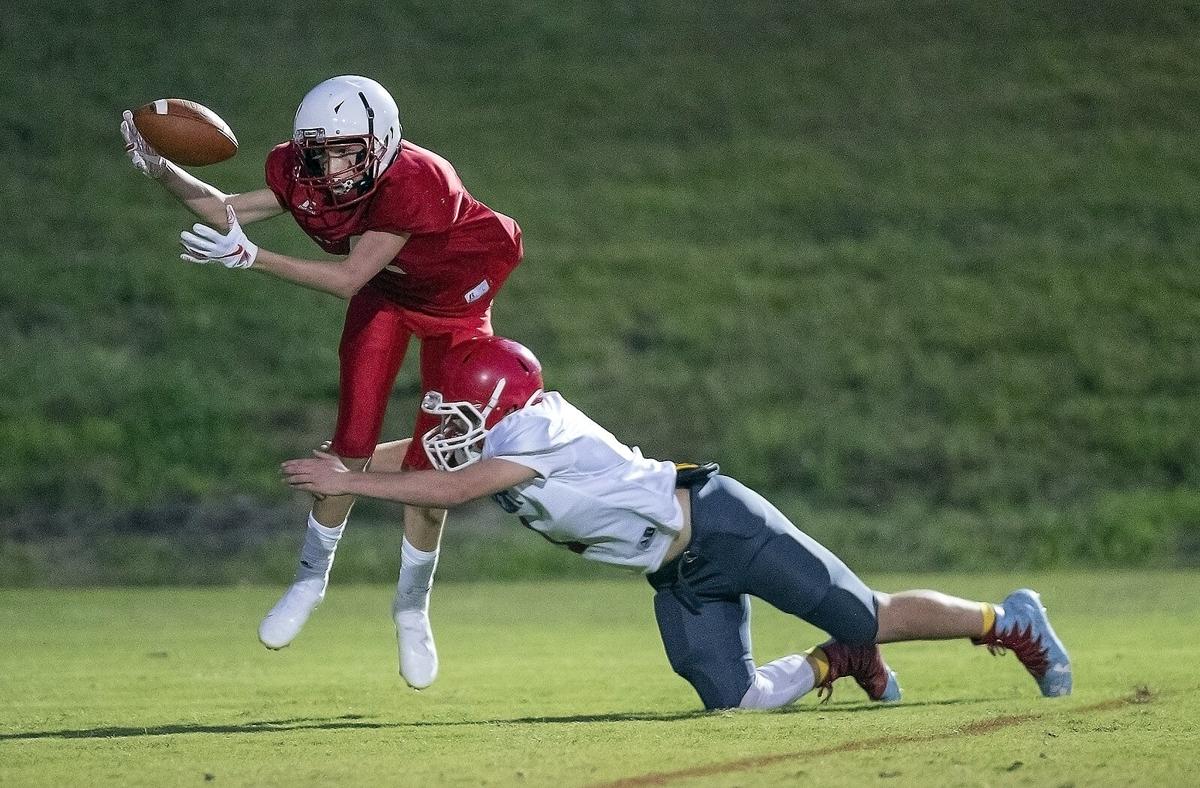 Vinemont’s Kayden Henderson gets around a Good Hope defender during Tuesday night’s game.

GOOD HOPE — Vinemont is back on top.

Behind phenomenal performances from Rush Sandlin and Kayden Henderson, the Eagles outlasted Good Hope 30-22 inside James W. Shabel Stadium on Tuesday night to secure the Cullman County middle school title for the first time since 2015.

The Eagles, who lost to Good Hope and West Point to open the season, reeled off five straight wins to cap off their campaign with a 5-2 record. They avenged both losses en route to the championship.

The Raiders, meanwhile, finished the season at 6-1.

Vinemont seized a 6-0 lead in the first quarter following a 7-yard touchdown run by Sandlin.

Good Hope, however, answered on its ensuing possession, tying the matchup on Landon Bagwell's 19-yard scoring scamper in the second frame.

Henderson, though, put the Eagles in front on the next offensive snap, galloping 53 yards for the TD.

Sandlin's 2-point conversion put Vinemont ahead 14-6, a cushion it held at halftime.

The Eagles extended their lead following an interception by Sandlin to open the second half that was taken advantage of three plays later on Henderson's 20-yard touchdown dash. Sandlin tacked on the 2-point conversion, and Vinemont led 22-6.

But the Raiders weren't about to quit.

Vinemont, though, was undeterred, punctuating a clutch, nine-play drive with a 1-yard touchdown run by Sandlin, who added the 2-point conversion to put the Eagles ahead 30-14.

The Raiders, however, responded right away with Tyler Cone's 75-yard kickoff return for a score.

Malin added the 2-point conversion, and Good Hope once again trailed by eight (30-22).

The Raiders then forced a three-and-out and drove the ball to Vinemont's 17-yard line, where they faced a fourth-and-3 with 4 seconds left in the contest.

But Henderson sealed the game with an interception at the goal line, returning it to midfield as the celebration began for the Eagles.

Henderson finished with 146 yards and two scores on 20 carries.

Cone had 47 passing yards and 47 rushing yards for Good Hope.

See below for quotes for note:

% Ed Webb, Vinemont: "These guys had a purpose all year long. Win or lose, their purpose was to play for Christian Hart. He passed away last year, and that's been their mission this whole time. I told them to play their hearts out, because they are playing for something bigger than themselves. And they knew what it was. It was Christian. They never gave up. They could have checked out after those first two losses, but they didn't. Our whole drive this year was to play for Christian."

% Rush Sandlin, Vinemont: "It's a team effort. Kayden and I try our hardest to get in the end zone. Our linemen blocked well. It's an exciting experience. With us, it's don't let off the whole time until we get to the end and know we've got it. Later on, this will be a memory for all of us."

% Kayden Henderson, Vinemont: "It's great. I played for Chris. My line blocked, and I'm proud of my team. It felt great. I have something to talk about when I'm older now."