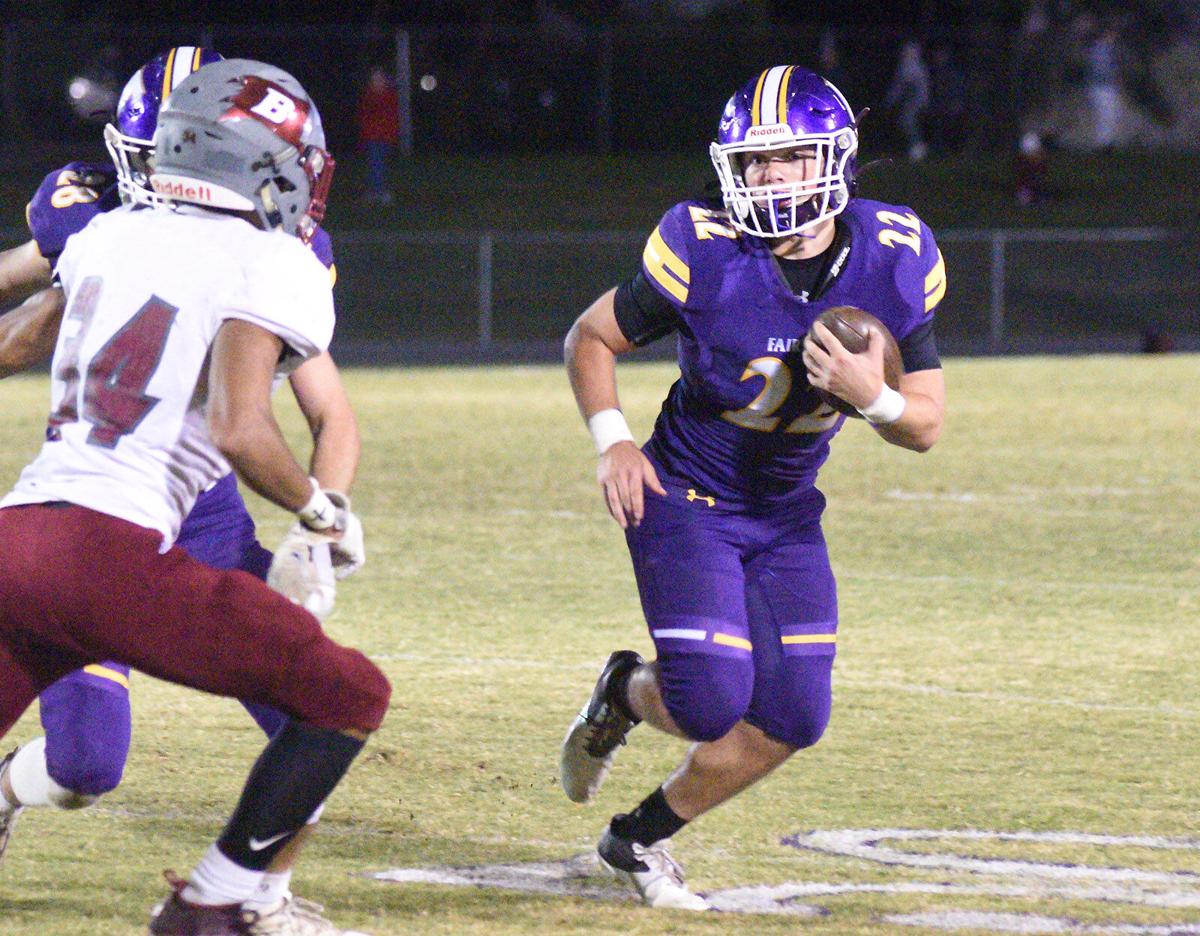 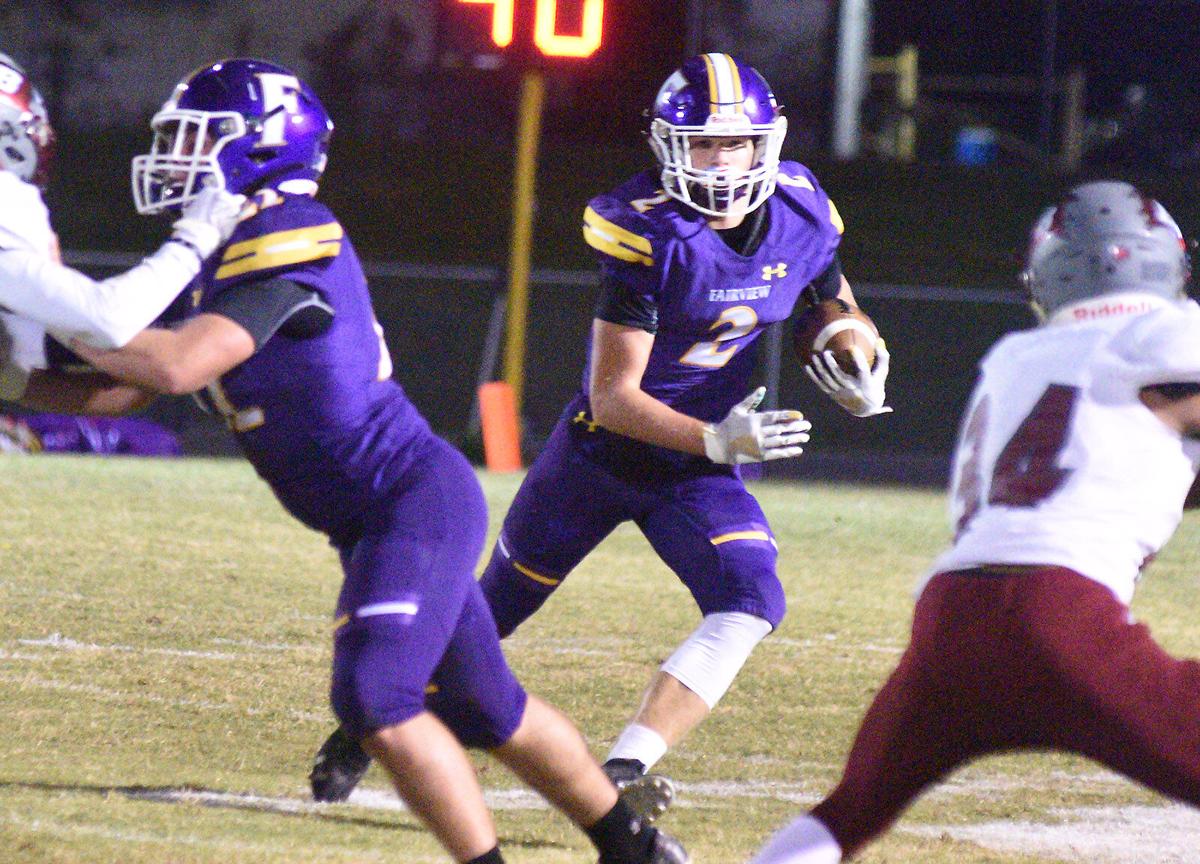 Fairview’s Caden Jennings works his way up the field Friday night against Boaz. 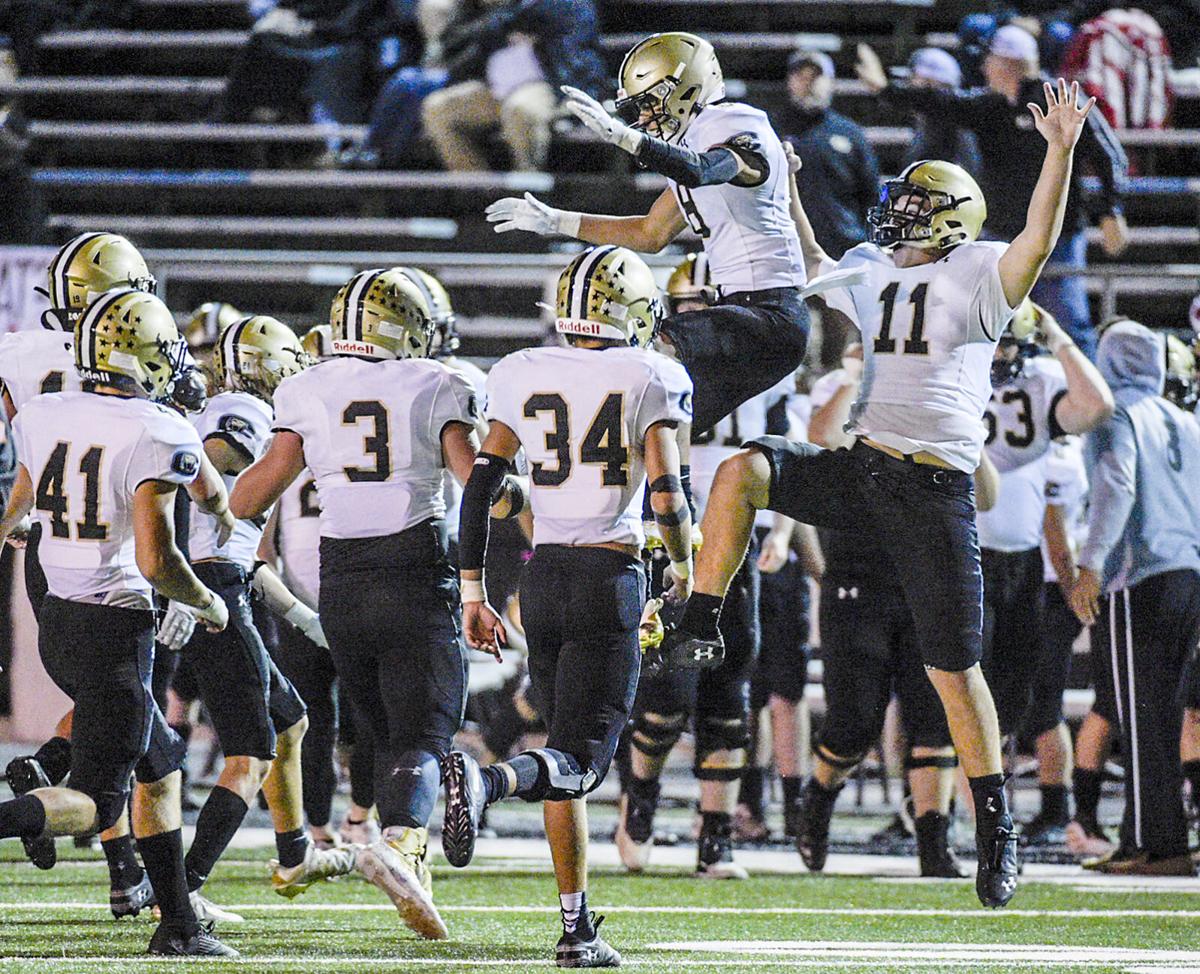 Cullman players celebrate after recovering a fumble during the game in Decatur on Friday. 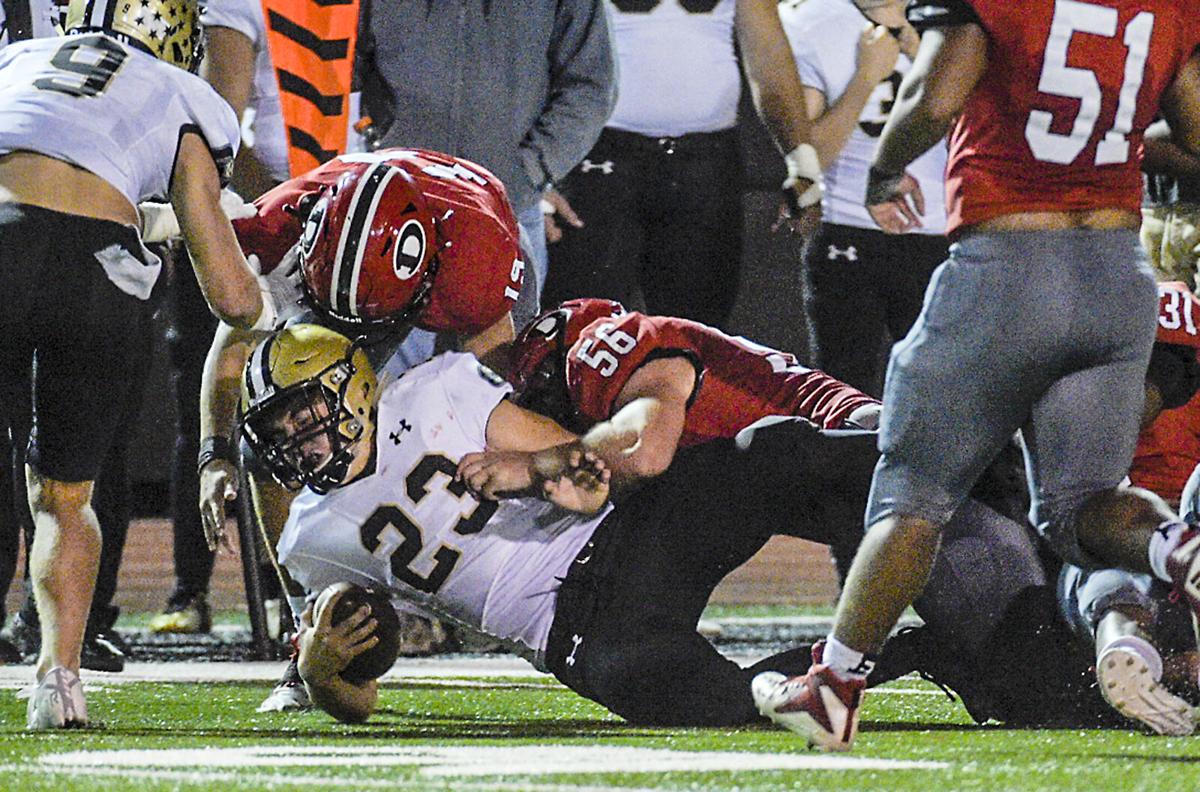 Cullman's Tyler Owens (23) gets a first down as he's tackled by Decatur defenders during the game in Decatur on Friday.

Fairview’s Caden Jennings works his way up the field Friday night against Boaz.

Cullman players celebrate after recovering a fumble during the game in Decatur on Friday.

Cullman's Tyler Owens (23) gets a first down as he's tackled by Decatur defenders during the game in Decatur on Friday.

Fairview inched closer to hosting a playoff game for the second straight season after prevailing in a thrilling 33-21 win over Boaz at Dafford Smith Stadium on Friday night.

Parker Martin and Tyler Simmons each had a pair of rushing touchdowns, and the Aggies overcame an early 14-0 first-quarter deficit.

Tyler Simmons intercepted Boaz on its ensuing possession, and the Aggies made it count.

Simmons ran in from 5 yards out for a touchdown minutes later. He also added the 2-point conversion on the ground, notching the game at 14-all.

Fairview capped a 20-point stretch with 39.2 seconds remaining before half on a Bryson Chamness 12-yard touchdown reception.

Fairview had the deciding answer, though, closing the game with a pair of scores.

Martin reclaimed the lead for the Aggies on a 15-yard touchdown run with 5:27 remaining.

After Boaz turned the ball over on downs on its next possession, Fairview milked more than three minutes off the clock and sealed the Region 7 victory on a 7-yard score by Simmons with 1:01 left in the game.

Fairview’s Caden Jennings intercepted Boaz on its final possession for good measure, securing the first win for the Aggies in the series in nine tries.

"Total team effort,” coach George Redding said. "It took everybody. We had a slow start, but the guys battled back and didn’t quit. We had a good second quarter and played really well in the second half. We controlled the line of scrimmage in the run game and made some big passes when we needed to. Defensively, we played well from the second quarter on. I’m proud of the guys."

After a host of close calls this season, West Point is in the win column.

The Warriors (1-5, 1-3) orchestrated a quick 14-0 advantage in the first quarter and led throughout in a Class 5A, Region 7 victory.

“We knew it wasn’t going to be easy. Our guys had a good week of practice and have done a great job of staying positive when we could have hung our heads,” said West Point coach Don Farley. “It’s always a positive to go on the road and earn a region victory. I’m proud of our guys.”

West Point opened the game with a pair of touchdowns through the air. Carter Thornton hooked up with Jacob Dye for the initial touchdown, and Will Cochran added one to Branson Smith in the first quarter.

Crossville answered with 12 consecutive points before West Point’s Kelton Washington scored a 2-yard touchdown with 1:23 to go before the half for a 21-12 lead.

Washington and Cochran added rushing touchdowns in the second half.

Cullman scooted out to a quick 14-0 advantage in the first quarter behind a 33-yard touchdown run from Jake Dueland and a Noah Kee 4-yard plunge.

Decatur closed the first half with 10 points over a 28-second stretch, kicking a field goal and cashing in a touchdown after a successful onside kick.

Cullman led 21-10 at the half. Neither defense yielded points in the second half.

Cullman’s defense has allowed 10 or less points in five of seven games this season, including three shutouts.

The win was Cullman's 600th in program history.

Addison’s Christian Roberts couldn’t be contained Friday night, accounting for five touchdowns, including four on the ground, as the Bulldogs breezed past Cold Springs at A.G. Hicks Stadium.

Roberts had touchdown runs of 35 and 20 yards in the first quarter, and added a 42-yard touchdown strike to Justin Mather with 8:28 remaining in the second quarter.

Roberts closed Addison’s offensive fireworks in the first half with a 5-yard score and busted out for a 55-yard touchdown with 38 seconds left in the third quarter.

Nelson Hernandez added a 3-yard touchdown plunge for Addison in the third quarter.

For Cold Springs, Seth Williams and Brody Peppers each had a rushing touchdown.

Vinemont’s Colby Miller registered a pair of fourth-quarter touchdowns in the Eagles’ Class 3A, Region 6 loss to Winfield on Friday.

After clinging to a 14-6 lead at the half, Winfield pulled away in the third quarter, scoring two touchdowns over the final 4:56 of the third stanza for a 28-6 cushion.

The Eagles, playing in their first game since Sept. 11, opened the game with a 6-0 lead after a Brodie Curvin touchdown.

The Bulldogs dropped to 1-5 overall and 1-3 in Class 4A, Region 6 play following Friday night’s road loss to the Redskins.

Hanceville’s Bo Joles accounted for all three of his team's touchdowns.

The Bulldogs host No. 10 Etowah next week.