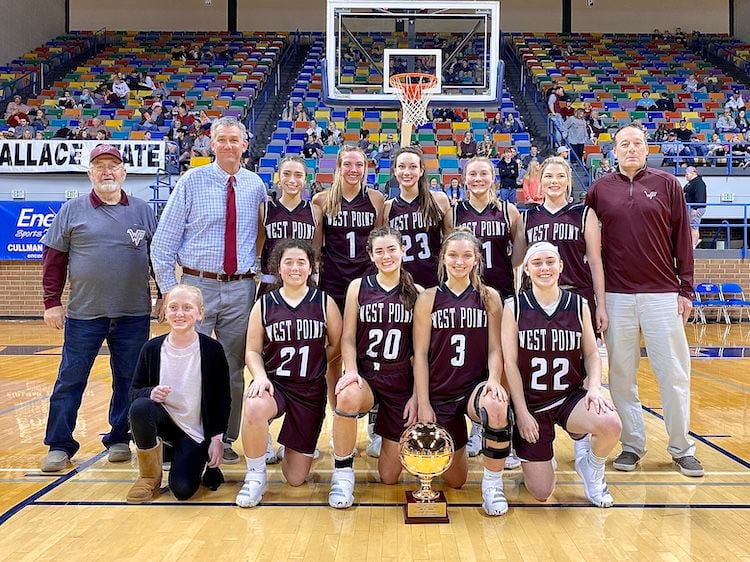 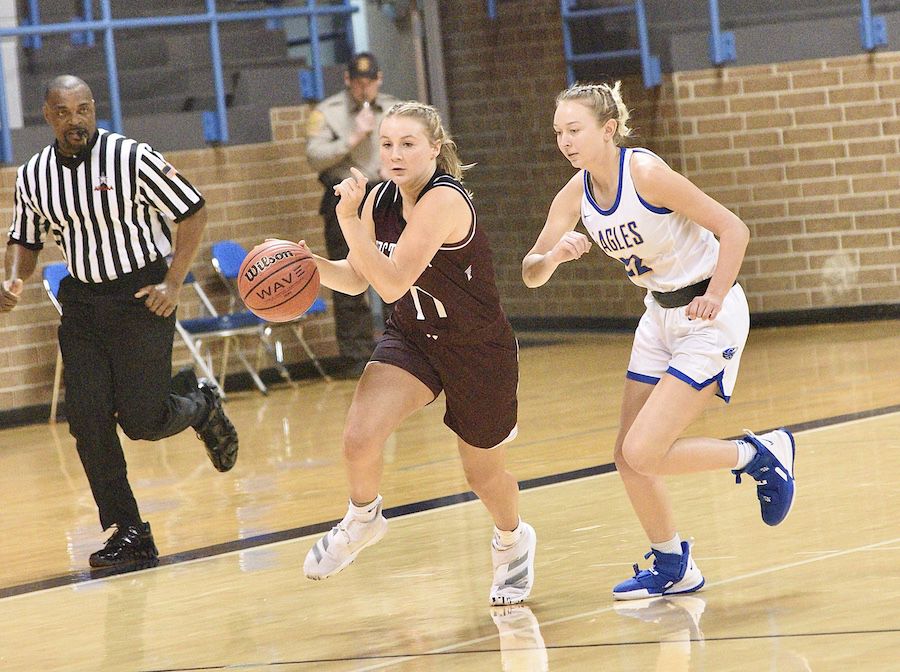 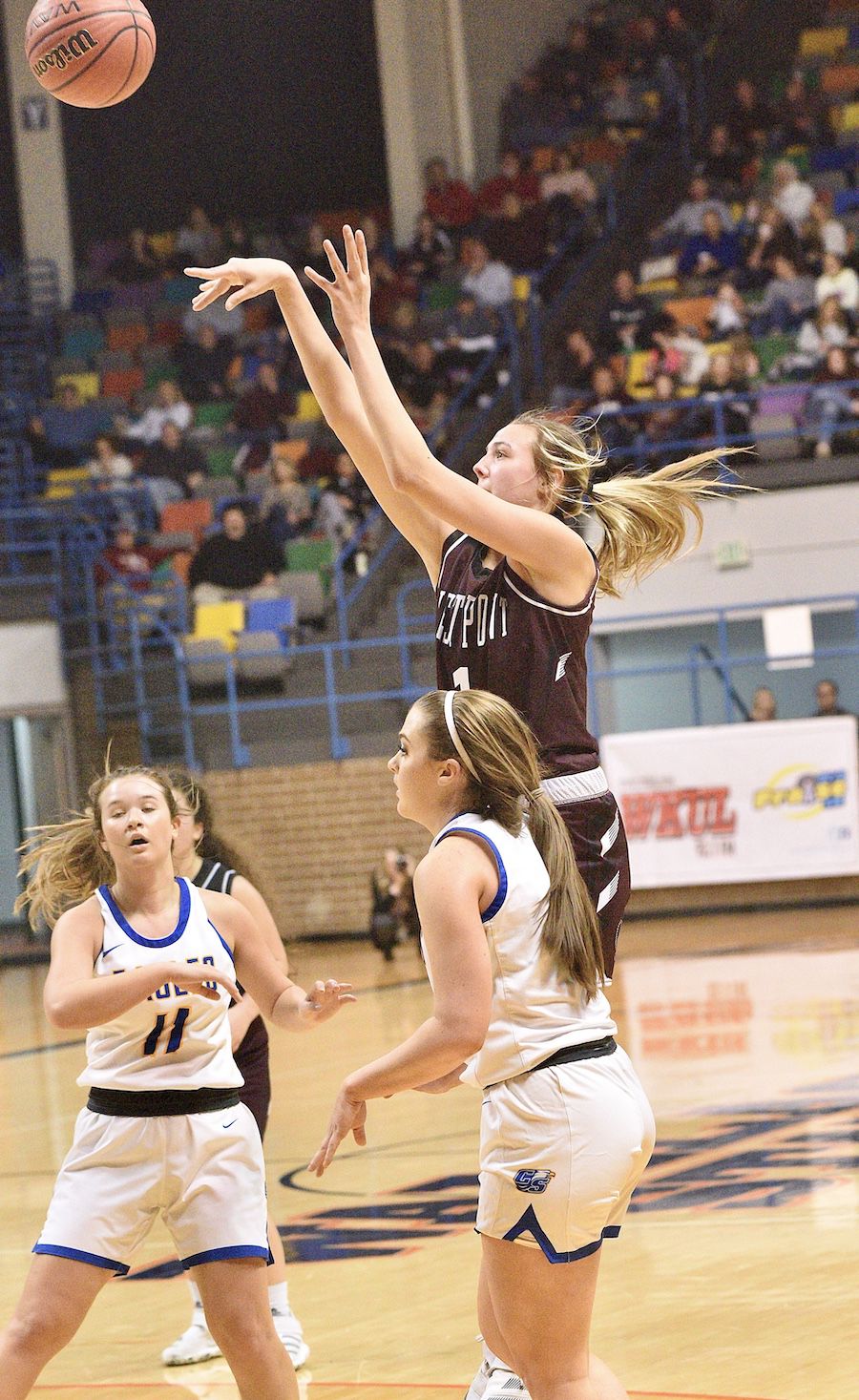 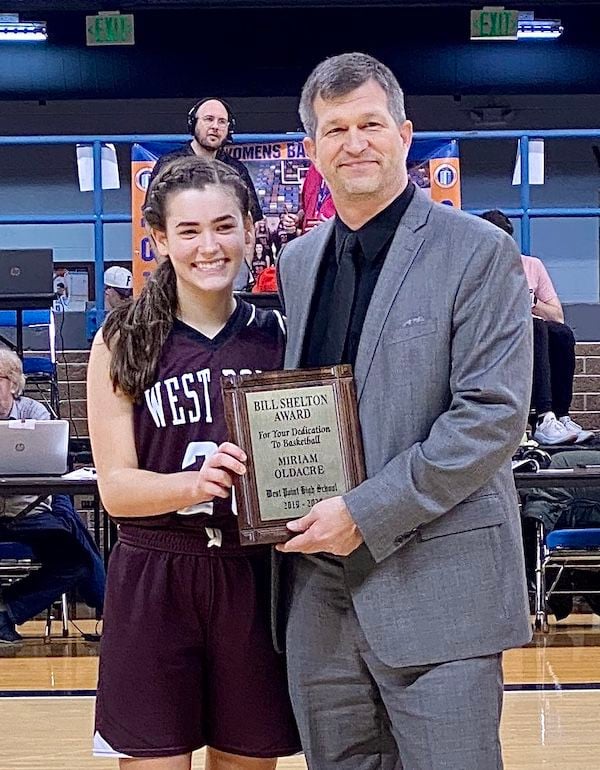 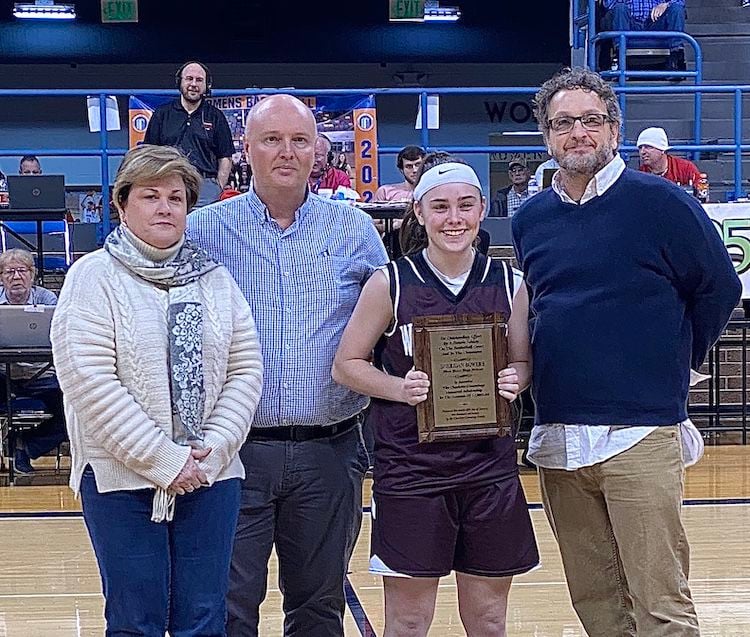 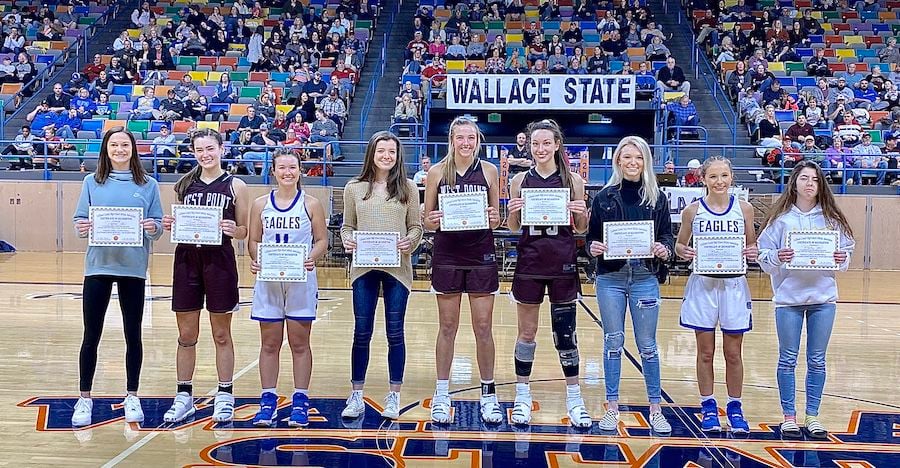 HANCEVILLE — The Cullman County Basketball Tournament varsity girls championship wasn’t only a family affair; it was a meeting of top 10 teams in their respective classifications.

The sibling combination of John Welborn, of West Point, and Tammy West, of Cold Springs, met Saturday at Tom Drake Coliseum to decide the title. The Lady Eagles entered the finals as the top team in Class 2A, while the Lady Warriors came in 10th in 5A and determined to defend their county crown.

It was brother who ultimately secured bragging rights for a second straight year, with Miriam and Micah Oldacre powering West Point to a dominant 64-32 triumph.

Elizabeth Hill looked to bounce back from a scoreless night from the field in Cold Springs’ semifinal win over Good Hope. Mackenzie Carter, meanwhile, wanted to continue her strong play from West Point’s semifinal victory against Fairview after returning from injury.

Both teams were plagued by turnovers and missed shots early in Saturday’s title tilt. West Point (21-5) broke out of its slump and took an early eight-point lead halfway through the first quarter. Powered by a pair of Micah Oldacre 3-pointers, the Warriors led 17-6 at the end of the first.

West Point continued its strong defensive effort in the second quarter, holding Cold Springs (22-3) to just ten points in the frame. Hill ended her field goal drought and entered halftime with nine points. Miriam Oldacre led a balanced scoring attack with nine points of her own, helping the Warriors double up the Eagles 32-16 at the break.

Cold Springs’ offensive woes carried over into the third quarter, with West Point yielding just 10 points once more. Miriam Oldacre kept the Warriors rolling offensively, too, adding eight points in the period to give West Point an insurmountable 51-26 cushion.

The Warriors cruised to the repeat from there, outscoring Cold Springs 13-6 over the final eight minutes. Miriam Oldacre led all scorers with 17 points and was joined in double digits by Micah Oldacre (14 points), Carter (11) and Molly Pendley (10).

Hill topped the Eagles with 10 points.

“This game, we really wanted it. We really played defense,” Miriam Oldacre said. “We focused on what we had to do as a team. It was also a big help getting Mackenzie back. We just wanted this so bad.”

That more than came across in West Point’s furious start.

“We had the energy and went on a run,” Miriam Oldacre said. “We weren’t going to let them have it. Since we have so many seniors, we wanted it for our last county tournament.”

“Our defensive effort gave us a lot of energy and provided us with a lot of turnovers early,” he said. “We watched a lot of film from our earlier meeting. Additionally, our height advantage was a big difference.”

Marjorie Frances Noble Craig, 85, passed away peacefully at her home of a cancerous brain tumor on April 4, 2020 in LaFayette, Ga. She was an active member of the LaFayette First United Methodist church. Marge was active in the nursing community and was Director of Nurses at Kitchen's Clinic…

Private graveside service for William Lowell Allinder, 89, of Cullman will be at 2 p.m., Monday, April 6, 2020 at Emeus Baptist Cemetery, Rev. Jerry Lake officiating. A Celebration of Life service will follow at a later date. Cullman Funeral Home is in charge of the arrangements. Mr. Allinde…

Graveside services for Williams Jefferson Daniel, Jr., age 88 of Cullman, will be at 11 a.m. on Tuesday, April 7, 2020 at Duck River Cemetery with Bro. Javon Daniel officiating. Cullman Heritage Funeral Home is in charge of arrangements. Mr. Daniel passed away on Saturday, April 4, 2020 at h…

Private graveside service for John Wayne Quick, 79, of Cullman will be at 4 p.m., Monday, April 6, 2020 at Mt. Vernon Primitive Baptist Cemetery, Elders Heath Williams and Josh Mason officiating. A Celebration of Life service will be held at a later date. Cullman Funeral Home is in charge of…