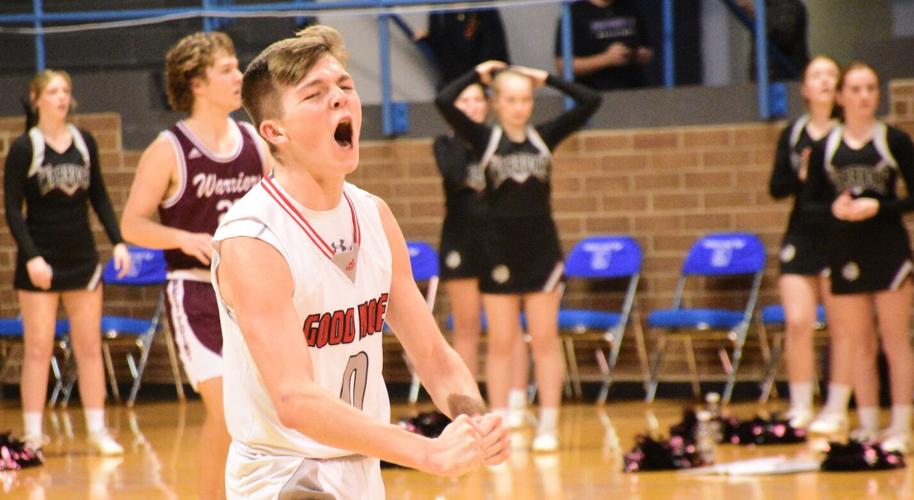 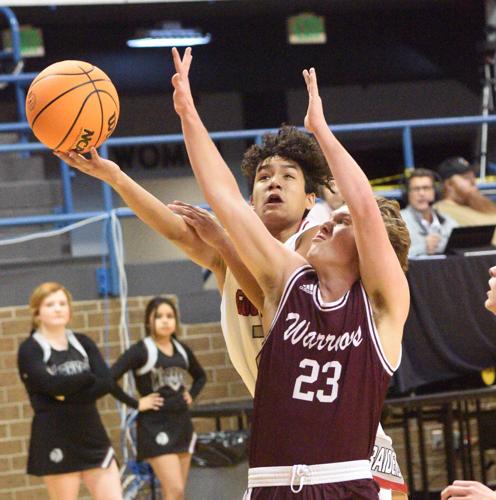 HANCEVILLE — Good Hope’s varsity boys are moving on to the next round — by the skin of their teeth.

The fourth-seeded Raiders roared out of the gate against No. 5 West Point on Monday night, building an early lead before staving off an incredible comeback from the Warriors and collecting a 66-63 triumph at Wallace State’s Tom Drake Coliseum.

Good Hope, which improved to 15-9 this season following its seventh straight win, raced out to a 22-8 advantage after the first quarter and led 40-27 at halftime.

West Point, though, fought like heck to get back in the game.

The Warriors trailed by nine points entering the fourth quarter but eventually tied things up at 55-all on a Kolten Perry layup with 2:43 remaining. Jay Lamar then put the Maroon and White up 58-55 following a 3-pointer before Good Hope’s Weston Hancock answered with a trey of his own to knot the score at 58 apiece.

Andrew Lynn made it 61-58 with 1:45 remaining on a 3-pointer, but a pair of Colton Lindsey free throws and a strong drive to the basket by Hancock put the Raiders back in front (62-61) with 1:01 left. A steal by Tanner Malin and a Lindsey layup on the ensuing possession surged Good Hope ahead by three before Kanen Trussell’s layup brought West Point back to within a point (64-63) with 13 seconds left.

Malin, though, sank two clutch free throws and the Warriors missed a pair of game-tying 3-pointers just before the horn, giving the Red and White a thrilling opening-round victory.

“I’m going to start out with this — (West Point coach) Mason Voce is one of my best buddies. What he’s doing with this group right now is incredible. They’ve come from behind to beat Fairview and Russellville twice here recently. Hats off to them. They did everything to win this game. If we don’t hit a corner 3 and get a fortunate leak out, then we’re the ones devastated in the locker room.” — Good Hope’s Drew Adams

“We’re not a man team, but they were out of timeouts (on the final possession). We knew that if we contested the 3-point line, we were OK with giving up a layup. Andrew Lynn was unconscious, and they had some other guys hit some big shots. So we just wanted to defend that as best as we could.” — Good Hope’s Drew Adams

“We were inches away from being off the rest of the week, so we can’t take that for granted. We’ve got to prepare the best we can to be the best we can on Friday night against Fairview.” — Good Hope’s Drew Adams