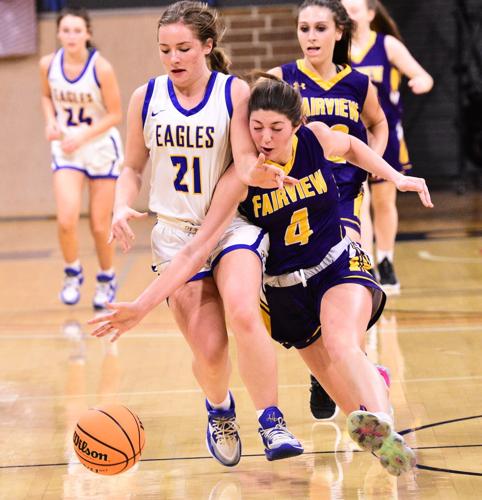 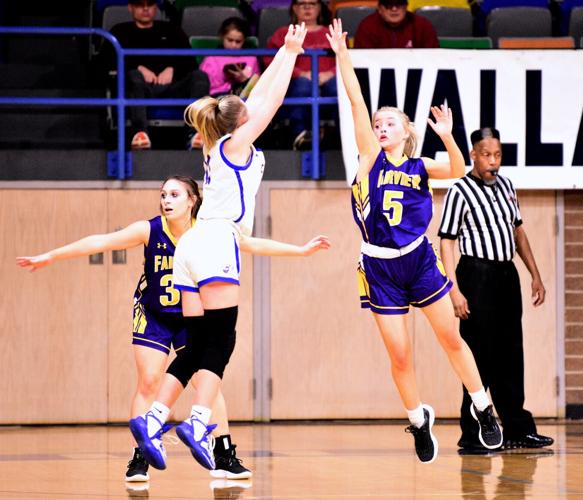 Fairview’s Peyton Defoor closes out on a shot. 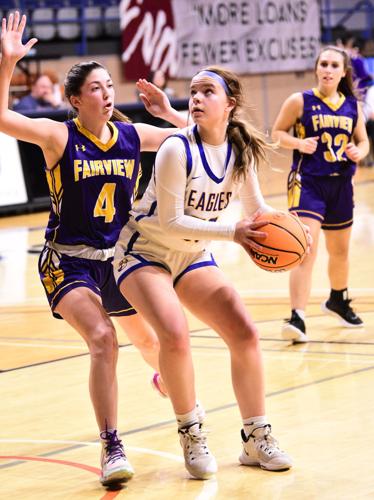 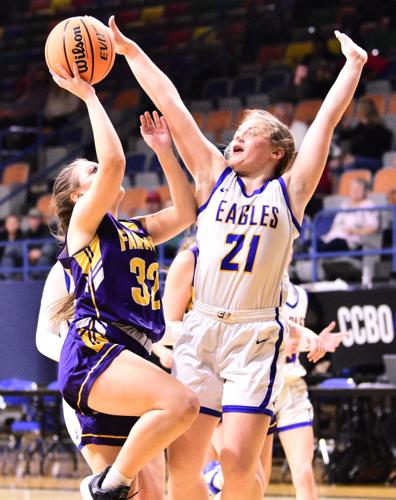 Fairview’s Peyton Defoor closes out on a shot.

HANCEVILLE — Fairview’s junior varsity girls slipped past Cold Springs on Saturday, picking up a 41-38 victory to punch their ticket to the championship game of this year's Cullman County Basketball Tournament.

The No. 3 Lady Aggies led the whole way but couldn’t put away the second-seeded Lady Eagles until the final buzzer sounded inside Wallace State’s Tom Drake Coliseum.

Fairview took a 41-38 lead following a pair of free throws by Peyton Defoor with 25 seconds remaining.

The Purple and Gold had a chance to seal it from the free-throw line, but six misses — the Lady Aggies pulled in two crucial offensive rebounds following the initial missed shots — in the final 10 seconds allowed Cold Springs a final heave from just beyond the 3-point line that ultimately didn’t fall.