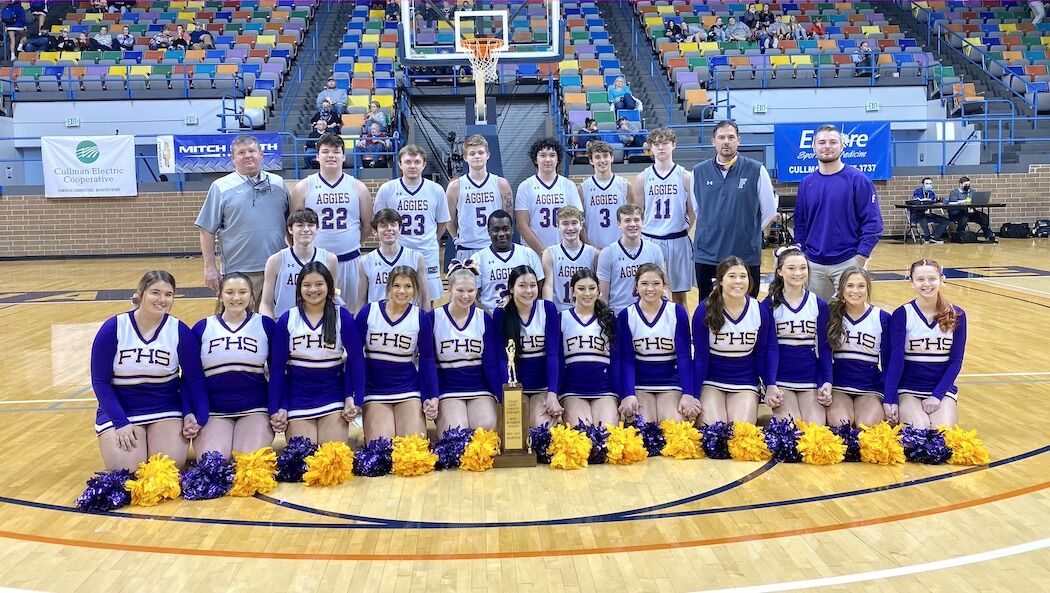 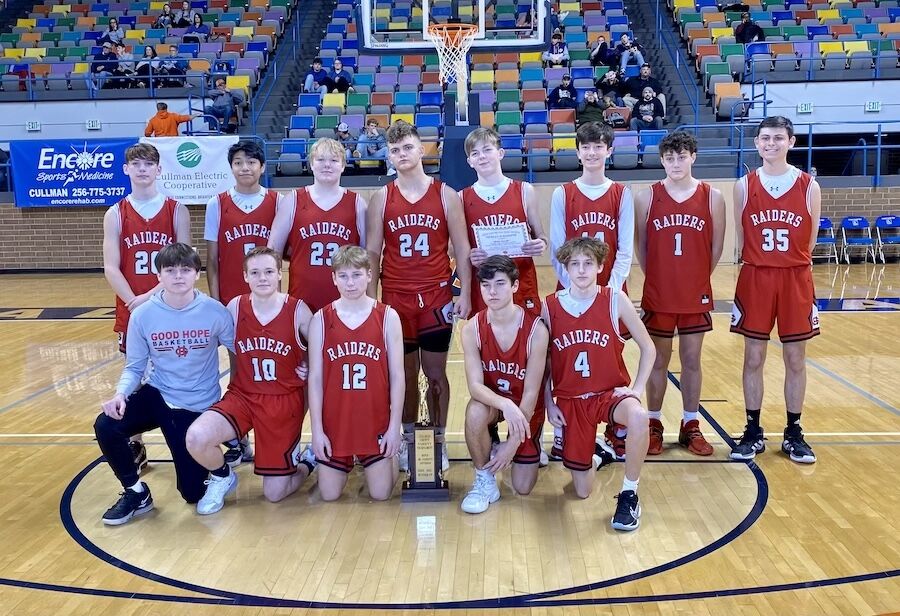 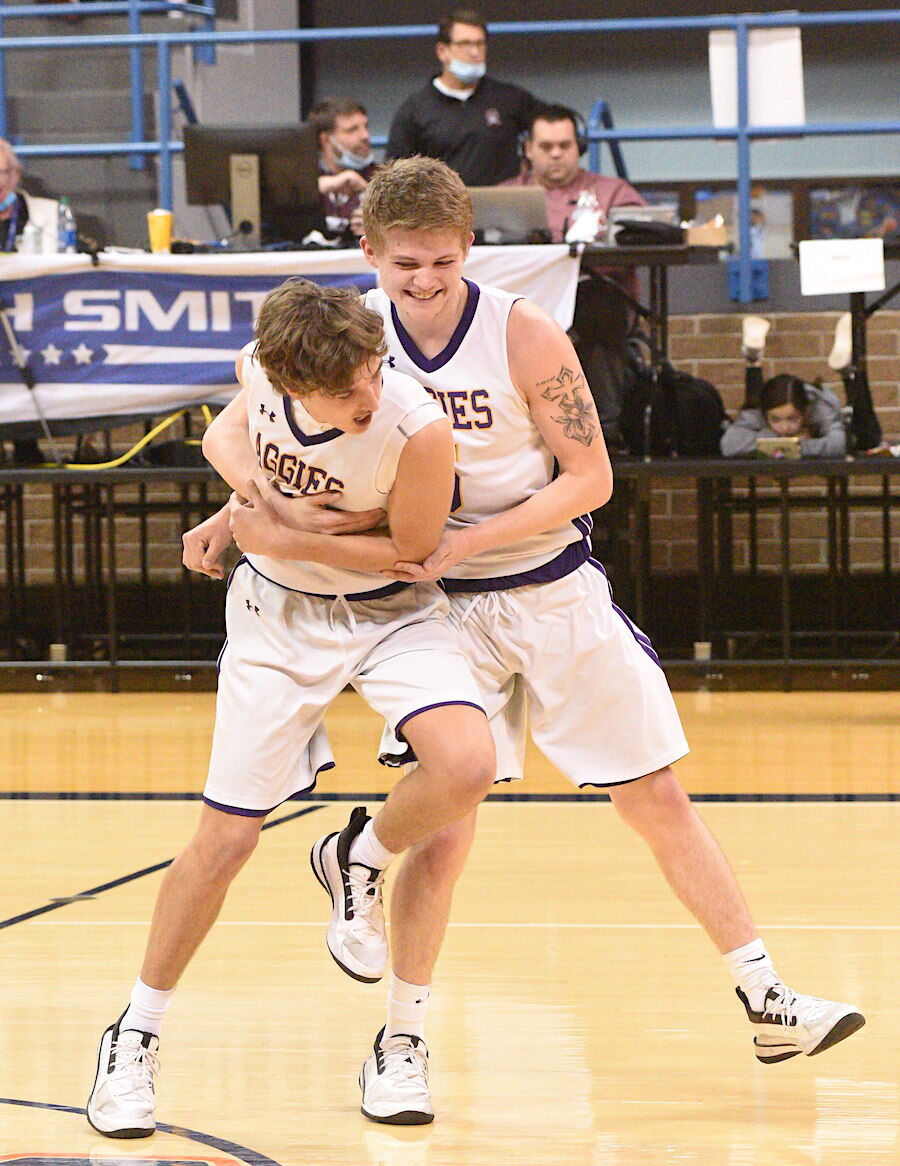 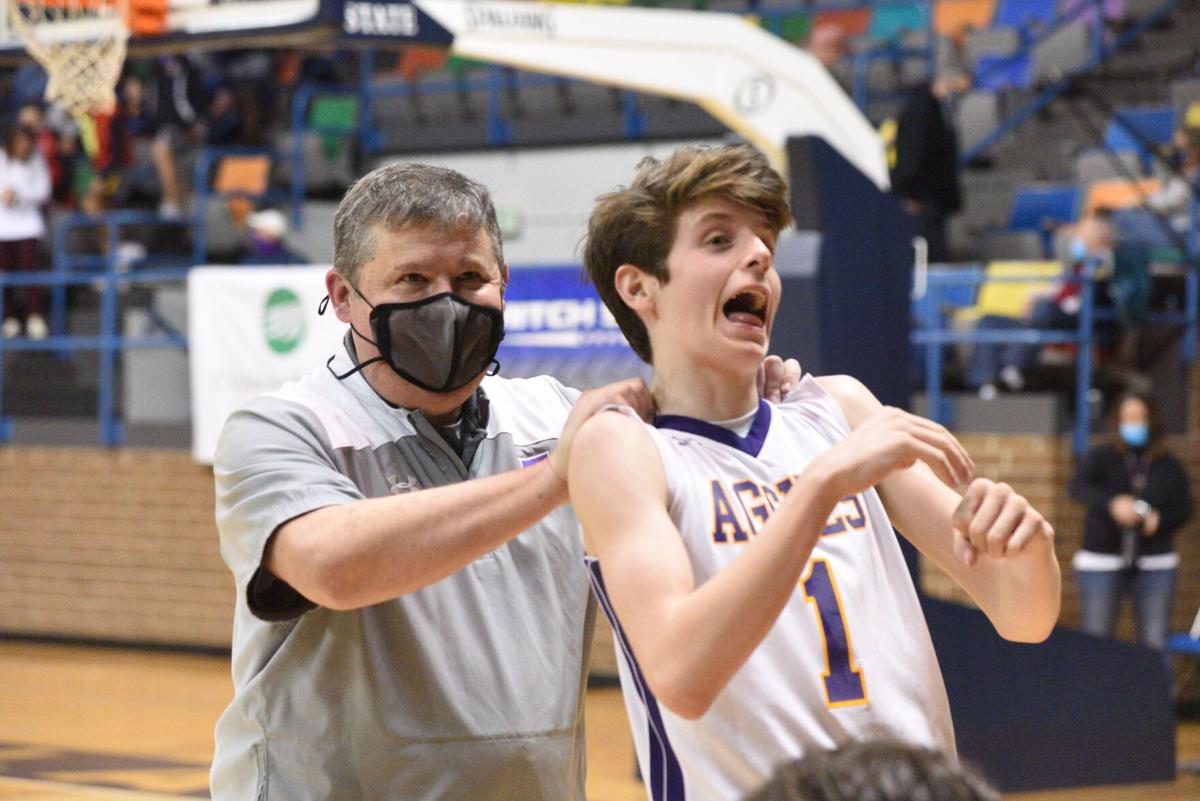 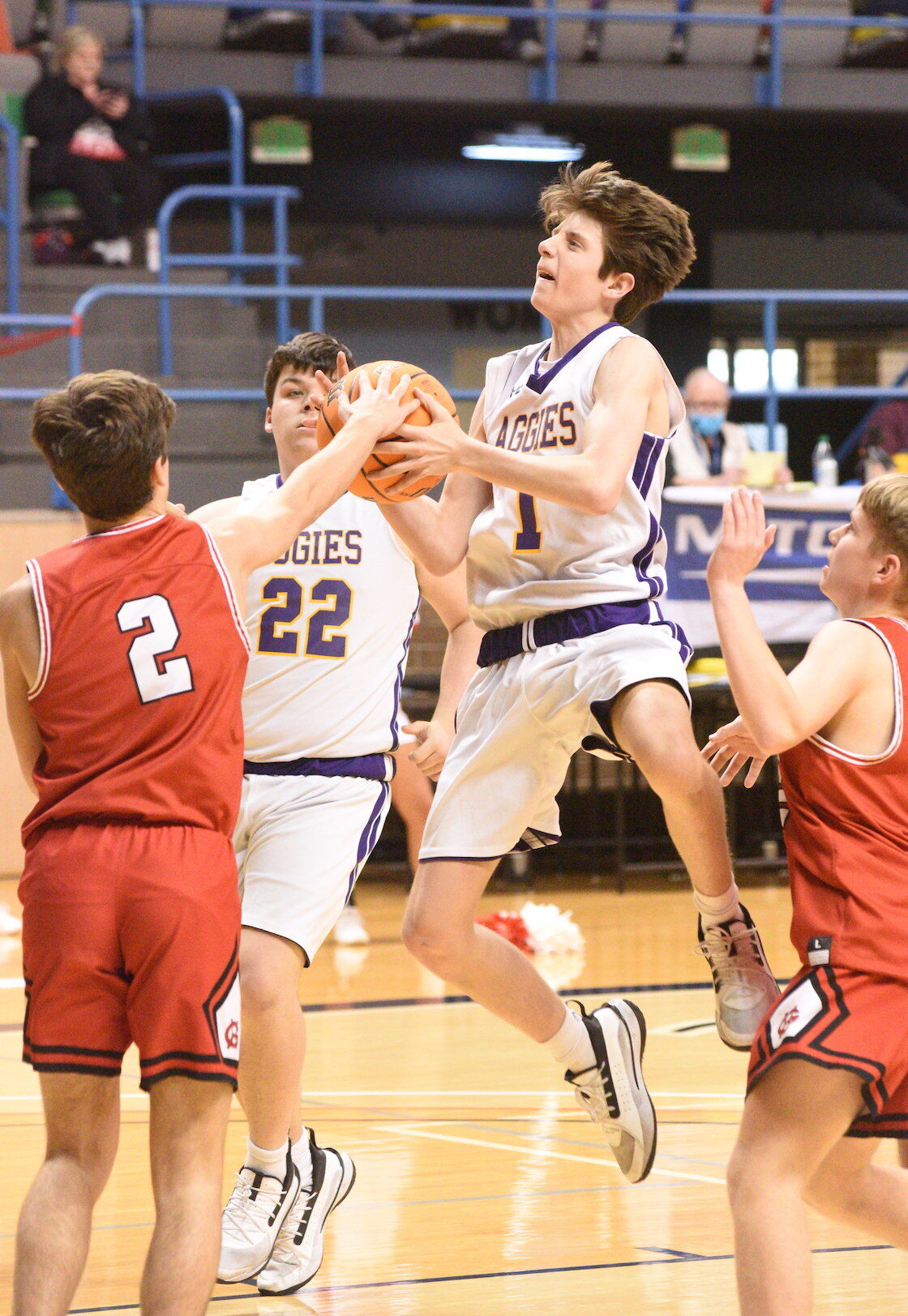 Fairview's Kobe Payne goes up for a shot. 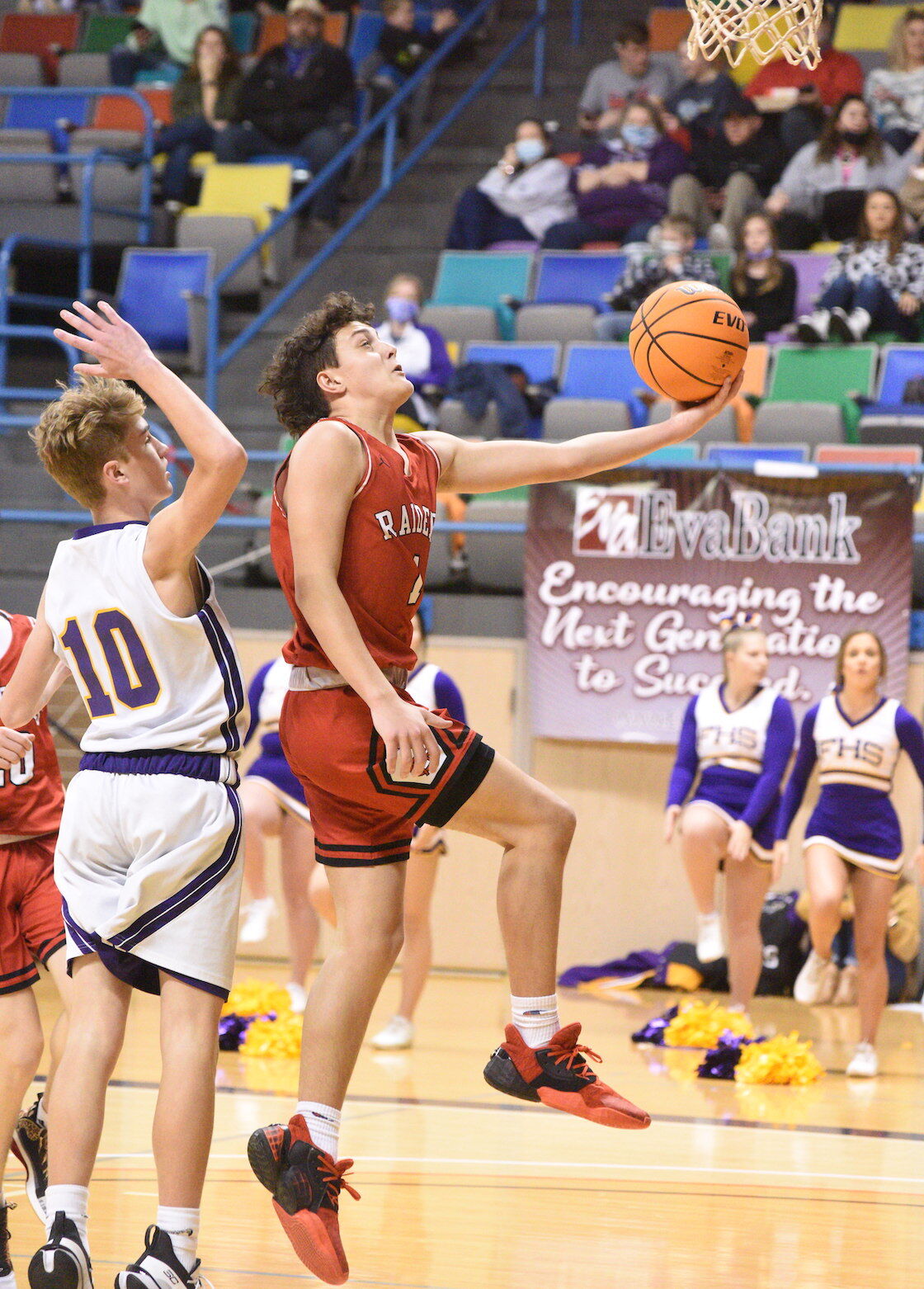 Good Hope's Tyler Cone goes up for a layup. 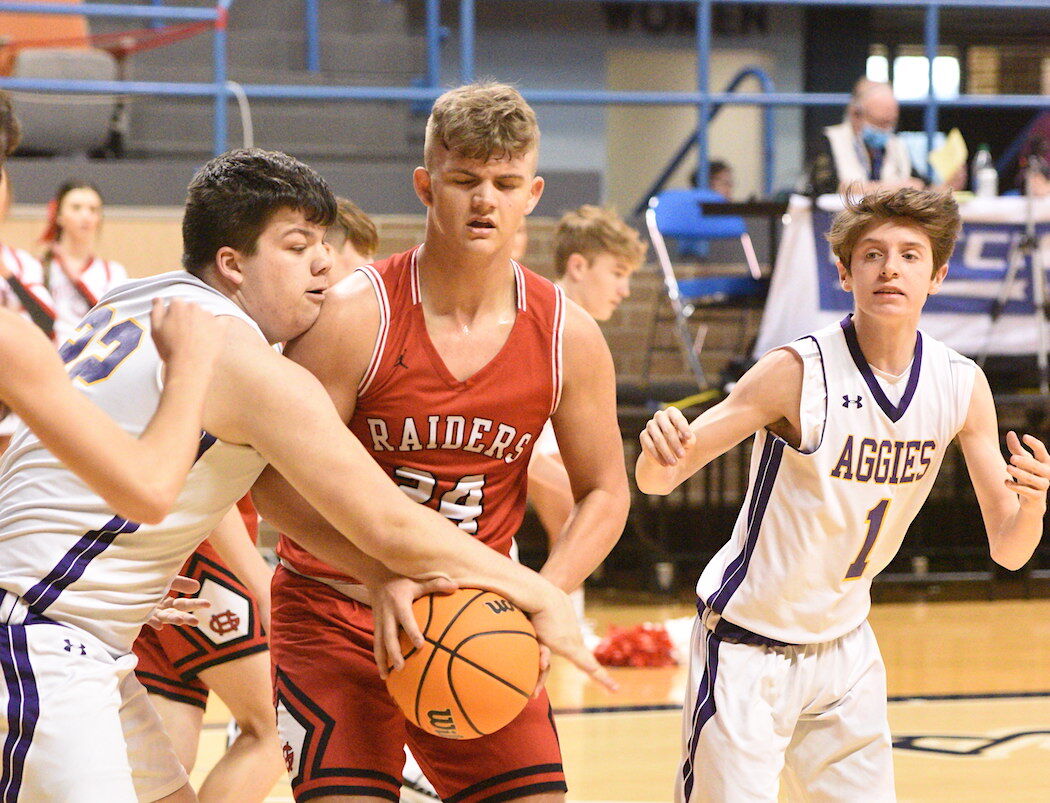 Fairview's Kobe Payne goes up for a shot.

Good Hope's Tyler Cone goes up for a layup.

HANCEVILLE — Fairview’s junior varsity boys delivered a terrific second-half effort on Saturday, storming past Good Hope 61-57 in the championship matchup of the Cullman County Basketball Tournament to cap off a perfect season.

The top-seeded Aggies (17-0) trailed by a point at halftime but overtook the third-seeded Raiders in the second half behind a ferocious effort on both sides of the ball.

“It was closer than we would’ve wanted it, but the boys kept fighting,” Fairview coach Tim Fulmer said. “They’ve fought all year for me. Every time they’ve been behind they’ve found a way to claw out of it. This team just went 17-0. I didn’t do it. They did it. I was privileged to have 11 young men who would fight. It was a team effort. They set their goals at the first of the season, and one of them was to be able to take that trophy home. And they fought for it and got it.”

Fairview held a 49-42 advantage heading into the fourth quarter and led 59-50 with less than one minute remaining on the clock. Good Hope, though, notched a 7-1 run — Tucker Malin and Colton Whatley led the way — to get to within three points (60-57) with three seconds left.

Cooper Salazar, however, sealed the deal with a free throw.

“It was great,” Salazar said. “They’re a great team. It was back and forth the whole way. It was hard playing defense. It was hard playing offense. But we just came out on top. Most of us have never won a county tournament, and we’ve worked really hard for this as a team.”