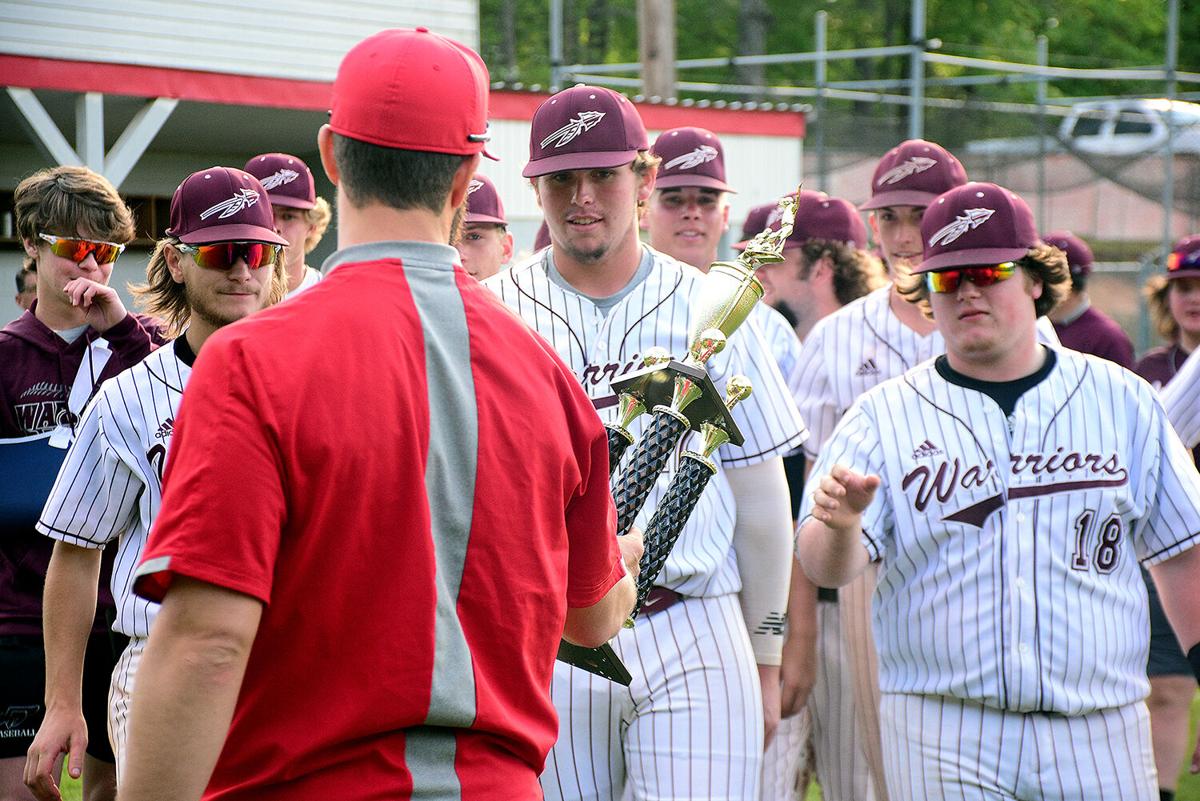 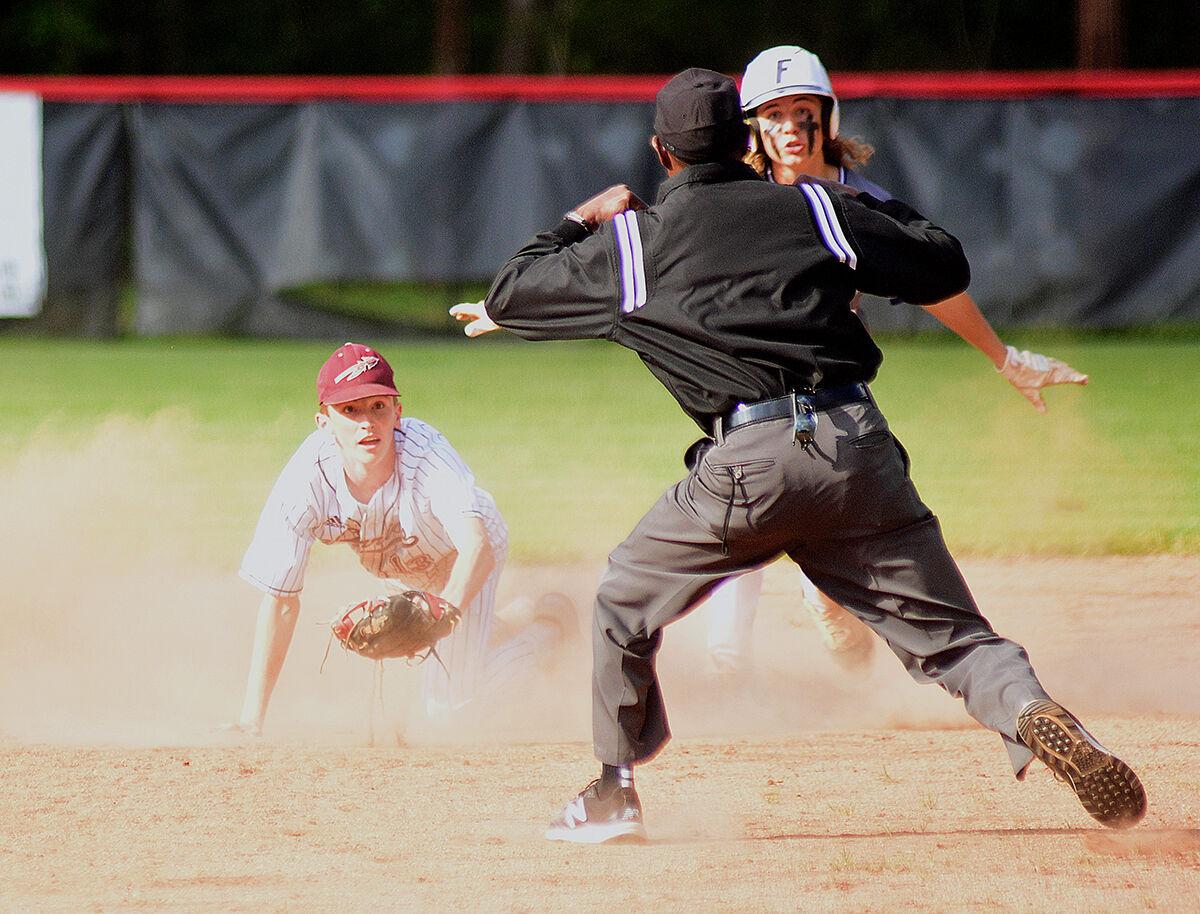 West Point's Taylor Curtis (left) and Fairview's Crimson Wright look to the umpire for a call in Saturday's game. 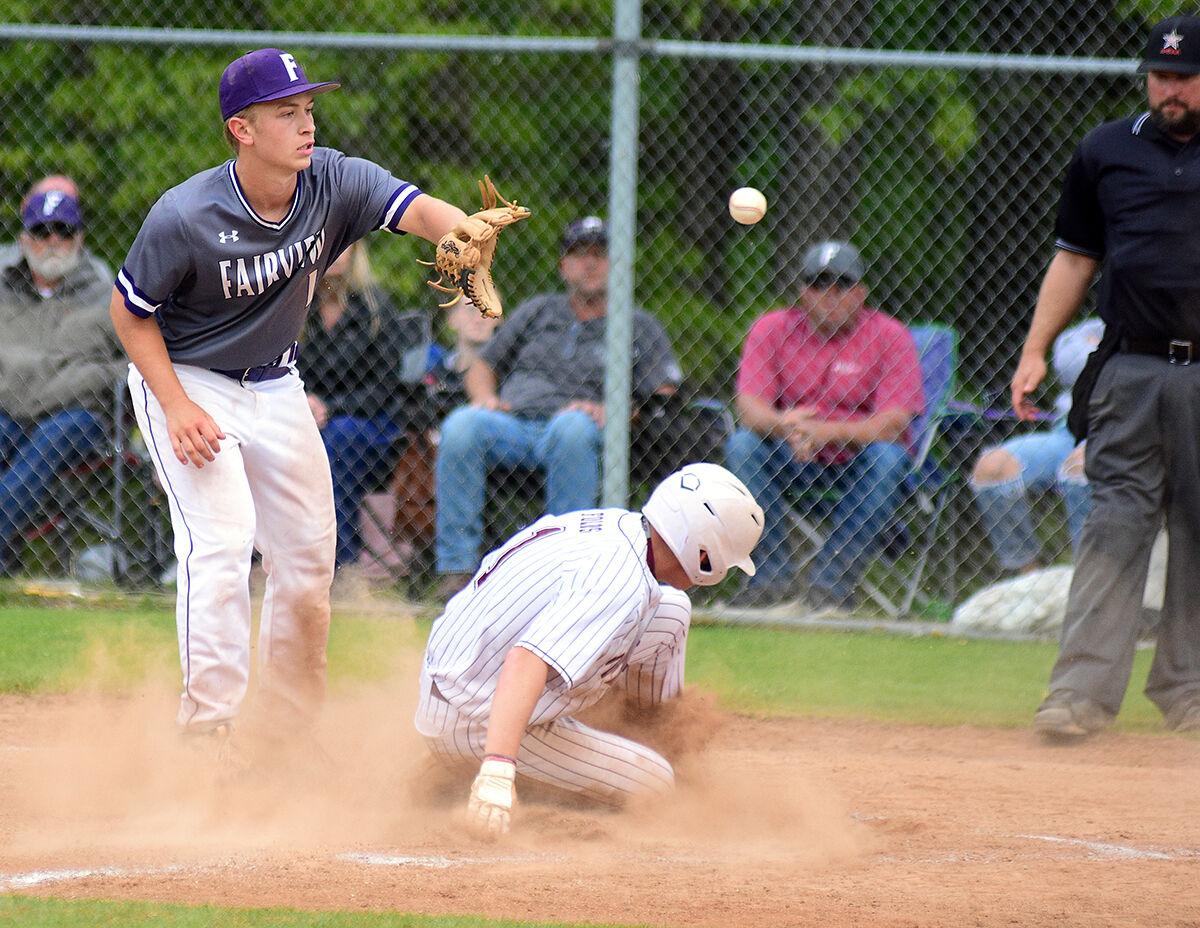 West Point's Taylor Curtis (left) and Fairview's Crimson Wright look to the umpire for a call in Saturday's game.

West Point saw to that on Saturday.

The Warriors used a solid all-around performance to down Fairview 9-2 in the championship game of the Cullman County Baseball Tournament and secure the program’s third straight crown at the annual classic.

"I was proud of our guys," said West Point coach Drew Bryson, whose squad improved to 18-15 this season. “We came out and handled our business. We didn’t do anything flashy. We just came out and played the way we’ve been playing for three weeks. Branson (Smith) gave us another quality start. He’s been very consistent for us. Coming out and getting that four-spot in the first inning was nice, too.”

Taylor Curtis scored on a passed ball in the second inning to make it 5-0, and Hoffpauir added an RBI single in the fourth inning to increase the advantage to 6-0.

The Warriors plated their final three runs in the fifth inning after Smith delivered a sacrifice fly, Curtis touched home plate on a wild pitch, and Cochran blasted an RBI double.

On the mound, Smith allowed just two hits — he took a no-hitter into the sixth frame — and an unearned run to go along with nine strikeouts in six innings of work. Cleghorn recorded the final three outs to wrap up the title.

“It’s great knowing I have a great defense behind me and that I can throw strikes,” Smith said. “Wherever the ball goes, they’re going to give their best effort and make a great play to get the guy out. It’s awesome to get the win and now focus on the playoffs next week.”

Parker Martin, meanwhile, tallied two hits and an RBI. He was responsible for both Fairview runs, scoring on a passed ball in the sixth inning and garnering an RBI double in the seventh inning. Dalton Payne and Tanner Bennett rounded out the offensive production with one hit apiece.

But Saturday was all about West Point — and more specifically, its seven seniors.

Cochran, Cleghorn, Sibley, Smith, Thornton, Jacob Dye and Isaiah Wylie each competed in their final county tournament and made the most of it by helping add to the school’s trophy case.

"Our goal today was to come out, have fun and enjoy playing baseball,” Cochran said. "We had a positive attitude, played as hard as we could, and enjoyed every pitch and inning we had. It was nice to get ahead. It made it a lot more relaxing. It means a lot to win this. It’s our goal every year to compete at the highest level and to win as much as we can. We’re glad we got it done.”

Added Bryson: "This group of seniors — they were freshmen when we first got here. We’ve grown up with them. The way last year ended … this is kind of a culmination of the past two years’ worth of work to get here. We locked up a playoff spot earlier this week, and we’re ready to handle business next Friday."

West Point beat Hanceville 11-2 in the semifinals, while Fairview eliminated Vinemont 5-3. See below for those capsules.