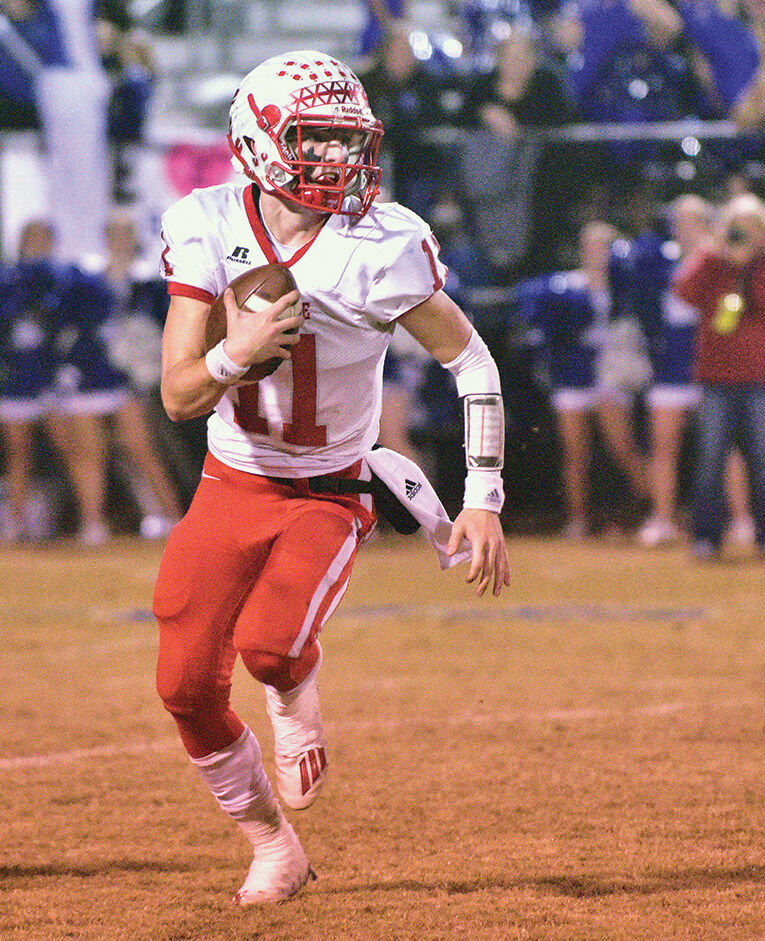 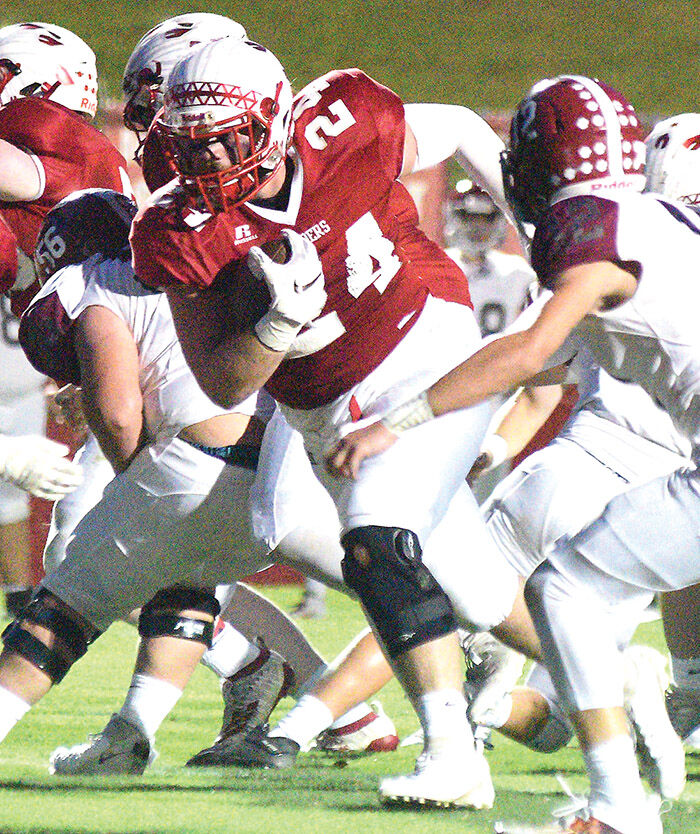 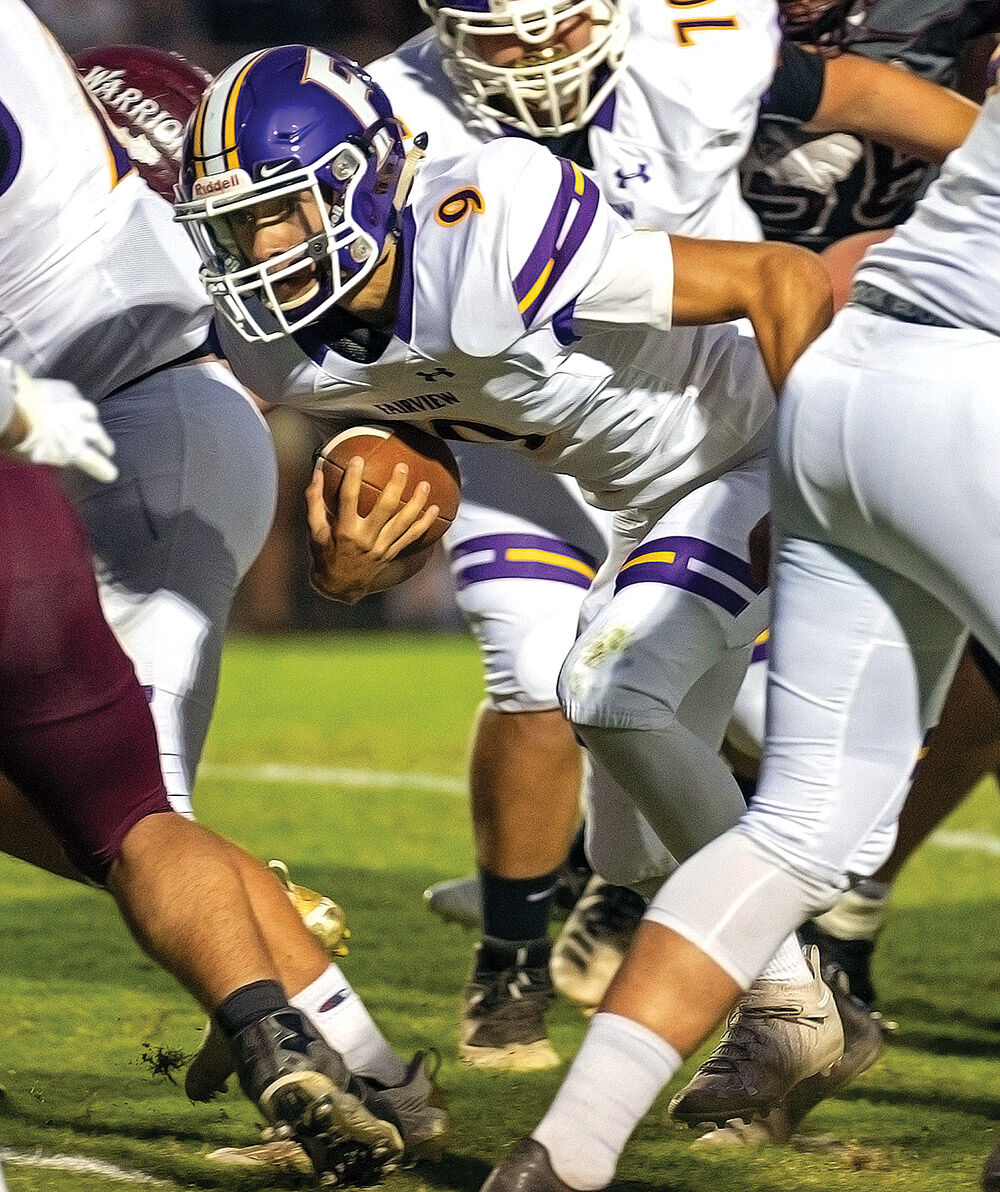 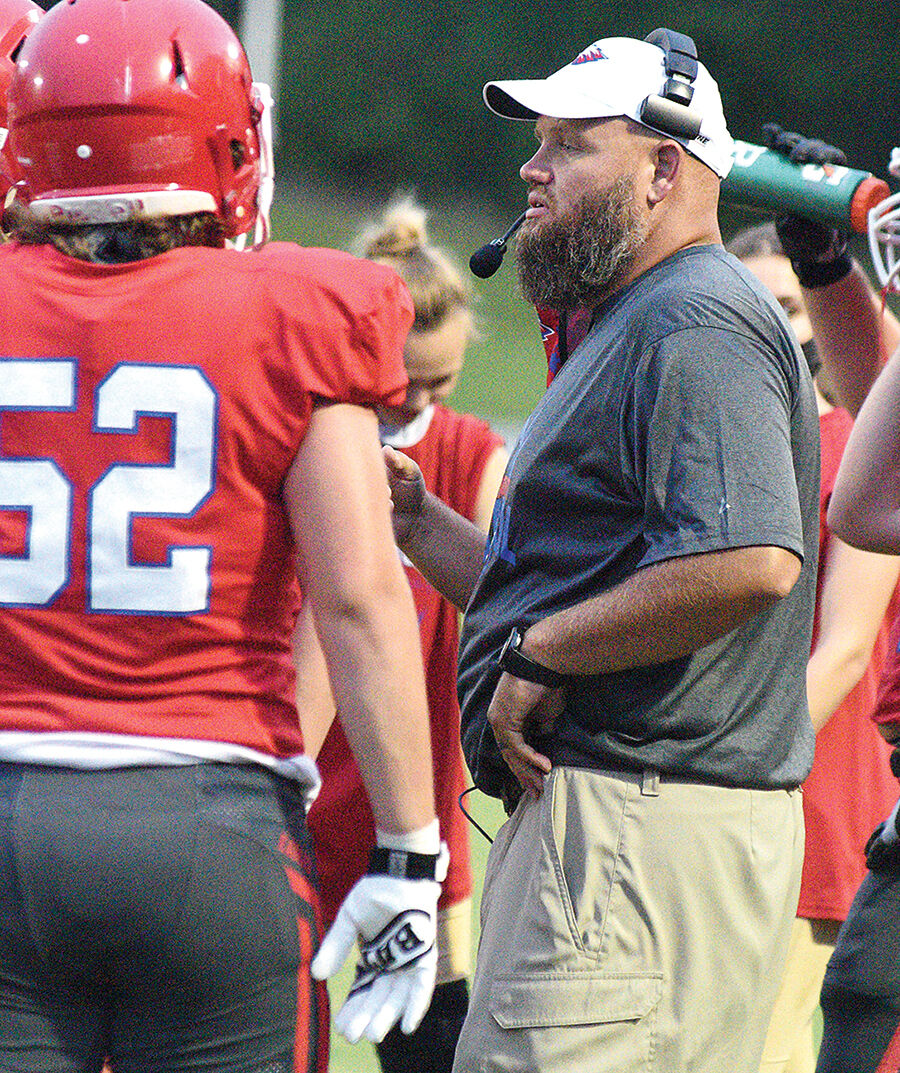 Vinemont's Stephen Robinson — The Times' 2020 All-Area Coach of the Year.

Vinemont's Stephen Robinson — The Times' 2020 All-Area Coach of the Year.

What a season for Tanner Malin.

Let's take an all-encompassing look and put it in perspective, shall we?

The Good Hope junior quarterback completed 61 of 84 passes — a solid 73 percent — for 874 yards, six touchdowns and two interceptions. The dual-threat standout also corralled 1,211 yards and 17 touchdowns on 128 carries, helping the Raiders achieve a 10-2 record and first-round hosting rights for the first time since 2008.

Those totals came despite the fact Malin sat out seven quarters this past season.

He also captained an explosive offense that averaged 33.2 points per contest and 8.5 yards per play.

He took home All-County (Offensive MVP), All-Region (Offensive Player of the Year) and All-State (First-Team Athlete) honors following his fantastic campaign in Class 4A and is now poised for more hardware.

Malin headlines The Times' 2020 All-Area Football Team as the overall Player of the Year.

Here's what some local coaches who matched up against Malin this season had to say about him.

"We knew he had a strong arm, but he really made a lot of plays with his legs and extended plays on third down against us. He made plays that really hurt us. He changes the game." — West Point coach Don Farley

"A lot of the teams we faced had good quarterbacks. But I felt like he was a guy who could take it to the house on any given play. He's got that kind of speed and that kind of playmaking ability." — Hanceville coach Cody McCain

"I thought he really managed their game plan very well, and he was a threat to score from anywhere on the field. You had to have one or two guys watching him at all times. He made them go, and he's a very good ballplayer." — Addison coach David Smothers

See below for detailed capsules on the other top honorees.

Coach Speak: "The first thing you notice is his physical stature. He's not your typical high school running back. He was so strong that he tended to have some of his best runs in the fourth quarter. People who played us had to circle him as someone to key on. One of the coaches we played said his guys made a business decision that they were going to kind of get close or get an arm in there, but they were tired of getting trampled. Physical, runs downhill, wanted to finish going forward." — Good Hope coach Alan Scott

Coach Speak: "He's a great, physical competitor. He grows each week and each season. He pulls the best out of his teammates and puts it on his shoulders to do everything he can to help his team win. He tries to do things at a high level." — Fairview coach George Redding

Highlights: Guided the Eagles to a 7-4 record, the program's first winning season since 2012. Vinemont also won six of its final eight games en route to securing a postseason berth for the first time since 2014.

Coach Speak: "What he's done there is incredible. He's taken them and turned them into a tough-nosed football team. They work hard for him, and he works hard for them. He's a stand-up guy, and he has them heading in a great direction." — Cold Springs coach Justin Cornelius

"He did a great job with their kids — a physical bunch. They came along in strides. At the end of the year, they were playing really well and were one of the best teams we played all season." — Holly Pond coach Chris Moss

The All-Area Team, which also includes a second team and honorable mentions, was handpicked by myself after reviewing the 2020 season and relying on the valuable input of numerous local football coaches. However, with a limited number of spots and a wealth of talented players, it's possible some deserving candidates were left out.

See below for The Times' complete All-Area Football Team.