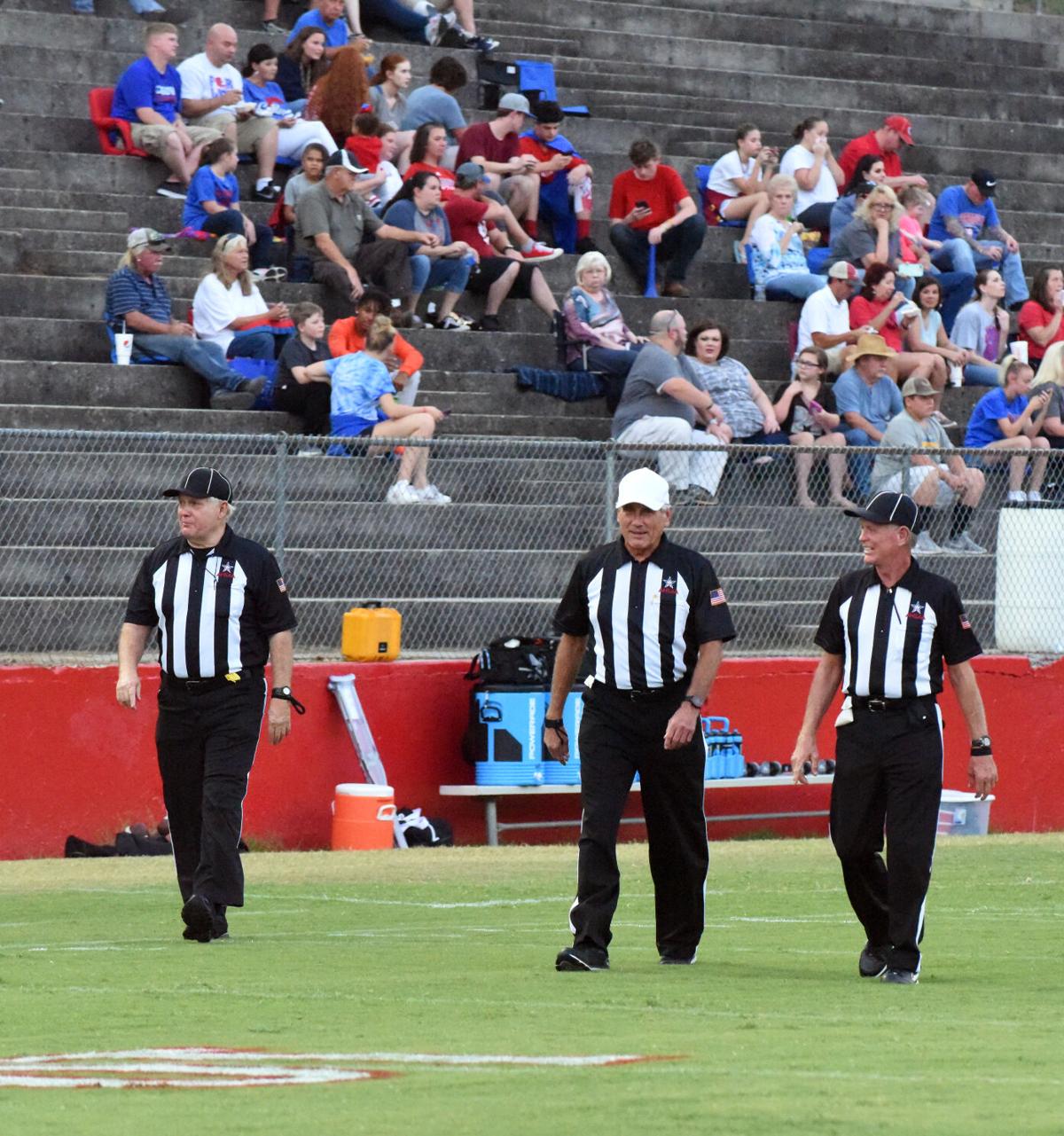 Referees, from left, James Shavers, Wayne Manord and Bobby Noles, seen prior to a game at Good Hope in 2018, have been refereeing football games together on and off for the past five decades. 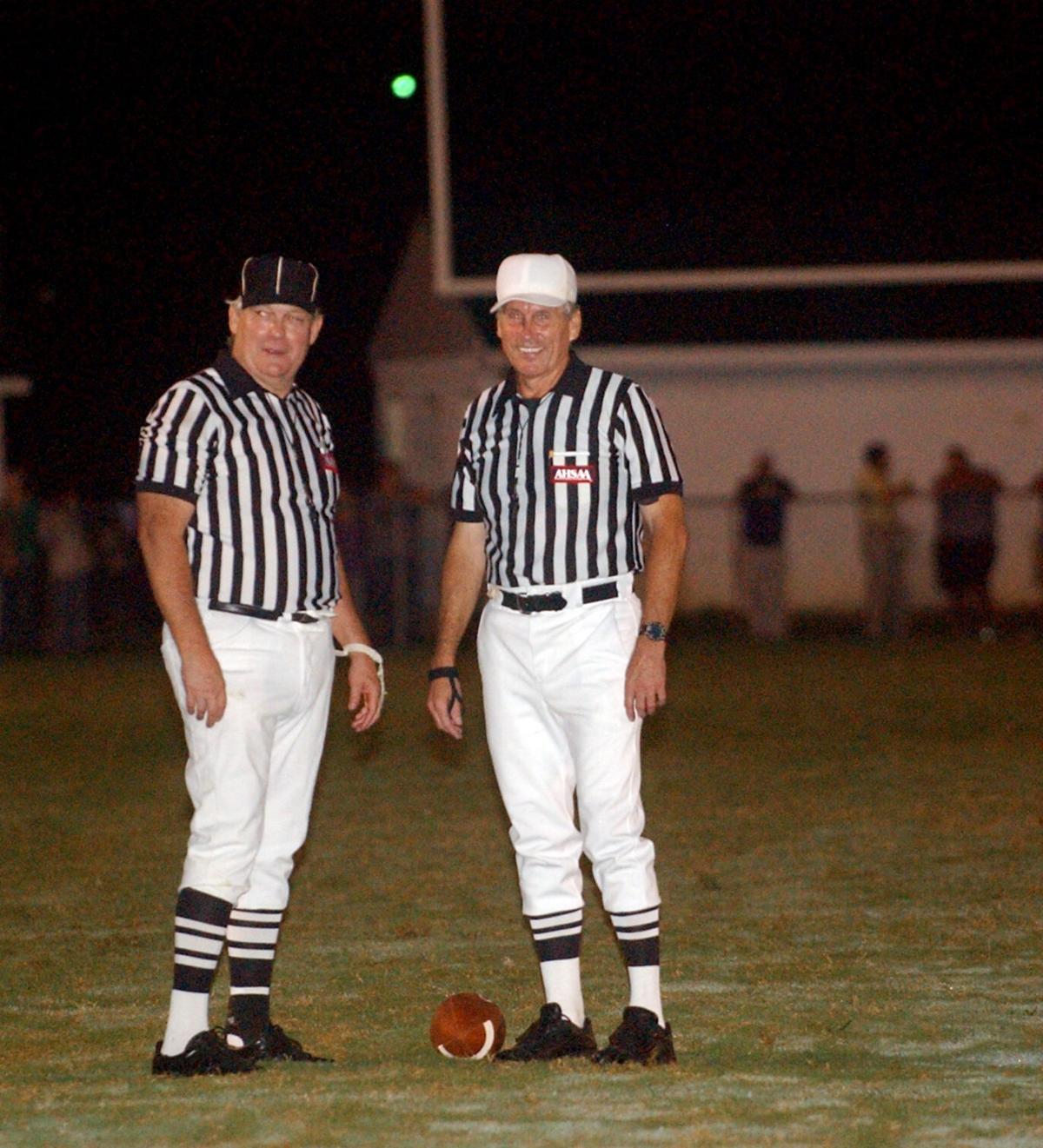 James Shavers, left, and Wayne Manord, seen during the 2009 Holly Pond Hanceville football game, have been officiating games since white pants were the style. 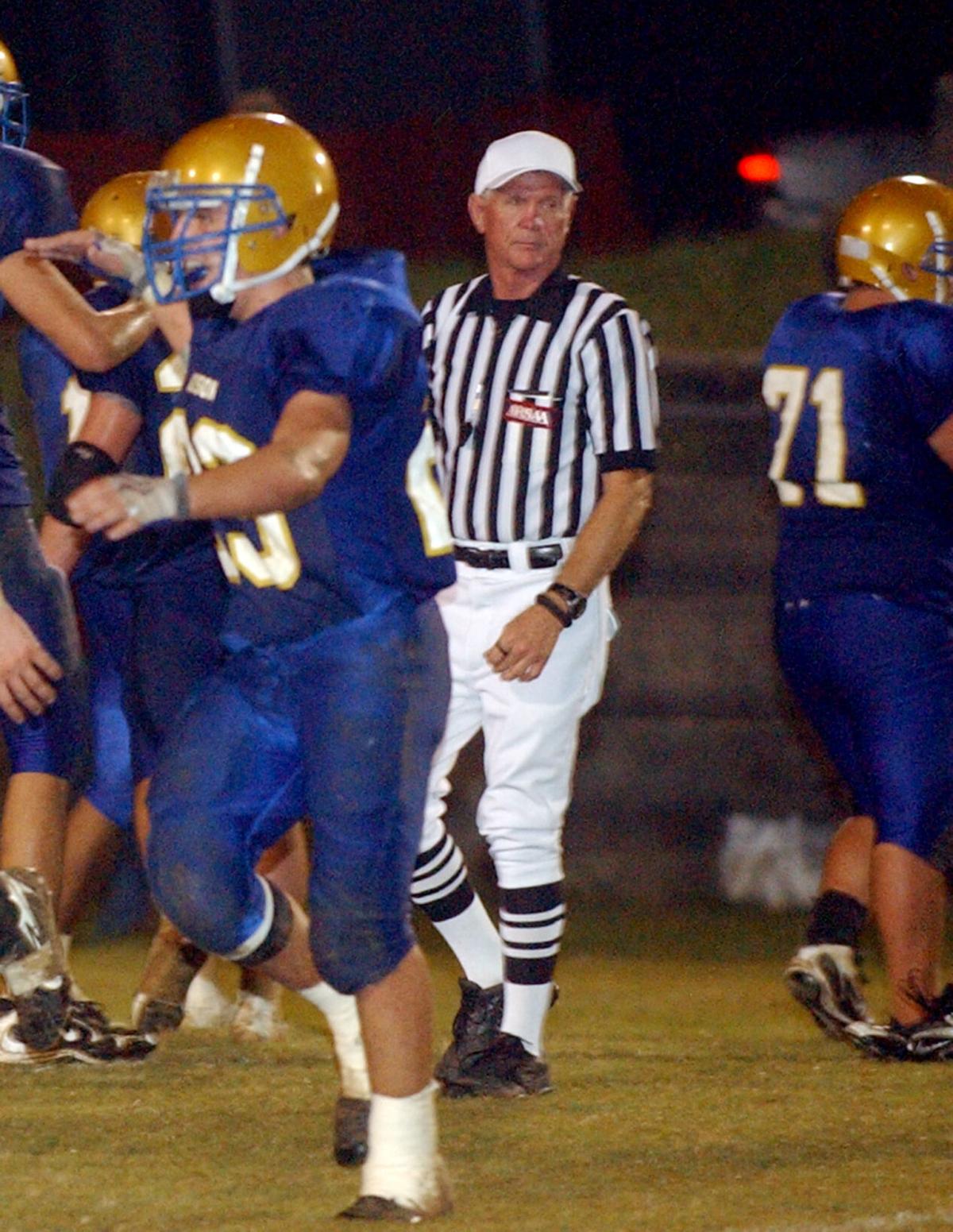 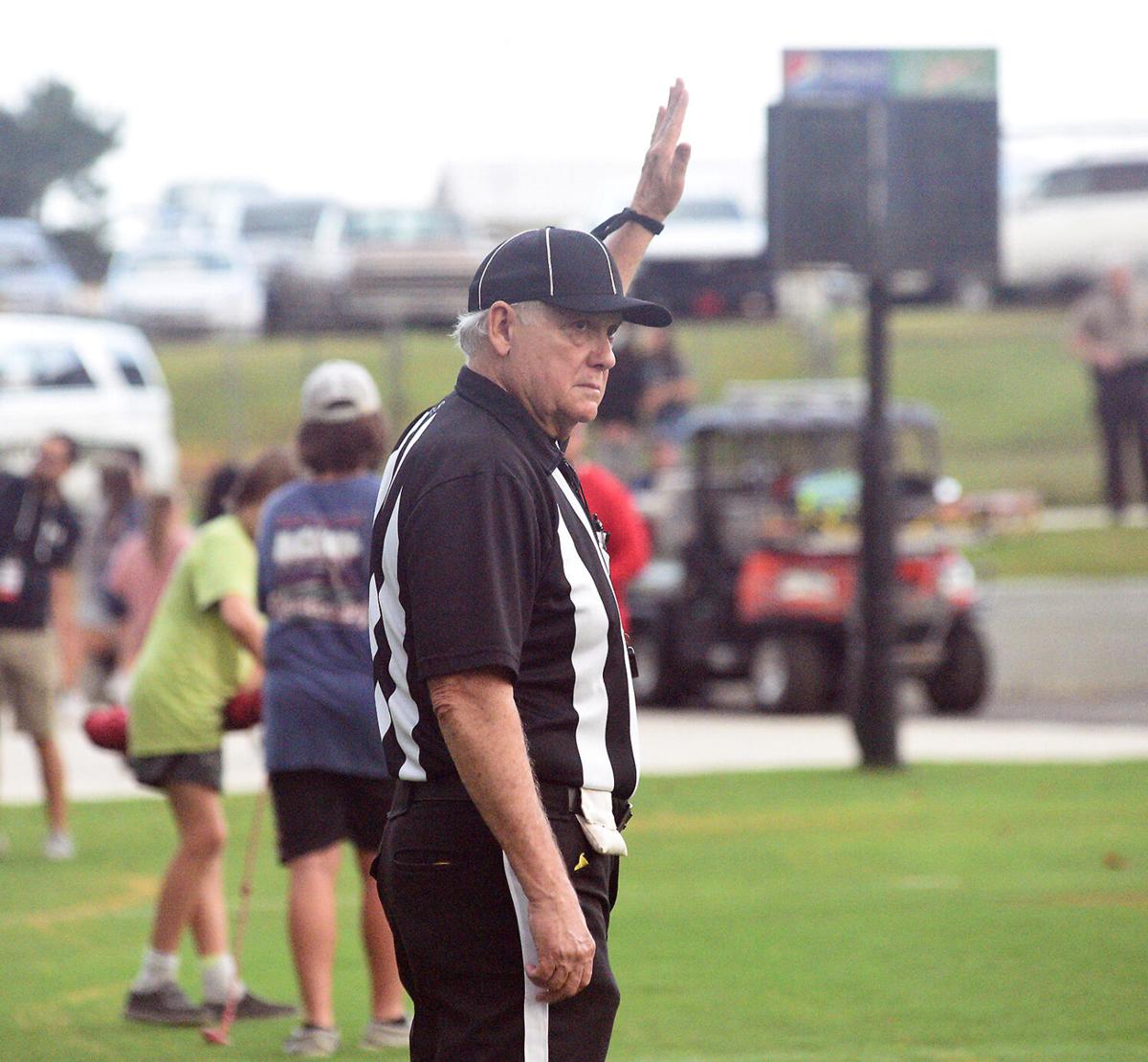 James Shavers is seen prior to kickoff during the 2021 Vinemont Fairview football game.

Referees, from left, James Shavers, Wayne Manord and Bobby Noles, seen prior to a game at Good Hope in 2018, have been refereeing football games together on and off for the past five decades.

James Shavers, left, and Wayne Manord, seen during the 2009 Holly Pond Hanceville football game, have been officiating games since white pants were the style.

James Shavers is seen prior to kickoff during the 2021 Vinemont Fairview football game.

Just call them The Three Musketeers.

If you've happened to take in a high school football game in the past … say ... 50 years, then you've almost assuredly seen them in action — side by side, rain or shine, linked forever by their friendship and kindred passion.

Wayne Manord, James Shavers and Bobby Noles have been refereeing football games together on and off for the past five decades. The inseparable trio has seen it all during that time, dating back to their first get-together in 1972.

It’s been a long and winding road since, one that will end following the 2021 playoffs — Shavers is retiring after 50 years in pinstripes — but not soon forgotten.

“All officials have camaraderie,” Shavers said. “Any time that you work together at any job for 50 years, you’re going to know what the other guy is thinking.”

Noles also singled out the camaraderie.

“That’s really what keeps people in it,” he said. “Other guys like working with us. They can ask questions, because we have worked different positions over the years. Those guys can draw from our experiences. We’re kind of the teaching unit. We’re all in our 70s, so people will call us the AARP group.”

Added Manord: “Our friendship and the confidence we have in each other is what stands out for me. We know we can rely on each other. We don’t have to worry about the other person. Those guys are dedicated. They want the best for the coaches, players and fans.”

It’s been quite a journey for the trio.

For every tail one tells, the other two can recount five more.

“We’ve got a war chest full of stories we’ve accumulated over the years,” Noles said. “Every year you call, something funny happens. Sometimes, a lot of funny stuff happens.”

Shavers and Manord shared a couple of those stories.

“The only time I’ve been physically attacked after a game was in a pee-wee or wee-wee game,” Shavers said. “Everyone thought their kid was going to be the next Joe Namath. That’s why you get paid more to cover those games.”

“We were covering Hoover and Tuscaloosa County at The Met,” Manord said. “Just before the half, all the lights went out during a double-reverse. It took them about an hour to get them back on if I remember correctly. Later in the game, Corky (Shavers) got hit hard. We went over there, and he looked up and asked, ‘Did I hurt him?’ It was just a joy working together.”

Between the three of them, they’ve seen a Heisman Trophy winner in action, watched athletes who’ve since gone on to play for national championship programs and performed on the biggest stage — the Super 7 games — that cap off each high school season.

But a lot has changed over those years, as the trio can attest.

“The players now are bigger, stronger and faster,” Shavers said.

Said Manord: “The players weren’t as conditioned back in the 70s. And the game of football has progressed with the coaches and all the technology. But I’ve seen a lot of good athletes and a lot of good coaches over the years.”

Although their officiating careers are now in the fourth quarter, the trio isn’t too worried about what lies ahead in the years to come.

The memories made, the experiences shared and the friendships forged by both will accompany them long after the final whistle blows.

“There’s a love of the game for all of us,” Shavers said. “Money is the last thing we care about. You can do anything and make more than what we make. We’re best friends, and we talk just about every day. I don’t know of three other guys who have lasted this long in one association. As far as for me, it’s a physical thing. My back hurts (laughs). I have my brace, my Bio-Freeze and my Tylenol. But we all tried to call every game fairly, whether people think we did or not.”

Added Noles: “We’ve got over 150 years of officiating between us. Most people don’t do it nearly as long as we do — they lose interest or get tired. It’s worked out well for us. We get together on a call, feed off each other and try to get it right.”

For Manord, it’s been all about the people along the journey.

“The friendships you develop with each other, coaches, fans, players — we’ve worked with some great people,” he said. “It’s been a rewarding career. It’s important to take pride in what you do. I hope what we’ve done over the years has helped the game of football. It’s not about the officials. It’s about the coaches, players and fans. We want to be invisible. If no one knows who officiated the game when it’s over, then we did a great job.”