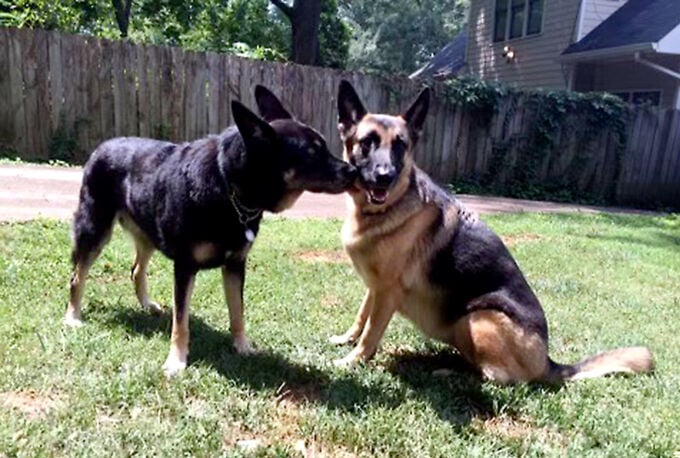 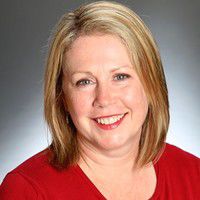 I have to admit: When I saw the news that Major Biden, the three-year-old German shepherd the President and Dr. Biden rescued, had a “biting incident” and was sent back to Delaware with their other shepherd, Champ, I was, well, a bit relieved.

Not that I want someone to get bit by a dog, of course. But as someone who has a German shepherd, I was envious of how easily the First Dogs seemed to have made the transition to the White House.

“Look at that,” I said to my shepherd, Elfie as I pointed to the news stories about the dogs romping around the White House lawn, seemingly unconcerned about cameras, reporters and staffers. “Major and Champ aren’t barking at every person who steps foot on the property or drives a loud truck past the house. They aren’t poking their noses into other people’s business, demanding to know where they’ve been or what they’ve eaten.”

“Slackers,” Elfie replied, flicking a pointy ear at me in disdain (stories about how scary-smart German shepherds are are not exaggerated; I swear they can talk).

She is not the first German shepherd I’ve had. Gunter, my sweet old boy who I had from eight-weeks-old until he died at age 11, was my first. I made sure we did a lot of socialization. We did training. Still...

“Don’t look at him. Don’t talk to him. Let him come up to you. But above all, DON’T MAKE EYE CONTACT,” I would tell first-time visitors to our house, like I was hosting some high-profile celebrity (hello, Katy Perry), and they were some lowly peon.

Gunter always kept me guessing. There were visitors who he loved immediately. For others, he had a secret system I was never privy to. It could be anywhere from two to five visits where he would emit low growls if they got too close, and follow them around as if at any minute they were going to steal the family silver. Then one day the person would come over and, like a switch had been flipped, Gunter would greet them as if they were his long-lost best friend.

This dog, who never experienced any unkindness from humans in his life, took “stranger danger” to heart. Once, while on a run, we stopped for water outside a store. The owner came out and pulled a dog treat from a pocket. Gunter politely declined. She tried a different kind of treat. Again, he turned his nose up at it. When she tried a third time, he’d had enough and barked at her while backing away. If he could talk - and, again, I swear these dogs can - he was absolutely saying, “no means no!”

Elfie has also been with me since she was a pup. We did socialization with dogs, cats and kids; completed several levels of training; and eventually earned her Canine Good Citizen certification. Now that she’s an old lady, being a good citizen apparently means barking at anyone who dares talk to me on our walks, grabbing the leash in her mouth and dragging me across intersections, and trying to get right in the face of anyone who comes to the house.

Like Major, she had a “biting incident.” Several years ago I was dining outside with her at my feet when a man came up behind us and reached out to pet her. Neither of us saw it coming, and her reaction was to nip at him. Fortunately, it was not a serious bite, but it shook all the humans involved (Elfie went back to sleep; naps are an important part of her schedule). Also: don’t pet a dog without checking with the owner first. I’ve found people in Cullman are particularly good about asking first, and I am very appreciative of that.

So when Major had a minor biting incident similar to what Elfie and I have been through, I felt a bit better as a dog owner. Because it served as a reminder that you can do everything right - give them lots of love and security, space to roam and regular exercise, do training and socializing - but at the end of the day, they’re still dogs. Even the ones that can talk.