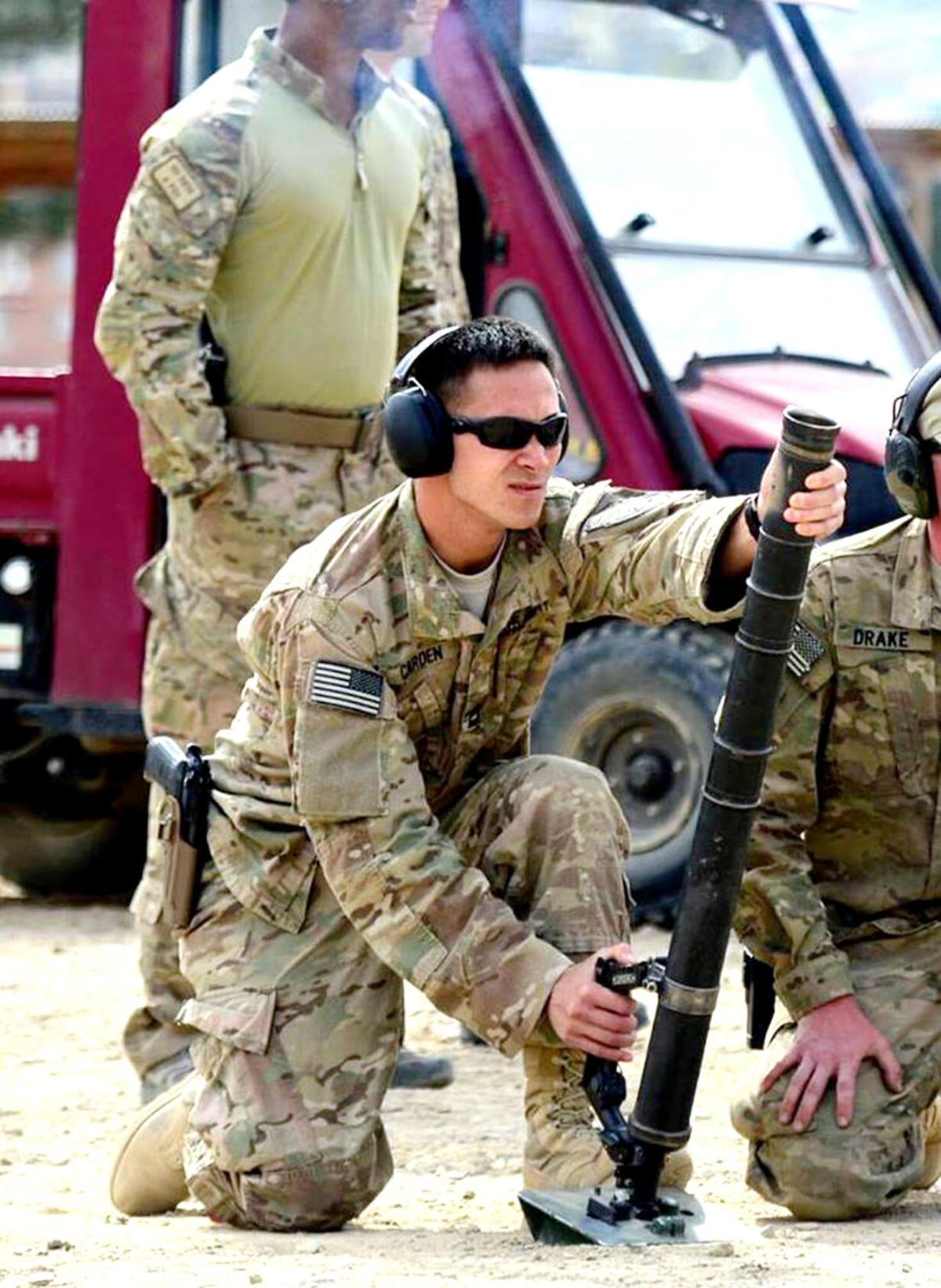 Carden fires a mortar during a training exercise circa 2013 just outside of Kabul, Afghanistan. 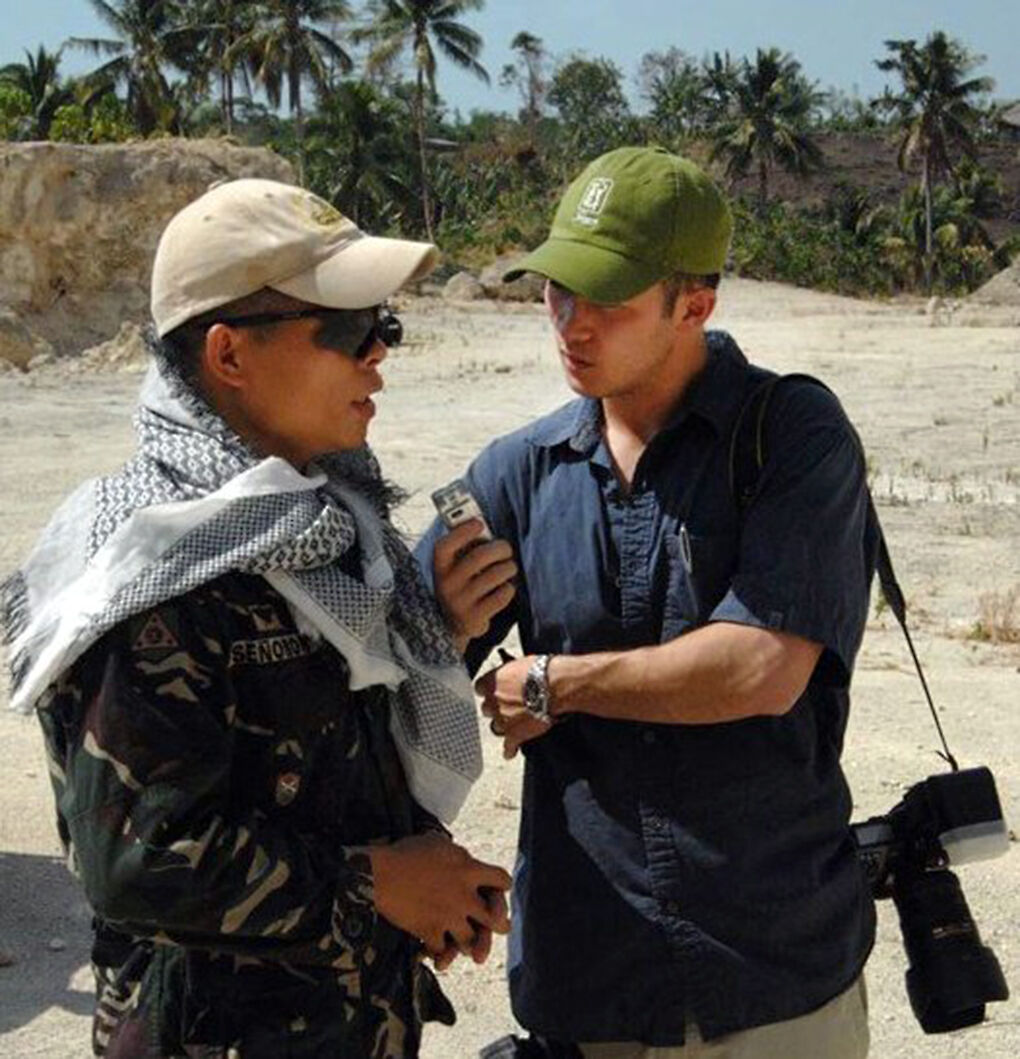 Michael Carden interviews a Filipino soldier in the southern Philippines in February 2010. 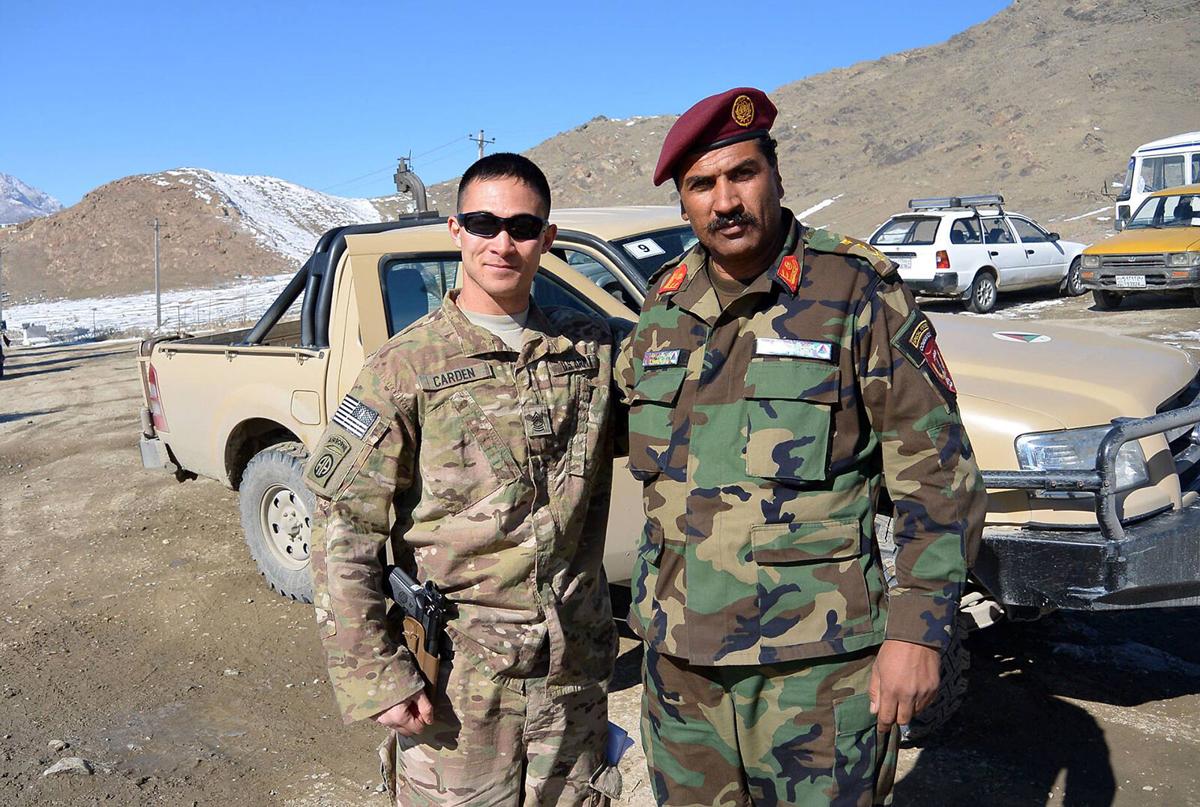 Carden fires a mortar during a training exercise circa 2013 just outside of Kabul, Afghanistan.

Michael Carden interviews a Filipino soldier in the southern Philippines in February 2010.

As the high school graduates of 2021 are making plans for the next chapter in their lives, Vinemont High School Class of 1999 graduate Michael Carden is an example of how sometimes plans change in ways you didn't see coming.

Carden, who was president of his graduating class and an All-Area and All-County basketball player, has spent nearly 20 years in the Army and is now a Command Sergeant Major - the highest Non-Commissioned Officer rank - at Carlisle Barracks, Penn., home of the Army's top school, the Army War College, which educates the most senior officers and NCOs and General Officers.

It was not the path he saw for himself, however, when he accepted his high school diploma in 1999.

"Like a lot of us at that time, especially those of us that were into sports, I didn't think much past my next practice or the next basketball season," he said. "I had it in my mind I'd go to Wallace, I'd walk onto the basketball team and that would be where I went."

But within a month of attending classes, he knew it wasn't right for him. "I had no clue what I wanted to do with my life," he said. "I tell my kids and younger soldiers this all the time: If you don't have the right influences, the only professions you really thought about were teacher, lawyer, doctor, construction worker."

He ended up doing construction work with his dad.

However, he'd had an interest in military service and was a good writer. Then he saw the movie "Full Metal Jacket" and the character of Joker, a Marine journalist, showed Carden a future he hadn't realized was possible. "I saw that and thought, 'hey, I wonder if you can do that in the Army?'"

He could and he did, signing his enlistment papers in April 2001. He reported for basic training in October, a month after 9-11 attack on the United States.

"I was on a construction job in LaGrange, Ga., with my dad," he said. "It was early morning and we were listening to the radio. A couple of the older guys, some of whom were actually veterans themselves, were like, 'sure you still want to join?' I said, 'That's exactly why I want to join.'"

"I was actually the very first public affairs person assigned to an Airborne infantry combat brigade team, in the 82nd Division," he said. In addition, "I was in charge of detachment of public affairs soldiers, the 49th Public Affairs Detachment, which is the only airborne detachment of its kind in the military, period, which was a great experience."

Along the way, he told the stories of the men and women he served with through photos and words. "It really made me proud to see how proud this infantry guy or aviator or special forces dude was when I was able to take a cool photograph of him or quote him in an article and he'd have something to send home," said Carden.

Even when he wasn't able to name the soldier due to security concerns, "It was still something that they had. A lot of people, even as hard on the exterior as some soldiers are, they really appreciated it, and it was cool to be part of that," said Carden.

He also spent a year as Public Affairs Advisor to the 15th Sergeant Major of the Army. In his current position, he's the right-hand to the commander at Carlisle Barracks, overseeing public works, security, personnel services.

He's a big proponent of the military, especially the 82nd Division, and encourages young people to consider it as a career, but the father of three is also a proponent of challenging yourself no matter what age you are.

"Don't limit yourself to where you are now," he said. "It's important for all of us at any age to find your adventure in life. What makes you fulfilled? I'm a big proponent of physical fitness, too, so even if it's running or cycling, don't sell yourself short. There's always a better version of yourself to reach. Always be humble, but know that you can do better and achieve more."